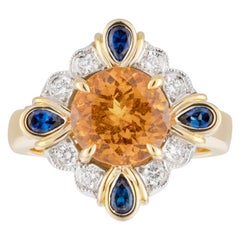 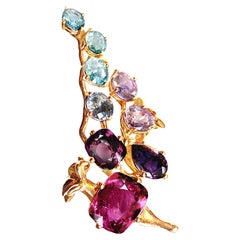 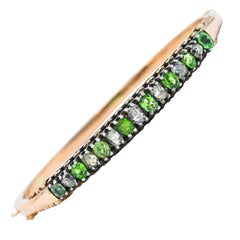 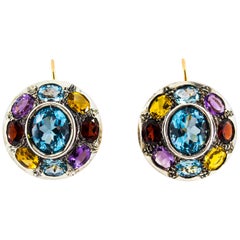 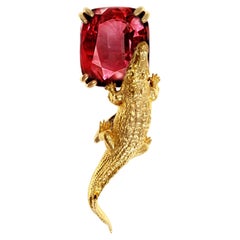 Free Shipping
Gemjunky Sparkling Opal Pendant with Accents of Garnet and Zircon
By Gemjunky/M D Designs
Located in Tuxedo Park , NY
Gorgeous drop shaped Opal with flashes of red, blue, and green. How great is that?! This is so beautiful. This unique Gemjunky pendant is hinged for versatality so you can hang it...
Category

Gemjunky Sparkling Opal Pendant with Accents of Garnet and Zircon

Free Shipping
Diamonds, Amethyst, Peridots, Garnets, Pearls,Cameo,9Kt Gold and Silver Bracelet
Located in Marcianise, Marcianise (CE)
SHIPPING POLICY: No additional costs will be added to this order. Shipping costs will be totally covered by the seller (customs duties included). Buyer will be in charge of these cus...
Category

Free Shipping
Vintage Garnets 18 Karat Gold Engraved Bracelet Handcrafted in Italy
Located in Milano, IT
Stunning vintage bracelet dating back to the 1960s with natural deep red garnets. It is crafted in 18 karat light rose gold and entirely engraved by hand. The bracelet length is 195 ...
Category

Vintage and antique garnet jewelry has been around for a long time.

Garnets have been used for adornment going all the way back to the Bronze Age. While we will never know if garnets can be used to prevent plagues or heal warriors, as has been suggested, we do know that both the Egyptians and the Romans felt that it was a worthy stone to set in gold for their nobility. In more “recent” times, garnets were ubiquitous in Victorian jewelry. The “G” in REGARD rings, the equivalent of the modern-day engagement ring, implied garnet.

Garnets were also highly valued in the region of Bohemia. The Smithsonian Museum of Natural History has in its collection an antique hairpin with Bohemian pyrope garnets from the Czech Republic. Bohemian pyrope got its name from Bohuslav Balbín, sometimes referred to as the “Czech Pliny,” in 1679. Abundant in the region, it was used often in jewelry during this time. In fact, it became so popular that in 1762, Empress Marie Terezie forbade its export. Stonecutting workshops opened in several regions across Bohemia, and pyrope became the country’s mineralogical symbol. While there was never a decline in its popularity, it was only in the mid-20th century that garnets enjoyed a revival.

Garnets can come in many shapes and sizes — one of the largest ever discovered is a 68.82-carat Tsavorite garnet. This stone is also in the collection of the Smithsonian Museum of Natural History.

According to the Gemological Institute of America, Brazil’s mines are rich in garnets, including spessartine, which can also be found in the Myanmar area, recognized for a specific shade of reddish-orange. While red garnets are the most popular, garnets actually come in a medley of colors.

Find a collection of antique and vintage garnet rings, necklaces and other jewelry today on 1stDibs.