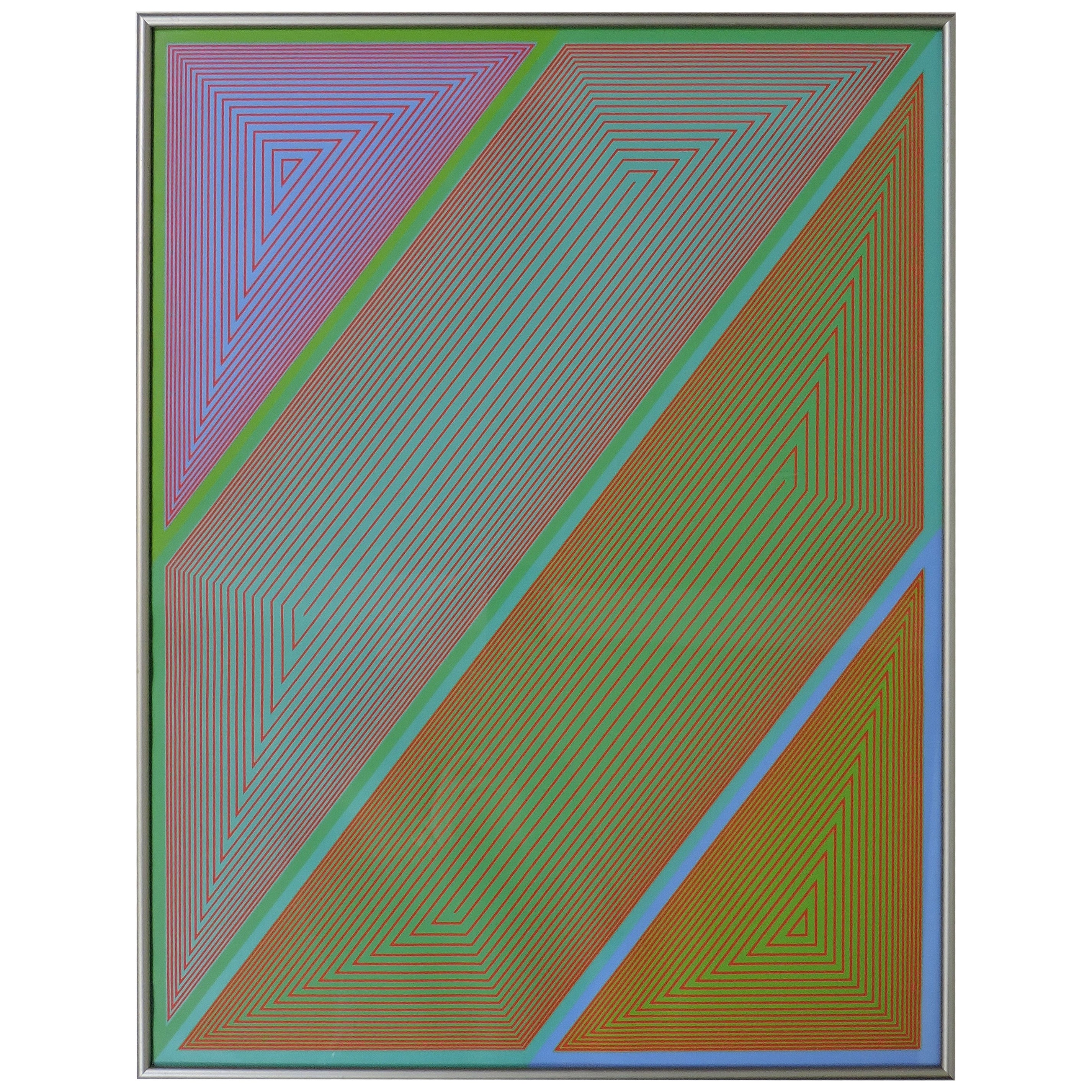 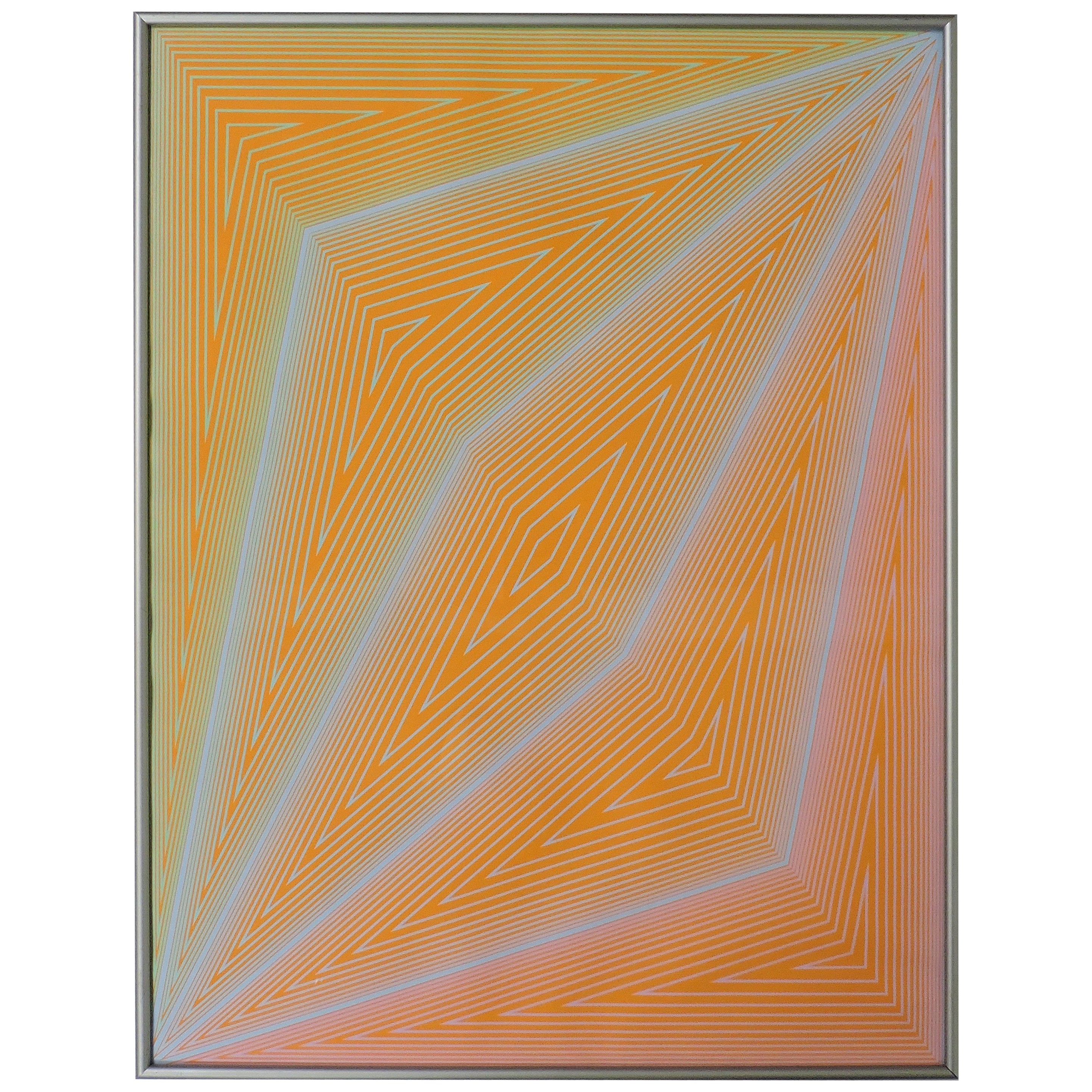 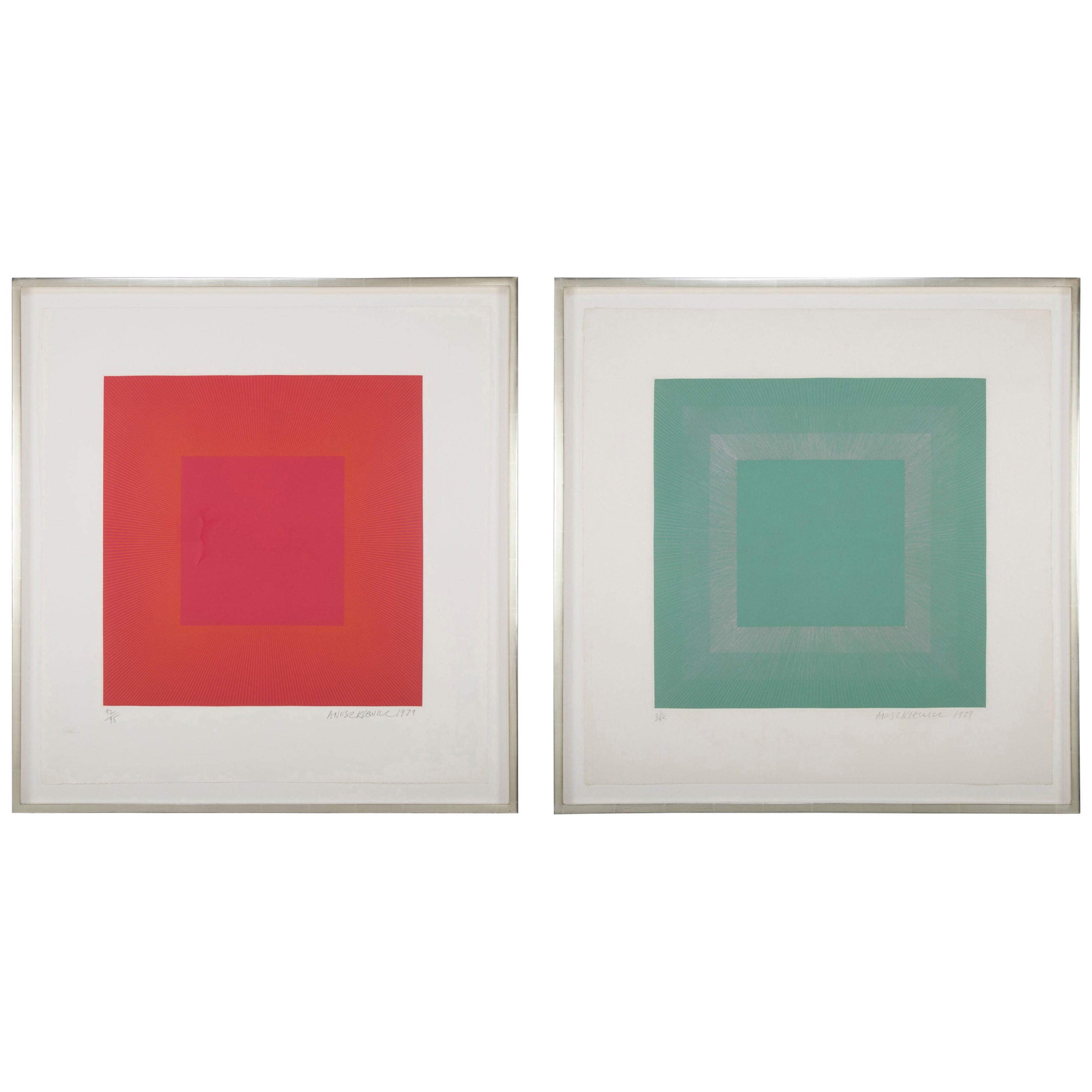 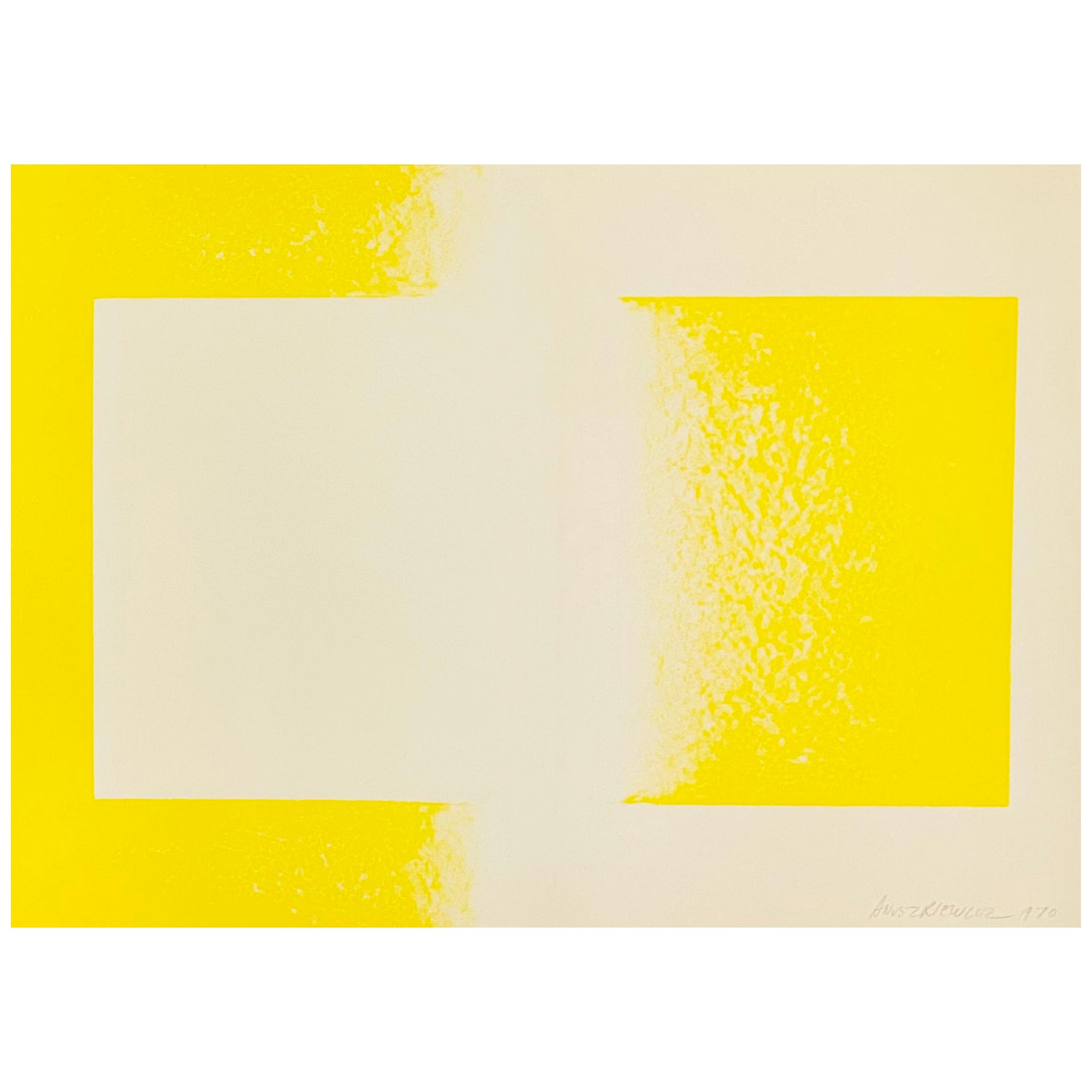 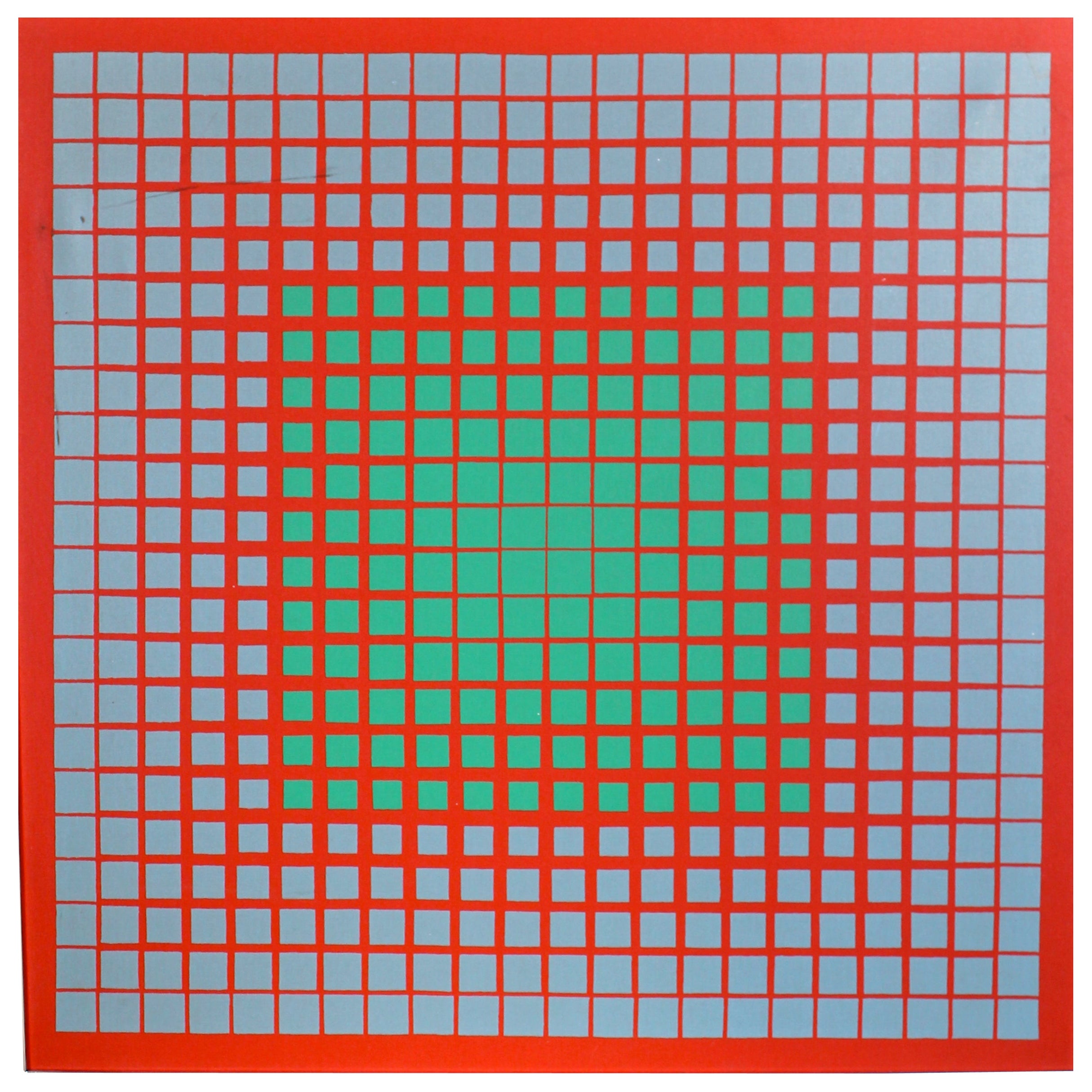 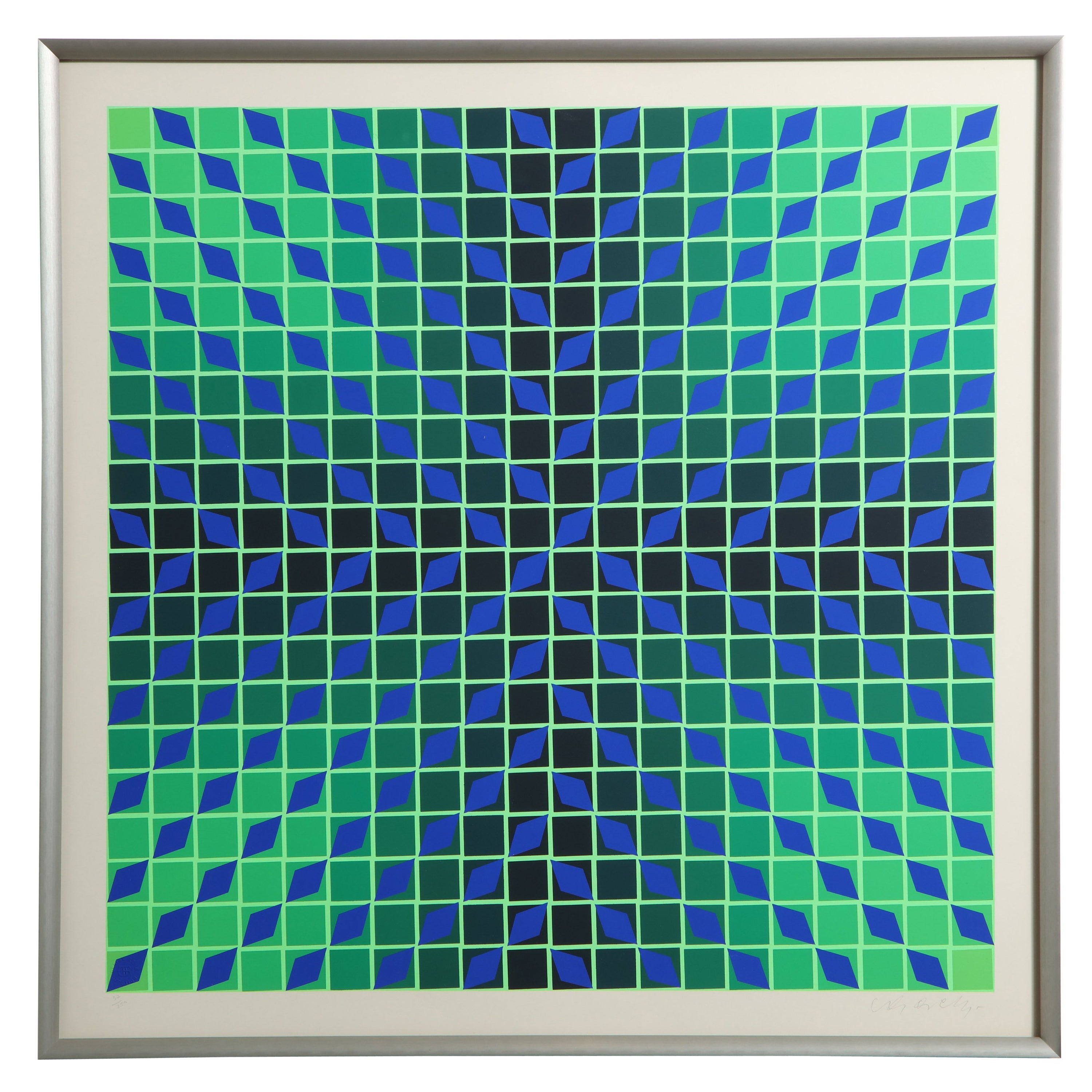 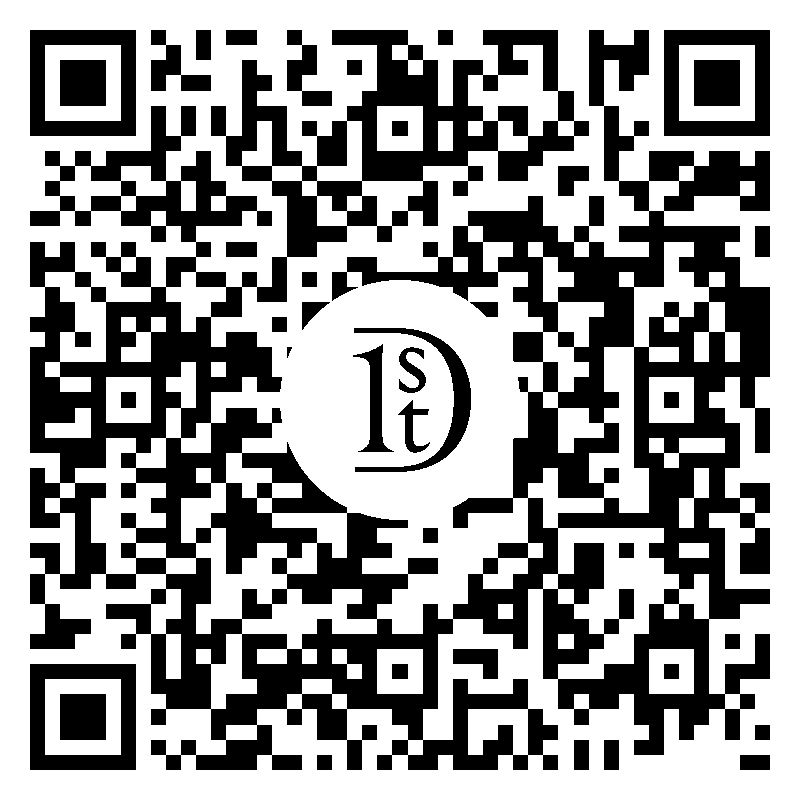 Beautiful Op Art serigraph by Richard Anuszkiewicz, one of ten from the Inward Eye portfolio with text from William Blake. The portfolio was published by Aquarius Press, France, and printed by Domberger, Stuttgart in Germany. This artwork is composed of striking complementary colors in geometric forms and is framed and ready to hang. We also have two other prints from the portfolio available separately.

“I’m interested,” Richard Anuszkiewicz (1930–2020) once said, “in making something romantic out of a very, very mechanistic geometry.” Anuszkiewicz sought to achieve this romance through works juxtaposing vibrant colors in geometric configurations. The perceptual effects he created helped define the American Op art movement.

Anuszkiewicz studied color theory at Yale under Josef Albers and was greatly influenced by Albers’s approach. “The image in my work has always been determined by what I wanted the color to do,” Anuszkiewicz explained in a 1974 catalogue. “Color function becomes my subject matter, and its performance is my painting.”

He departed from his mentor, however, in the pulsating, illusory qualities he gave his work. One of his most famous paintings, Deep Magenta Square (1978), although similar in composition to Albers’s “Homage to the Square” series, is distinctly Op art in the way the striations surrounding the central square seem to vibrate and jump off the canvas.

Anuszkiewicz spent his entire career exploring optical effects through the manipulation of line and color, producing spectacular and timeless pieces of art. “Working with basic ideas will always be exciting,” he said in 1977. “And if a color or form is visually exciting in any profound sense, it will be that way in 10 or 20 years from now.”

Browse a variety of paintings and prints by Richard Anuszkiewicz at 1stDibs.

About the Seller
5 / 5
Located in Chesterfield, NJ
Gold Seller
These expertly vetted sellers are highly rated and consistently exceed customer expectations.
Established in 2003
1stDibs seller since 2017
100 sales on 1stDibs
Typical response time: 1 hour
More From This Seller
View All From Seller