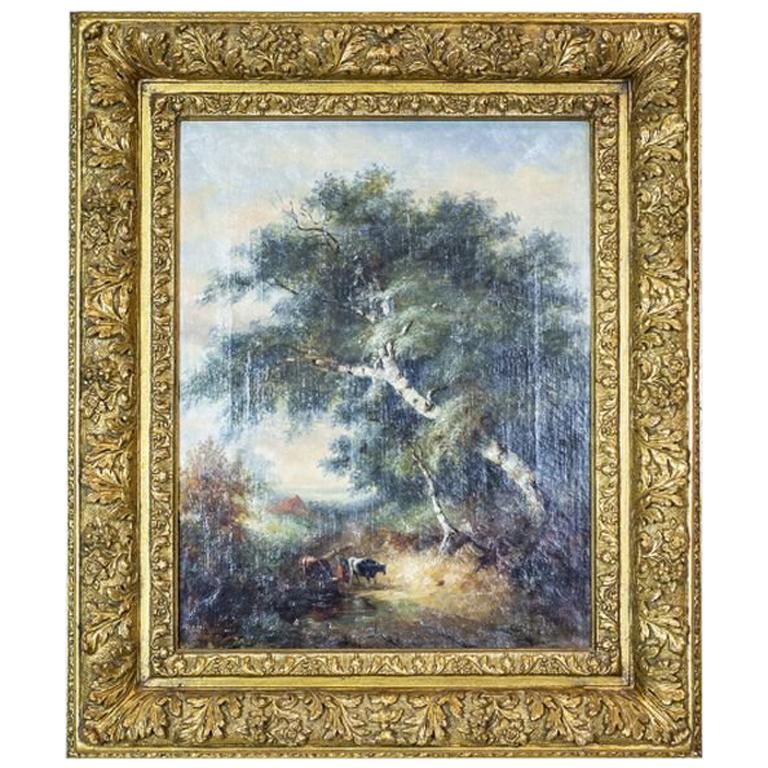 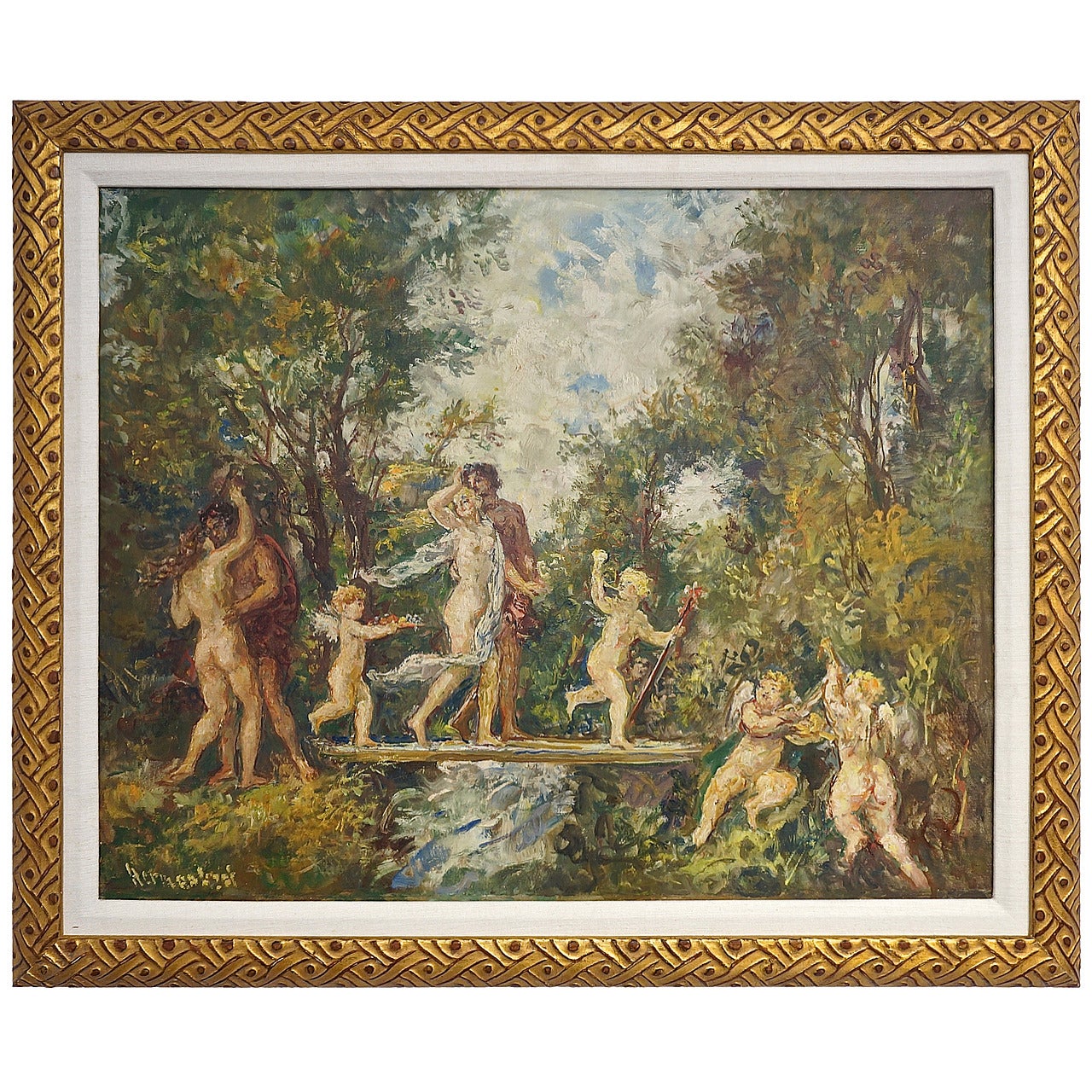 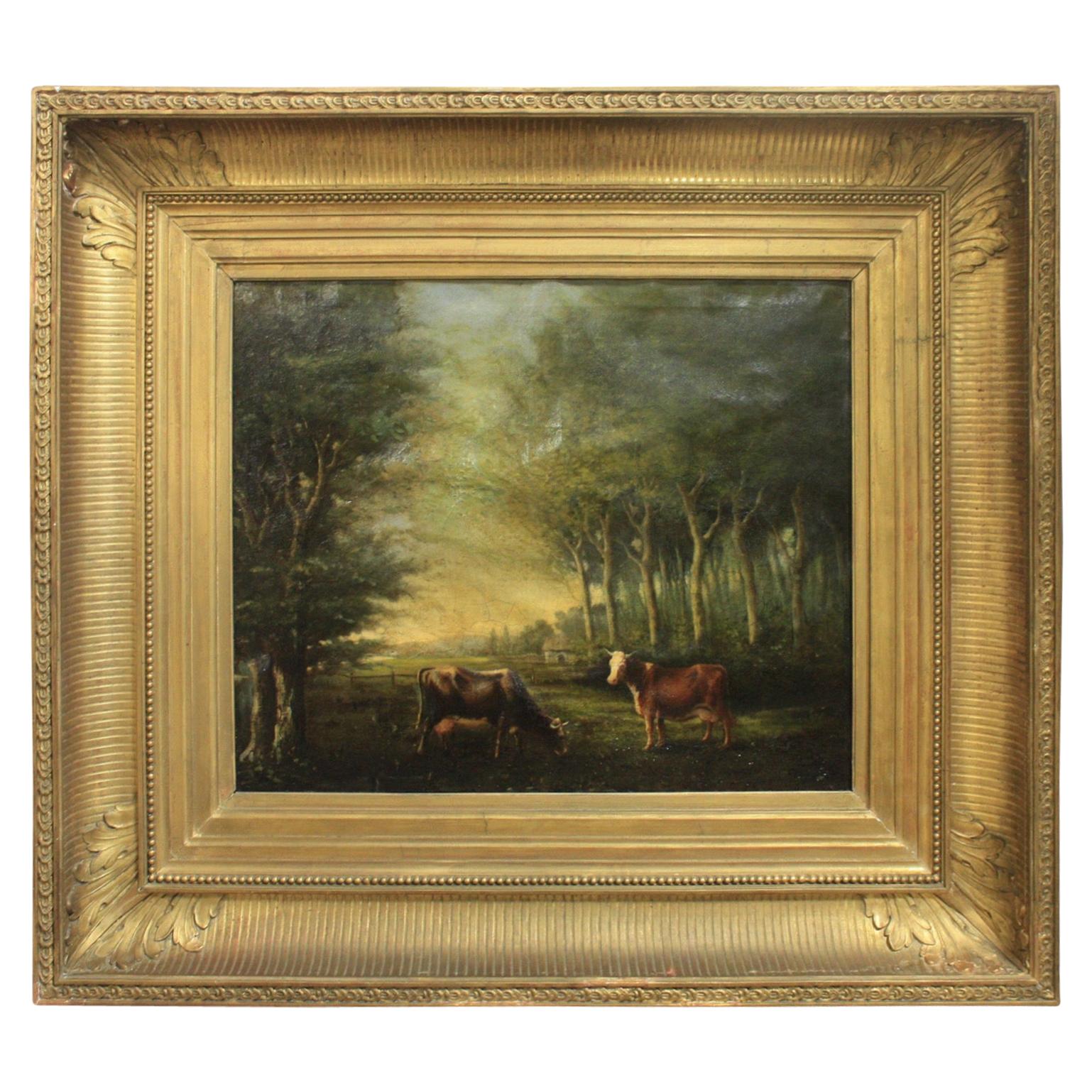 B Horses in a Field, Late 19th Century, Oil on Canvas, Henry Shouten 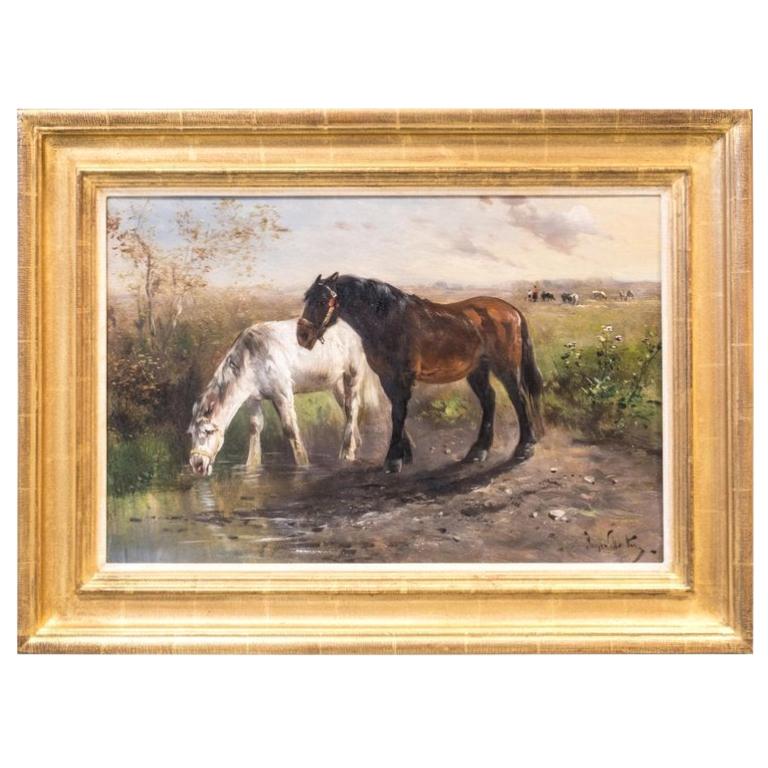 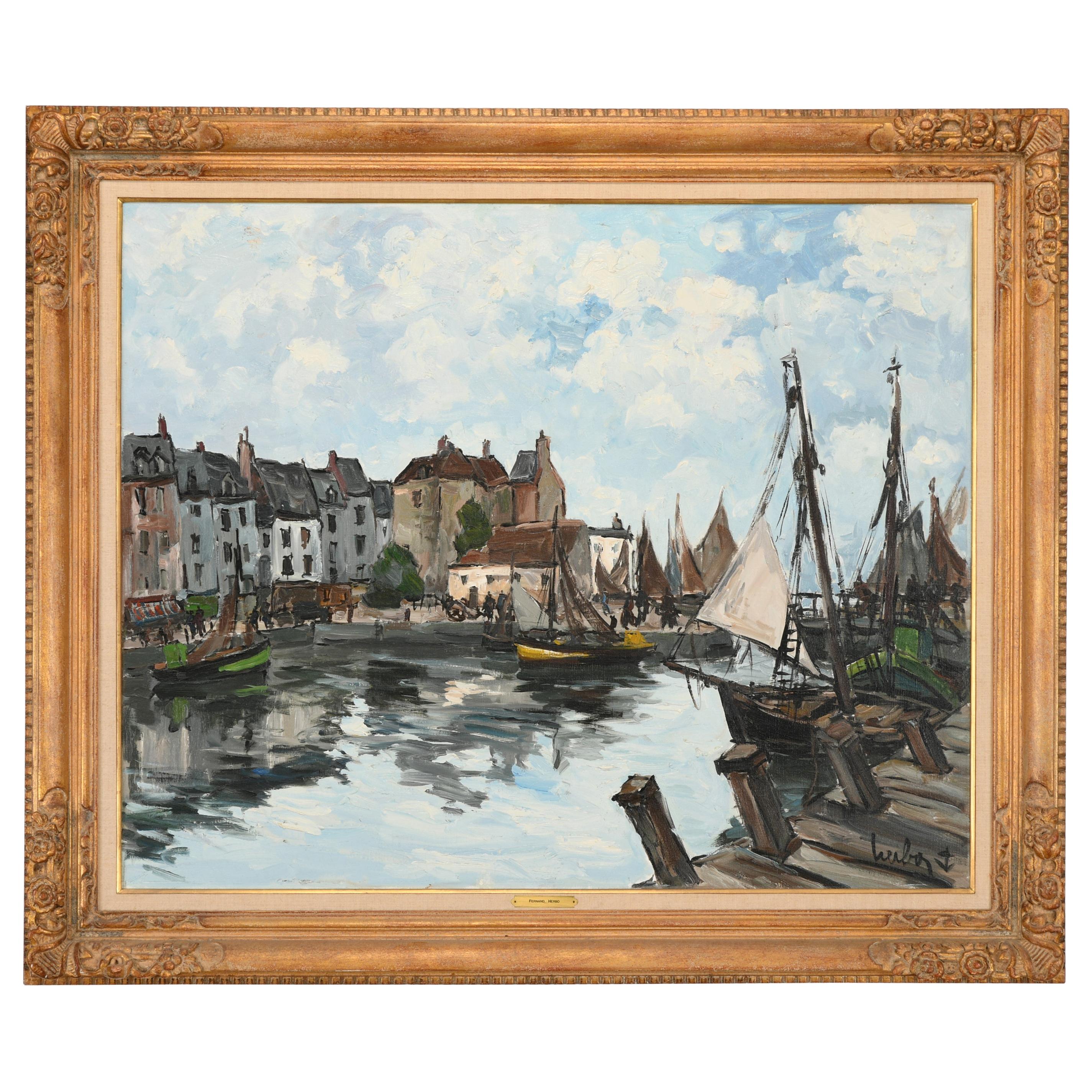 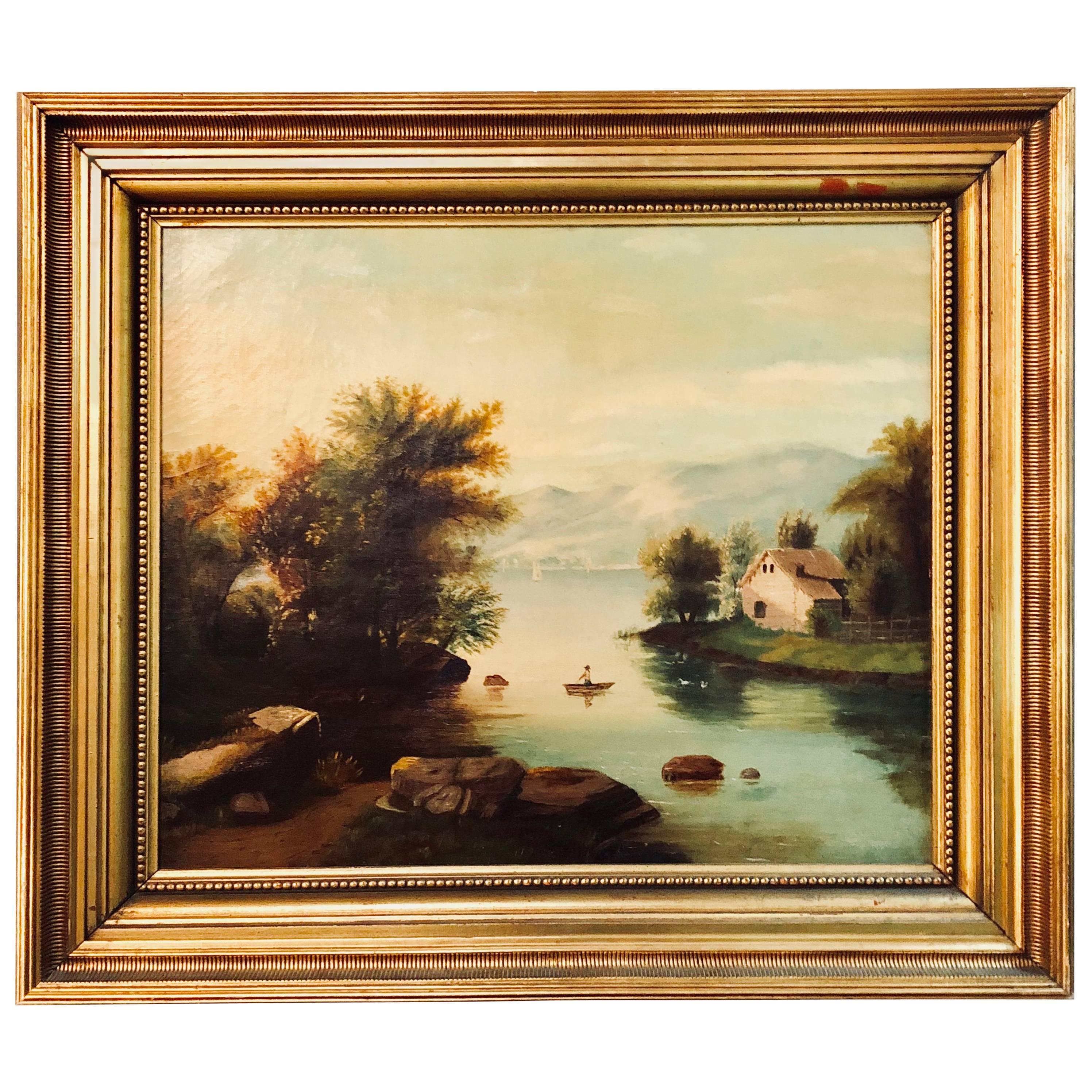 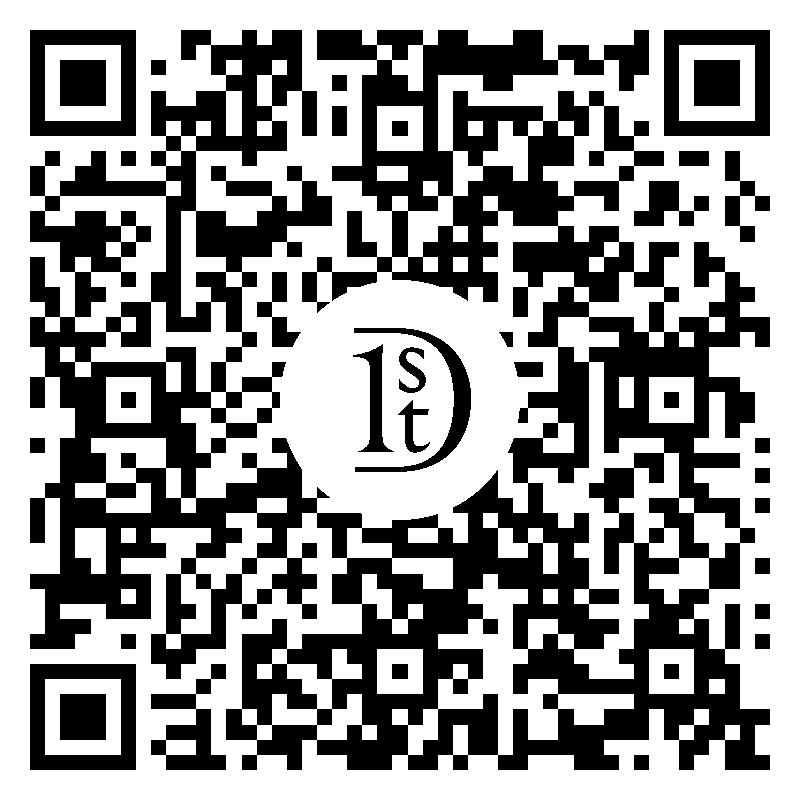 A monumental French oil on canvas 19th-20th century lovers in the field. This wonderfully detailed oil on canvas has been relined and sits in a custom gilt gold carved frame that is five inches in width. We acquired this Fine work directly from a New Canaan CT home. 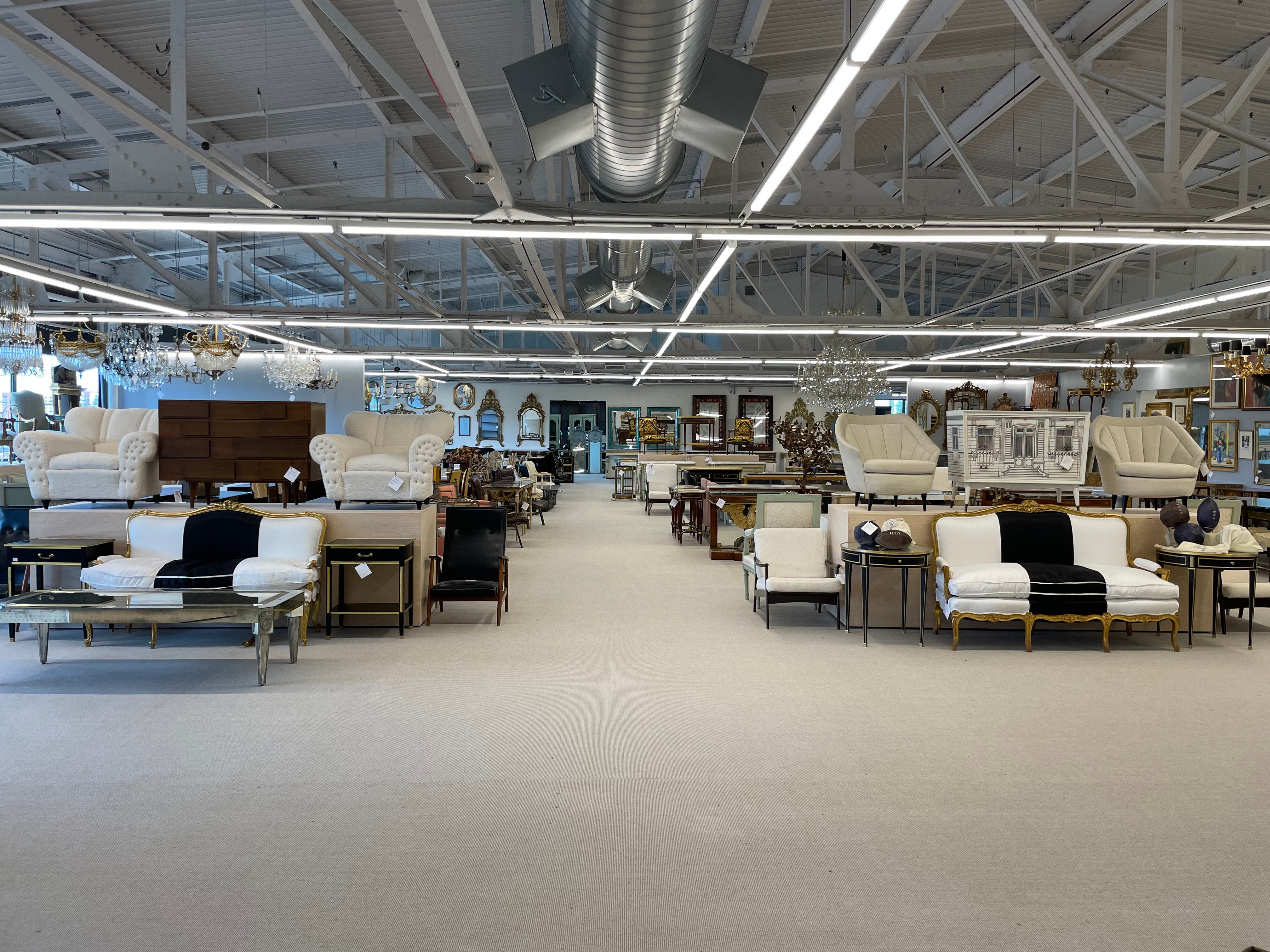 Greenwich Living Antique & Design Center is the largest single-owner facility of its kind with an expansive location in Stamford, Connecticut. It deals in one-of-a-kind and custom-made furnishings, including Maison Jansen and Tommi Parzinger creations plus Louis XV and other 20th-century pieces. All come with lifetime guarantees and ca...

Diamond Seller
These expertly vetted sellers are 1stDibs' most experienced sellers and are rated highest by our customers.
Established in 1975
1stDibs seller since 2009
1,214 sales on 1stDibs
Typical response time: <1 hour
More From This Seller

Oil on Canvas from the Turn of the 19th and 20th Centuries
Located in Opole, PL
“Cows in the brush” – oil on canvas. The signature in the left-bottom corner is illegible. Dimensions: 35 x 45 cm.
Category

US$1,440
"The Garden" oil on canvas: Herman Lipot 20th Century
By Herman Lipót
Located in West Palm Beach, FL
This charming allegorical painting depicts lovers being entertained by puttis with sweets and music. The colors are very much in the mood of spring and all its glory. The piece is fr...
Category

US$5,200
B Horses in a Field, Late 19th Century, Oil on Canvas, Henry Shouten
Located in Lantau, HK
A late 19th century oil painting by Belgian artist Henry Schouten (1864-1927). The scene depicts two work horses in the wilderness. One of the horses is drinking water from a paddle ...
Category

B Horses in a Field, Late 19th Century, Oil on Canvas, Henry Shouten