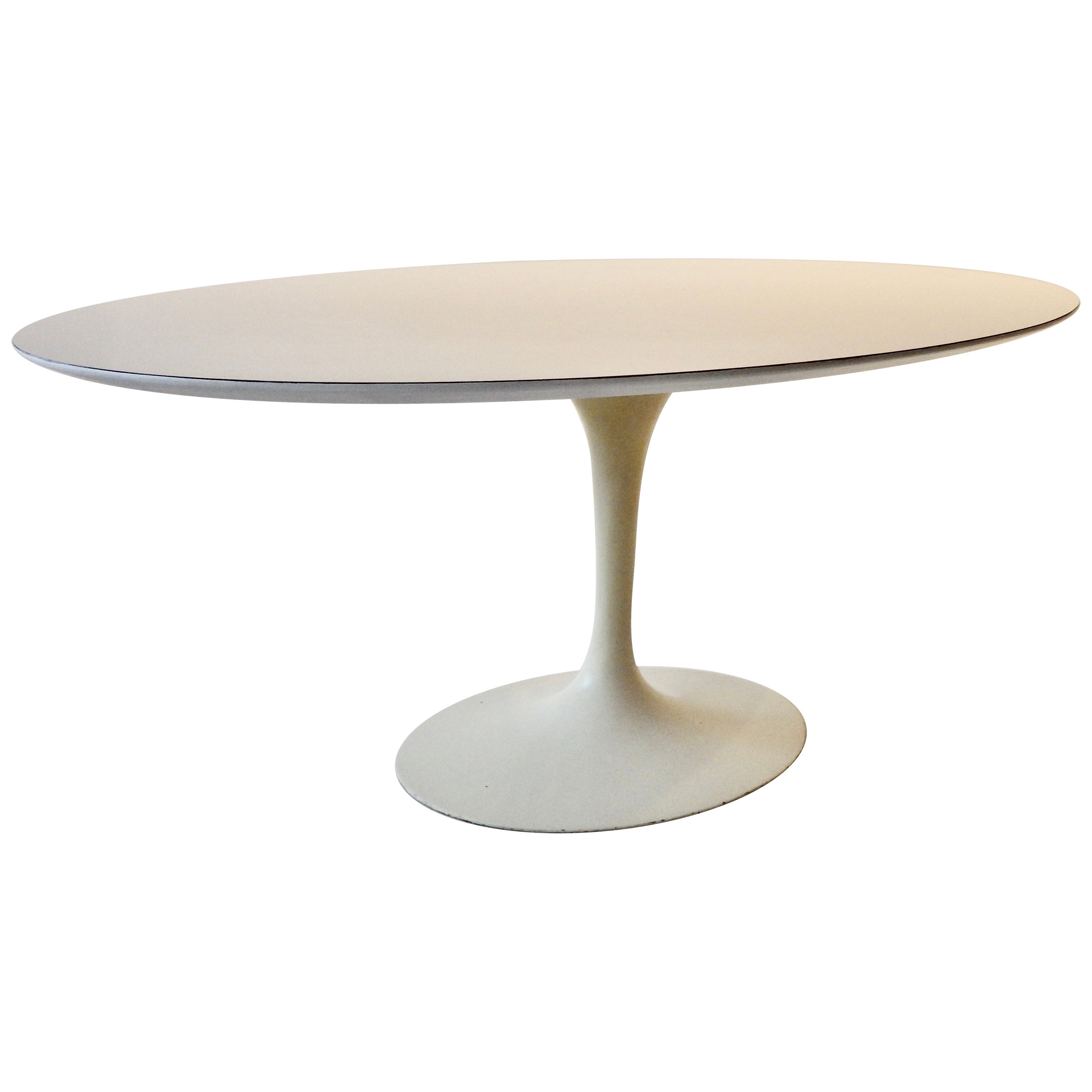 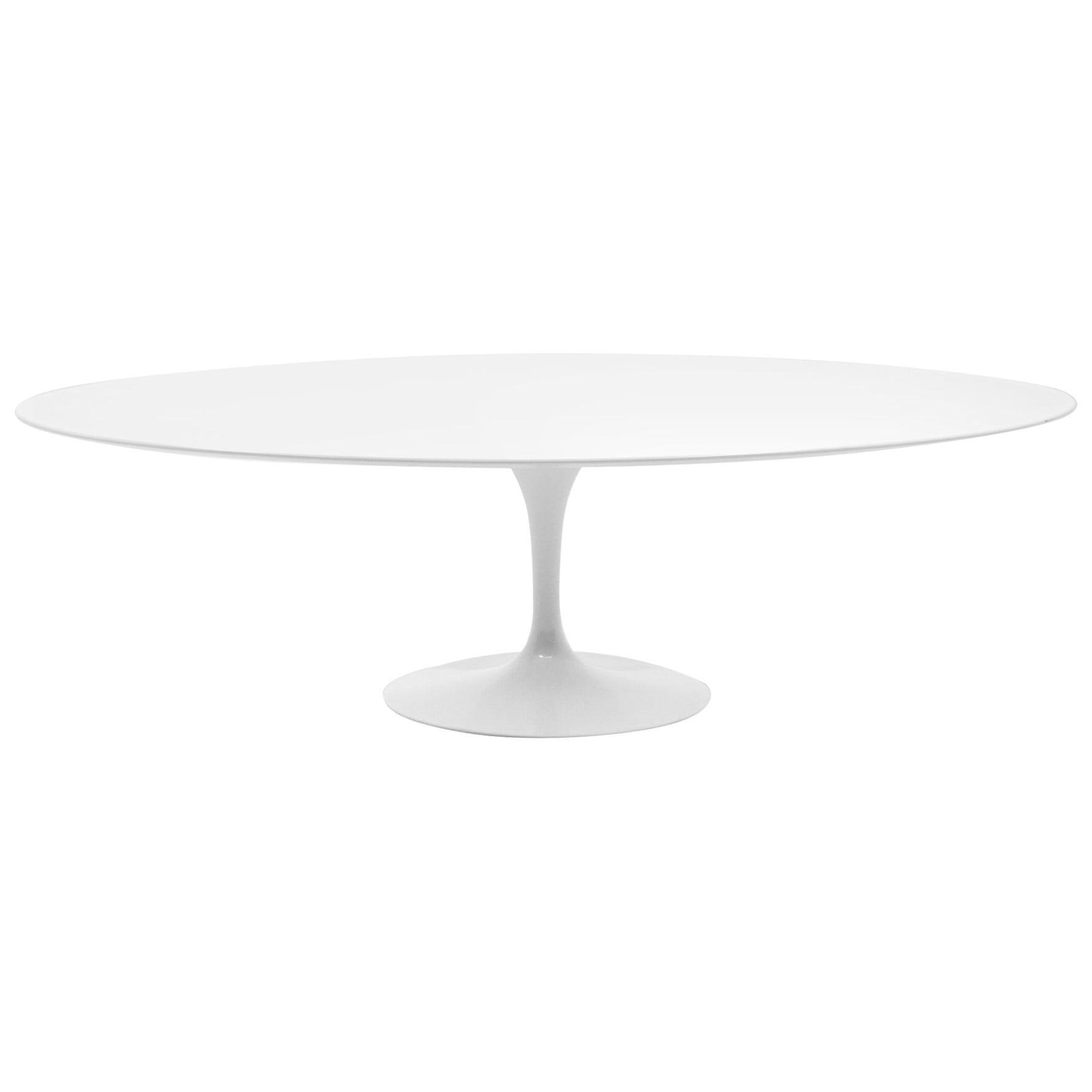 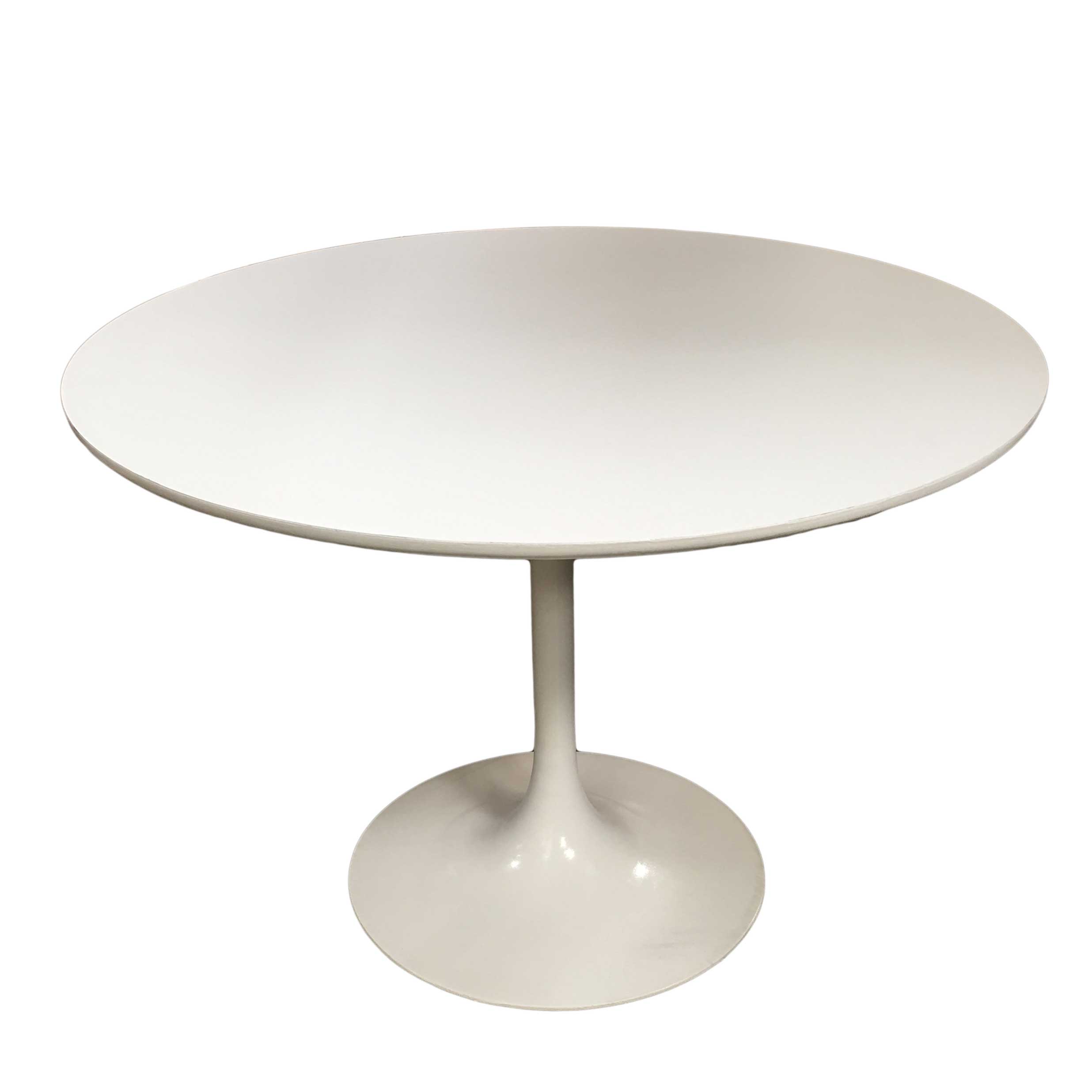 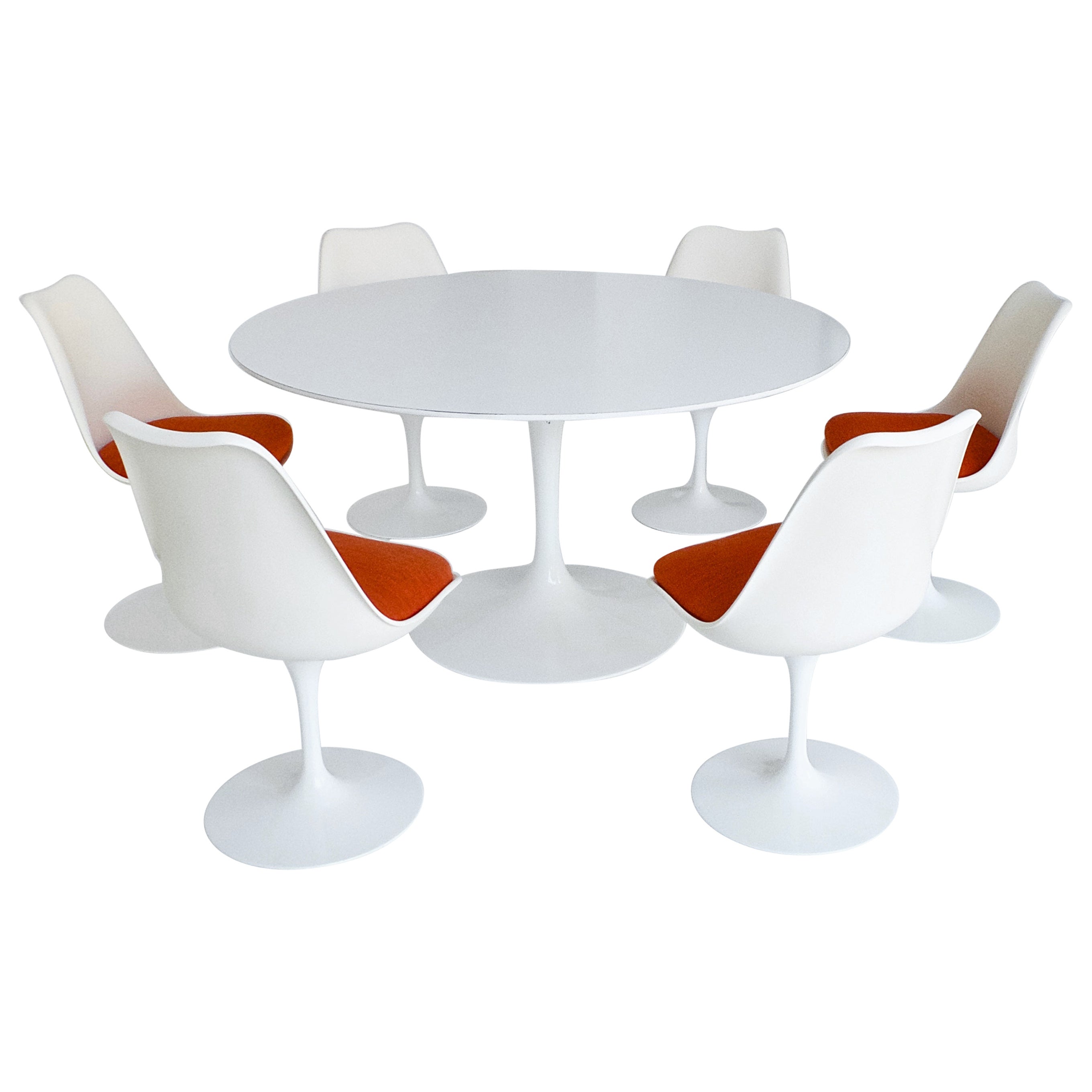 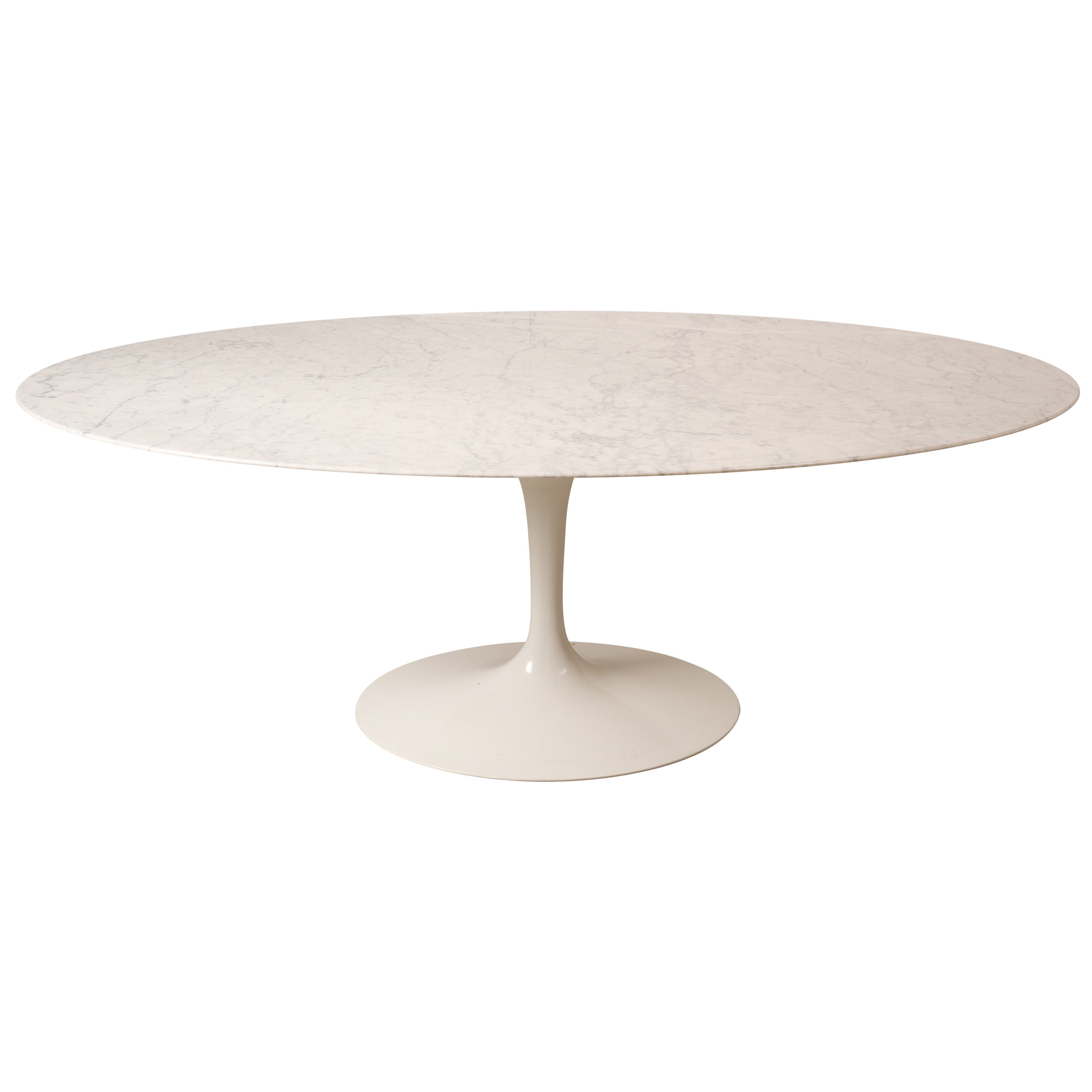 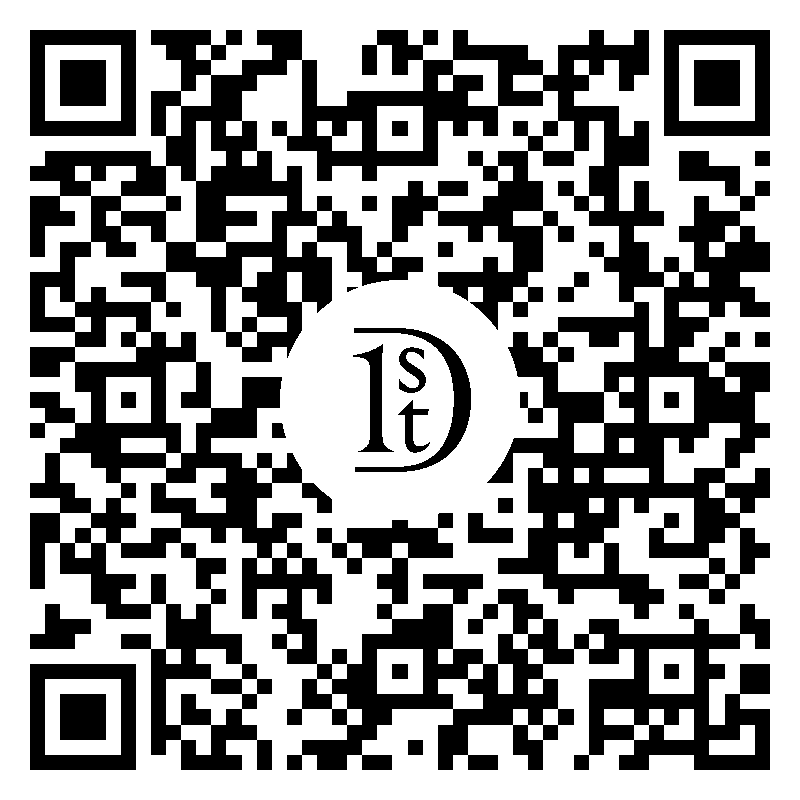 This oval Eero Saarinen for Knoll 'Tulip' pedestal dining table is the largest of the sizes they make, 96" wide which is large enough to comfortable seat 8 people. Signed underneath with Saarinen's signature, this Knoll Pedestal table was produced in 2006 as part of their "50th Anniversary" of the design and is commemorated with the 50th Anniversary Knoll plaque. Consider using this 96" oval Knoll Tulip pedestal table in white laminate as a dining table, a desk or a conference table. Looks great with the classic go-to Tulip chairs or mix it up with something unique such as Scarpa chairs, Milo Baughman chairs or Vladimir Kagan dining chairs. Contact us for our current selection of dining chairs or see our other listings. If you are seeking the marble equivalent of this design, contact us for our current selection. MEASUREMENTS: H 28.25" x W 96" x D 54" CONDITION: Excellent condition with very light wear. Ready to be used immediately.

Through his work as an architect and designer, Eero Saarinen was a prime mover in the introduction of modernism into the American mainstream. Particularly affecting were the organic, curvilinear forms seen in Saarinen’s furniture and his best-known structures: the gull-winged TWA Flight Center at John F. Kennedy airport in New York (opened 1962), Dulles International Airport in Virginia (1962) and the Gateway Arch in St. Louis, Missouri (1965).

Saarinen had a peerless modernist pedigree. His father, Eliel Saarinen, was an eminent Finnish architect who in 1932 became the first head of the Cranbrook Academy of Art in suburban Detroit. The school became synonymous with progressive design and decorative arts in the United States, and while studying there the younger Saarinen met and befriended several luminaries of mid-century modernism, among them Harry Bertoia and Charles and Ray Eames.

At Cranbrook, Saarinen also met Florence Schust Knoll, who, as director of her husband Hans Knoll's eponymous furniture company, would put Saarinen’s best designs into production. These include the Grasshopper chair, designed in 1946 and so named because its angled bentwood frame resembles the insect; the Tulip chair (1956), a flower-shaped fiberglass shell mounted on a cast-aluminum pedestal; and the lushly contoured Womb lounge chair and ottoman (1948). In his furniture as in his architecture, the keynotes of Eero Saarinen’s designs are simplicity, strength and grace.

About the Seller
5 / 5
Located in Los Angeles, CA

Recognized Seller
These prestigious sellers are industry leaders and represent the highest echelon for item quality and design.
Diamond Seller
These expertly vetted sellers are 1stDibs' most experienced sellers and are rated highest by our customers.
Established in 2012
1stDibs seller since 2015
1,194 sales on 1stDibs
Typical response time: 1 hour
Associations
20th Century Specialists
More From This Seller
View All From Seller

$4,400 Sale Price
20% Off
Early Tulip Pedestal Dining Set by Eero Saarinen for Knoll
By Eero Saarinen, Knoll
Located in Munster, NRW
This dining set, consisting of a round dining table and 6 side chairs, dates back to the 1970s and is in very good vintage condition. The white color of the plastic seat shells di...
Category