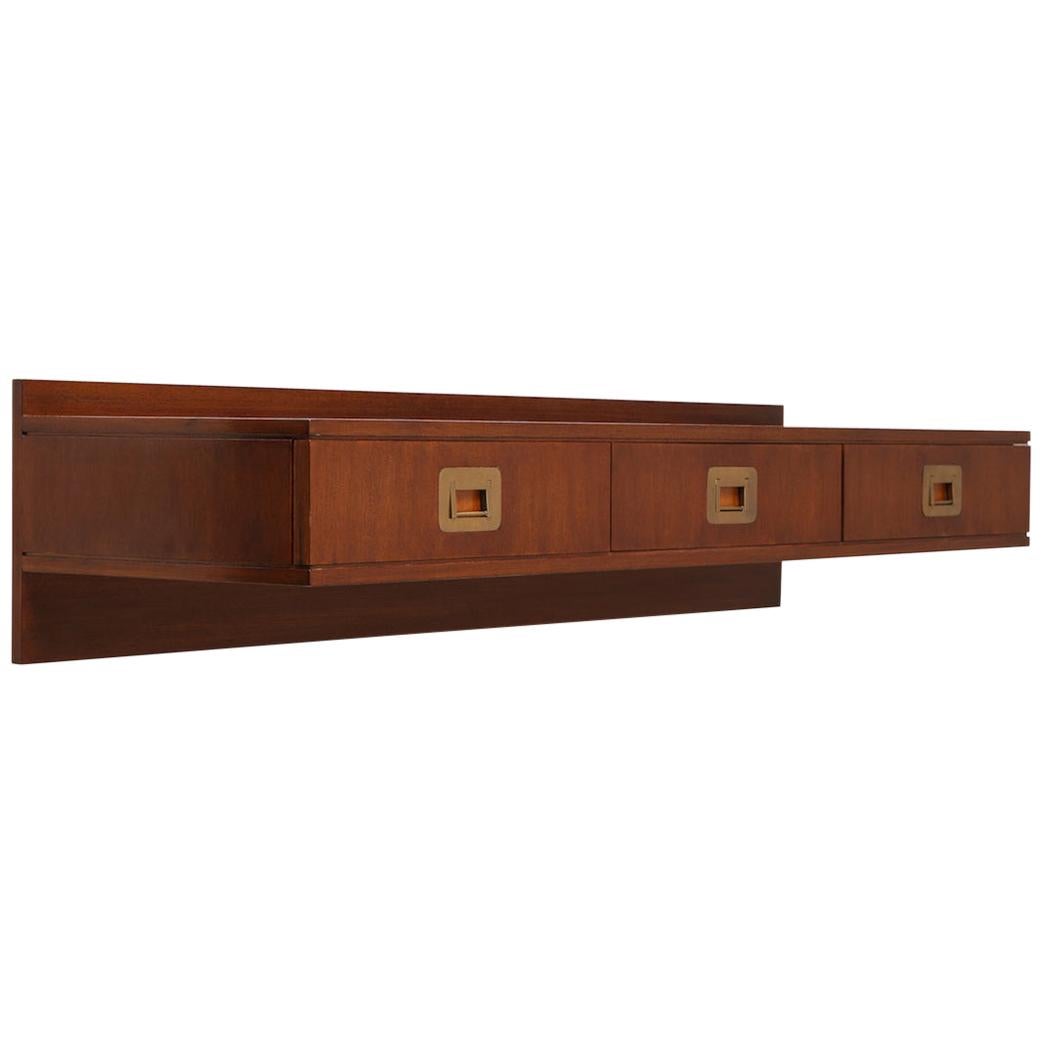 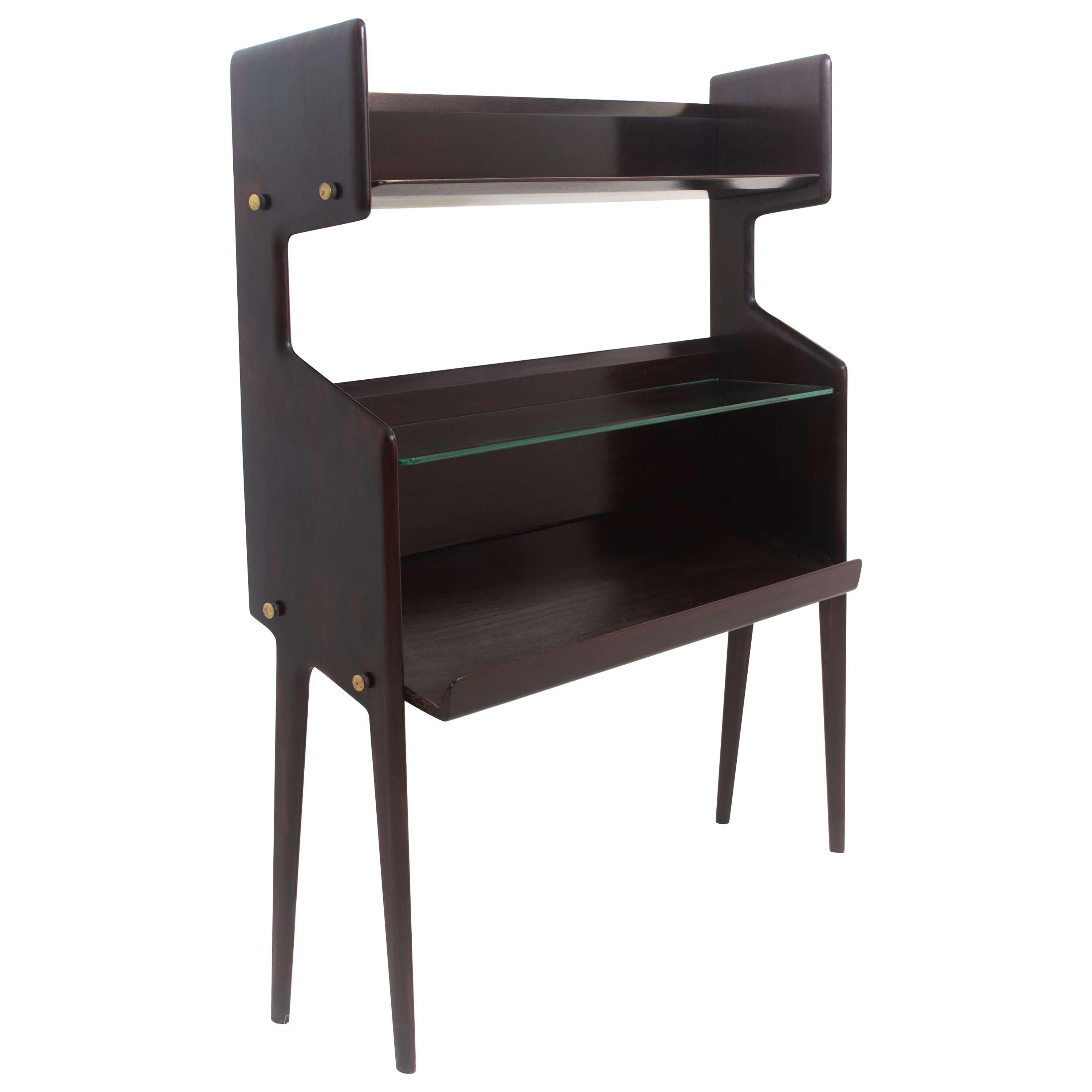 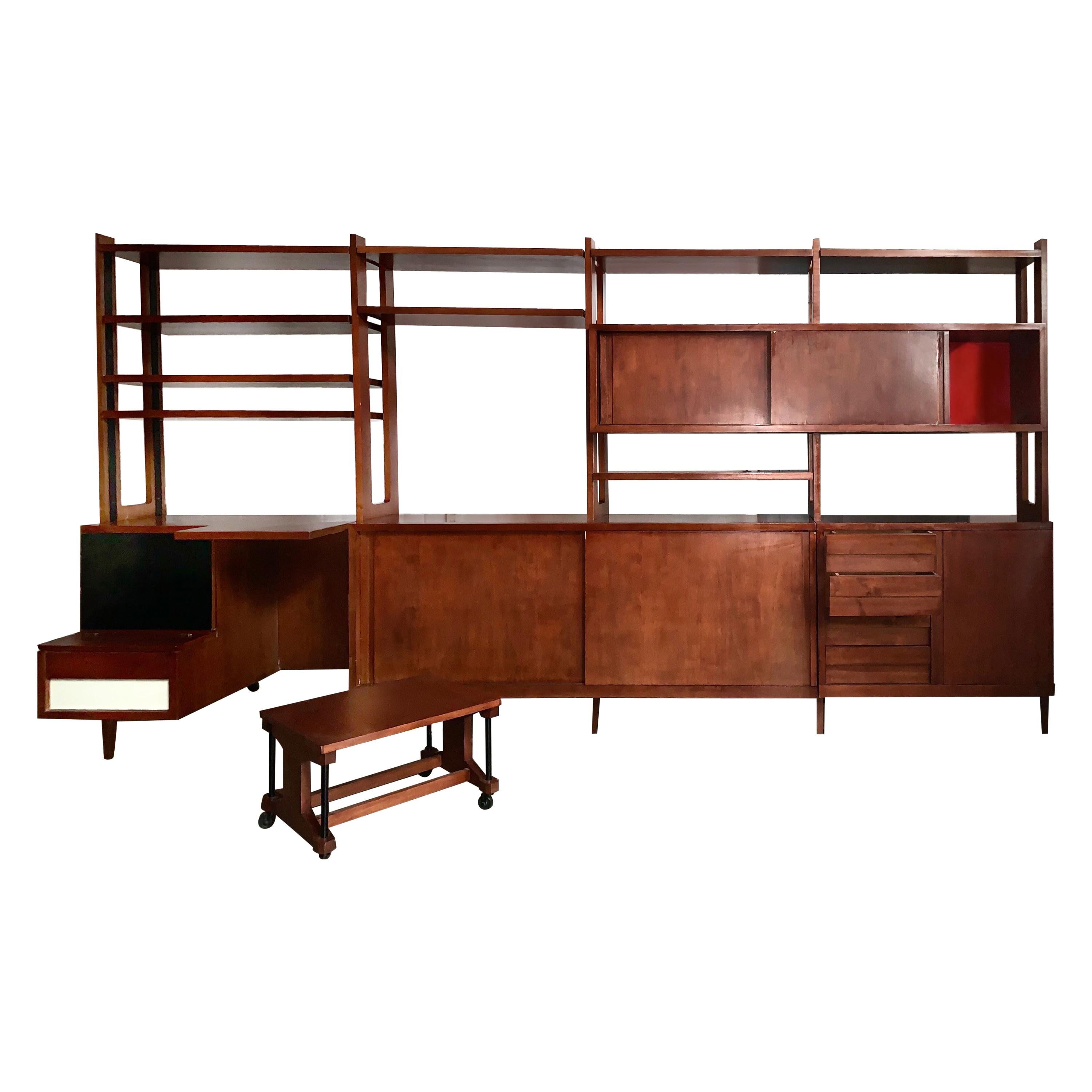 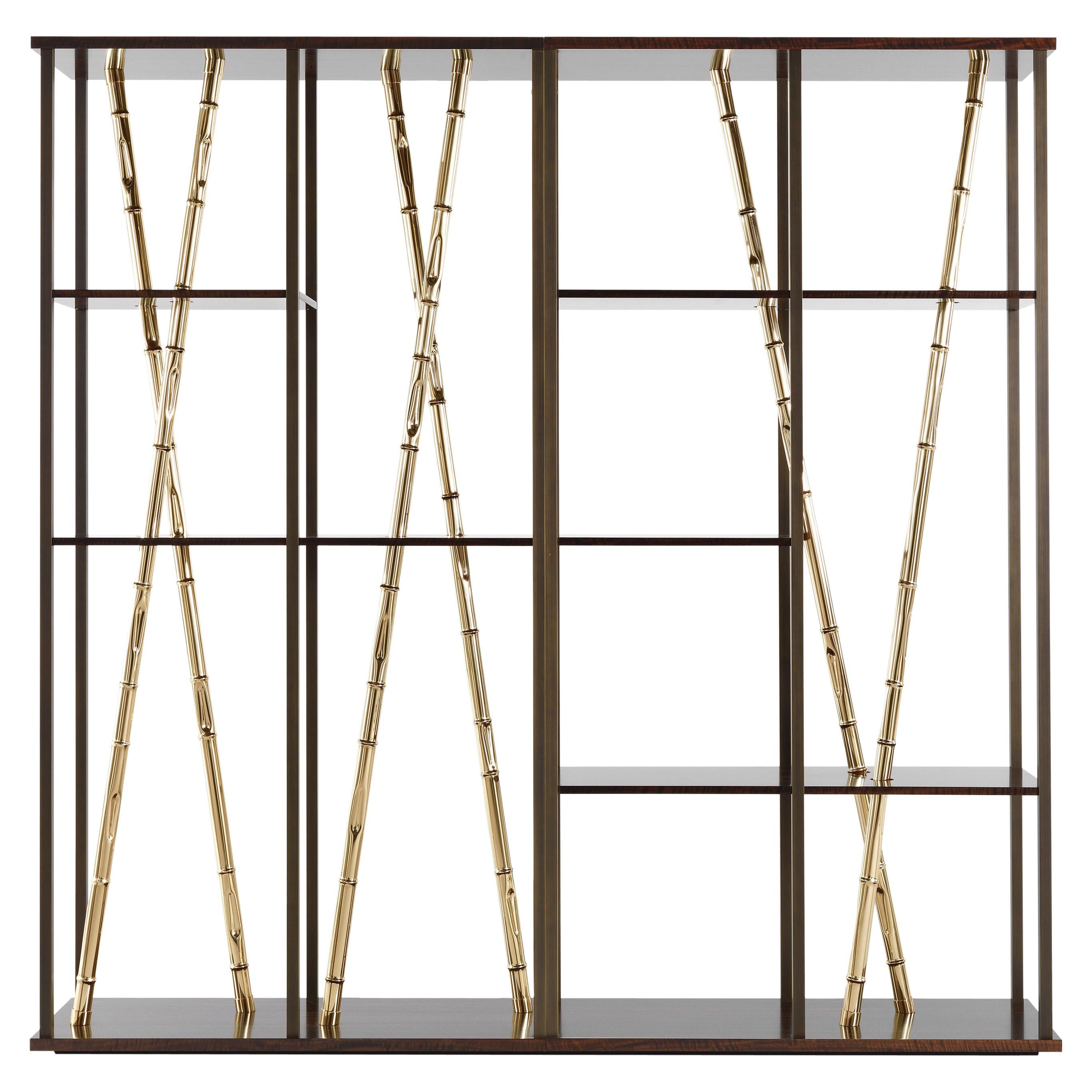 Sculptural Bookcase in the Manner of Ico Parisi 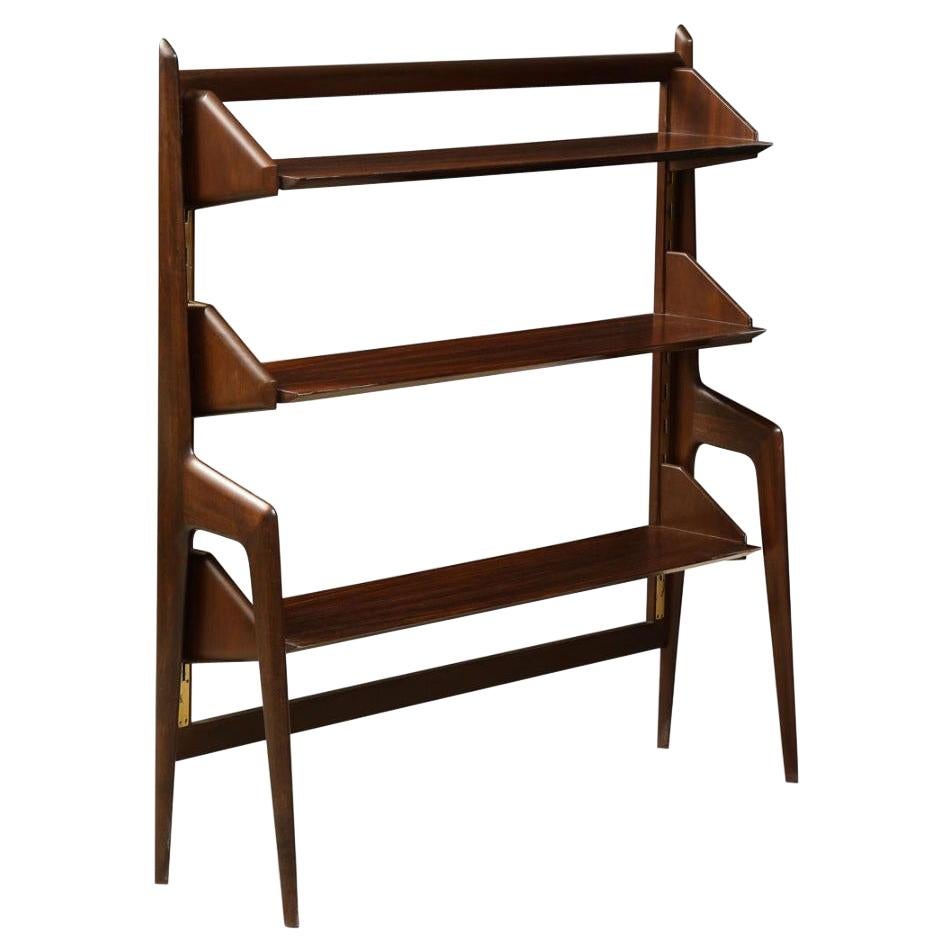 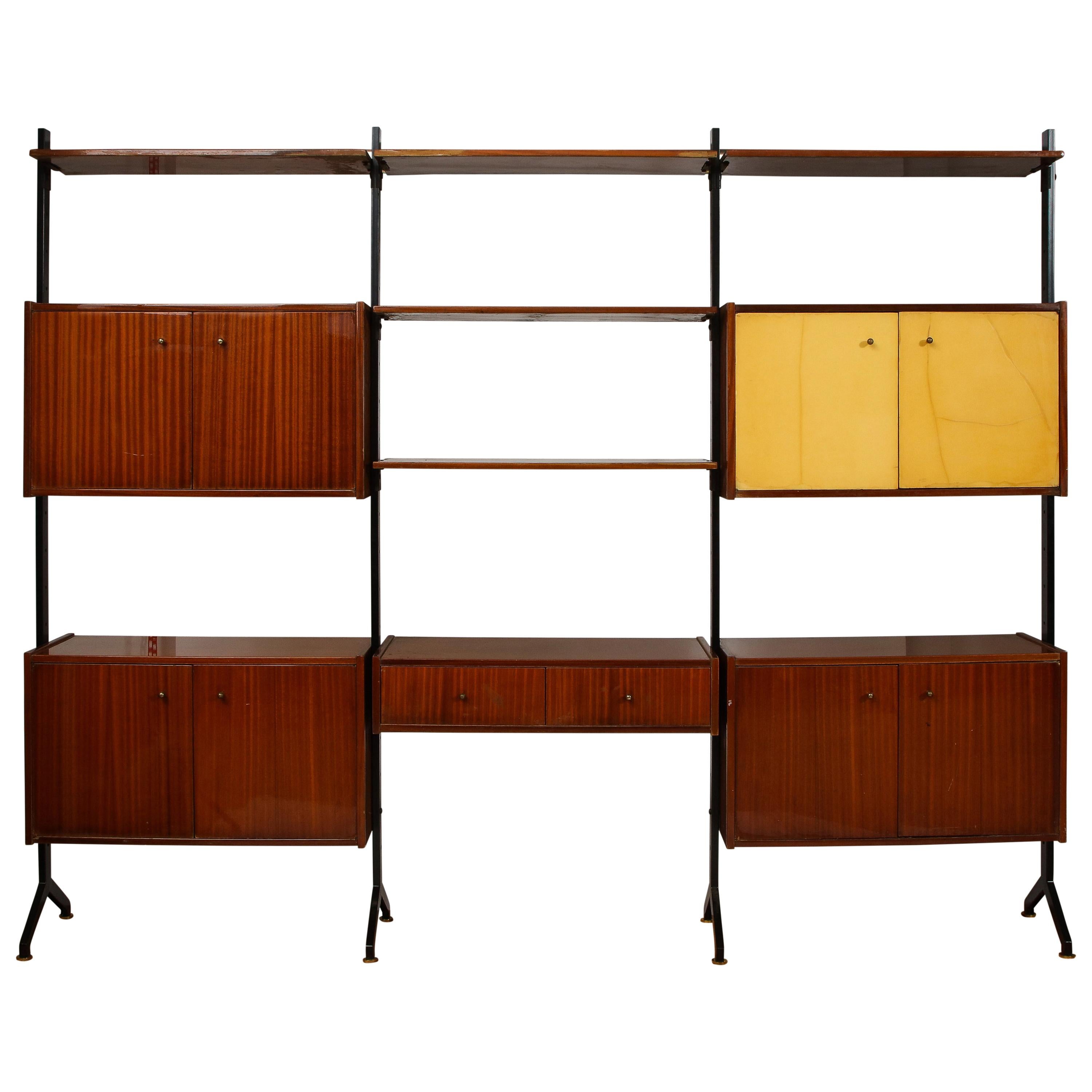 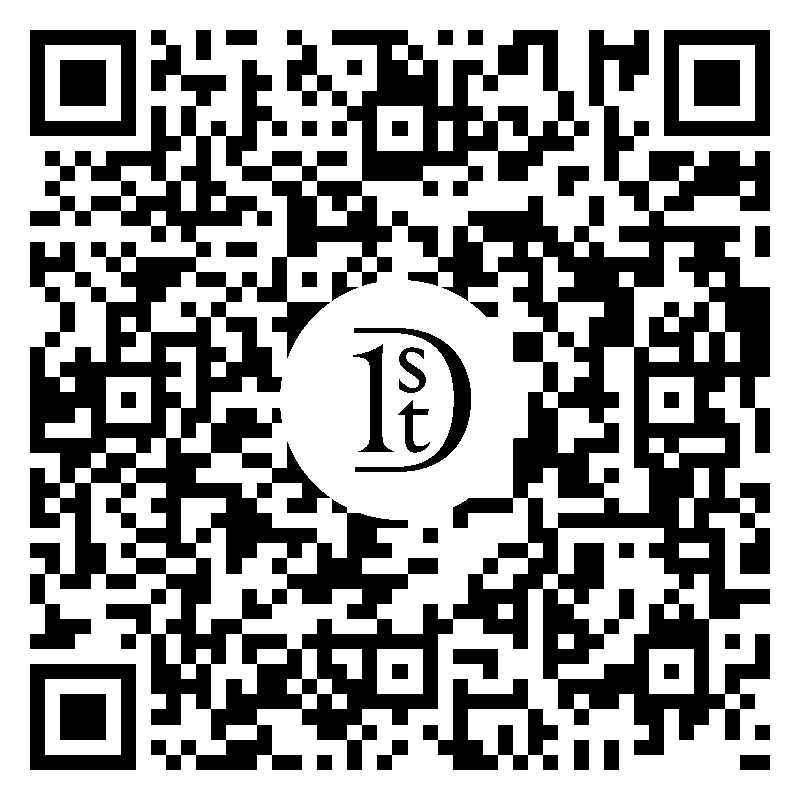 Ico Parisi for Brugnoli Mobili Cantú, bookcase model 457, lacquered wood, mahogany, brass, Italy, 1955 Beautiful small bookcase designed by Ico Parisi. This open bookcase with four shelves in different colors has a low height of 108cm. Originally it was designed for a boy's bedroom and therefore it was created to be easily accessible for children. The shelves can be arranged to your own liking in the way that the order of colors can be changed. But not only the colorful appearance catches the eye. Also the way the shelves end in a round shape that reminds of a handle serves not only the functional need to prevent items to fall over but also it has a decorative aspect. Ico Parisi (1916-1996) is one of the pioneers who helped shape postwar Italian design. Parisi is now known for fluent, curved and delicate simplified modern design. In Italy, reform took place not in a new institute such as the Bauhaus, but in the sophisticated upperclass private spaces. Here paths crossed of Ponti, Campigli, Melotti and also Ico and his wife Luisa. At the age of twenty Parisi graduates from the Istituto Tecnico G. Castellini as an Industrial Head Technician. According to Parisi himself, his first design dates from this time. He also starts to work as a painter and photographer before he had to work as a soldier in the war. His life really starts after the war when he meet his wife Luisa Aiani. From here onwards his designs are recognized and exhibited and he starts to collaborate with MIM Roma in 1958 and Stildomus in 1959.

Recognized Seller
These prestigious sellers are industry leaders and represent the highest echelon for item quality and design.
Diamond Seller
These expertly vetted sellers are 1stDibs' most experienced sellers and are rated highest by our customers.
Established in 2006
1stDibs seller since 2012
3,664 sales on 1stDibs
Typical response time: 1 hour
Associations
20th Century Specialists
More From This Seller

US$13,350 Sale Price
50% Off
Etro Home Interiors Taxila Bookcase in Wood and Metal
By Etro Home Interiors, Etro
Located in Cantu, IT
The bamboo cane, evocative element of naturalistic inspiration, is proposed with a polished brass finish, a reference to ethnicity that meets the refinement of precious materials, gi...
Category

Sculptural Bookcase in the Manner of Ico Parisi

US$11,500
RB Rossana Multi-Storage Shelving Unit in the Style of Ico Parisi, Italy, 1960s
By Ico & Luisa Parisi
Located in New York, NY
Impressive wall unit by RB Rossana in the style of Ico & Luisa Parisi. Each shelf and box unit is adjustable and can be placed at any height or on any sections. The 4 posts are ename...
Category

US$6,800
Gianfranco Ferré Home Mackintosh Bookcase in Brass and Wood
By Gianfranco Ferre Home
Located in Cantu, IT
A versatile double-sided bookcase with a contemporary decorative allure, worthy of a starring role in any living space. An architectural construction in which the geometric cubes tha...
Category