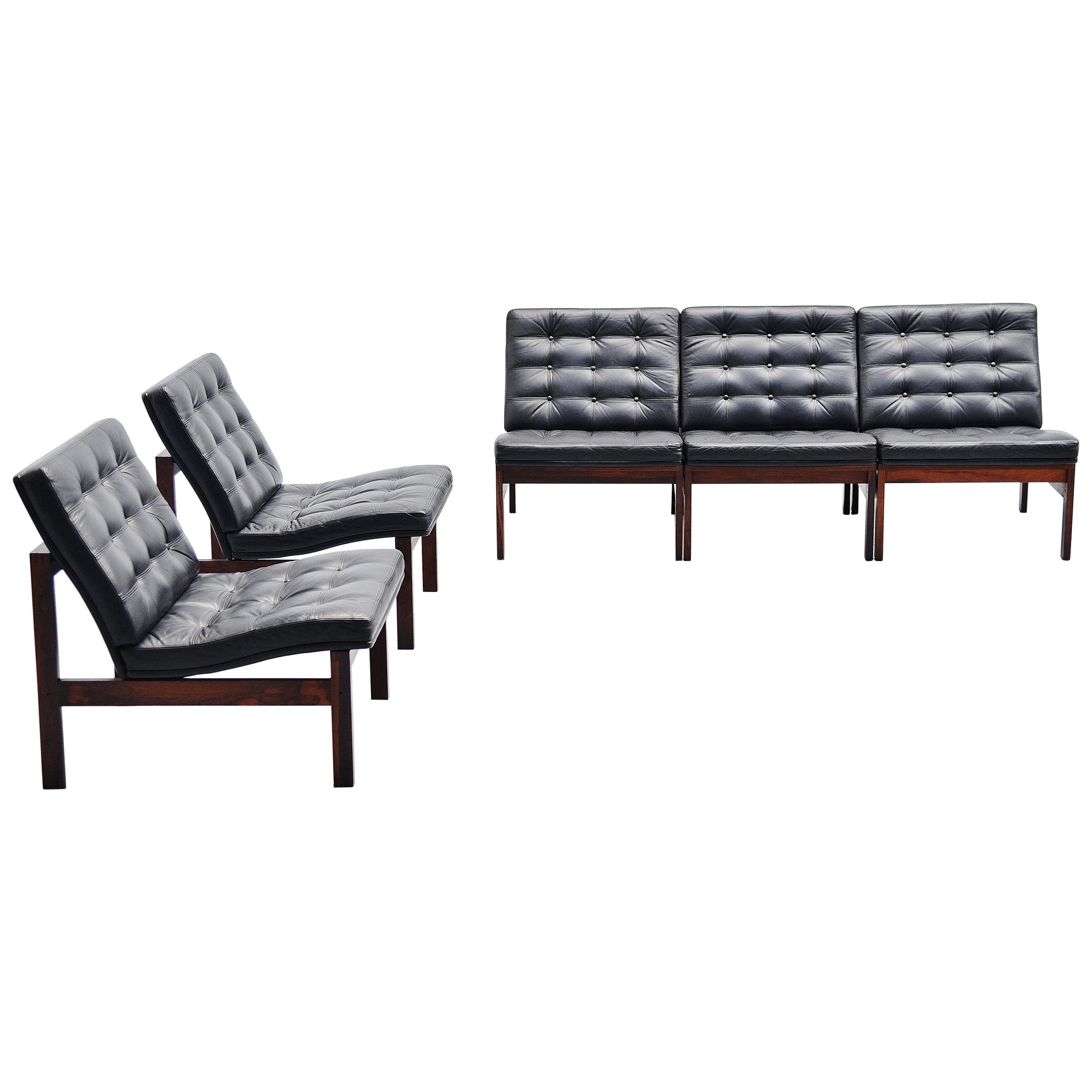 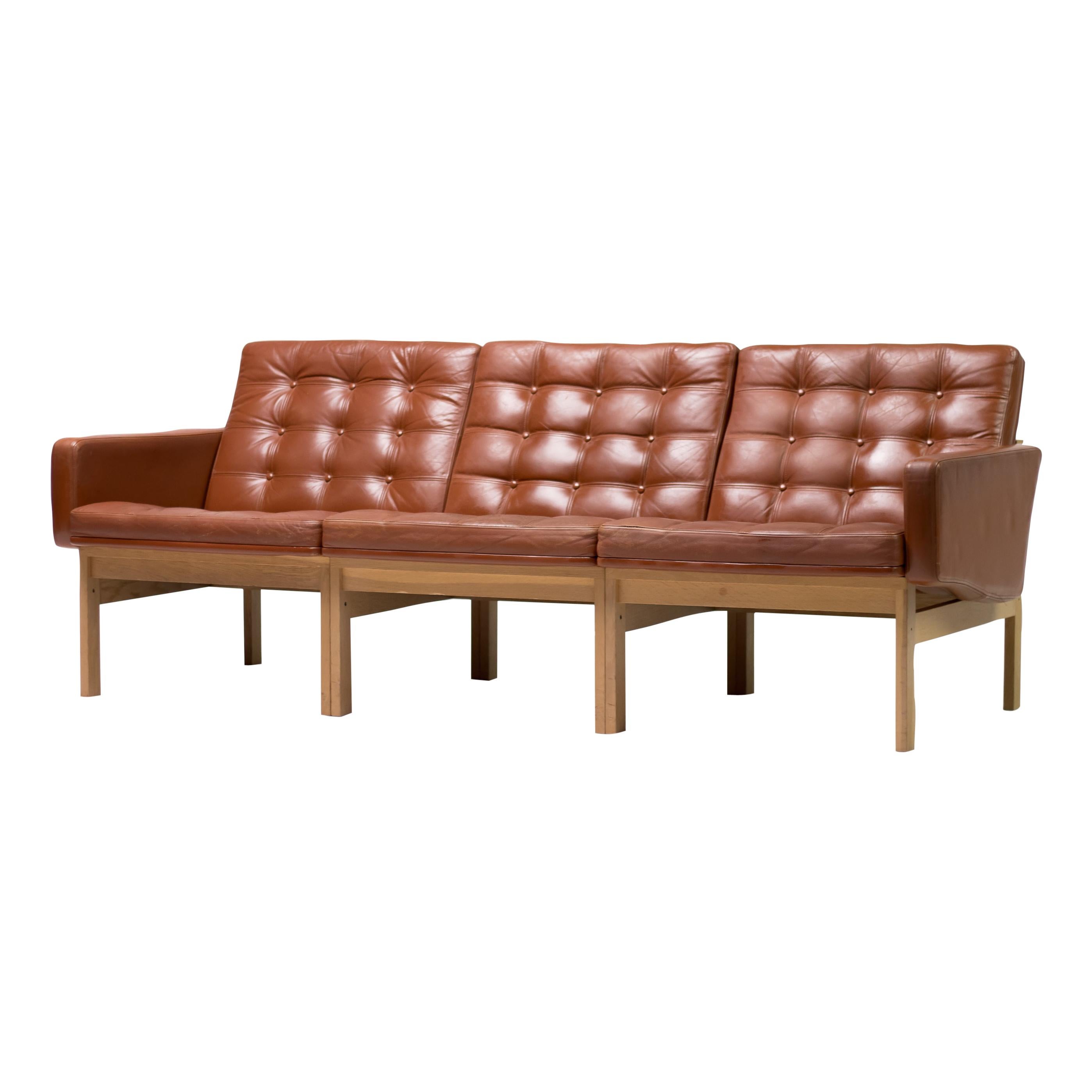 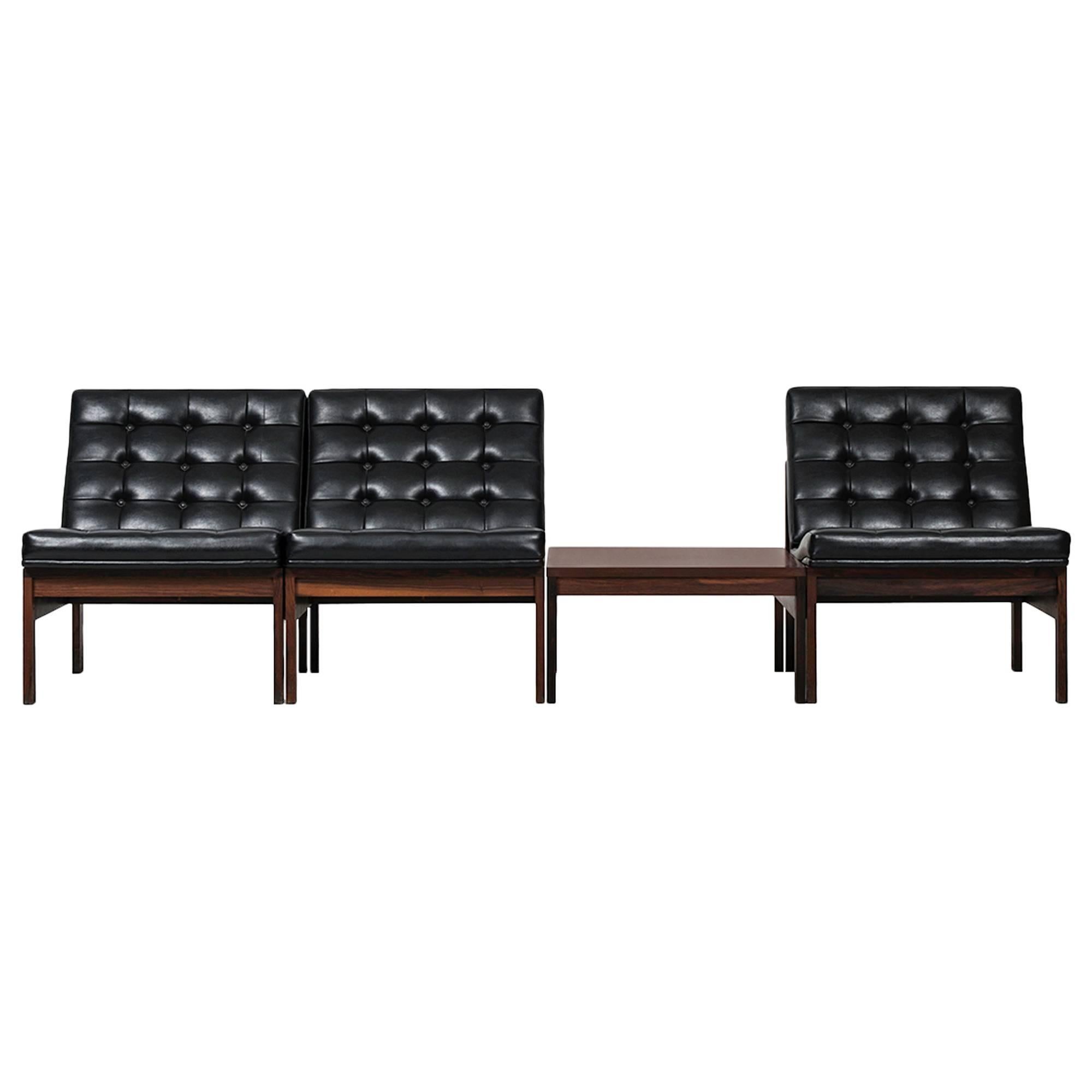 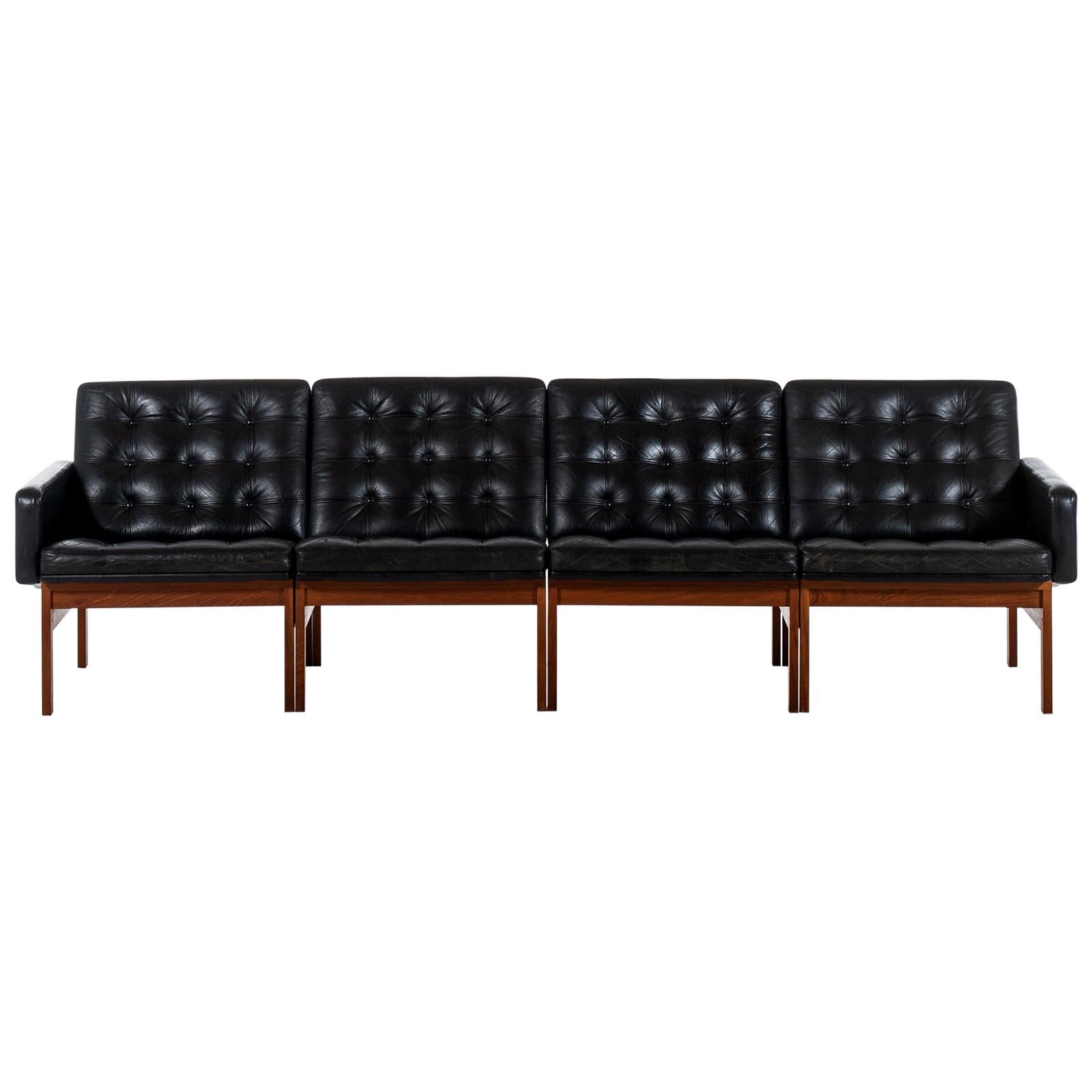 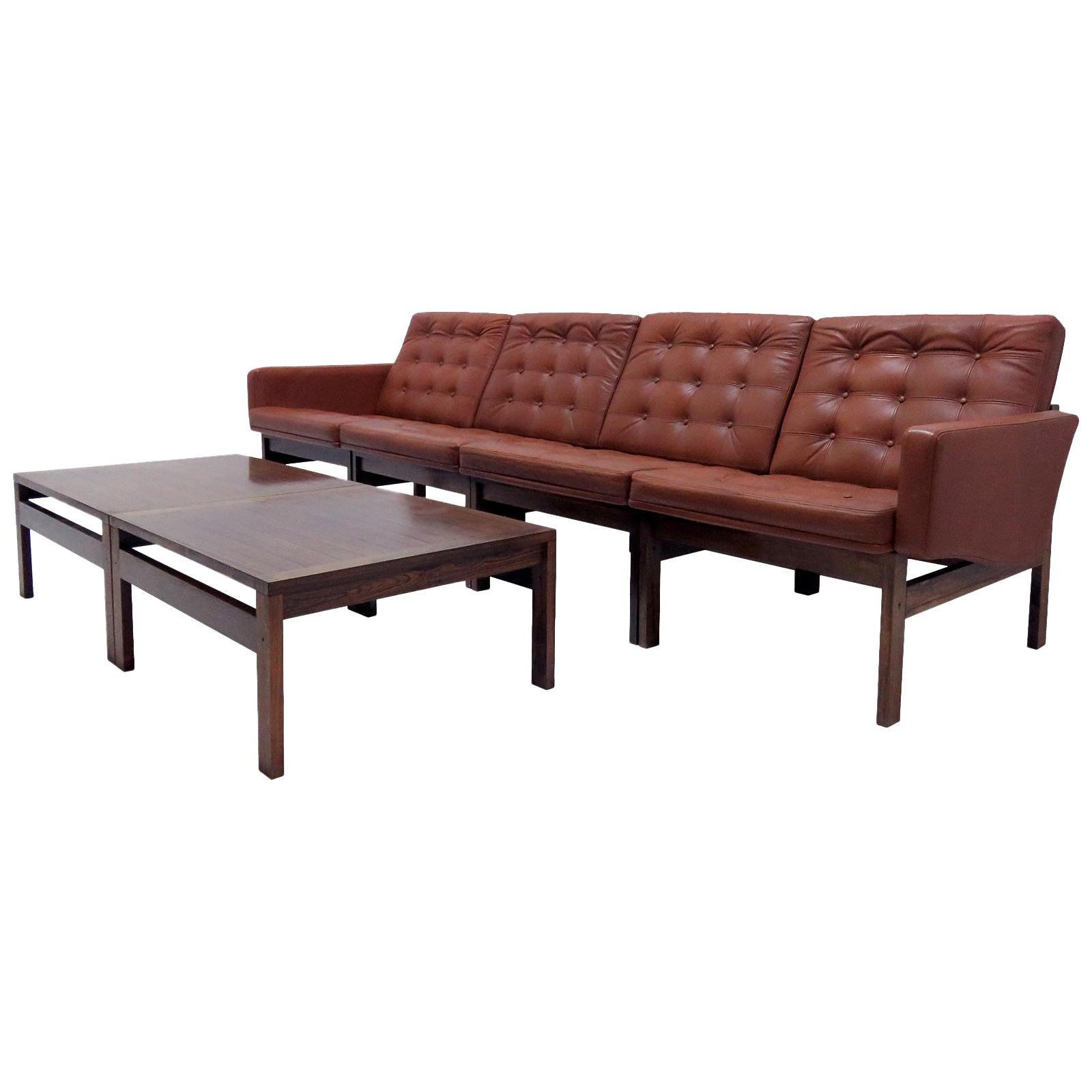 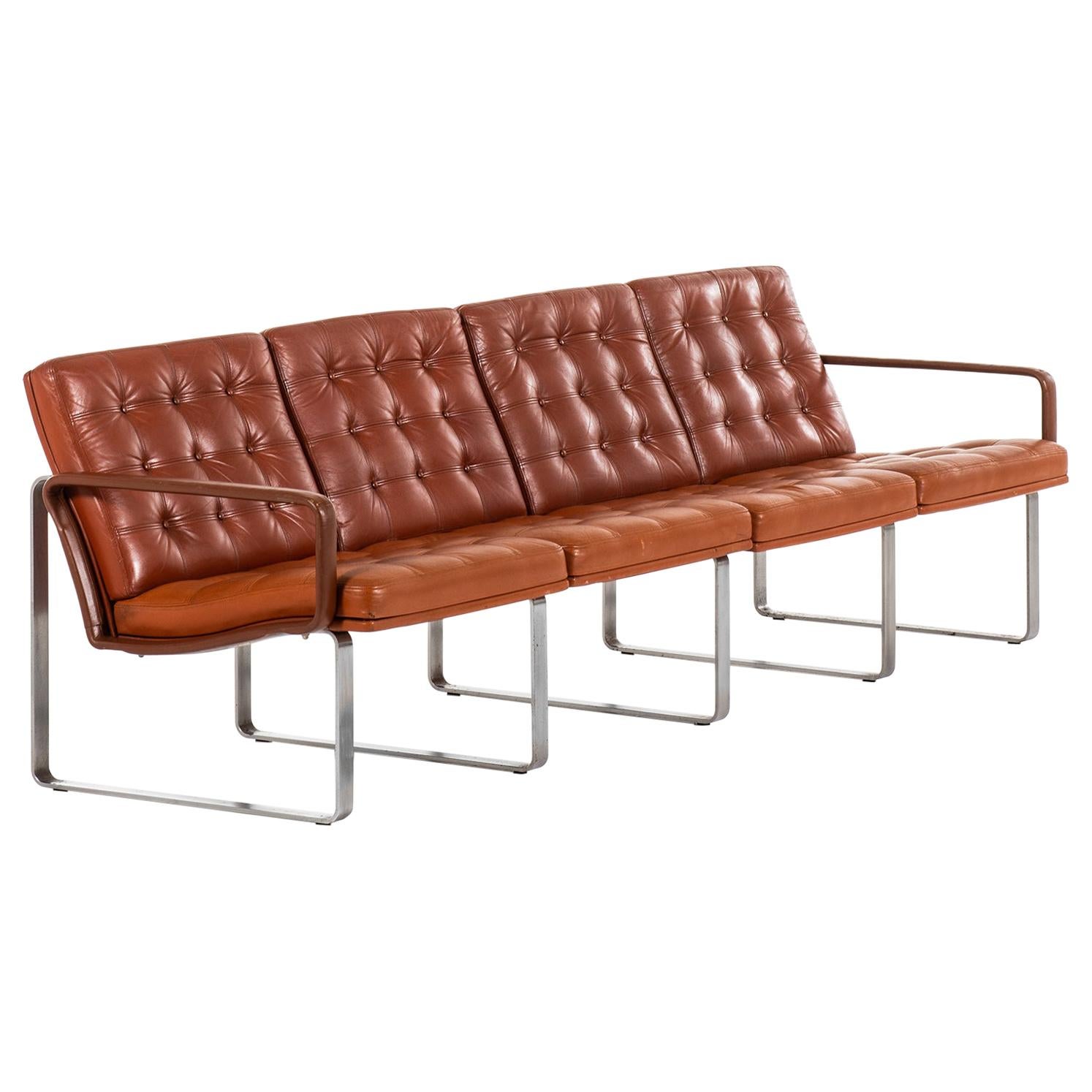 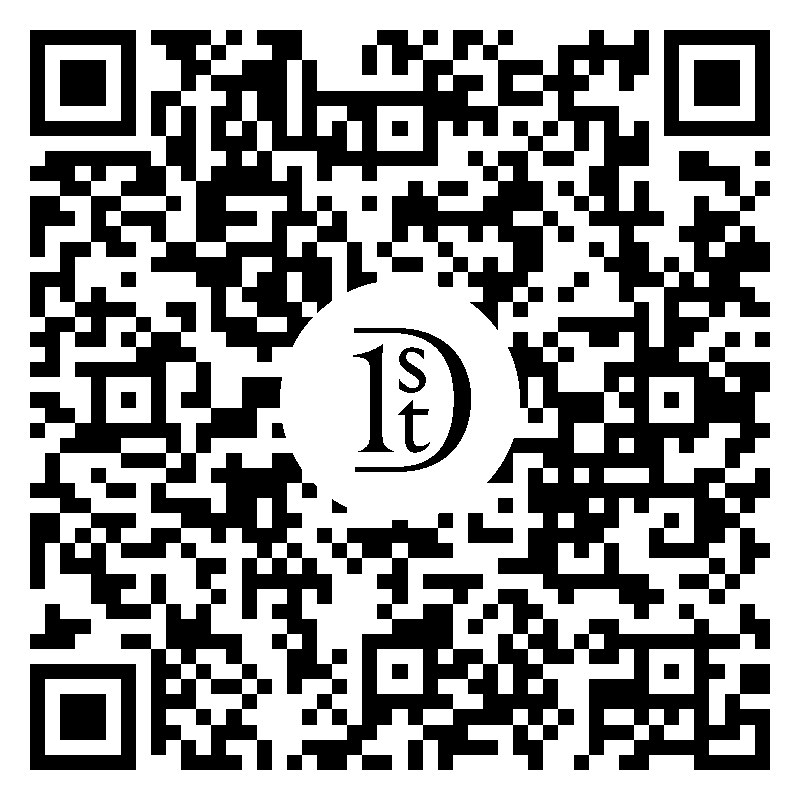 Ole Gjerløv-Knudsen & Torben Lind for France & Søn, three-seat sofa, teak and leather, Denmark, 1962 Modern and beautiful colored modular sofa, designed by Ole Gjerløv-Knudsen & Torben Lind as part of the Moduline series in 1961. The steel frame holds a green leather body with buttoned patchwork cushions. This sofa can be positioned as a three-seater, or as a two-seater and a slipper chair. Please note that the item is in good, used condition. Reupholstery is possible before shipping by our experienced craftsman in our own in-house restoration atelier. With high attention for the original, they make sure every piece retains its value and is ready for the many years to come. Of course, a locally organized reupholstery is possible as well. 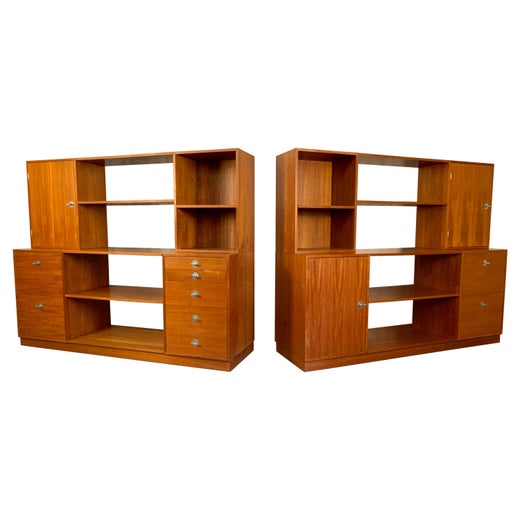 Danish manufacturer France & Søn is best known for its prolific output of elegant mid-century modern furnishings in teak and leather, yet its multinational beginnings took shape during the 1930s.After businessman Charles William Fearnley France (1897–1972) moved from his native England to Denmark in 1936, he began to operate a small mattress factory alongside his friend Eric Daverkosen, a Danish cabinetmaker, under the name France & Daverkosen. Shortly afterward, Daverkosen passed away, and when Denmark was invaded during the Second World War, Charles was captured and sent to a prison camp in Germany. When he was released, the British entrepreneur set out to produce furniture in the early 1950s, setting up a shop in Hillerød to manufacture the kind of sleek beech and teak goods that were gaining widespread acclaim around the world. In 1957, France’s son James joined the business, and the company changed its name to reflect the addition.Throughout the ’50s and ’60s, France & Søn produced a stunning array — and staggering quantity — of designs, with elegant modernist lounge chairs and armchairs, teak and rosewood dining tables and other furnishings by the likes of Finn Juhl, Grete Valk, Ole Wanscher, Peter Hvidt and Orla Mølgaard-Nielsen all gracing its catalogues.Even as there was a focus on mass production at France & Søn — and the brand doesn’t quite enjoy the same renown as fellow mid-century Danish furniture makers such as Carl Hansen & Søn — Charles France believed in making quality furniture, and the company’s offerings evoke the warmth of the handcrafted work that is typically associated with Scandinavian modernism.In the 1960s, the company was bought by Danish designer Poul Cadovius, who folded it into the operations at CADO, a company he founded during the 1950s. Surviving examples of early work from the brand as well as modern icons by the likes of Verner Panton that followed in later years continue to be in demand.Find a collection of France & Søn furniture on 1stDibs.

Recognized Seller
These prestigious sellers are industry leaders and represent the highest echelon for item quality and design.
Diamond Seller
These expertly vetted sellers are 1stDibs' most experienced sellers and are rated highest by our customers.
Established in 2006
1stDibs seller since 2012
3,495 sales on 1stDibs
Typical response time: 1 hour
Associations
20th Century Specialists
More From This Seller

Morentz Writes the Next Chapter for Furniture with a Storied Past

Dutch dealer Matthijs Hoveijn specializes in the best of mid-century modern design, selling it to discerning clients around the world.

The Argentinian-born talent has a knack for helping serious collectors show off their impressive holdings.