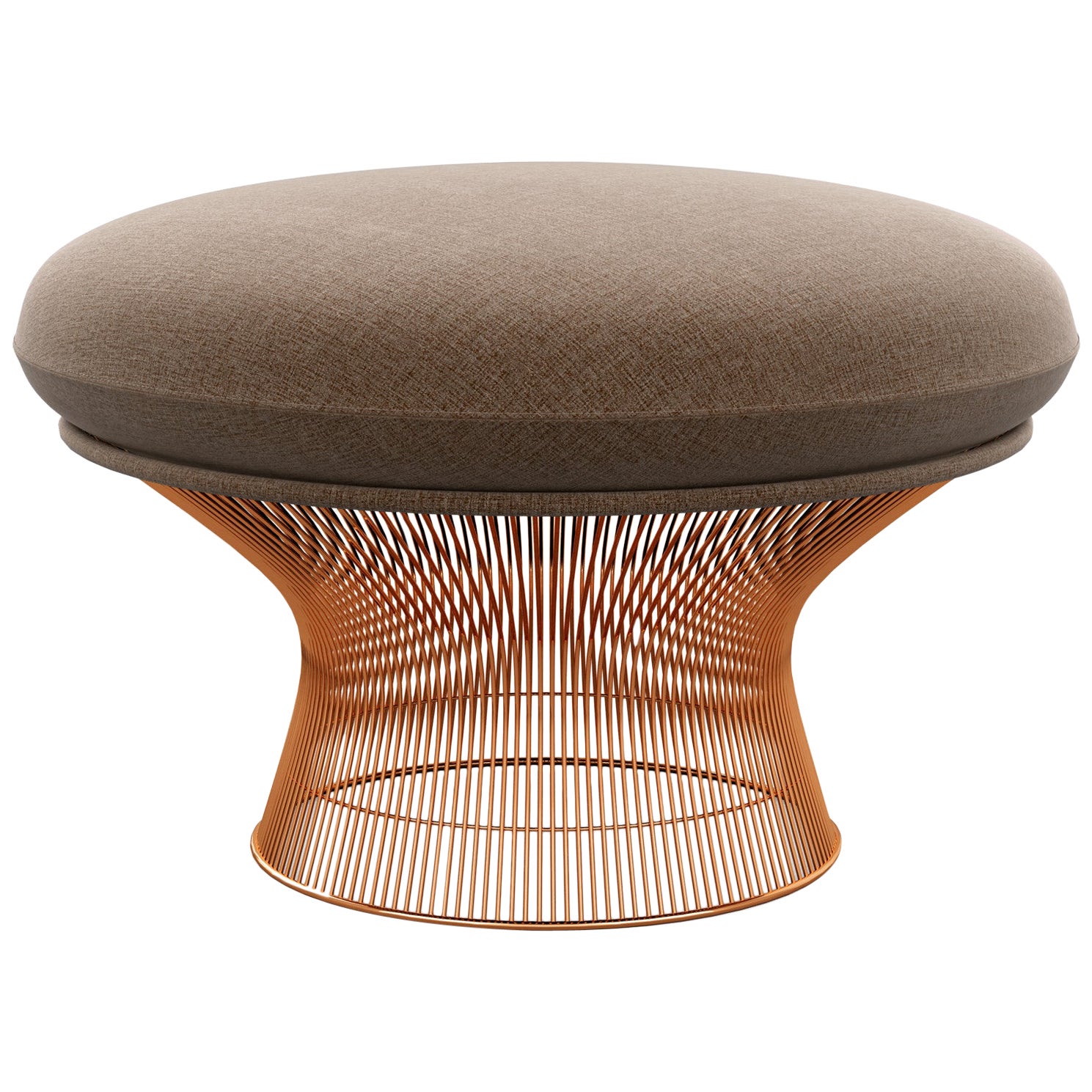 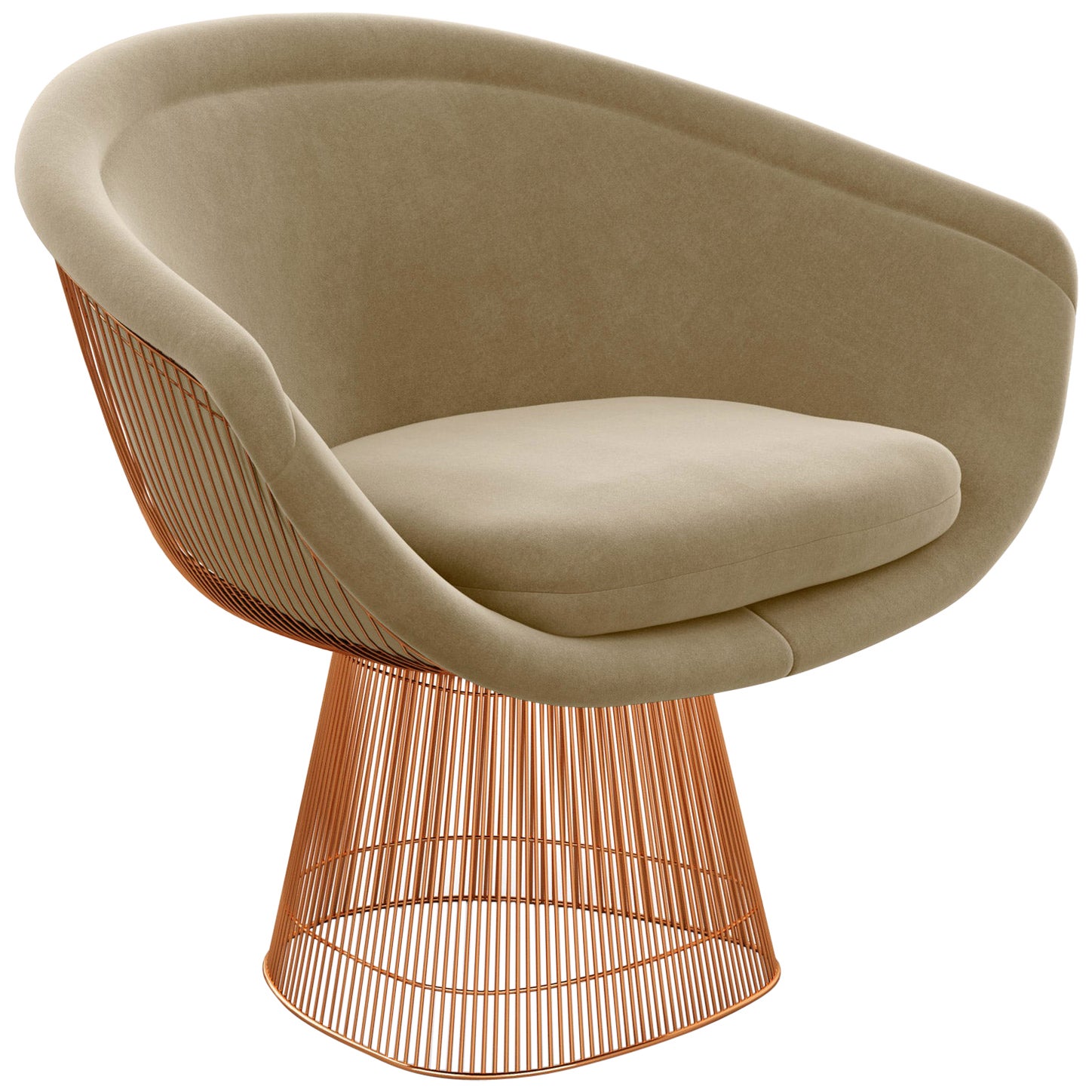 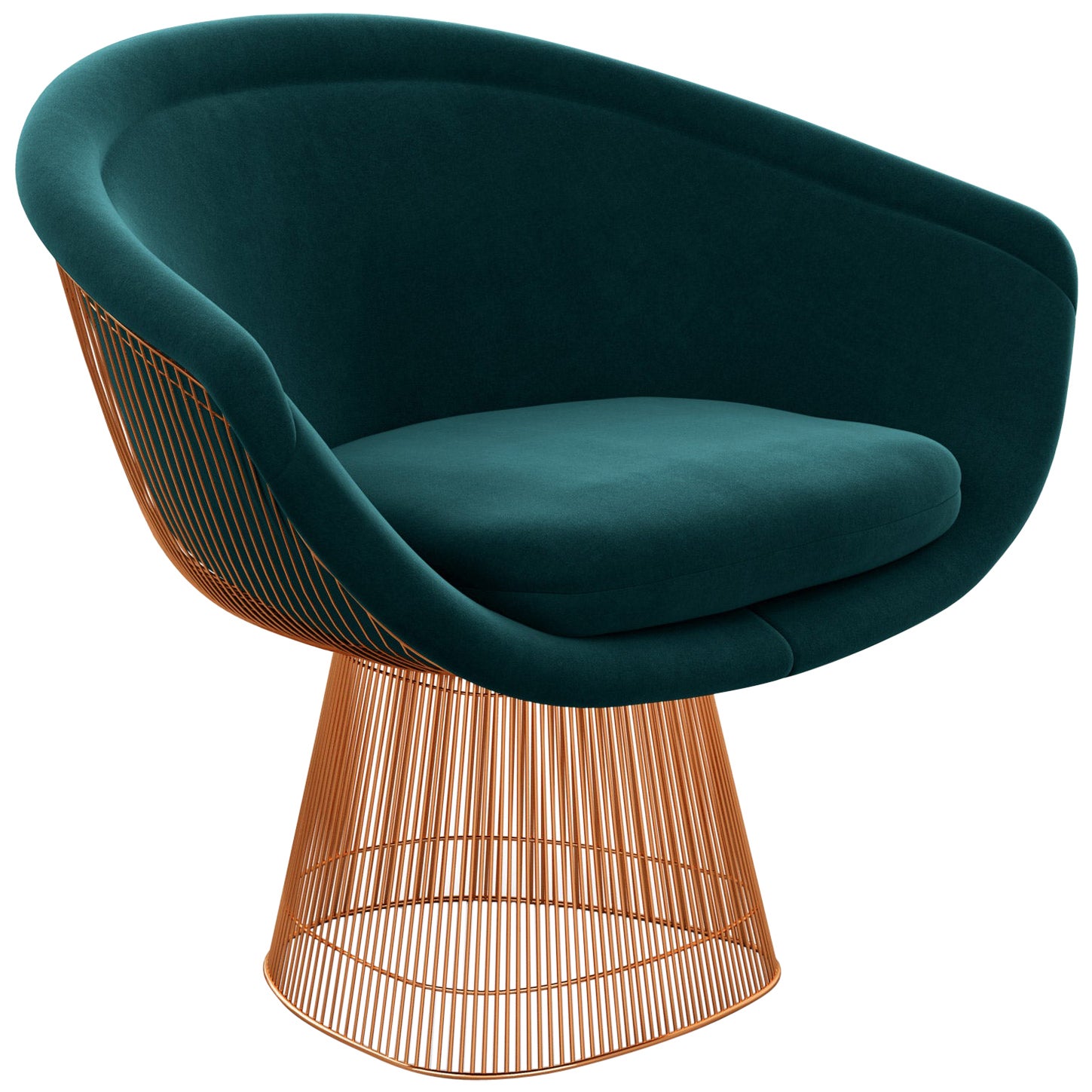 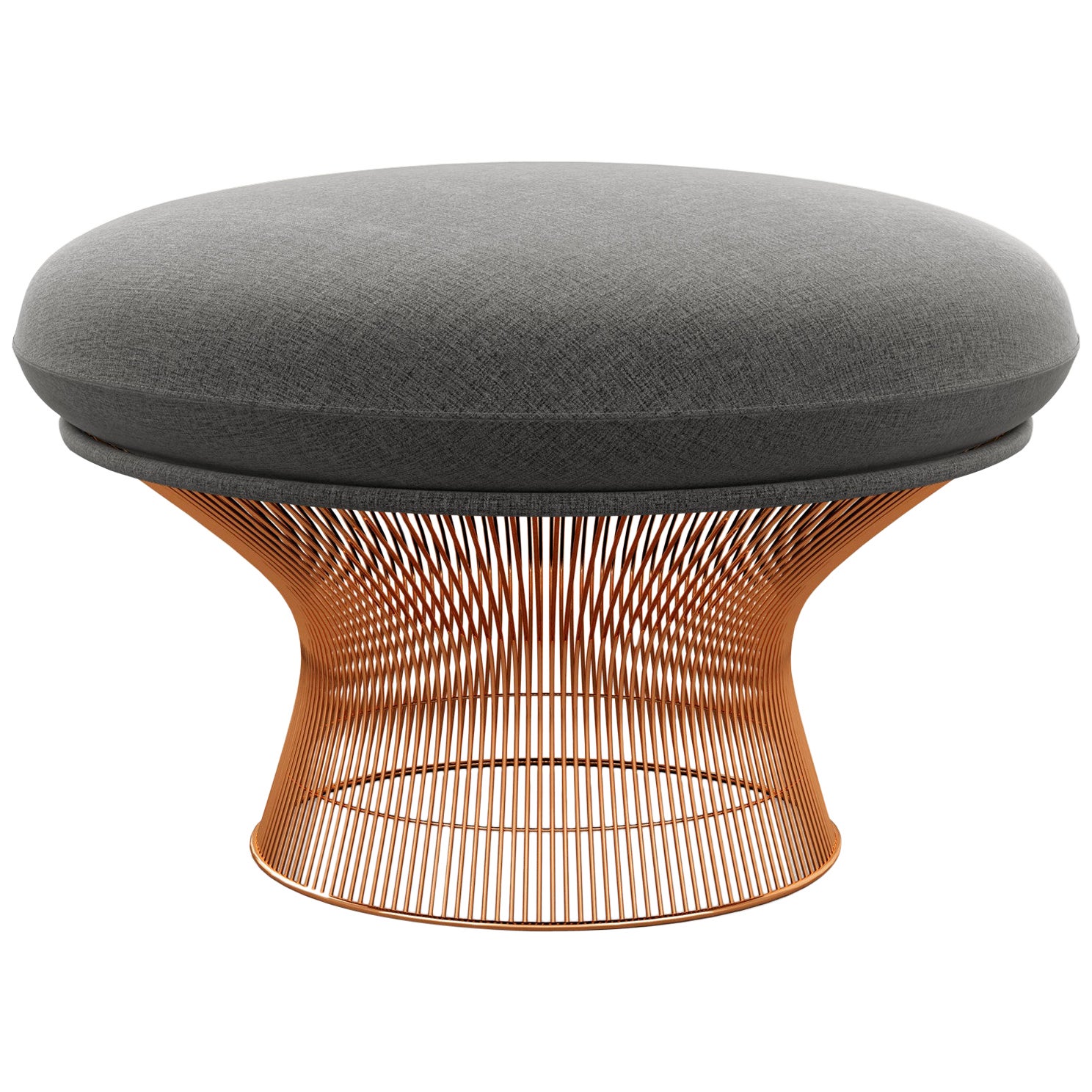 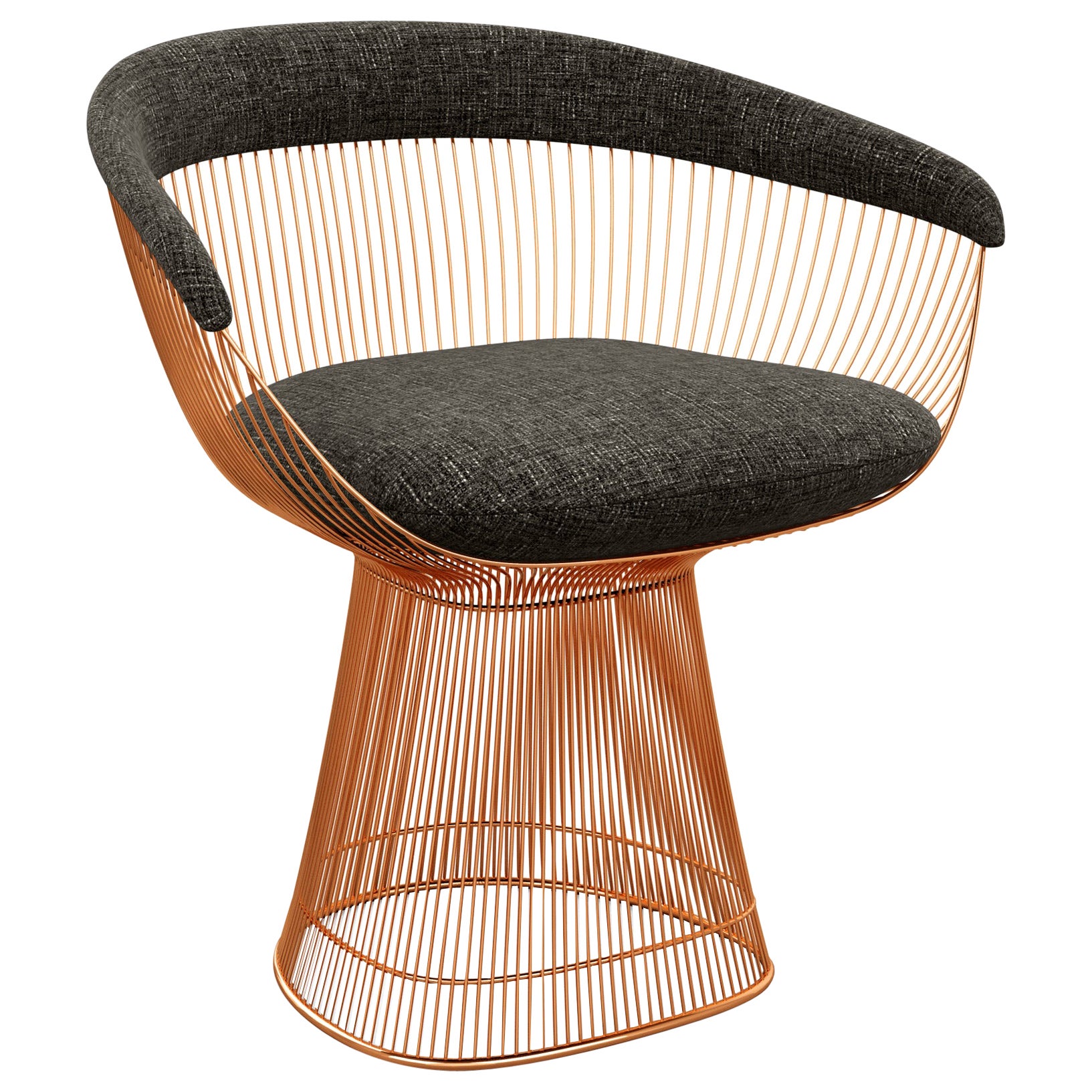 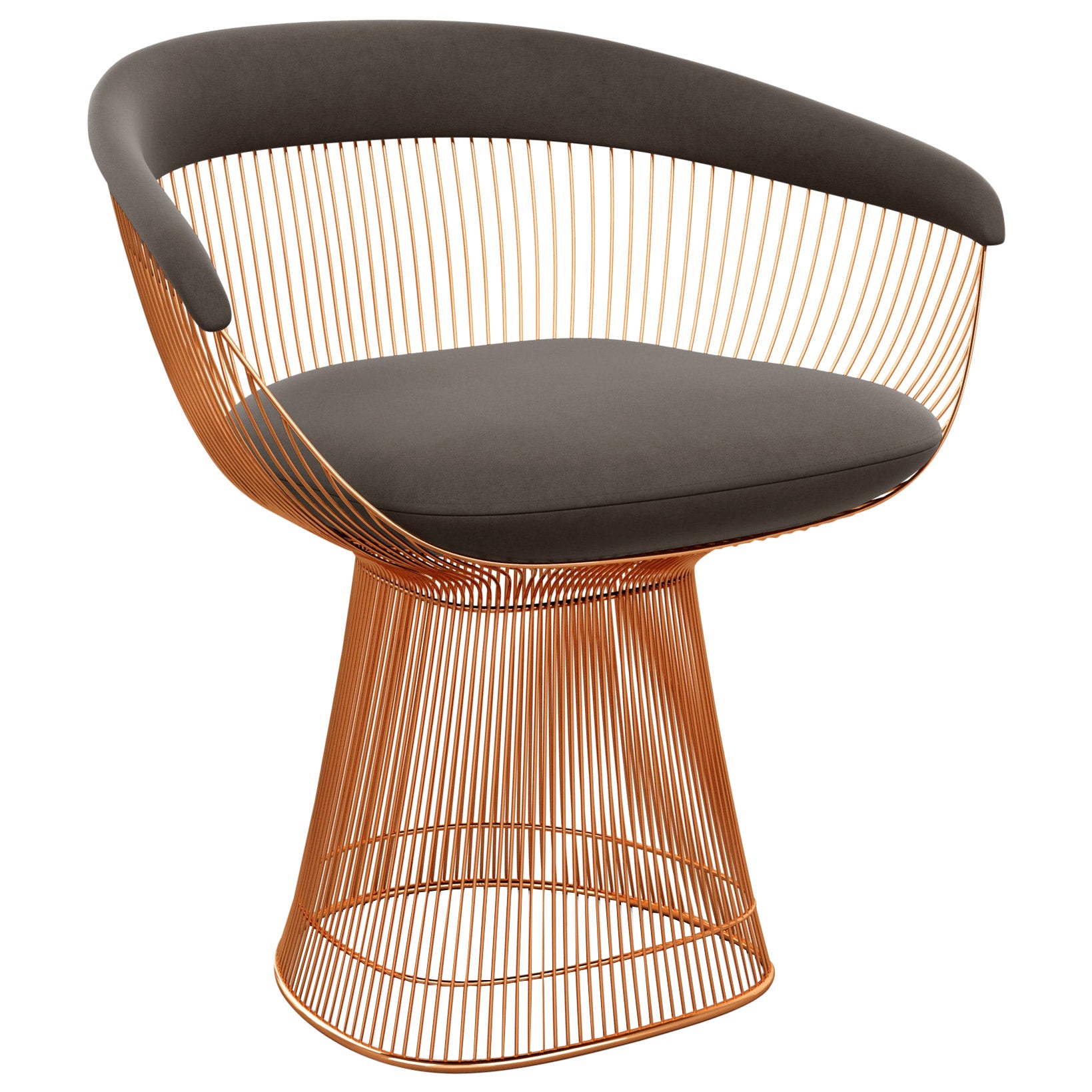 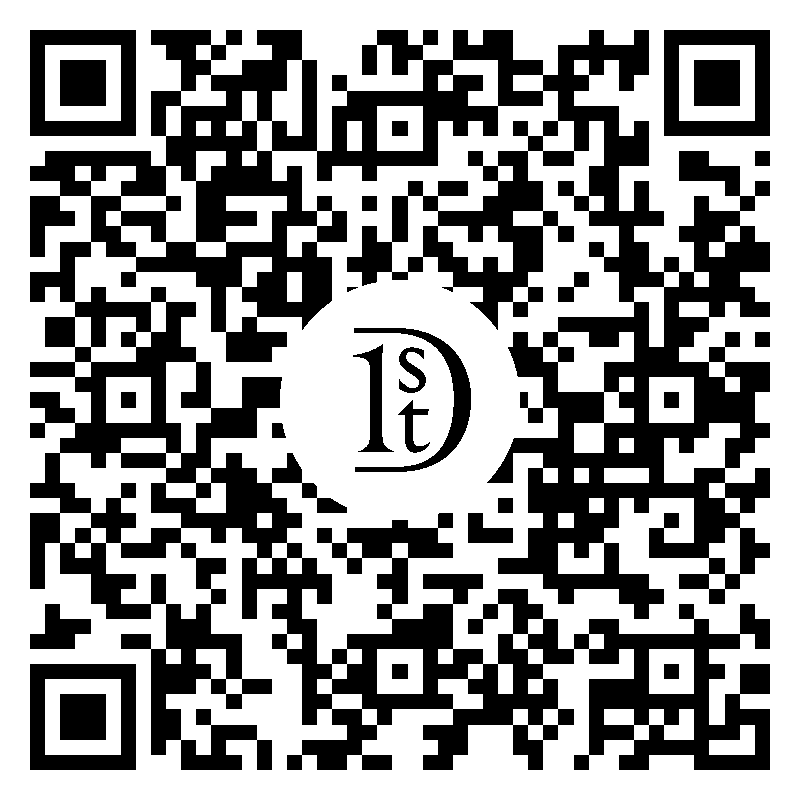 In 1966, the Platner Collection captured the “decorative, gentle, graceful” shapes that were beginning to infiltrate the modern vocabulary. The iconic lounge chair is created by welding curved steel rods to circular and semi-circular frames, simultaneously serving as structure and ornament. Base in limited edition 18K Rose Gold plated finish with clear lacquer protective coating. Upholstery in Knoll Summit, Ridge.

As a company that produced many of the most famous and iconic furniture designs of the 20th century, Knoll was a chief influence in the rise of modern design in the United States. Led by Florence Knoll, the firm would draw stellar talents such as Ludwig Mies van der Rohe and Eero Saarinen into its compass. Their work would help change the face of the American home and office.


The company was formed in 1938 by the German immigrant Hans Knoll. He first worked with his fellow ex-pat, the Danish designer Jens Risom, who created furniture with flowing lines made of wood. While Risom served in World War II, in 1943 Knoll met his future wife, Florence Schust. She had studied and worked with eminent emigré leaders of the Bauhaus, including Mies, Walter Gropius and Marcel Breuer. She won Knoll over with Bauhaus notions of industrial arts, and an aesthetic that featured flat and tubular metal frames and angular forms. When Hans died in a car crash in 1955, Florence Knoll was appointed head of the company. It was as much through her holistic approach to design — a core division of the firm was dedicated to planning office systems — as Knoll's mid-century modern furnishings themselves that she brought about the sleek and efficient transformation of the American workplace.


Today, classic Knoll furnishings remain staples of modern design collections and decors. A history of modern design is written in pieces such as Mies’ elegant Barcelona chair, Saarinen’s pedestal Tulip chair, Breuer’s tubular steel Wassily lounge chair and the  grid-patterned Diamond chair by Harry Bertoia. As you can see from the items on the following pages, these designs and others have become timeless emblems of the progressive spirit and sleek sophistication of the best of modernism. 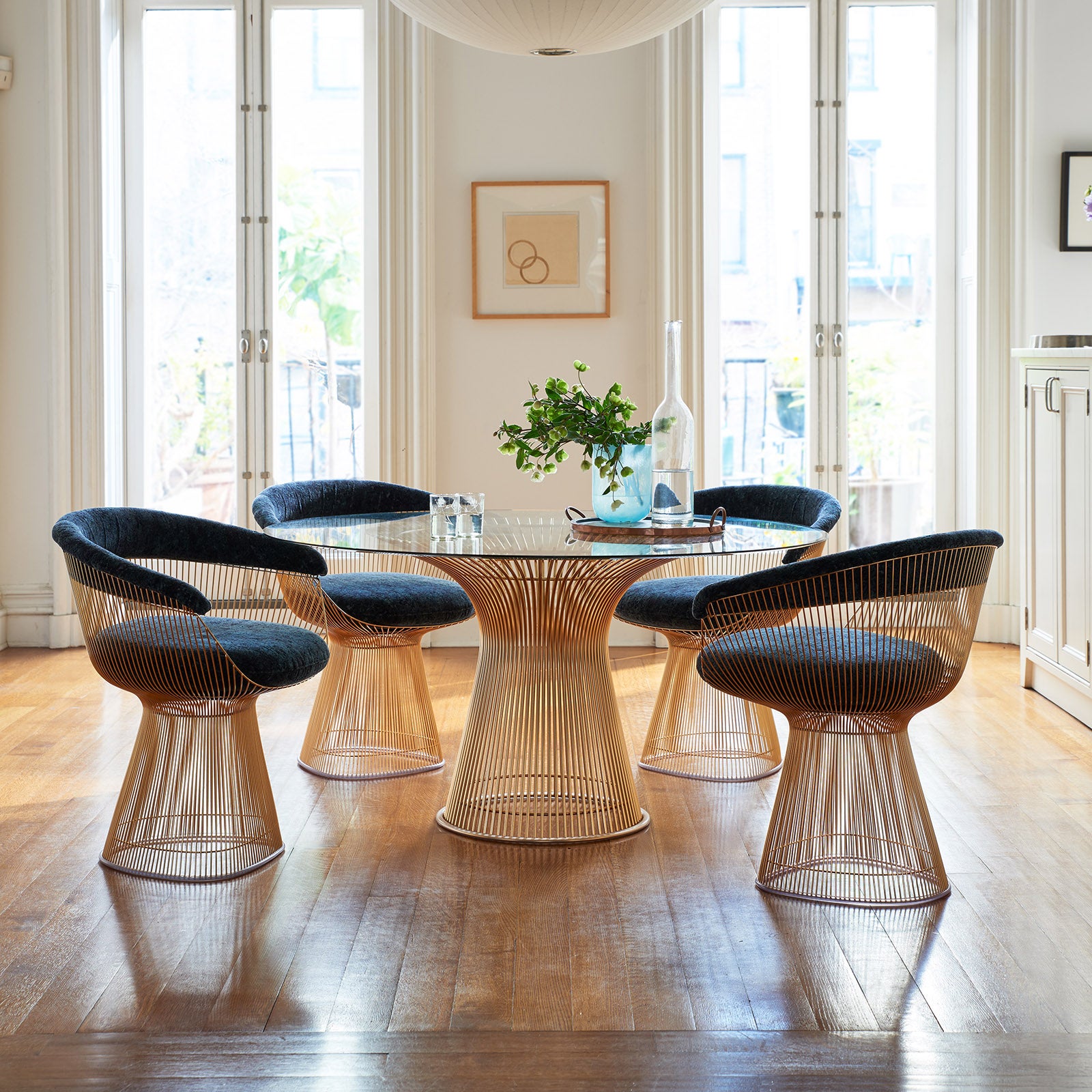 Knoll
Knoll brings timeless modern design to contemporary spaces. We help to create inspiring interiors for living, dining and working from home, through innovative contemporary designs and authentic Knoll Classics. Since our founding in 1938, we have been recognized as a design leader worldwide. We believe good design is good business. Our commitment to innovation and modern design has yielded an extensive portfolio of furniture, and our designs are exhibited in major art museums. Our landmark collaborations with celebrated architects and designers, including Ludwig Mies van der Rohe, Eero Saarinen, Harry Bertoia, Marcel Breuer, Warren Platner and Frank Gehry, have led to some of the most influential designs of the twentieth century. 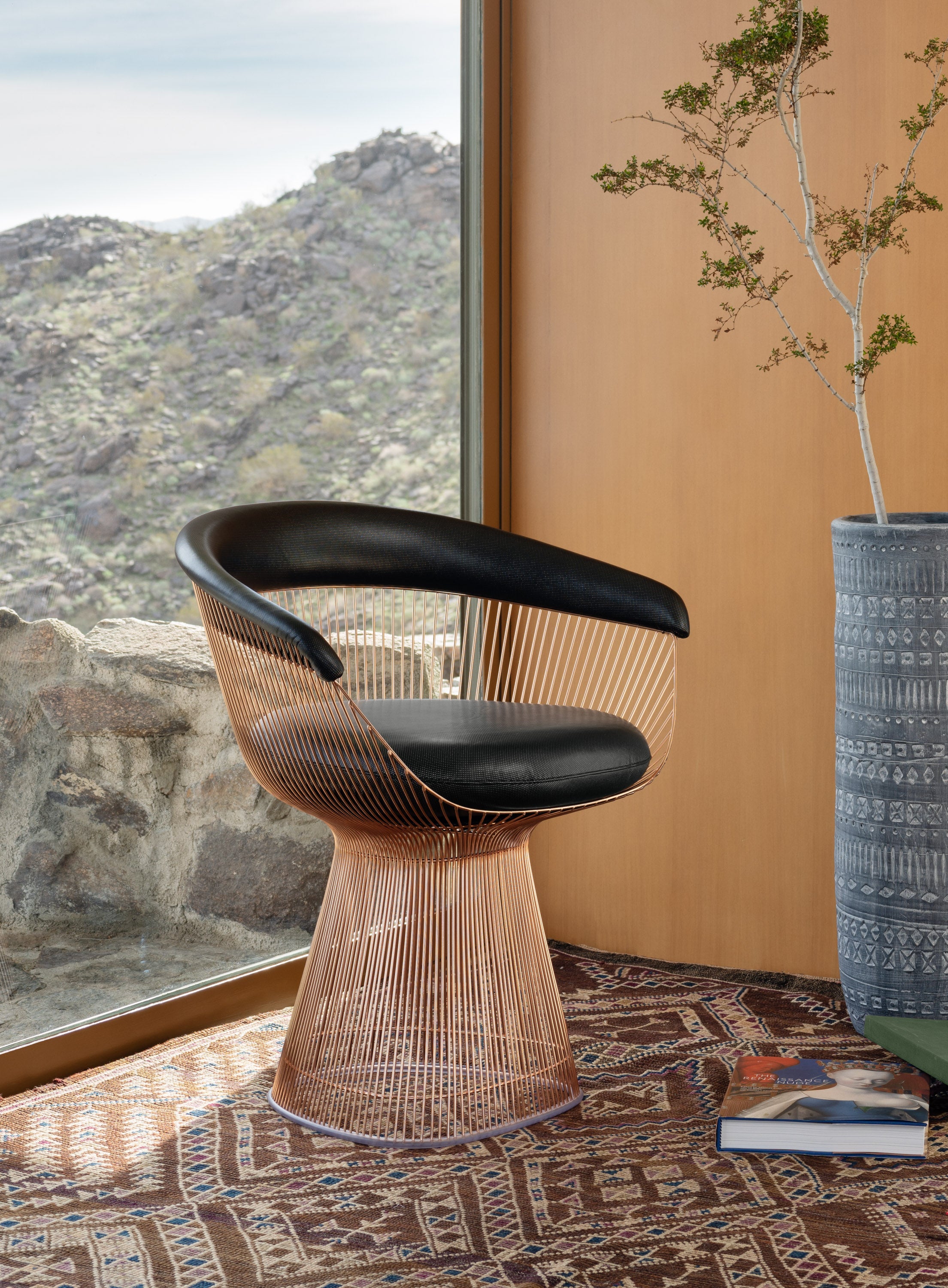 About the SellerNew to 1stDibs
Joined in the past six months.
No Reviews Yet
Located in East Greenville, PA
Vetted Seller
These experienced sellers undergo a comprehensive evaluation by our team of in-house experts.
Established in 1938
1stDibs seller since 2020
Typical response time: 1 to 2 days
More From This Seller
View All From Seller

$16,000 / set
Warren Platner for Knoll Lounge Chairs in Beige Tan Wool Tweed, 1980s
By Warren Platner, Knoll
Located in Dallas, TX
Beautiful pair of large Warren Platner lounge chairs in a beige wool tween that appears to be the original fabric. Chairs are nickel-plated and date 1980s. They are in beautiful cond...
Category