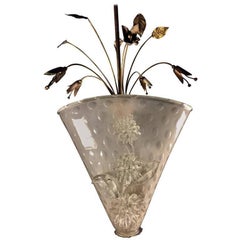 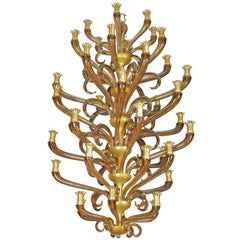 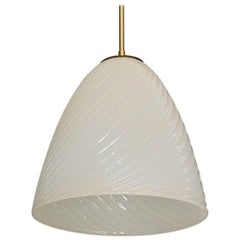 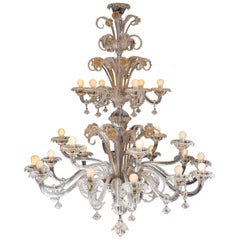 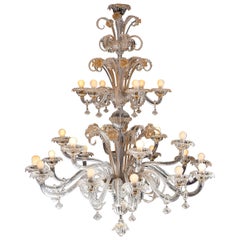 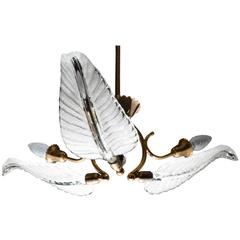 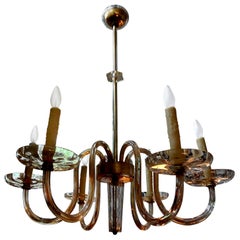 Murano Chandelier by Seguso, circa 1940s 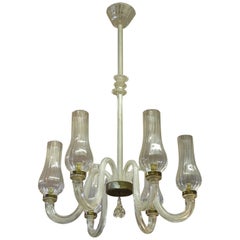 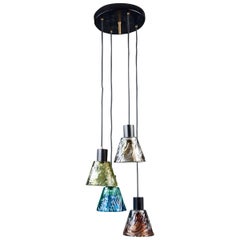 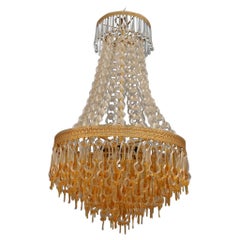 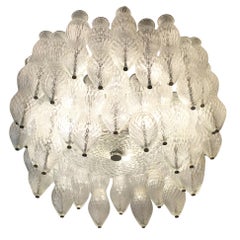 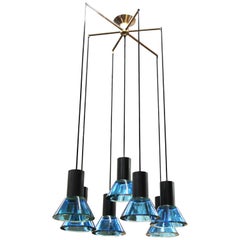 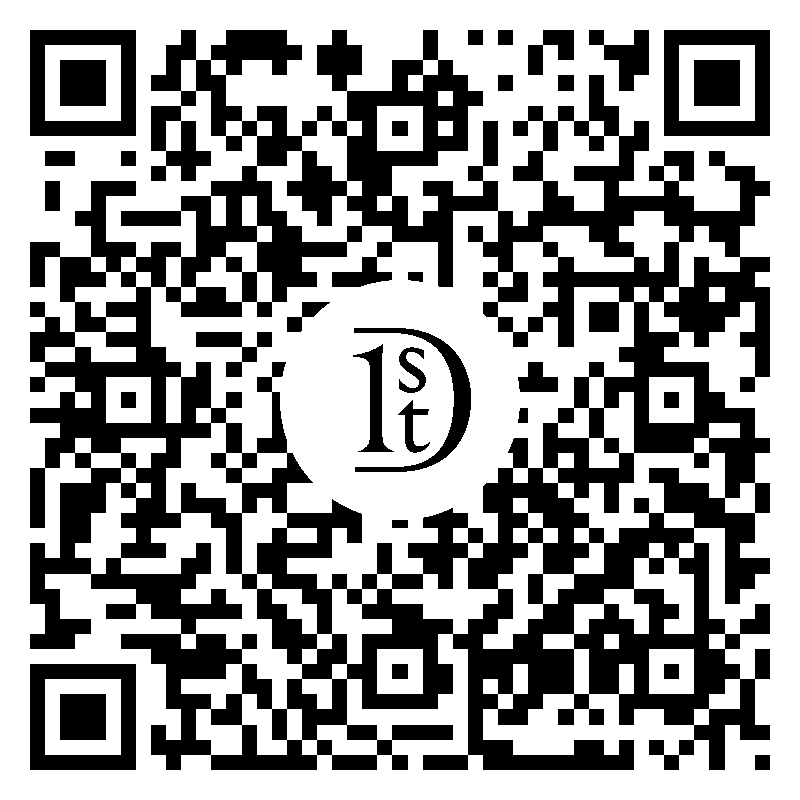 Members of the Seguso family have been leading figures in the manufacture of glass on the Venetian island of Murano since the late 1300s, but for most collectors of vintage design the name evokes two companies formed in the first half of the 20th century. Seguso Vetri d’Arte, born from a small consortium of master glass artisans that included Archimede Seguso (1909–99), thrived under the artistic directorship of Flavio Poli (1900–84), a designer with an eye for modern forms, color and pattern. Vetreria Archimede Seguso, meanwhile, was founded in 1946, when Seguso opened his own atelier in order to employ classical techniques in the making of modern glassware.

The owners of Seguso Vetri d’Arte were justly proud of their skills as craftsmen, but they were not worldly aesthetes — and they knew it. Poli had studied at the Art Institute of Venice, originally working in ceramics before switching mediums and taking up the art of glass. He introduced new simple forms to the genre — the best known of his designs being the Valva, which resembles a clamshell in profile — and employed several novel techniques such as corroso, which gives glass a rough, emery-board-like finish. Poli’s most collectible works are his sommerso pieces, made with a layering process in which clear and colored-glass vessels are “submerged” within one another, producing a kind of nesting-doll effect in striking, elegant vases with bands of separate and overlapped hues.

At his eponymous workshop, Archimede Seguso often favored highly decorative, age-old techniques employed with modern restraint. His layered-glass Losanghe vessels have the look of an abstract checkerboard while his free-form Merletto vases have delicate, lacy patterns created by painstakingly twisting two heated glass straws to create helixes around the walls of the piece.

Though different in their scope and mission, both of these furnaces bearing the Seguso name created some of the most beautiful, alluring and exquisitely crafted works in all of modern design.

About the Seller
No Reviews Yet
Located in Berlin, DE
Vetted Seller
Our team of world-class specialists approve every seller on 1stDibs.
1stDibs seller since 2013
Typical response time: 15 hours
More From This Seller
View All From Seller

Murano Chandelier by Seguso, circa 1940s