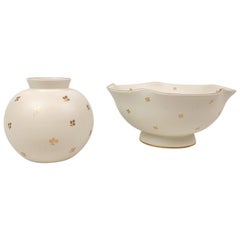 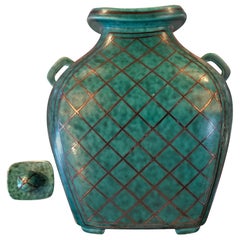 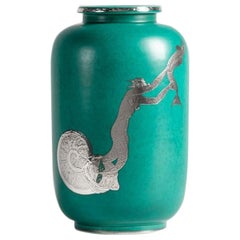 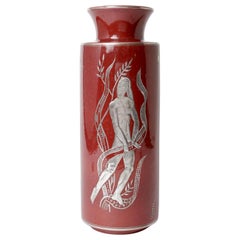 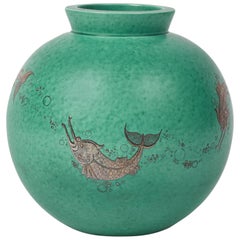 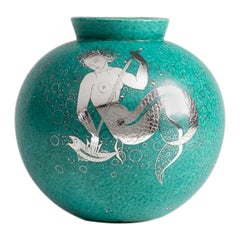 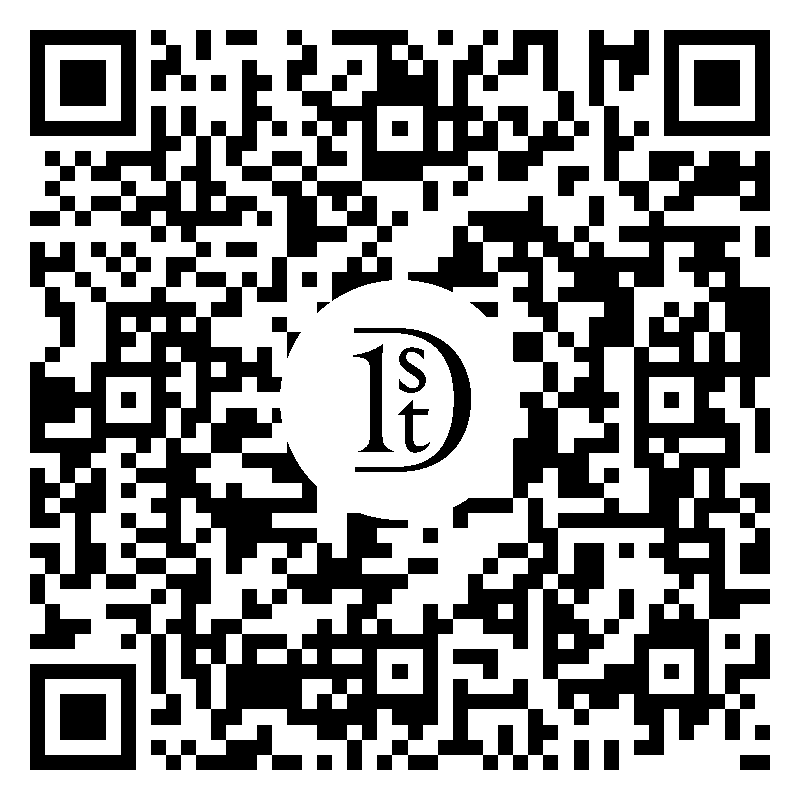 Midcentury Wilhelm Kåge ceramic vase for Gustavsberg. The model is called "Carrara" and the model number for this vase is 1029. The vase is 24cm high and 8,5cm in diameter. It is in good vintage condition with signs of usage consistent with age and use.

The Gustavsberg porcelain factory was, for many decades, the largest ceramics maker in Sweden and home to some of the most innovative and ingenious makers of the past century. The company, founded in 1825, mass-produced a wide range of products: first decorative household items and tableware in the English style and later bathroom fixtures, including the first pressed-steel bathtubs that would oust heavy cast iron. But of first interest to collectors are the remarkable decorative works created in the Gustavsberg art pottery studio, in particular those by master ceramists Wilhelm Kåge, Berndt Friberg and Stig Lindberg.

Gustavsberg began producing some individually crafted, highly decorated and richly glazed pieces in the 1860s. While the forms of their mass-produced vessels and plates derived from English, Continental and Asian styles, a select few painters won acclaim for their personal artistry. Gunnar Wennerberg became known for his work in the organic Art Nouveau style, and Josef Ekberg, the company’s design chief from 1908 to 1917, was revered for his expert use of iridescent lusterware glazes and the sgraffito technique, in which a decorative pattern is incised in the surface of a clay pot before it is glazed and fired.

It was not until Ekberg’s successor, Wilhelm Kåge, opened Gustavsberg’s first dedicated art pottery studio that the work became widely recognized. Kåge’s “Argenta” series, which encompasses a variety of vessels coated with an oxidized green glaze and decorated in silver motifs, remains popular. Though perhaps his most striking works are his “Surrea” vases — white bisque porcelain in off-kilter forms inspired by Cubist paintings — and his “Farsta” wares, which include totemic, spindly footed stoneware vases and bowls with textured surfaces, glazed in brown, green and blue.

Kåge’s finest protégés, Berndt Friberg and Stig Lindberg, took over from Kåge as Gustavsberg’s design directors in 1945. Friberg was a master potter. He threw elegant, simple, symmetrical vases and bowls painstakingly coated in layer after layer of matte glazing to achieve a classic striated effect known as “rabbit’s fur.” Lindberg’s highly collectible studio ceramics fall into two principal categories: The first is made of white porcelain pieces in round, biomorphic or stylized natural forms. The second includes weightier vases — many with textured bodies and applied decorations — glazed in deep, earthy colors. As you will see from the works on these pages, Gustavsberg was a bastion of creativity and precise artistry that turned out a remarkable range of works whose style still resonates with lovers of Scandinavian design.

About the Seller
4.9 / 5
Located in Malmo, Sweden
Gold Seller
This distinction is for experienced sellers who continually surpass customer expectations.
Established in 2016
1stDibs seller since 2017
80 sales on 1stDibs
Typical response time: 1 hour
More From This Seller
View All From Seller