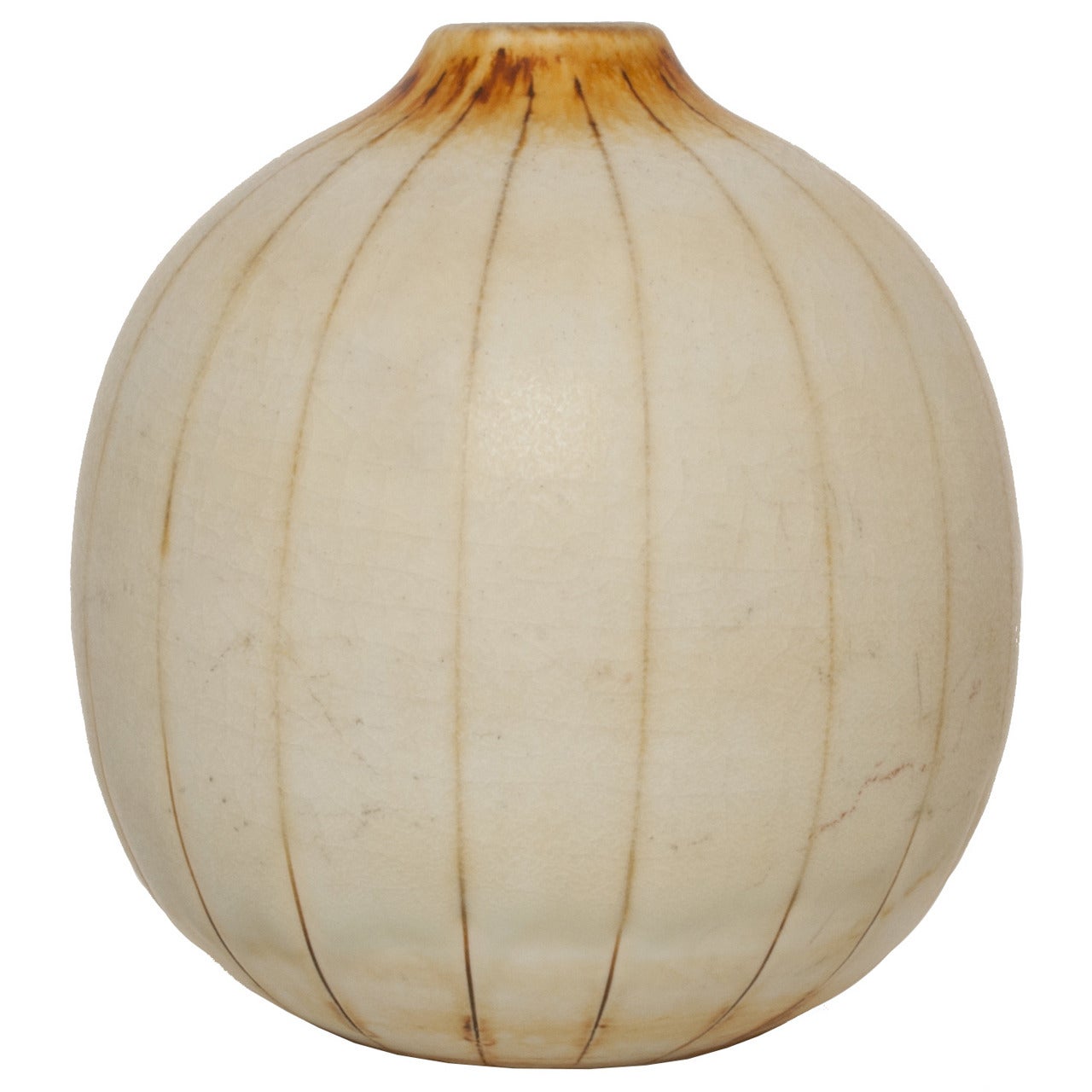 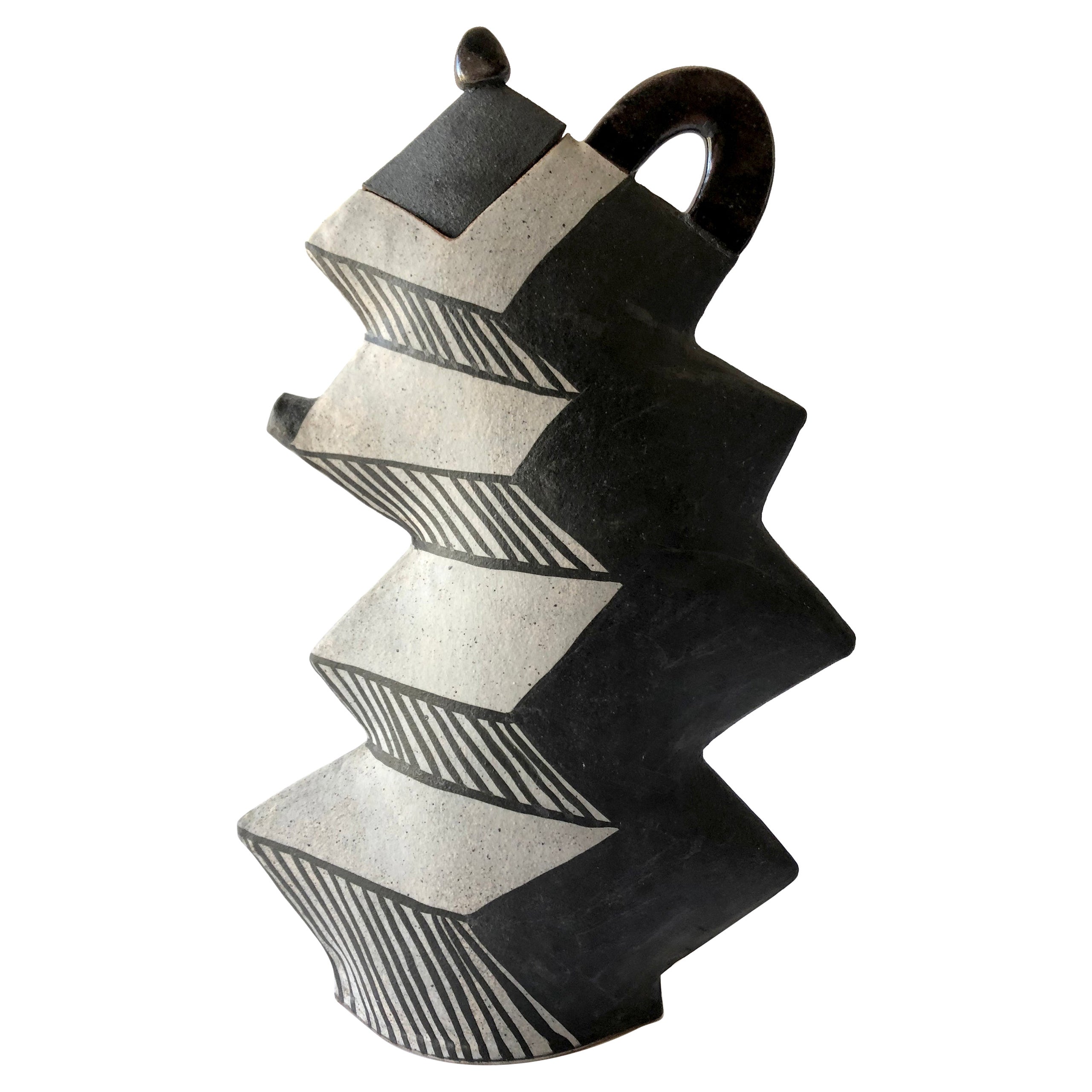 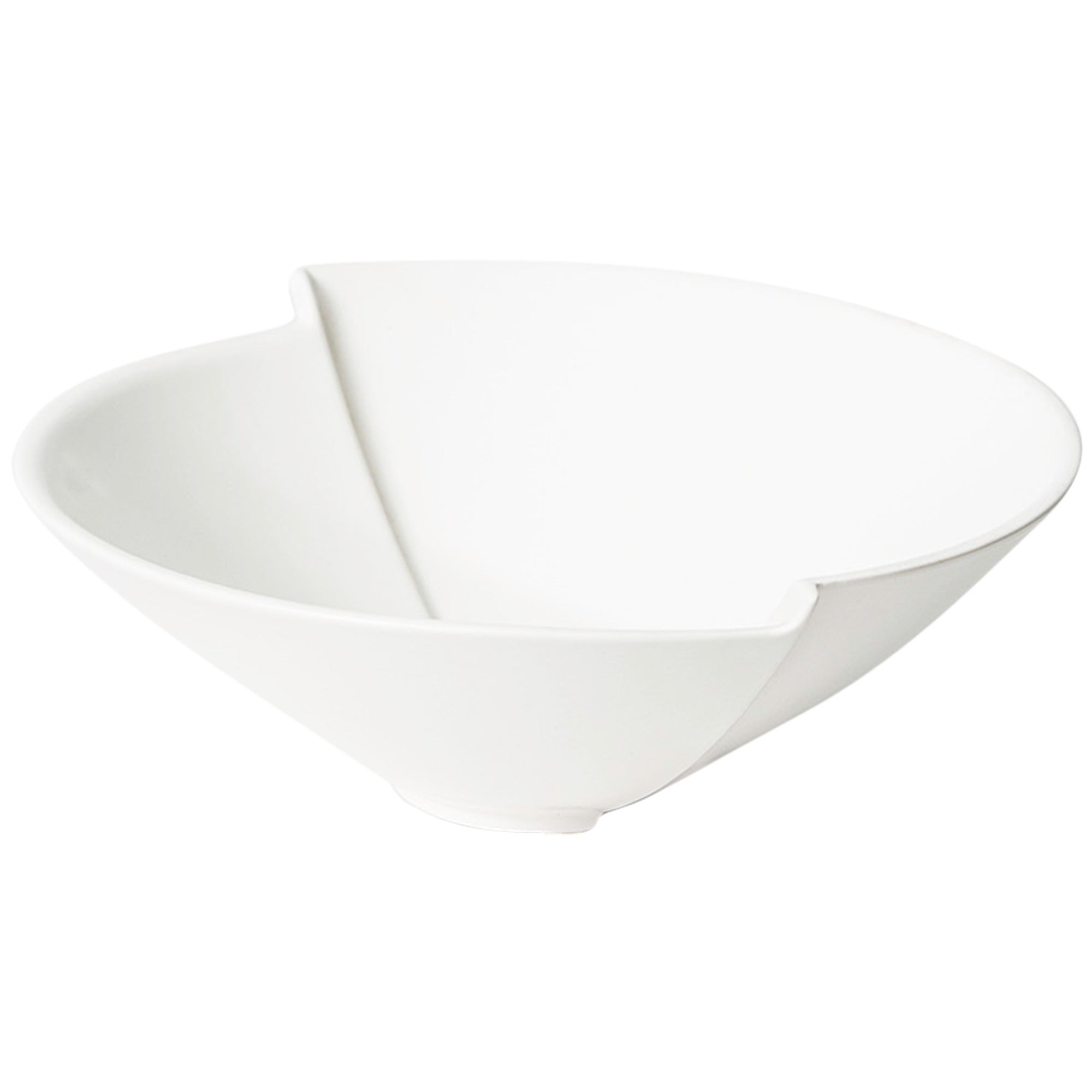 "Wassail Feast" Charger by Pewabic for Detroit Institute of Arts, 1982 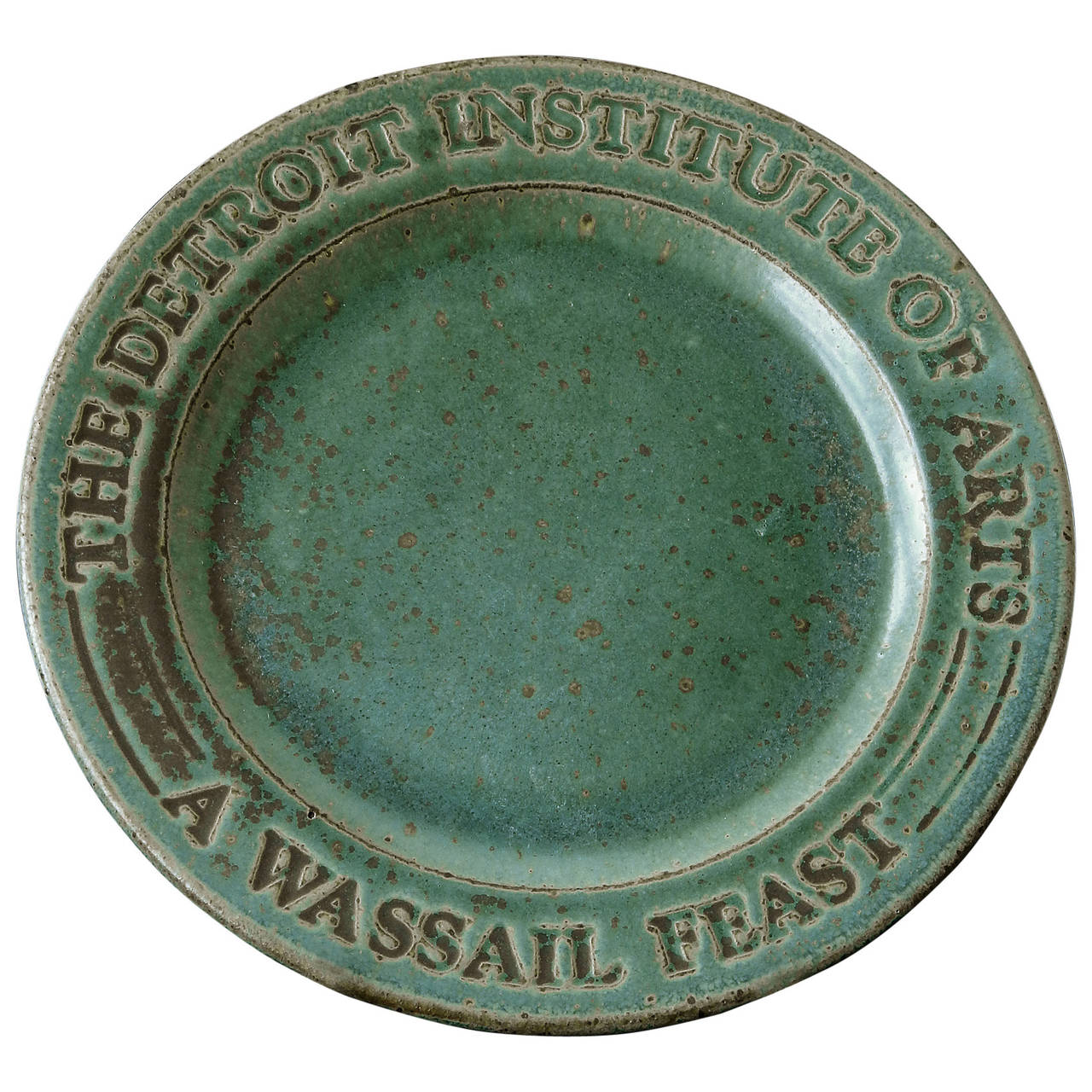 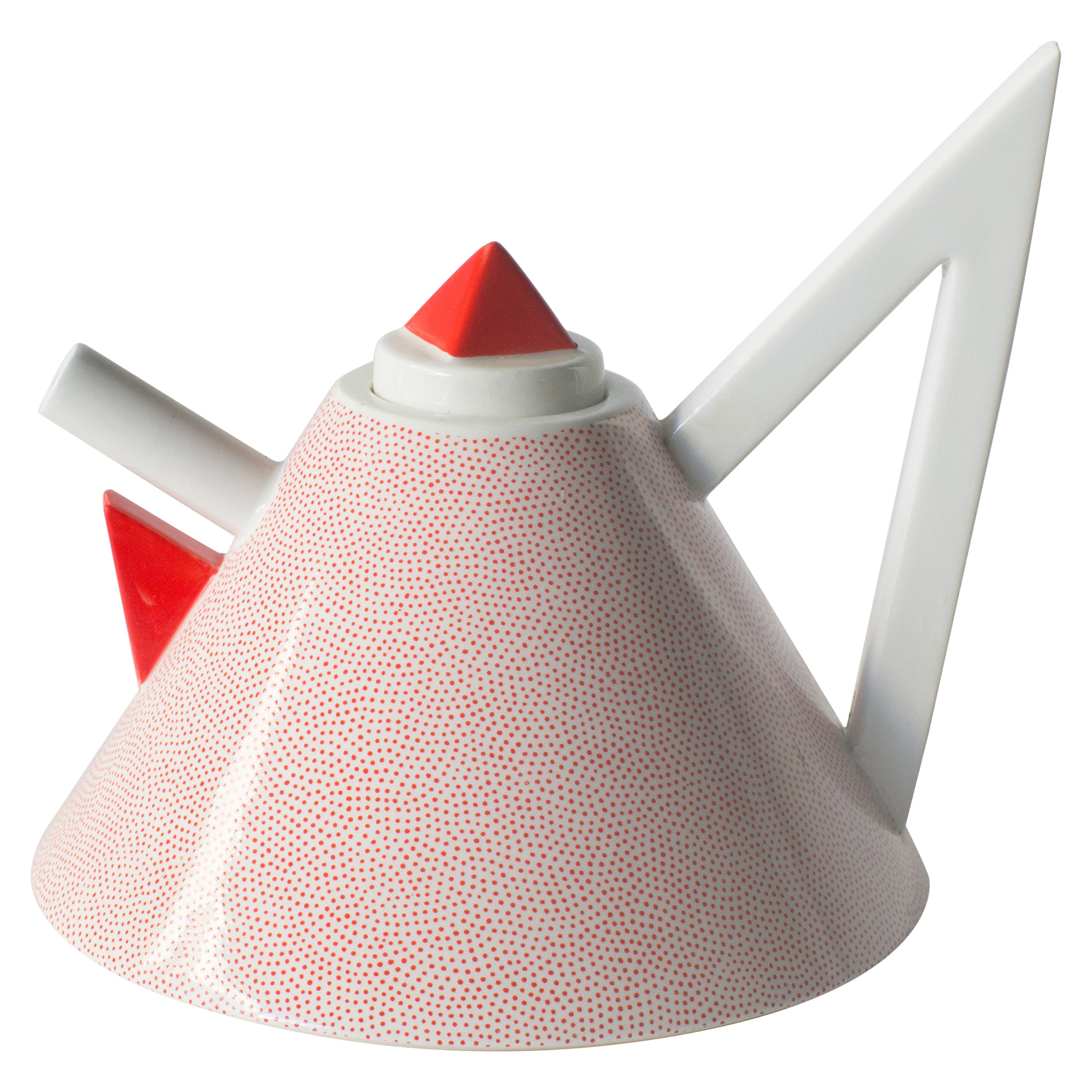 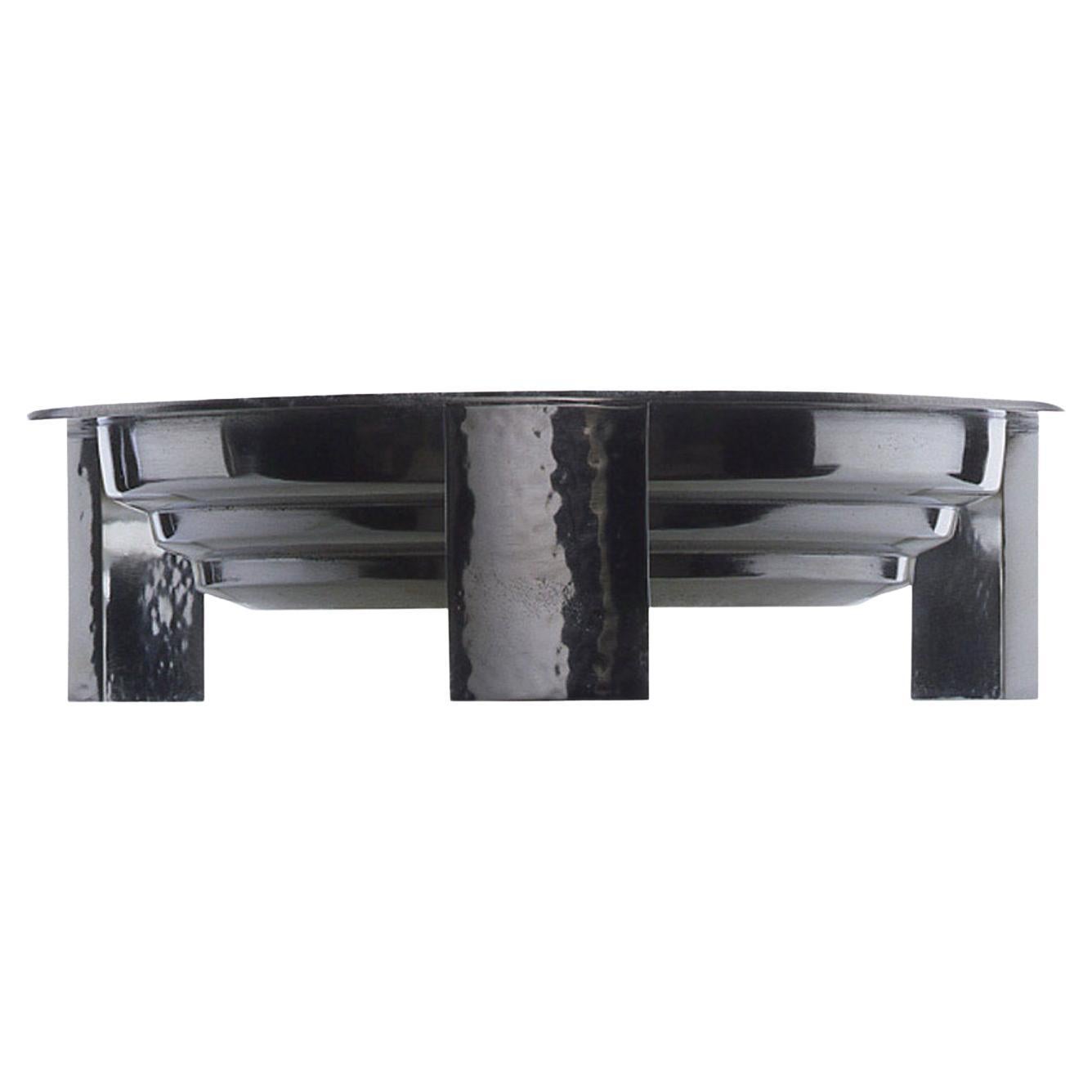 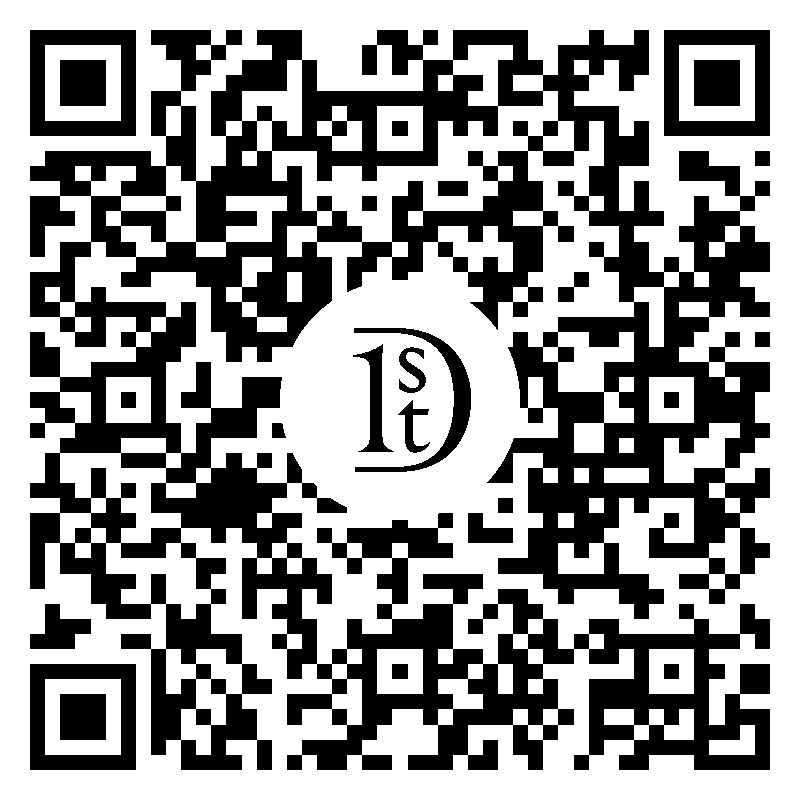 Basilico is one of the teapots from the "The Indian Memory" collection designed by Ettore Sottsass in 1987 and now re-edited by Alessio Sarri. All the pieces in the collection are signed, numbered and accompanied by a certificate of authenticity. About When in the mid-eighties, Ettore Sottsass met Alessio Sarri - a young ceramist from Sesto Fiorentino - he decided to put it to the test by asking him to translate one of his designs from the 1970s into ceramics. The Indian Memory was born from that meeting: six teapots and two fruit bowls with dusty and opaque colors and profiles containing the echo of Indian temples. These ceramics are the point starting point of an experimentation of forms at the limit of technical possibilities, uncertain between architecture, sculpture and landscape. Today, Alessio Sarri takes over the production of The Indian Memory and thanks to thirty years of experience as a master ceramist, he is preparing to face new stories and new challenges: “Ceramic is a beautiful metaphor. After all it's just dust: dust with infinite possibilities”. 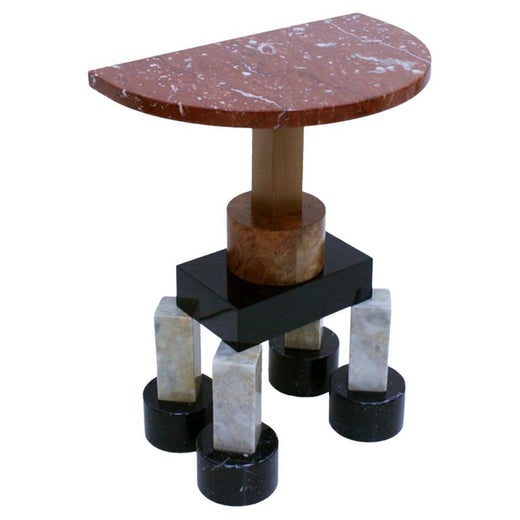 An architect, industrial designer, philosopher and provocateur, Ettore Sottsass led a revolution in the aesthetics and technology of modern design in the late 20th century.Sottsass was the oldest member of the Memphis Group — a design collective, formed in Milan in 1980, whose irreverent, spirited members included Alessandro Mendini, Michele de Lucchi, Michael Graves and Shiro Kuramata. All had grown disillusioned by the staid, black-and-brown “corporatized” modernism that had become endemic in the 1970s. Memphis (the name stemmed from the title of a Bob Dylan song) countered with bold, brash, colorful, yet quirkily minimal designs for furniture, glassware, ceramics and metalwork. They mocked high-status by building furniture with inexpensive materials such as plastic laminates, decorated to resemble exotic finishes such as animal skins. Their work was both functional and — as intended — shocking. Even as it preceded the Memphis Group's formal launch, Sottsass's iconic Ultrafragola mirror — in its conspicuously curved plastic shell and radical pops of pink neon — embodies many of the collective's postmodern ideals.Sottsass's most-recognized designs appeared in the first Memphis collection, issued in 1981 — notably the multihued, angular Carlton room divider and Casablanca bookcase. As pieces on 1stDibs demonstrate, however, Sottsass is at his most imaginative and expressive in smaller, secondary furnishings such as lamps and chandeliers, and in table pieces and glassware that have playful and sculptural qualities.It was as an artist that Ettore Sottsass was celebrated in his life, in exhibitions at the Los Angeles County Museum of Art, in 2006, and the Philadelphia Museum of Art a year later. Even then Sottsass’s work prompted critical debate. And for a man whose greatest pleasure was in astonishing, delighting and ruffling feathers, perhaps there was no greater accolade. That the work remains so revolutionary and bold — that it breaks with convention so sharply it will never be considered mainstream — is a testament to his genius.

About the Seller
5 / 5
Located in Milan, Italy
Platinum Seller
These expertly vetted sellers are 1stDibs' most experienced sellers and are rated highest by our customers.
Established in 2006
1stDibs seller since 2016
227 sales on 1stDibs
Typical response time: <1 hour
More From This Seller

US$1,731
Set of Ceramics by Ettore Sottsass for Bitossi
By Ettore Sottsass
Located in JM Haarlem, NL
The two vases and the plate offered belong to a limited edition of ‘lava glaze’ ceramic objects commissioned by the prominent Dutch department store ‘De Bijenkorf’ and were manufactu...
Category

Set of Ceramics by Ettore Sottsass for Bitossi

US$6,924
Large Green and Red Centrepiece by Ettore Sottsass
By Bitossi, Ettore Sottsass
Located in Milan, IT
This elegant centrepiece in white clay features a base in dark grey supporting a conic body made of concentric steps that are finished in red on the outside and in vivid matte green ...
Category

We Dare You Not to Smile at These Whimsical Italian Designs

Make anyplace your happy place with Italian furniture at its subversive best.