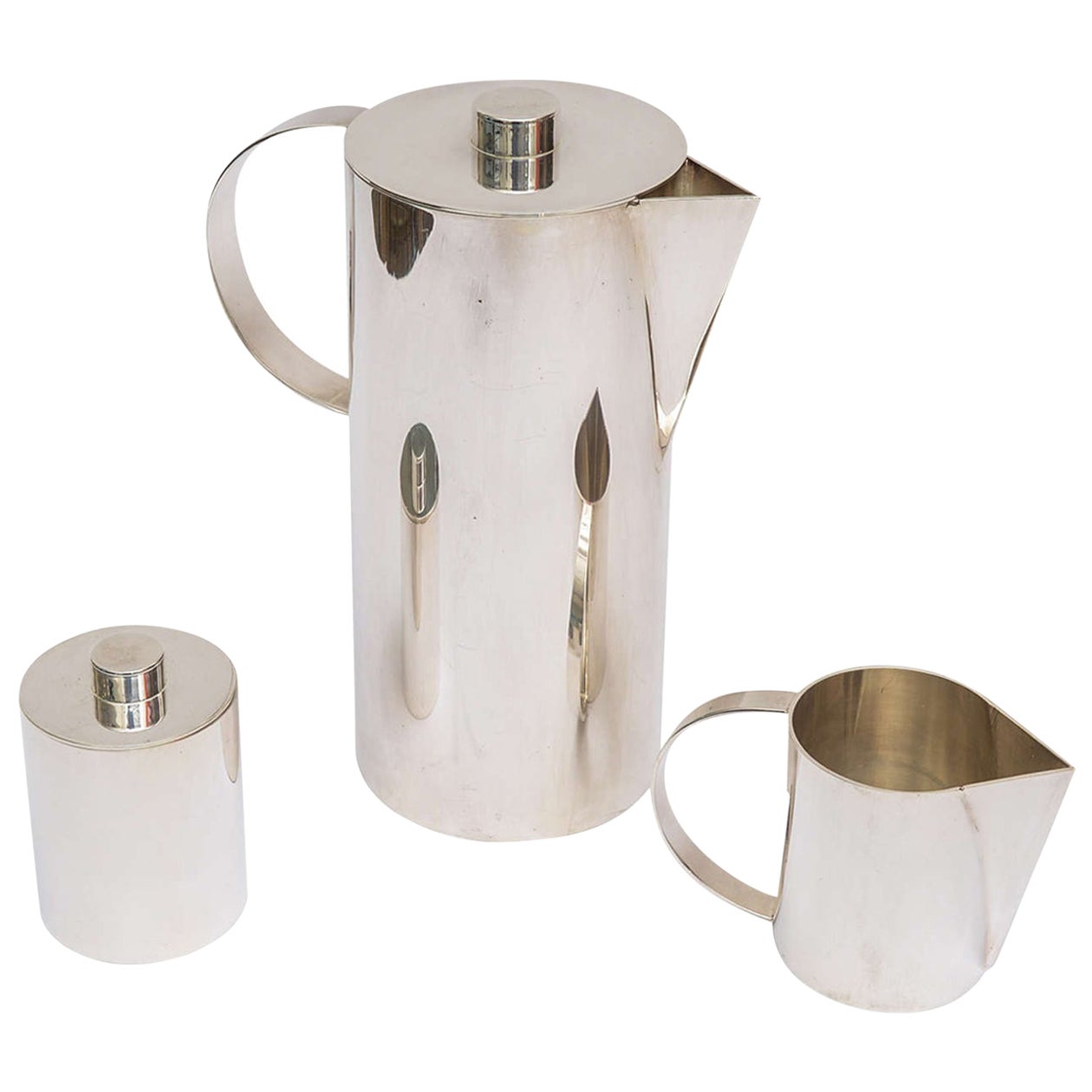 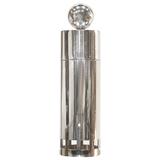 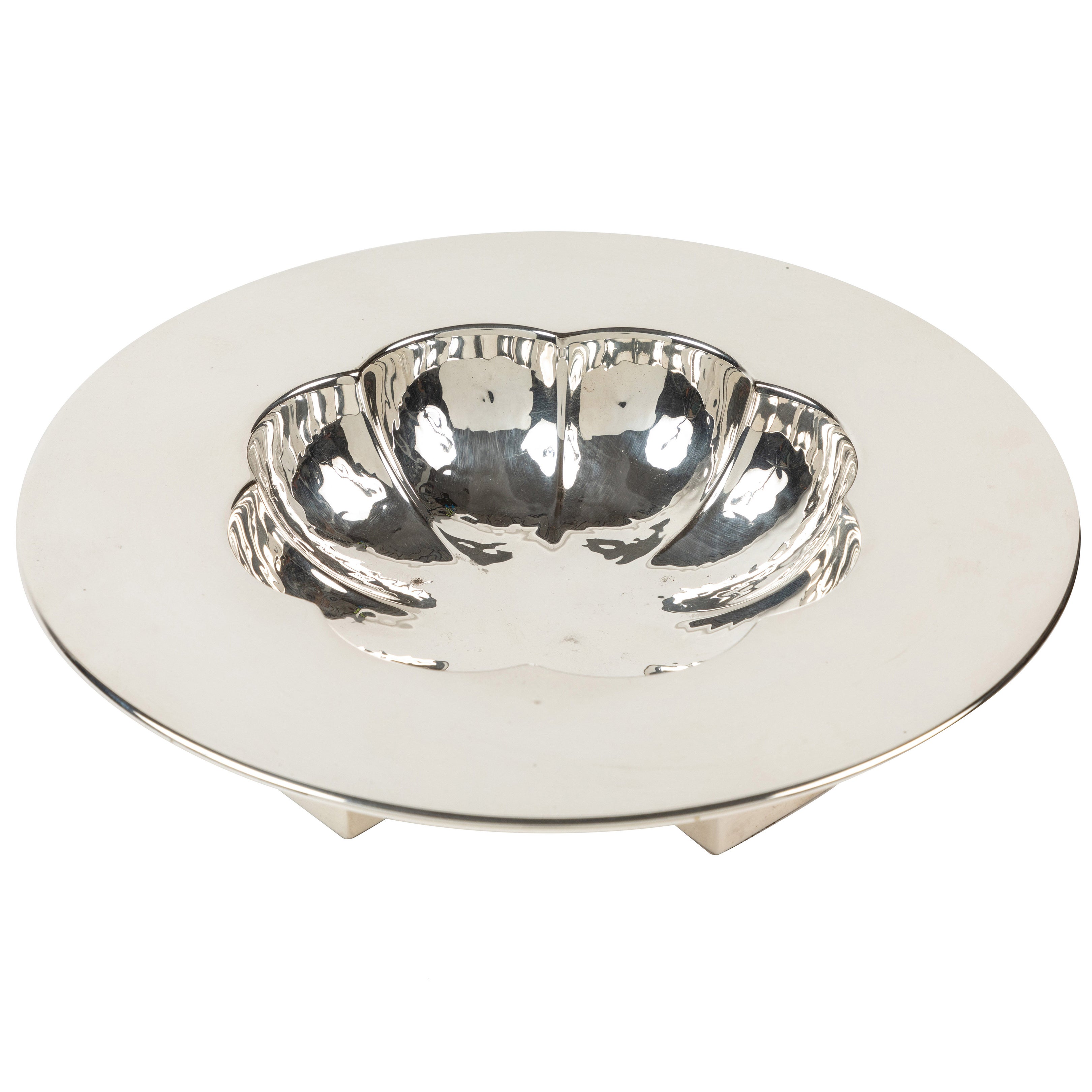 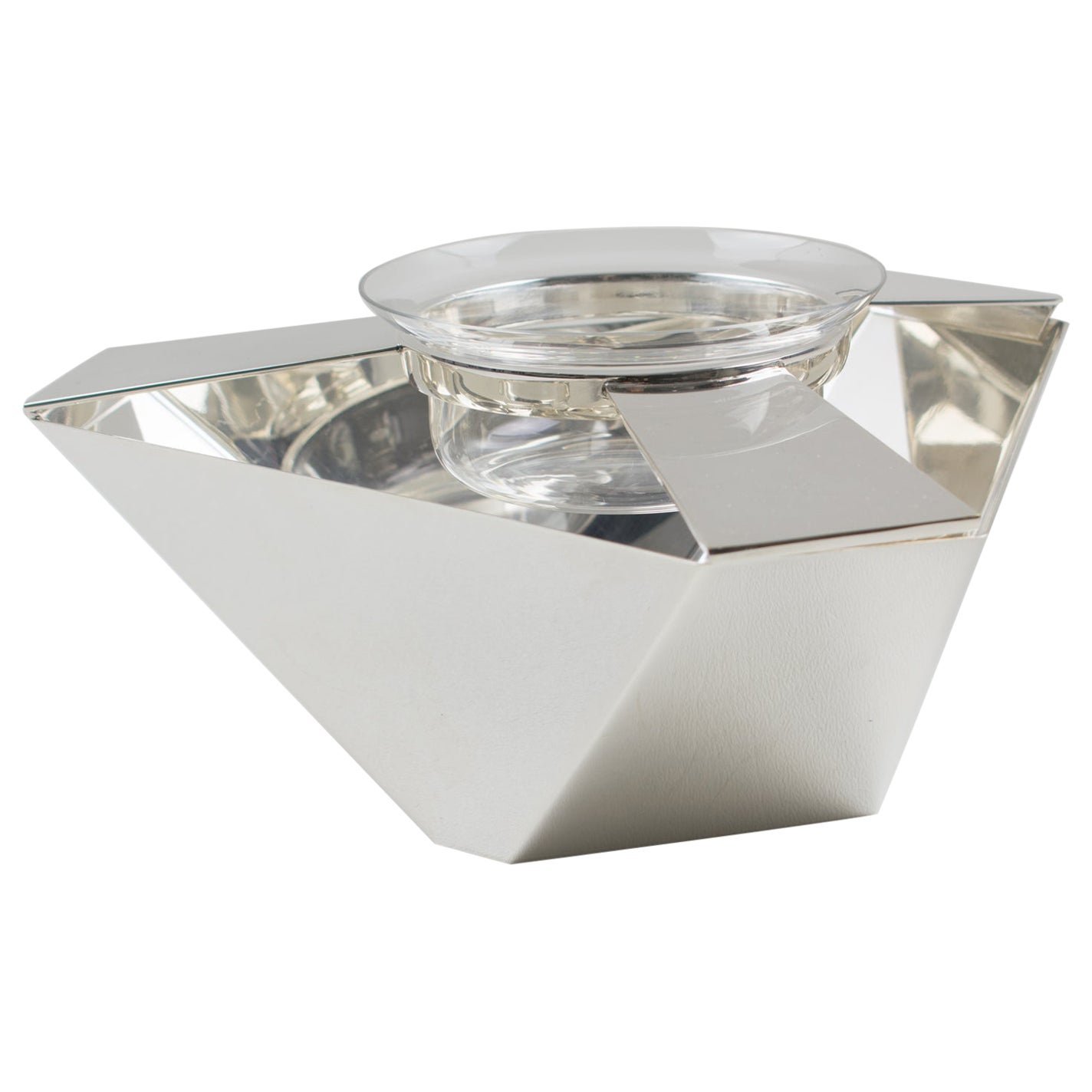 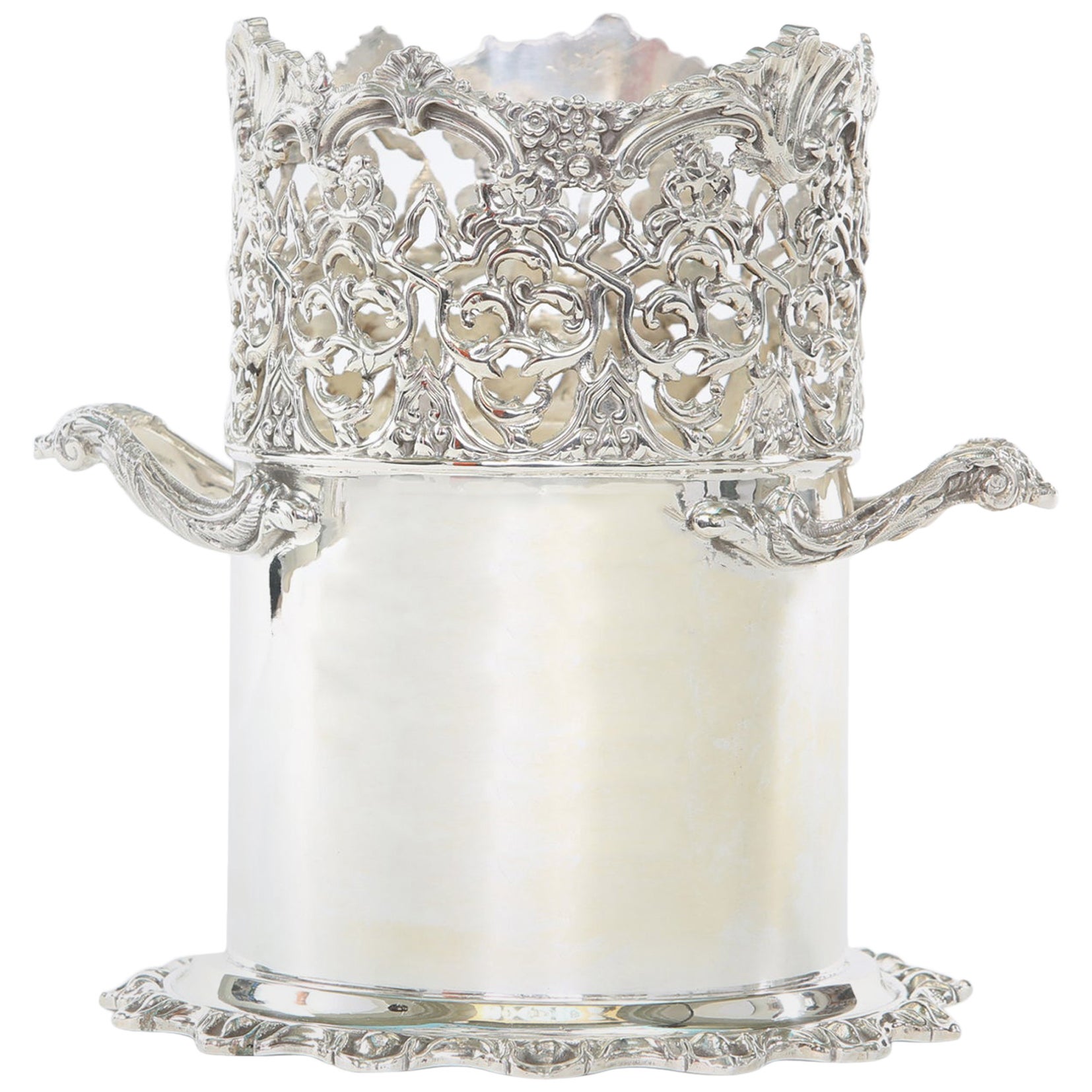 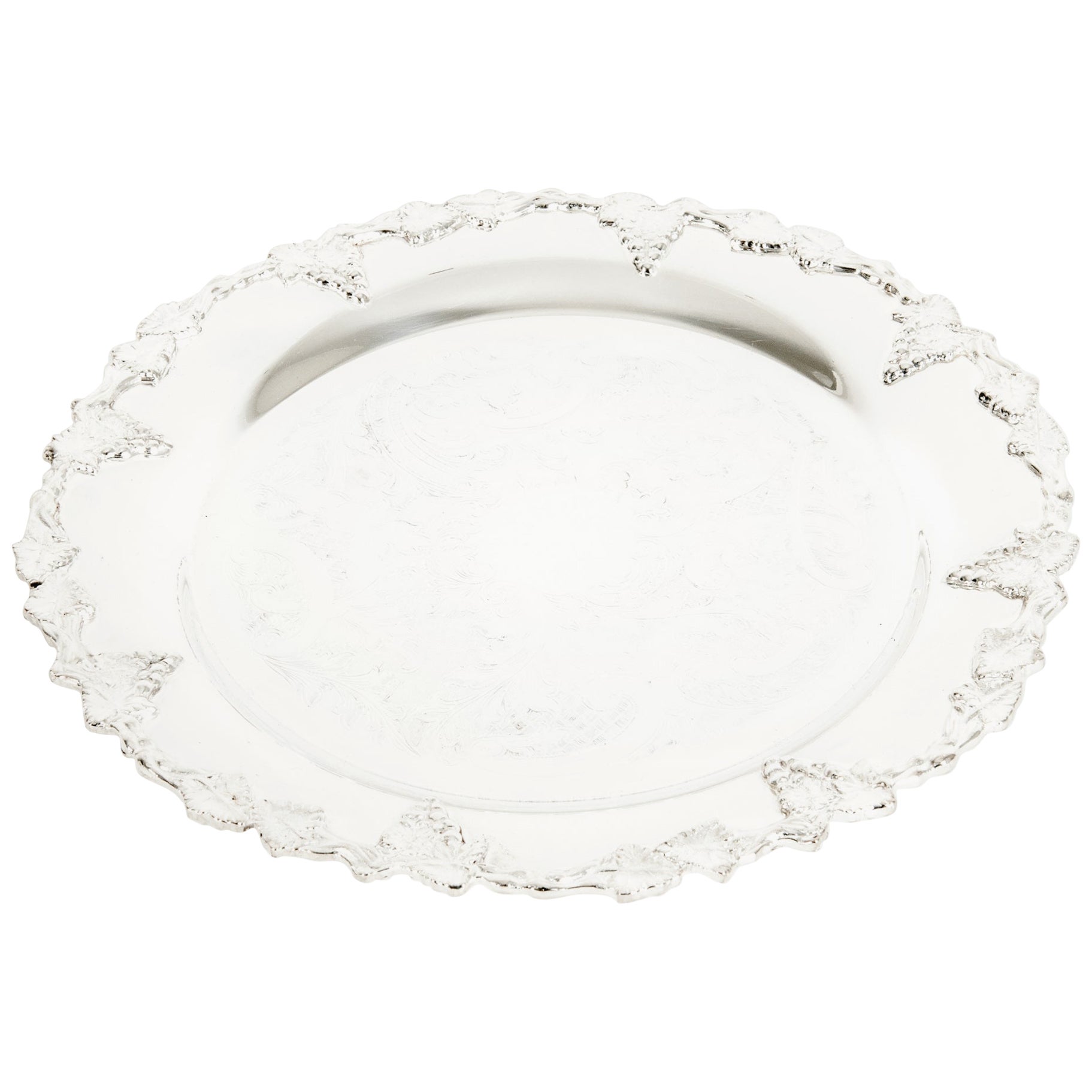 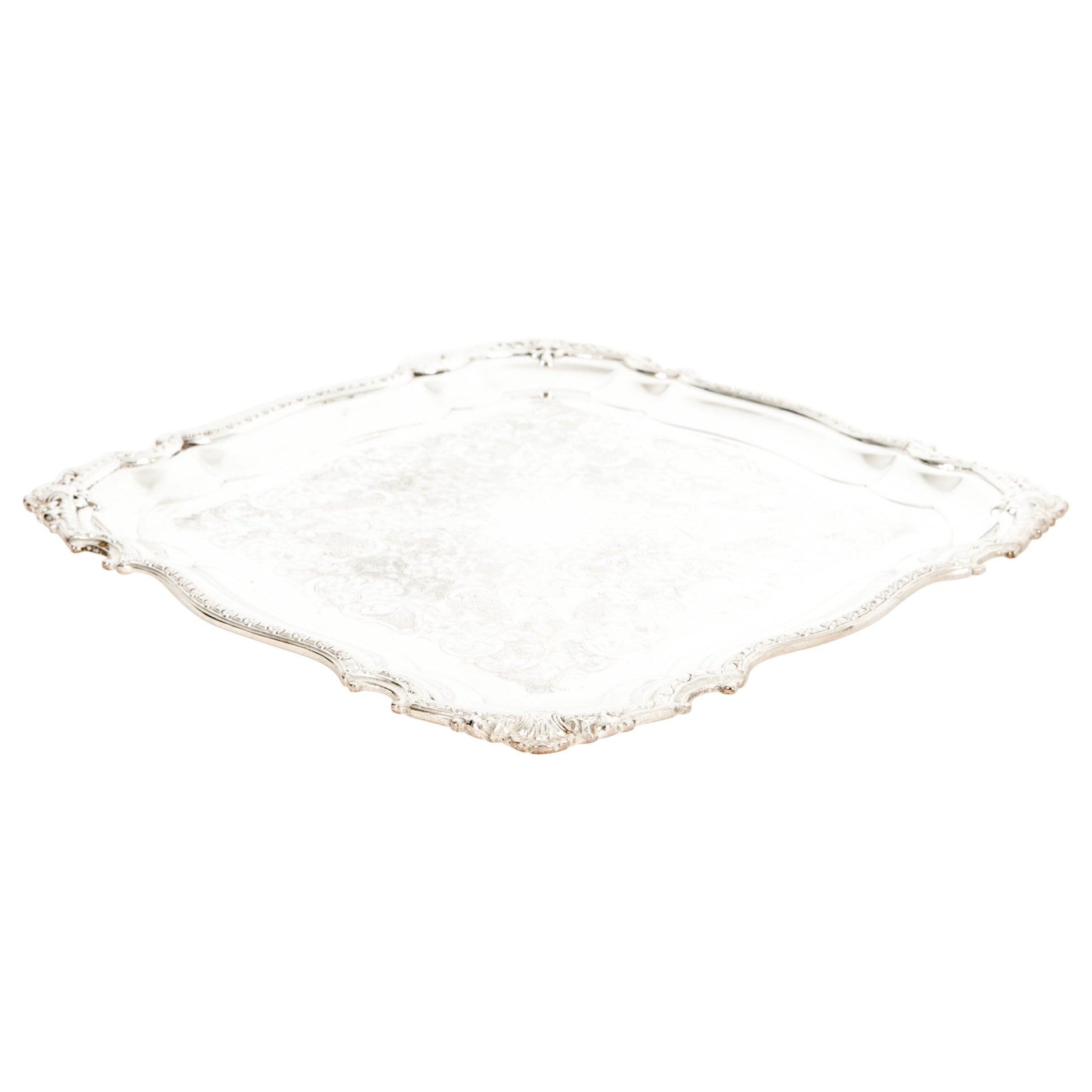 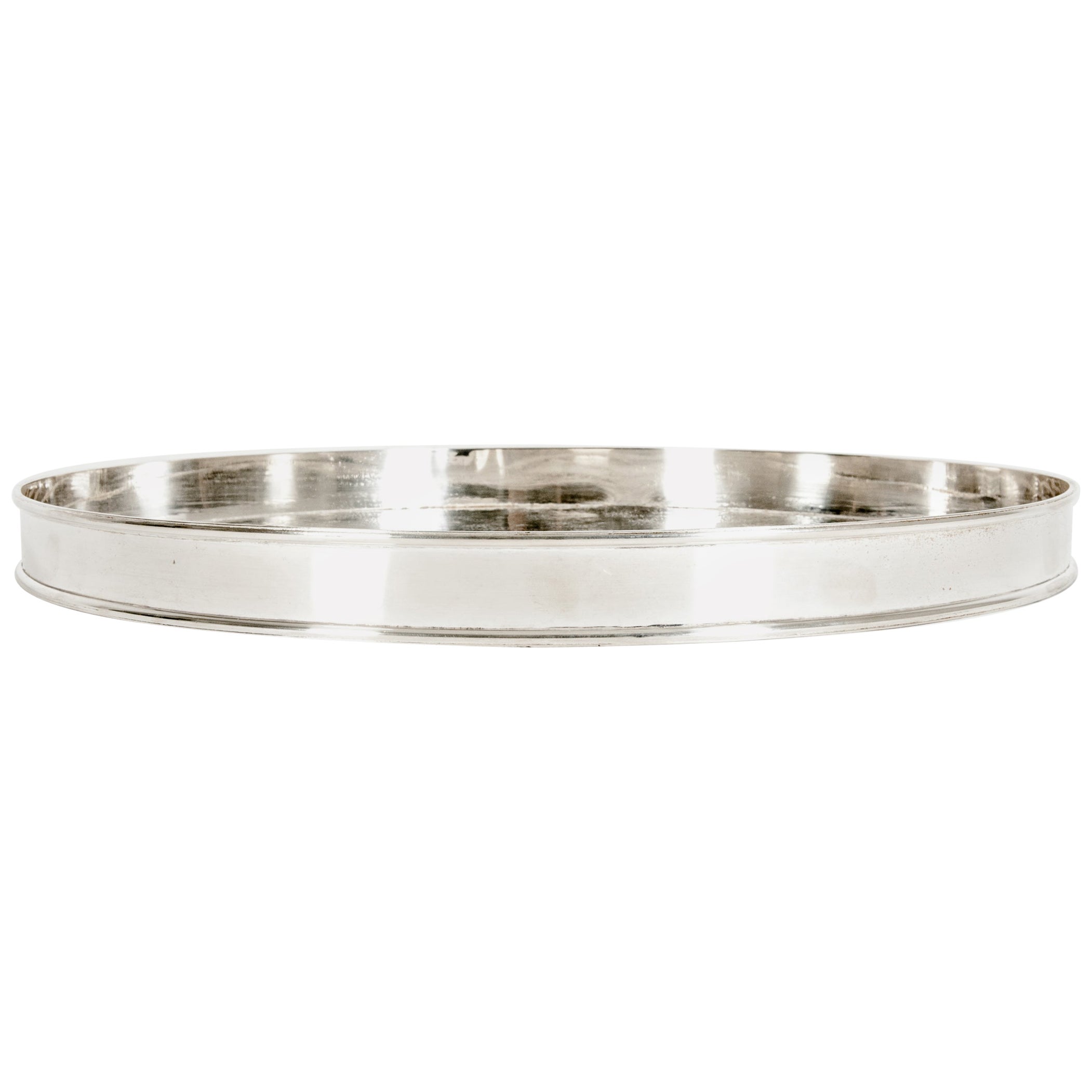 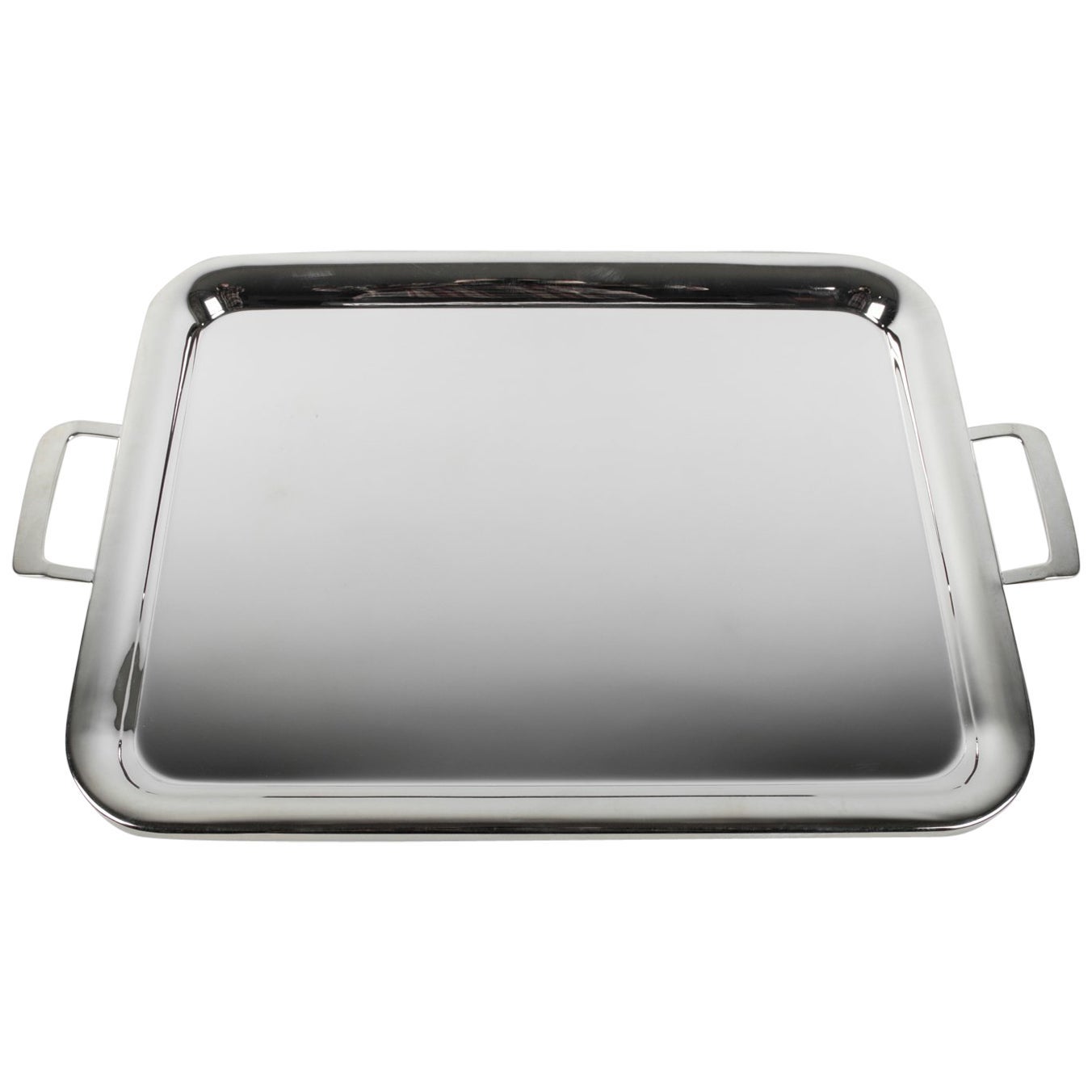 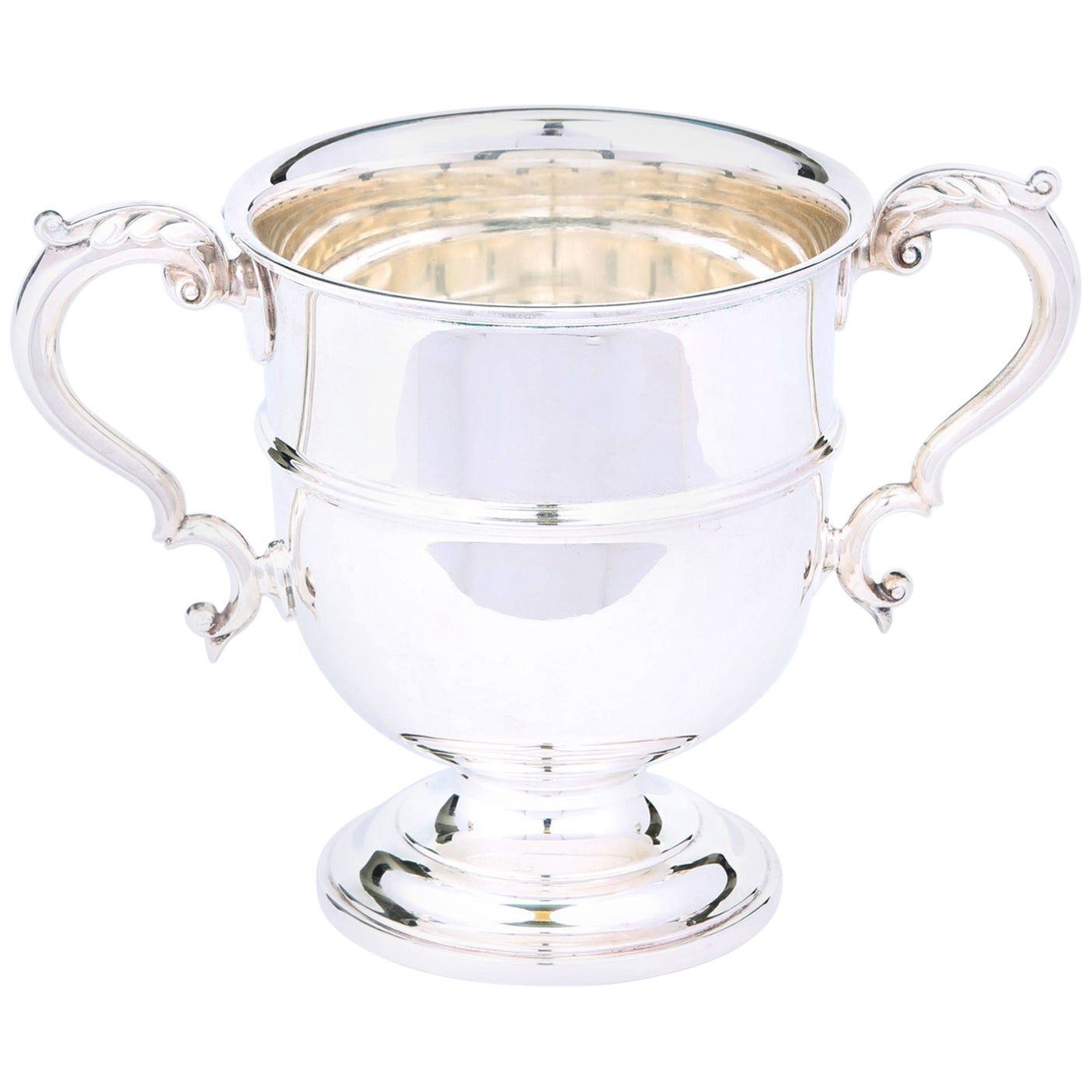 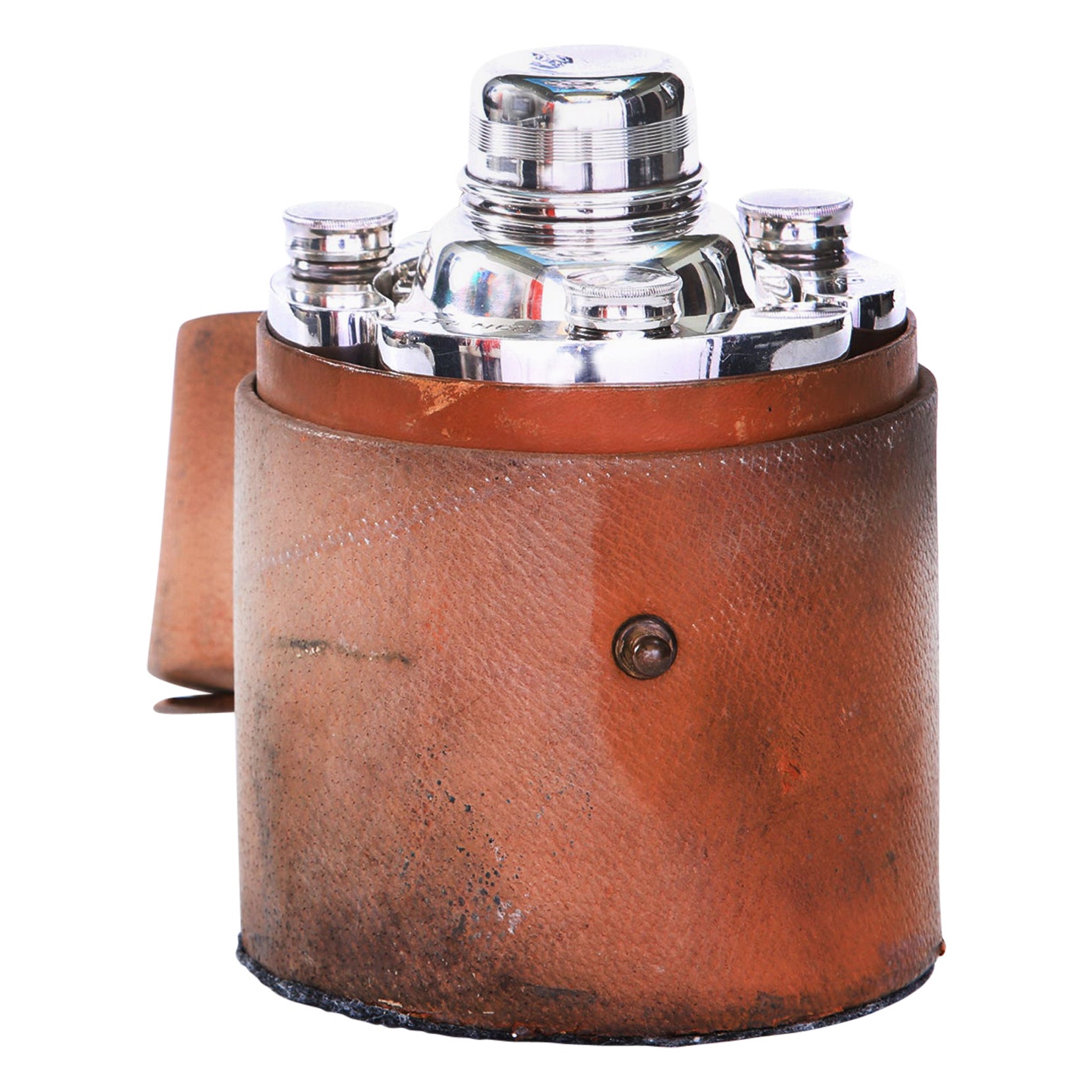 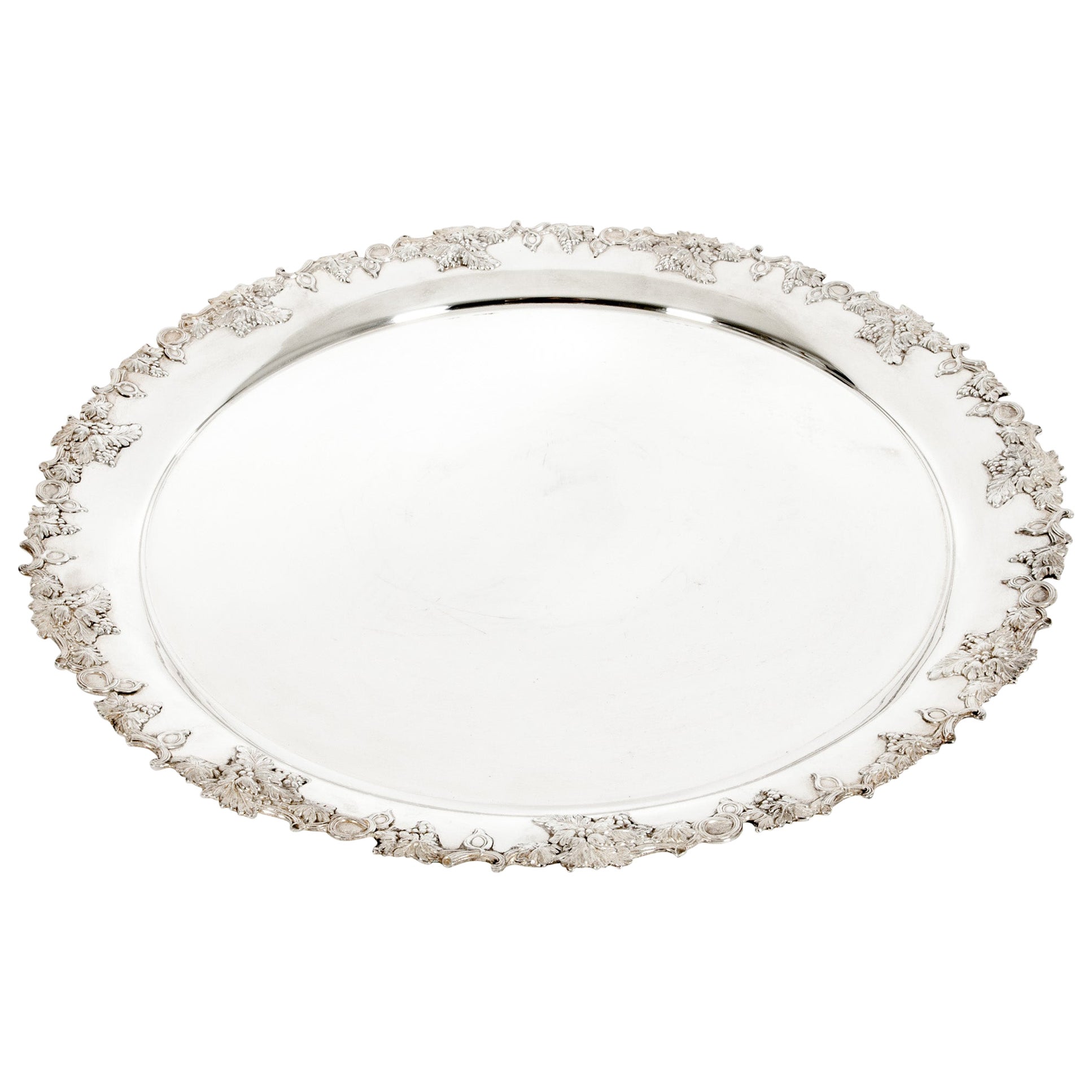 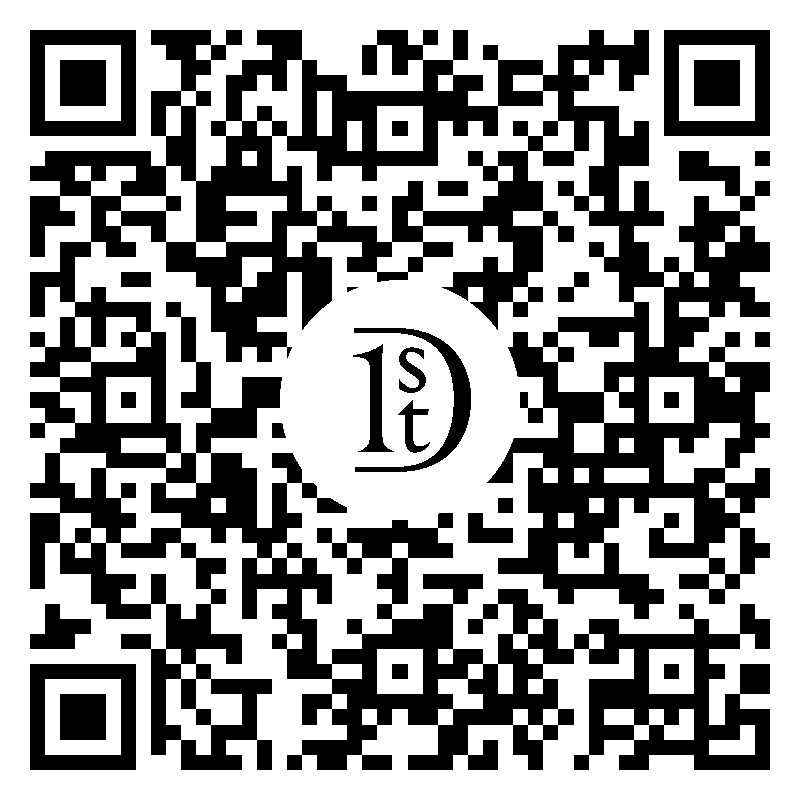 This chic and modernist 1980s silver plate caviar serving bowl and or barware is hallmarked Calvin Klein- Swid Powell. The bowl was manufactured in Hong Kong and the glass insert in Turkey. The glass bowl insert is 3.5" W x 1.5" H. It has a clean and forever look. This is perfect for all your entertaining. Great barware! This will never be out of style. Please note: this is another one we now have and it has a black spot on the top where some of the silver- plate is missing. We did not re-photograph this bowl with the black spot. It could be re-plated at your end but we will now be selling it as is. We are lowering the price due to this imperfection with the silver plate. It cannot be polished but will need replating should you so desire.

The New York City–based tableware company Swid Powell produced some of the most distinctive china and silver of the 1980s in collaboration with international architects and designers. It enjoyed renewed attention in 2007, when the Yale University Art Gallery mounted the exhibition “The Architect’s Table: Swid Powell and Postmodern Design,” celebrating the donation to its collection of the company’s papers.

Swid Powell was established in 1982 by Nan Swid and Addie Powell, who met while working at the modernist furniture company Knoll. Their idea was to translate the aesthetics of postmodern design from the skyscraper to the dining table, and they brought into their preliminary discussions nine prominent architects. Among these were Philip Johnson, Stanley Tigerman and Richard Meier, all of whom expressed enthusiasm about making their designs accessible beyond the small group with the funds to commission buildings from them.

The first Swid Powell collection was launched in 1984, accompanied by a bold, graphic print campaign in keeping with the era’s advertising trends. The company’s best-known collaboration was with Robert Venturi’s Philadelphia-based firm, Venturi, Scott Brown and Associates, whose patterns — particularly the floral design Grandmother inspired by a tablecloth Venturi saw at the home of a colleague's grandmother — adorned Swid Powell porcelain as well as furniture and clothing.

The firm also partnered with architect Richard Meier, whose geometric designs were inspired in part by those of Josef Hoffmann and Charles Rennie Mackintosh. Swid Powell also worked with Arata Isosaki, Ettore Sottsass, Zaha Hadid and George Sowden, creating products that incorporated the bright, saturated colors and popular and historical references, like Classical columns, that animated postmodern design in the 1980s. The Chicago Blue china pattern designed for Swid Powell by the firm Gwathmey Siegel references the distinctive patterns of Frank Lloyd Wright’s leaded glass windows. As you will see in the examples below, Swid Powell continued to produce fine, fashionable homewares throughout the decade and beyond.

About the Seller
5 / 5
Located in North Miami, FL
Platinum Seller
These expertly vetted sellers are 1stDibs' most experienced sellers and are rated highest by our customers.
Established in 2005
1stDibs seller since 2005
559 sales on 1stDibs
Typical response time: 1 hour
Associations
20th Century Specialists
More From This Seller
View All From Seller