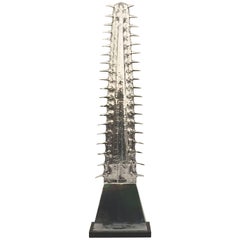 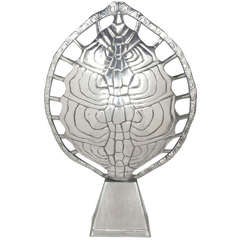 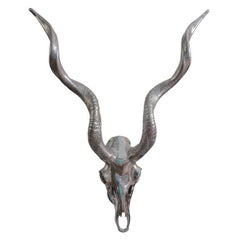 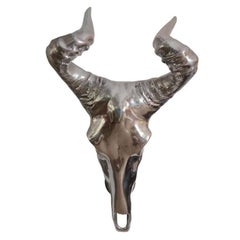 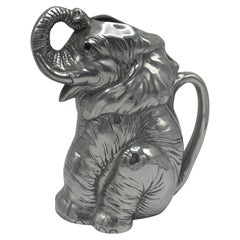 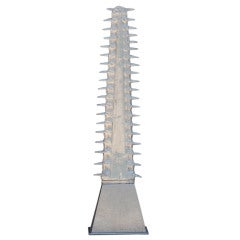 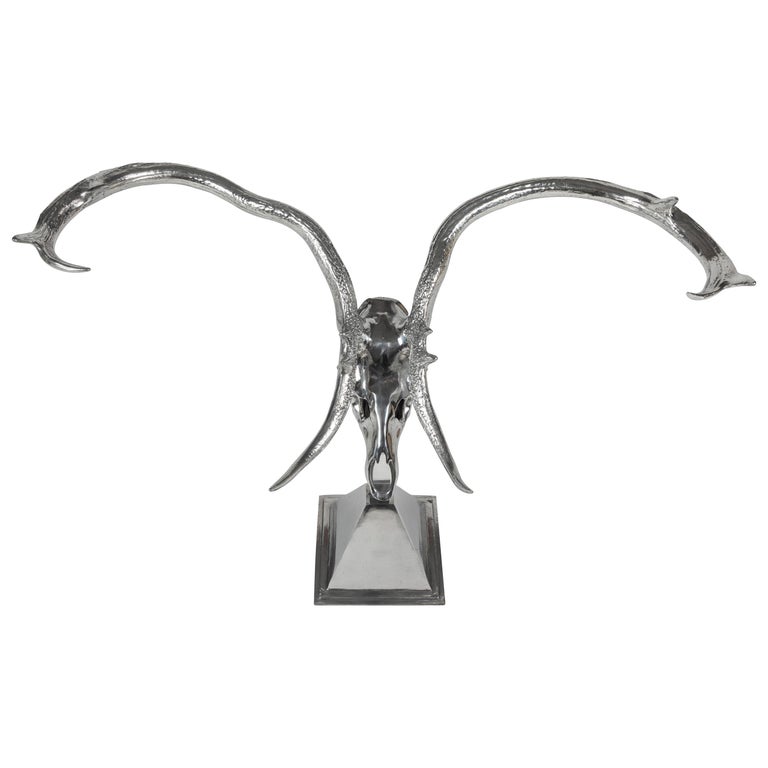 Polished Aluminum Chital Deer Skull on Base by Arthur Court 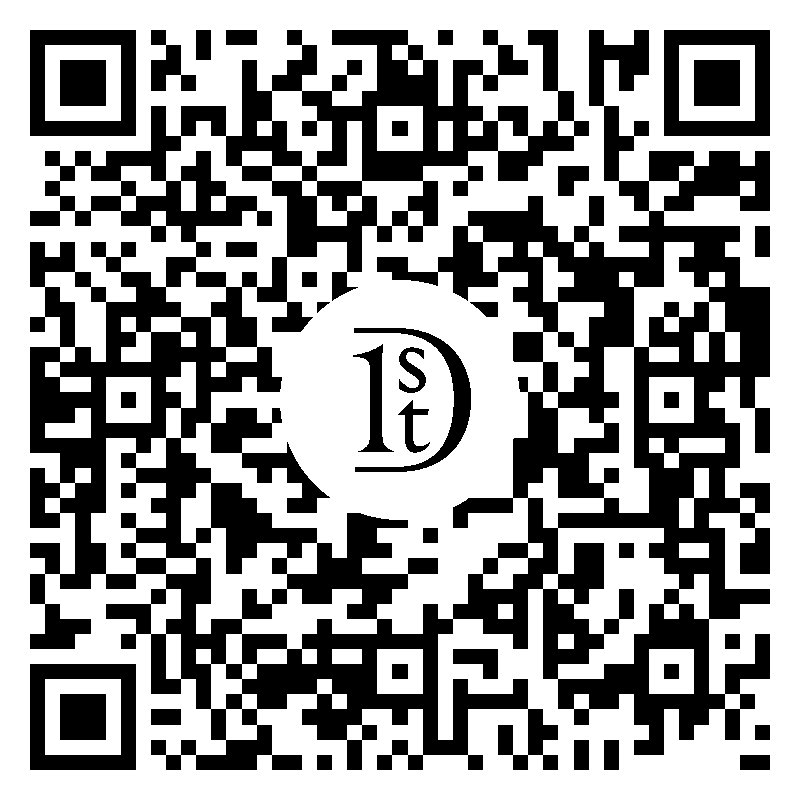 A polished aluminum chital deer skull on an original base by Arthur Court. Skull can be removed from the base and hung on the wall if you prefer.

The work of Arthur Court is a constant delight to his fans. The San Francisco based designer created a wide range of sophisticated yet cheerful furnishings and bijoux based on natural forms that included flowers, cacti, antlers and animals.


Court’s designs drew on his rich and diverse experiences. He grew up in Minnesota, and his childhood rambles in the woods made him a lifelong naturalist. Navy service in the Pacific during World War II exposed Court to Asian cultures, and later in life Court was fond of taking African safaris. Upon his return from the war, Court moved to San Francisco and opened an interior design business — attracting such high-profile Hollywood clients as Shirley Temple Black and the Andrews Sisters. In 1966, he opened a store that offered smaller furniture pieces, tabletop wares and decorative sculptures. These included glass-topped tables with bases shaped like lilies or palm trees; whimsical monkey candlesticks and ice buckets in the form of rabbits and whales; or cast-aluminum tortoise shell-shaped lamps.


As you will see from the offerings on these pages, Arthur Court appealed to anyone with a sense of joie de vivre. Take a look: it’s serious fun!

A Charming Frog Pitcher by Arthur Court in Cast Aluminum