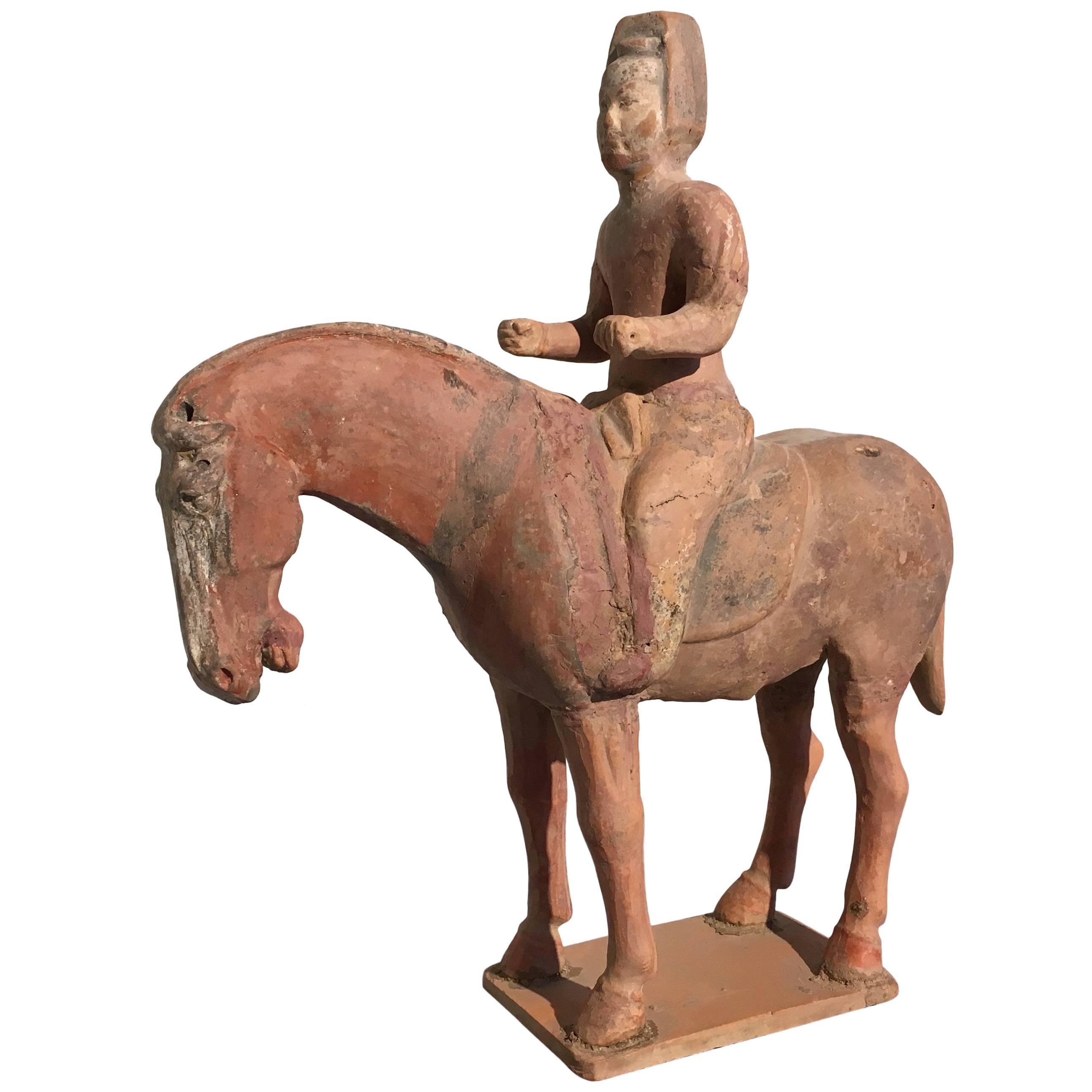 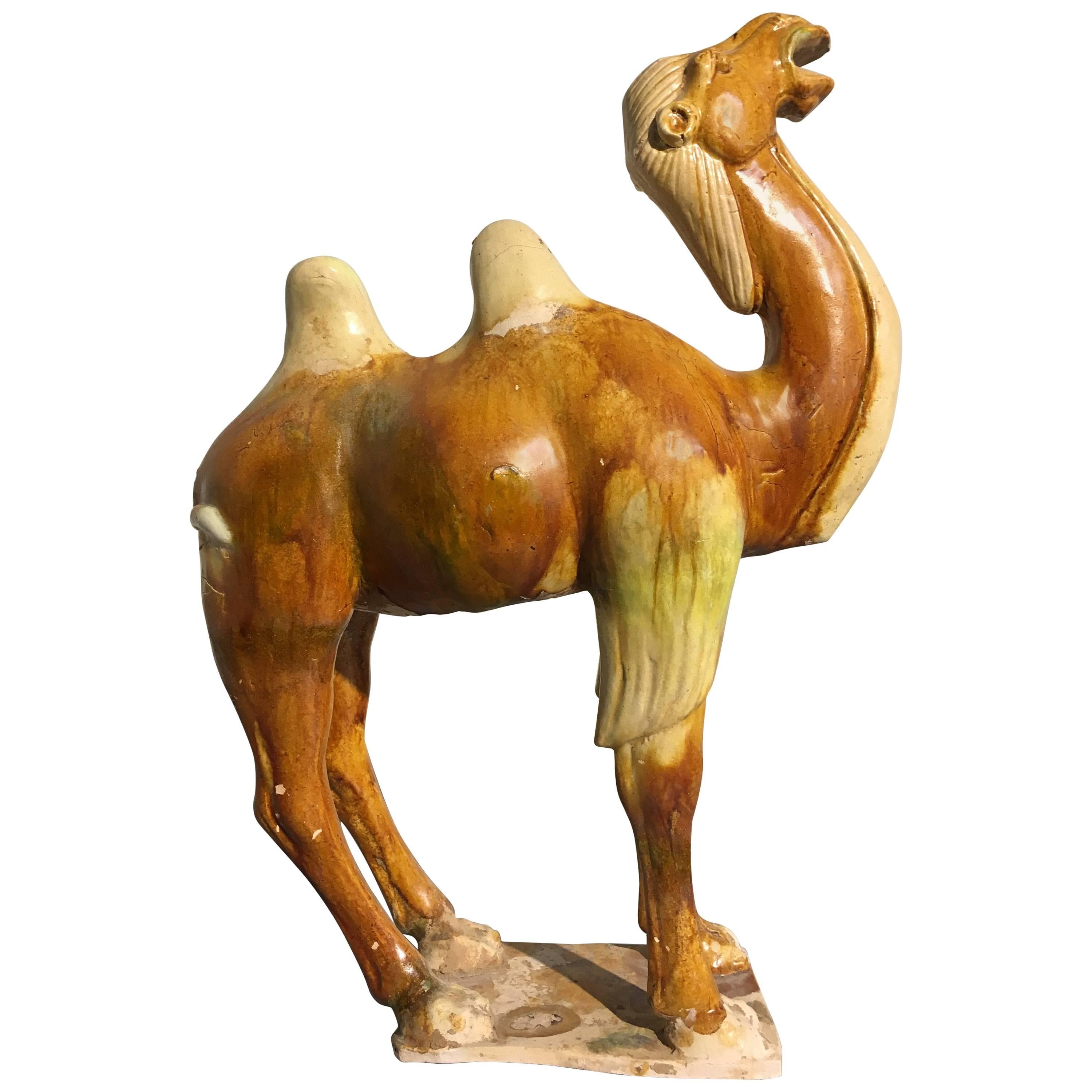 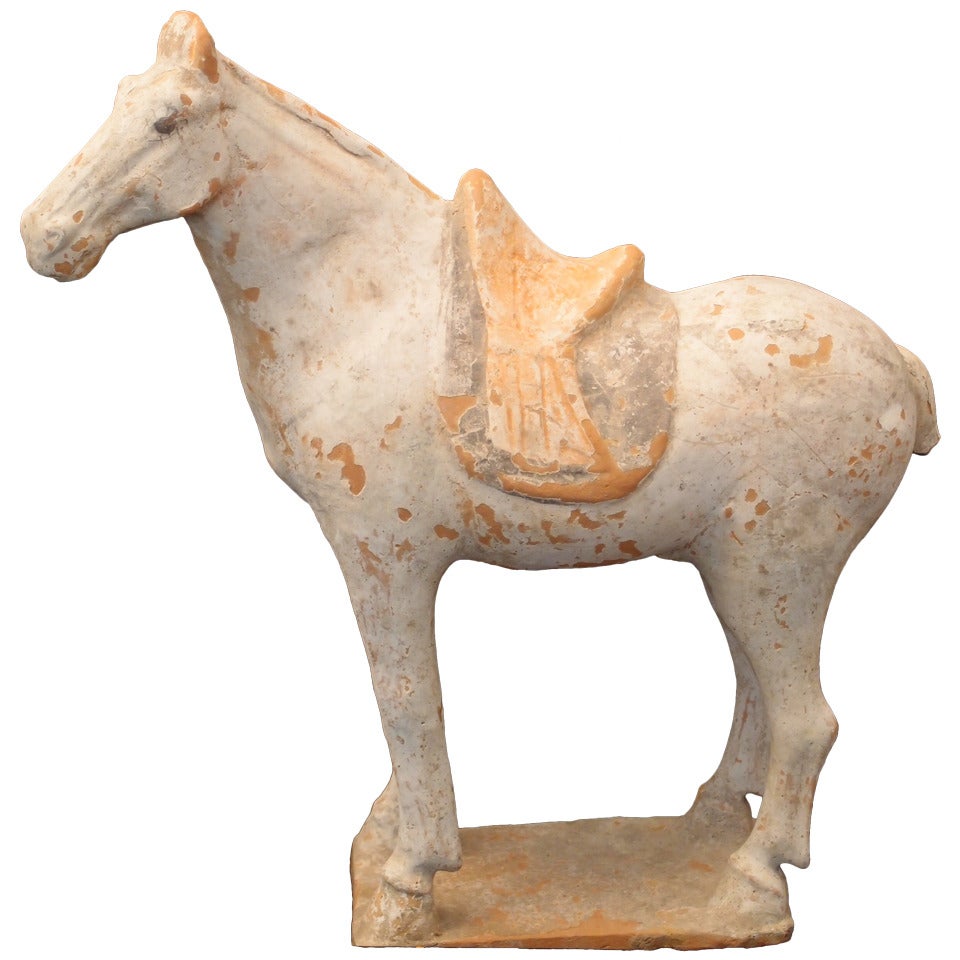 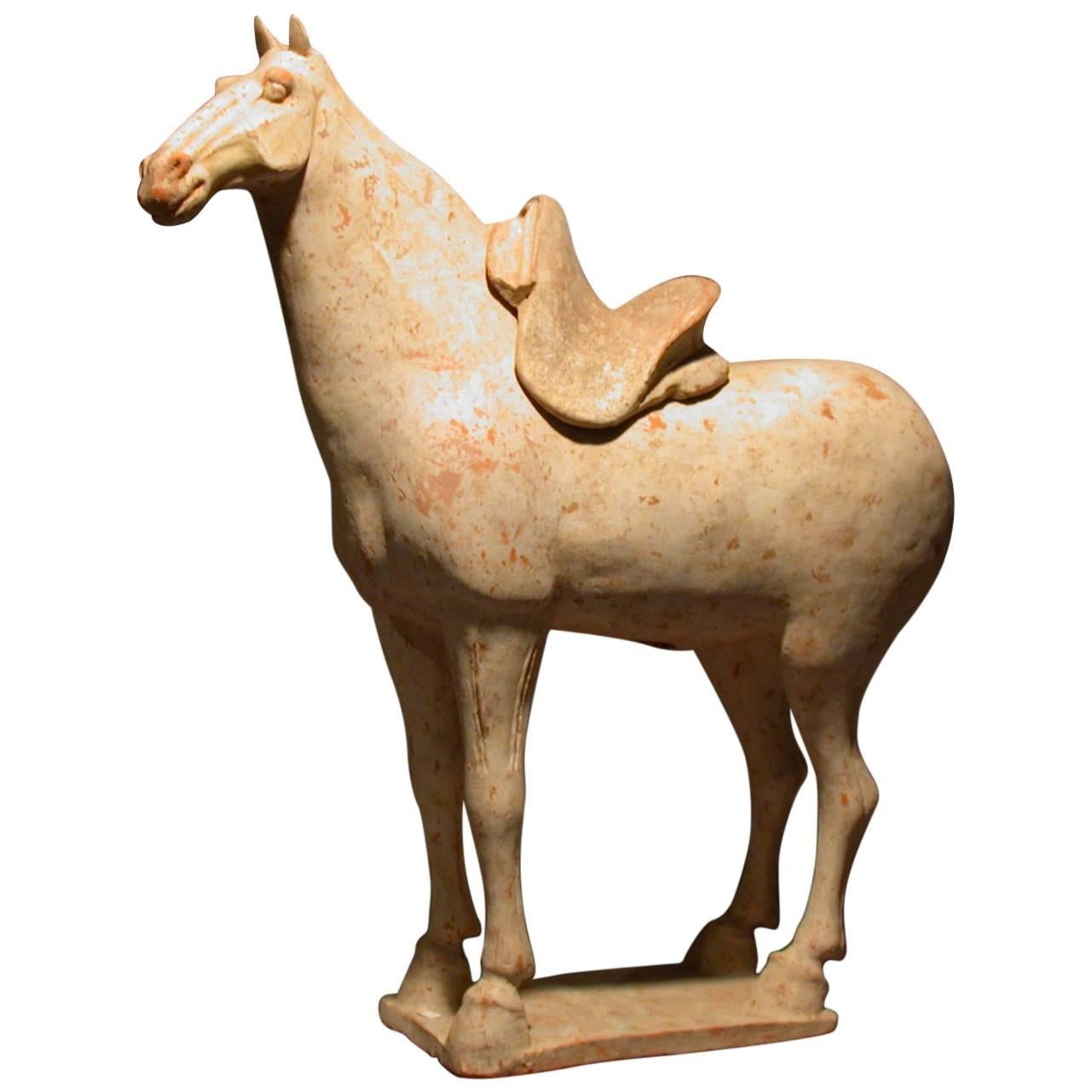 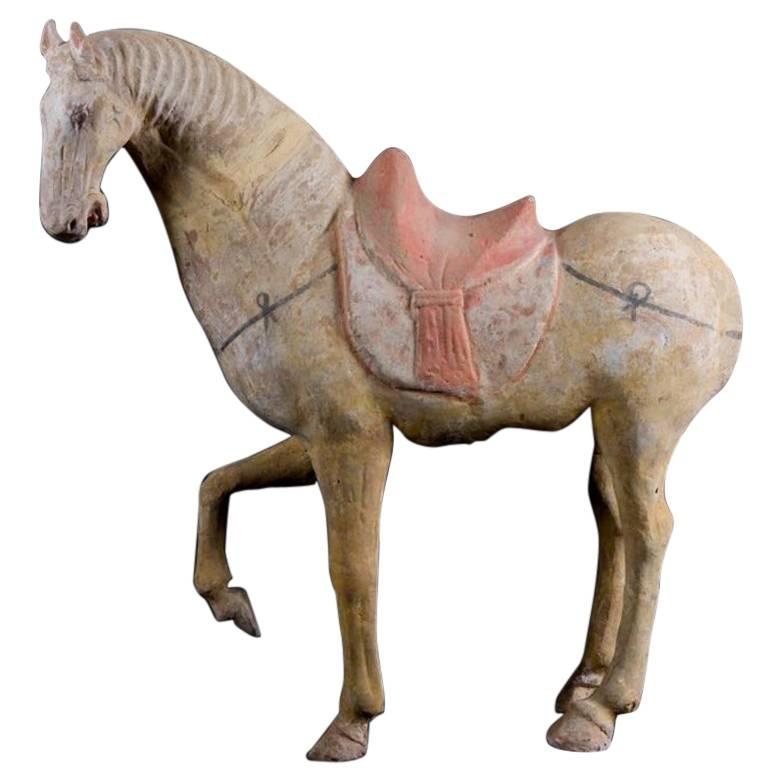 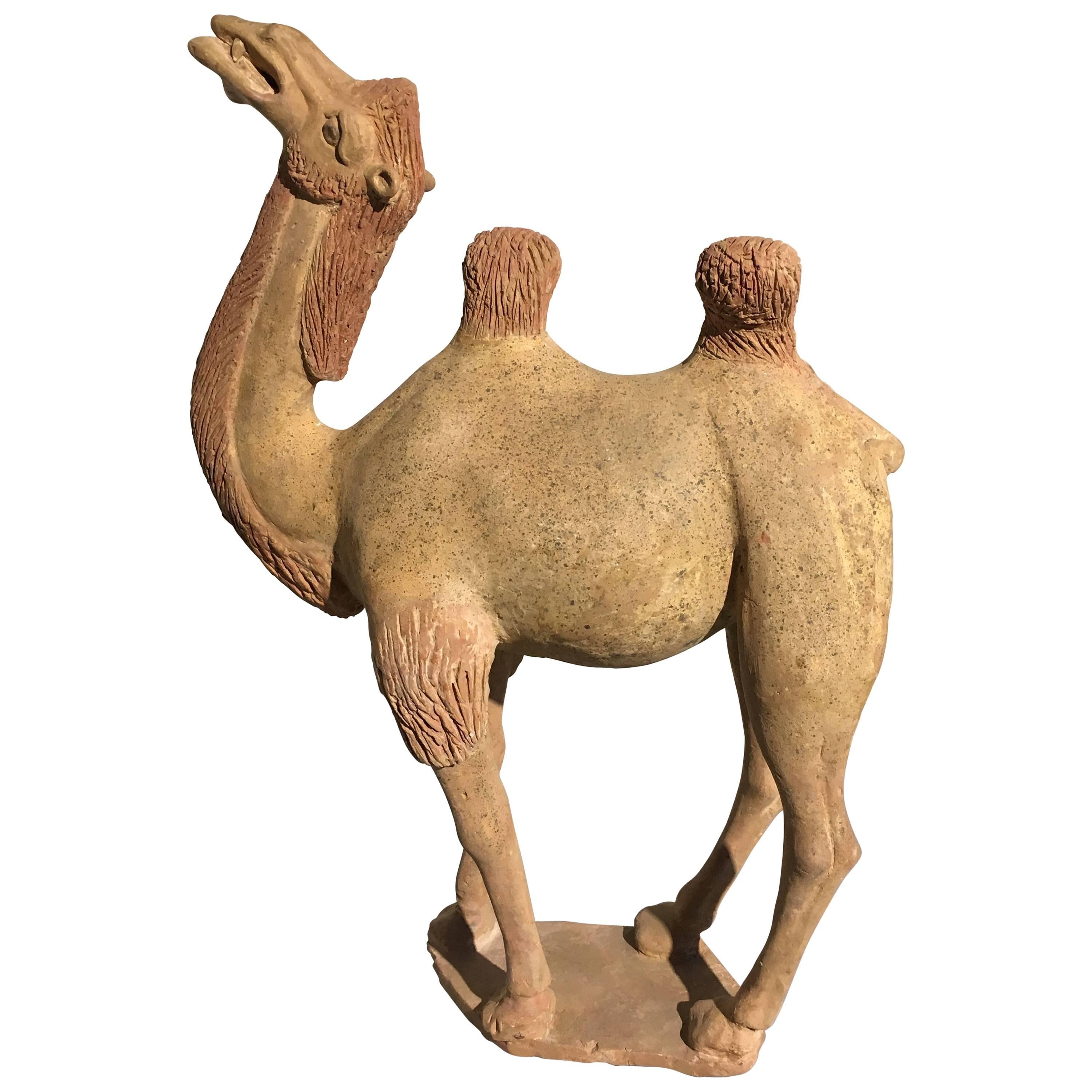 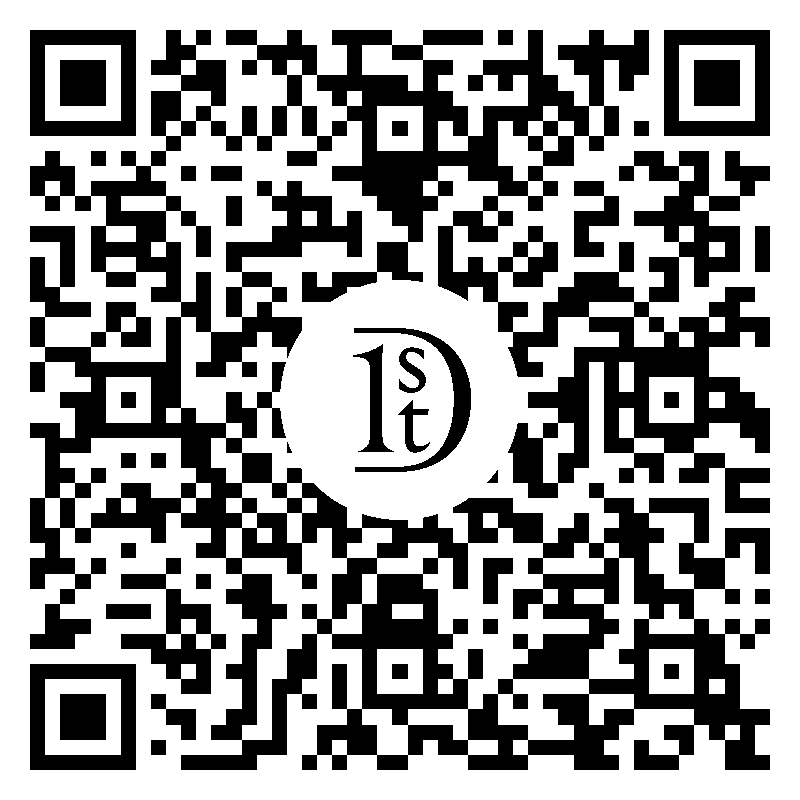 A magnificent and large early Tang dynasty (618-906 AD) model of a prancing or dancing horse, circa 7th century. The majestic animal is caught mid-motion, one leg raised, head gracefully turned, standing on a plinth. The body is elegantly proportioned, with beautiful musculature. The head is realistically molded, with an open mouth and flared nostrils, ears upright and alert. The entirety of the horse has been covered in a white slip, with the hooves pigmented orange. A channel in along its neck indicates this horse would originally have had a mane of real hair. Commonly called prancing horses because of their stance, with one leg raised, these horses may in fact represent the famed dancing horses of the Tang dynasty, which performed in troupes for the entertainment of nobles and the emperor.  TL (thermoluminescence) tested by Oxford Laboratories.

Diamond Seller
These expertly vetted sellers are 1stDibs' most experienced sellers and are rated highest by our customers.
Established in 2001
1stDibs seller since 2010
162 sales on 1stDibs
Typical response time: 2 hours
More From This Seller