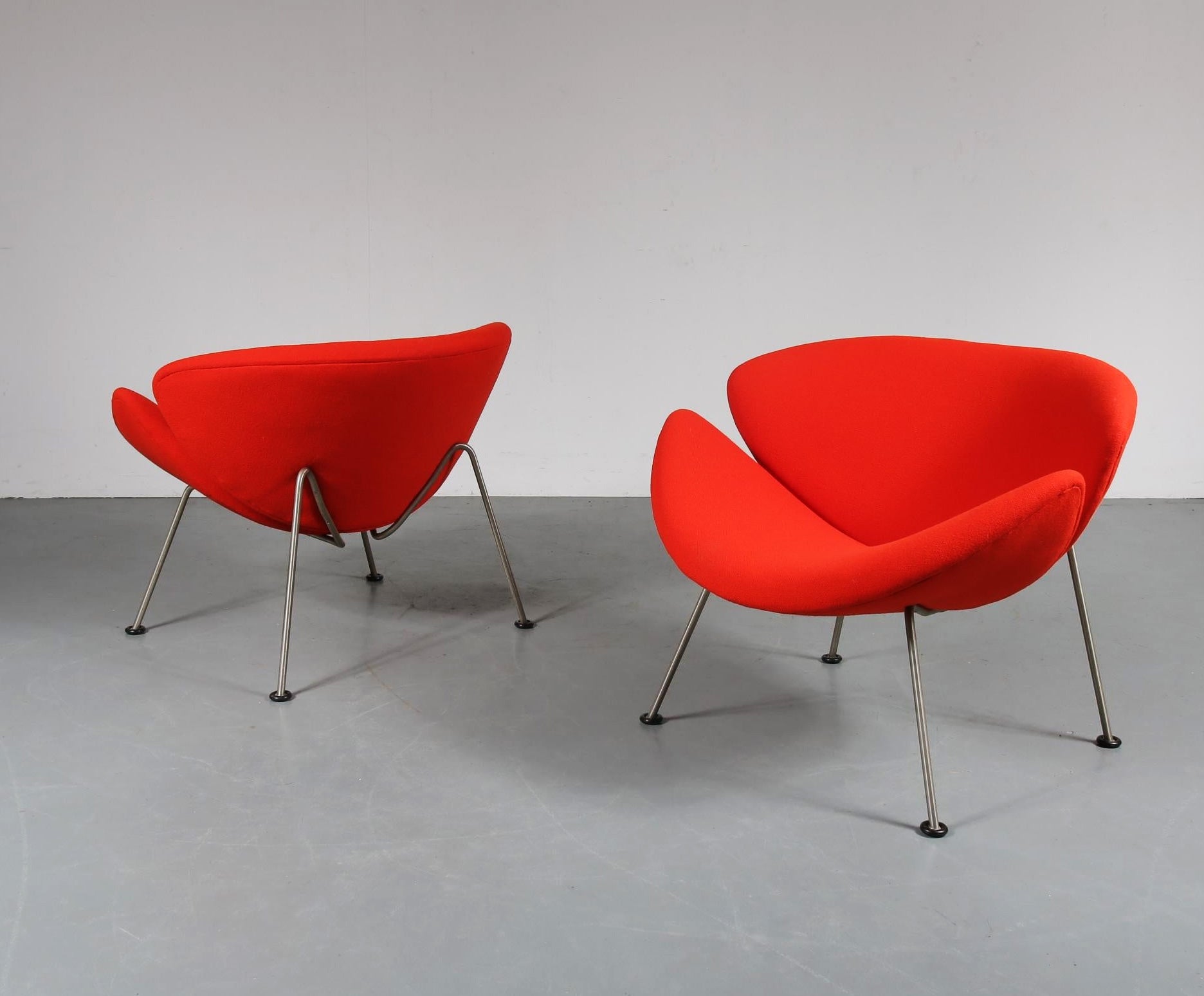 Designed in 1960, the playful Model F437, or, more commonly, the Orange Slice chair, was organic before it was trendy to be so. Its rounded, concave shells — which appear to be curling up or unfurling based on your perspective of the brightly colored piece — appropriately resemble its pulpy namesake. French designer Pierre Paulin (1927–2009) created this chair as part of his half-century-long association with Dutch manufacturer Artifort. It is emblematic of his creative roots in sculpture as a student at the École Camondo in Paris as well as the inspiration he found in prominent innovative designers like Charles and Ray Eames.

Paulin designed furniture for Thonet early in his career, but the forms that defined the better-known work he produced at Artifort, such as the Tongue chair and the Mushroom chair, were far more fluid and abstract. In the early 1950s, Paulin was working with bent plywood, and by the 1960s, he was exploring synthetics such as polyurethane foam and rubber. The charming and cheeky Orange Slice — which is comprised of identical curved shells of foam-covered pressed beech mounted on a chromed or powder-coated metal frame — was designed at the juncture between the purely functional modernism, the colorful and exuberant Space Age and the postmodernist era. Artifort continues to produce the chair, adding an accompanying ottoman and an expanded range of upholstery options, including leather and other structured fabrics by textile manufacturer Kvadrat, to the collection.

Filter Results
to
Item Location
7
3
10
5
4
1
1
Artifort Orange Slice Junior Chair by Pierre Paulin
By Pierre Paulin, Artifort
Located in New York, NY
If you’re a design-lover and your son or daughter likes to have their own chair with the “big people” then Artifort’s Junior Collection is for you. Like the junior version of the Ora...
Category 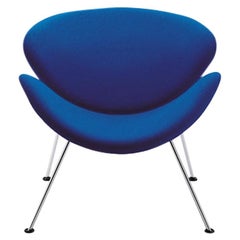 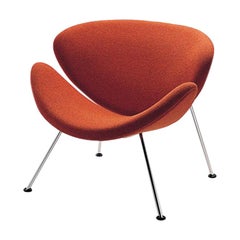 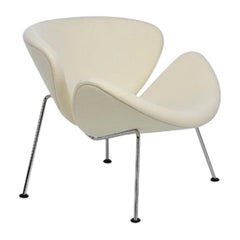 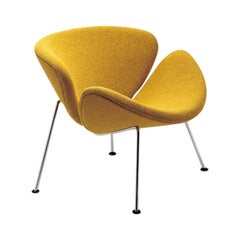 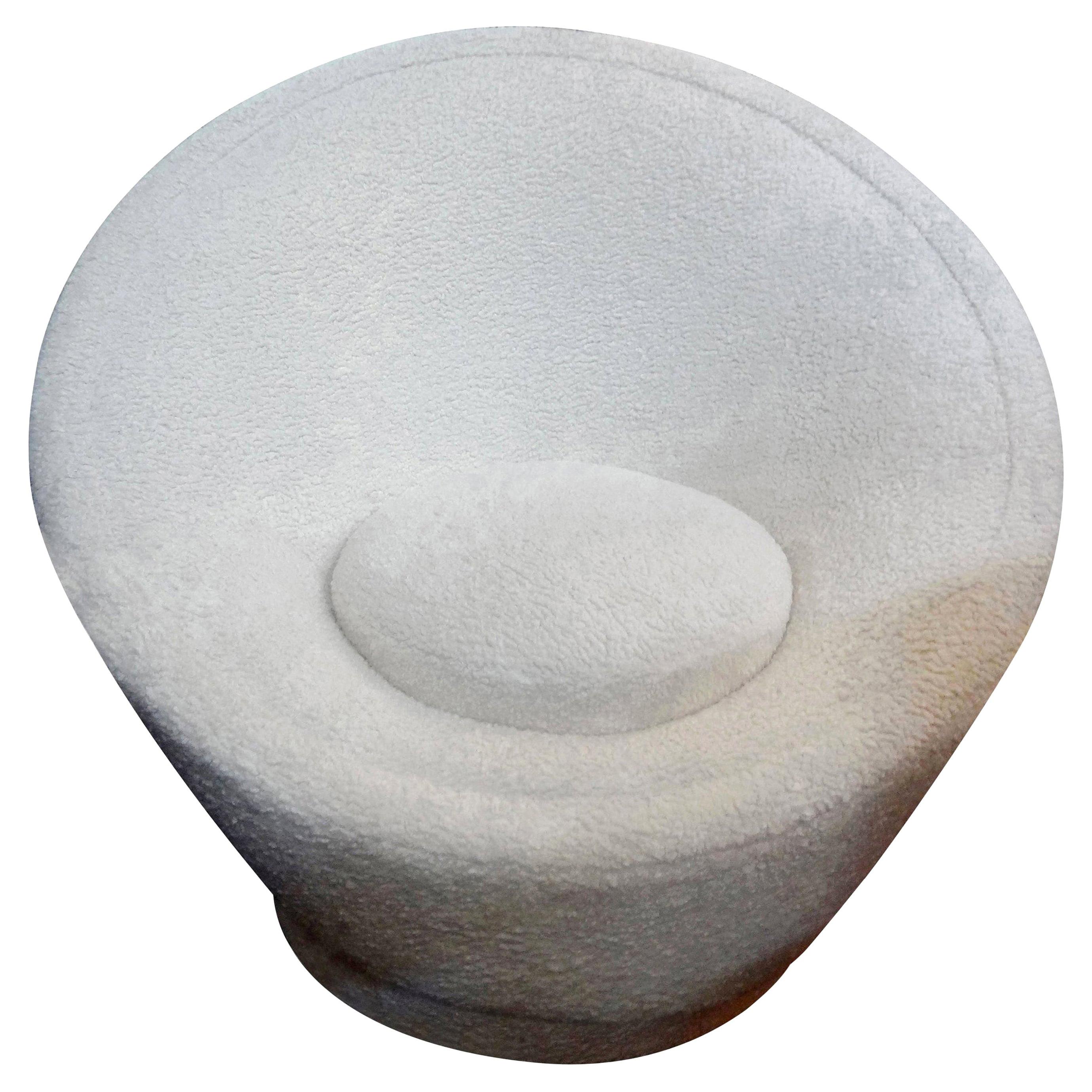 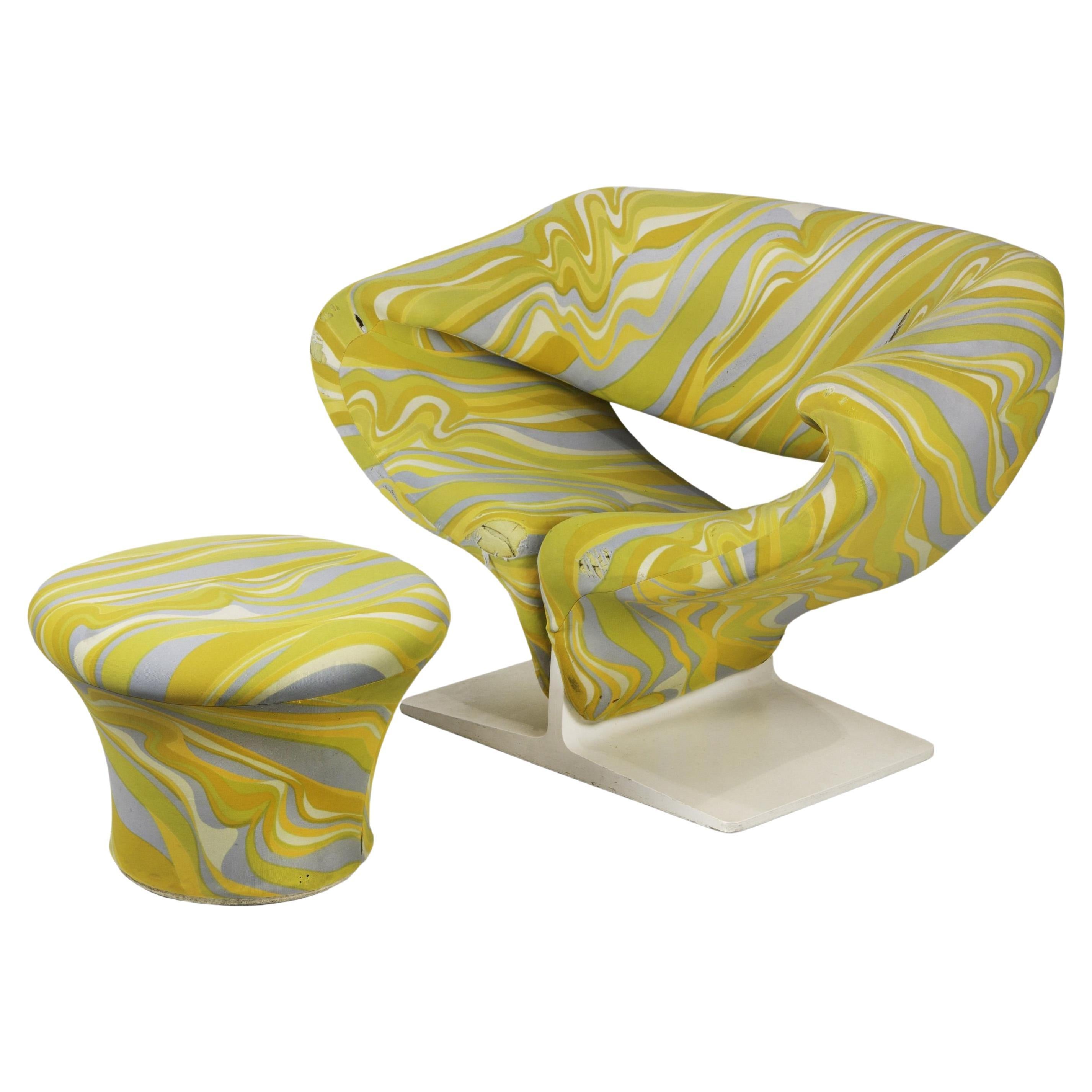 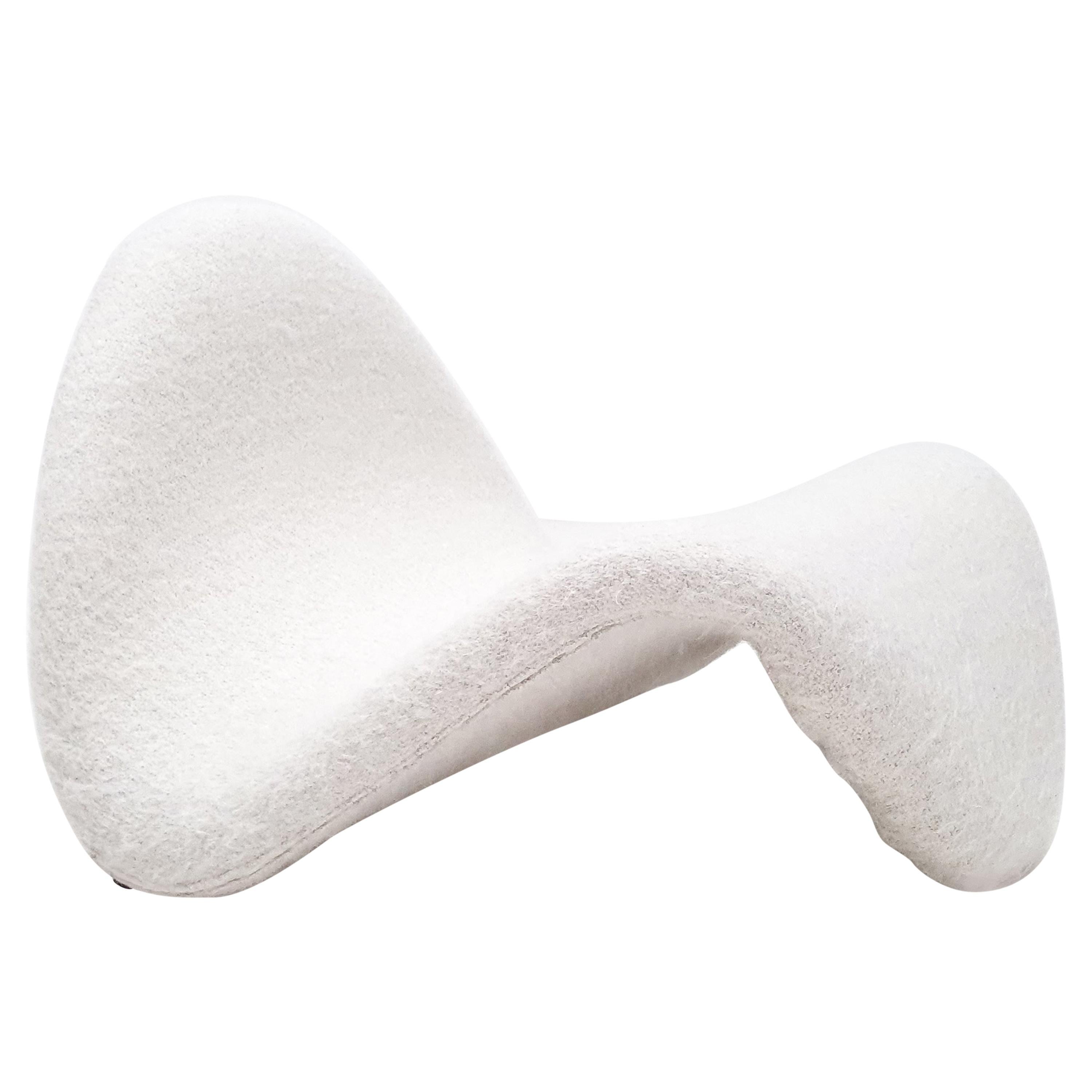