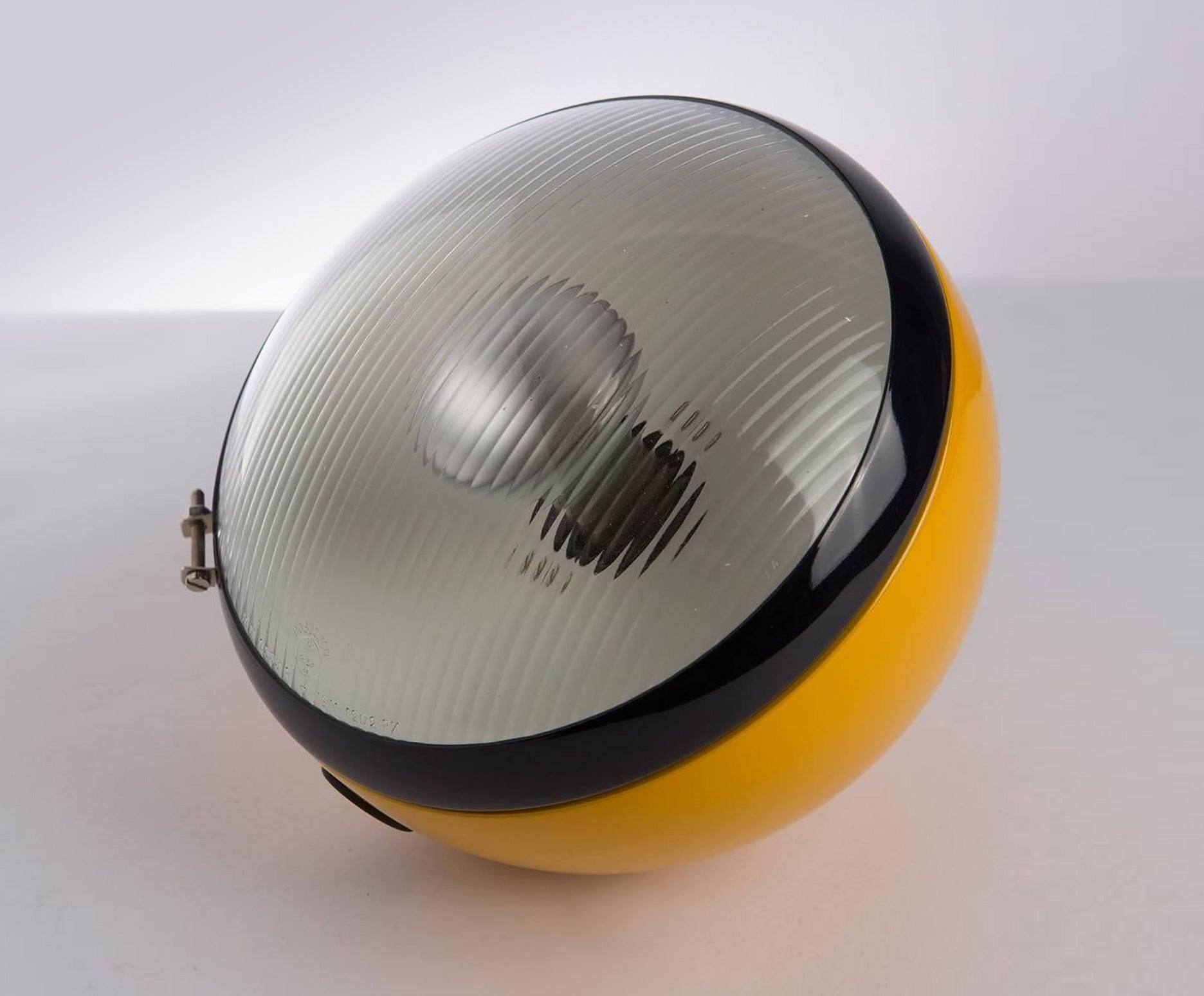 Made of lacquered aluminum, ribbed glass and brass, the curious Bowling table lamp will likely be familiar to enthusiasts of experimental postwar Italian lighting design as well as auto aficionados: Its shape is modeled after the headlight on the Fiat 666 truck. Italian architects and longtime collaborators Cesare Leonardi and Franca Stagi (b. 1935; 1937–2008) initially conceived the lamp as a ready-made piece, propping up an actual Fiat headlight for use as a table lamp.

Leonardi and Stagi opened a joint design practice in 1963 while they were students at Florence University of the Arts and the Polytechnic University of Milan, respectively. They completed architecture and landscape projects and produced an array of furniture pieces — often in boundary-pushing shapes, such as the sculptural Ribbon chair for Bernini and minimal Ritto floor lamp for Lumenform — but they were better known for something much different than furniture design: Their seminal 1982 botanical book The Architecture of Trees. The volume features 550 quill drawings of tree species, each drawn to a scale of 1:100 and heavily annotated. It’s a far cry from an inspired lighting fixture built around a found automotive part, but the work exemplifies Leonardi and Stagi’s obsessive attention to detail.

In 1968, Leonardi and Stagi adapted the original version of the Bowling table lamp into a more producible piece for Lumenform. (Its update included bowling-ball-style holes for portability.) In a nod to the light’s found-object origins, though, the Bowling lamp eschews additional functional elements: Instead of a proper traditional base, the light rests on its coiled cord, which is held in place by rubber stops.