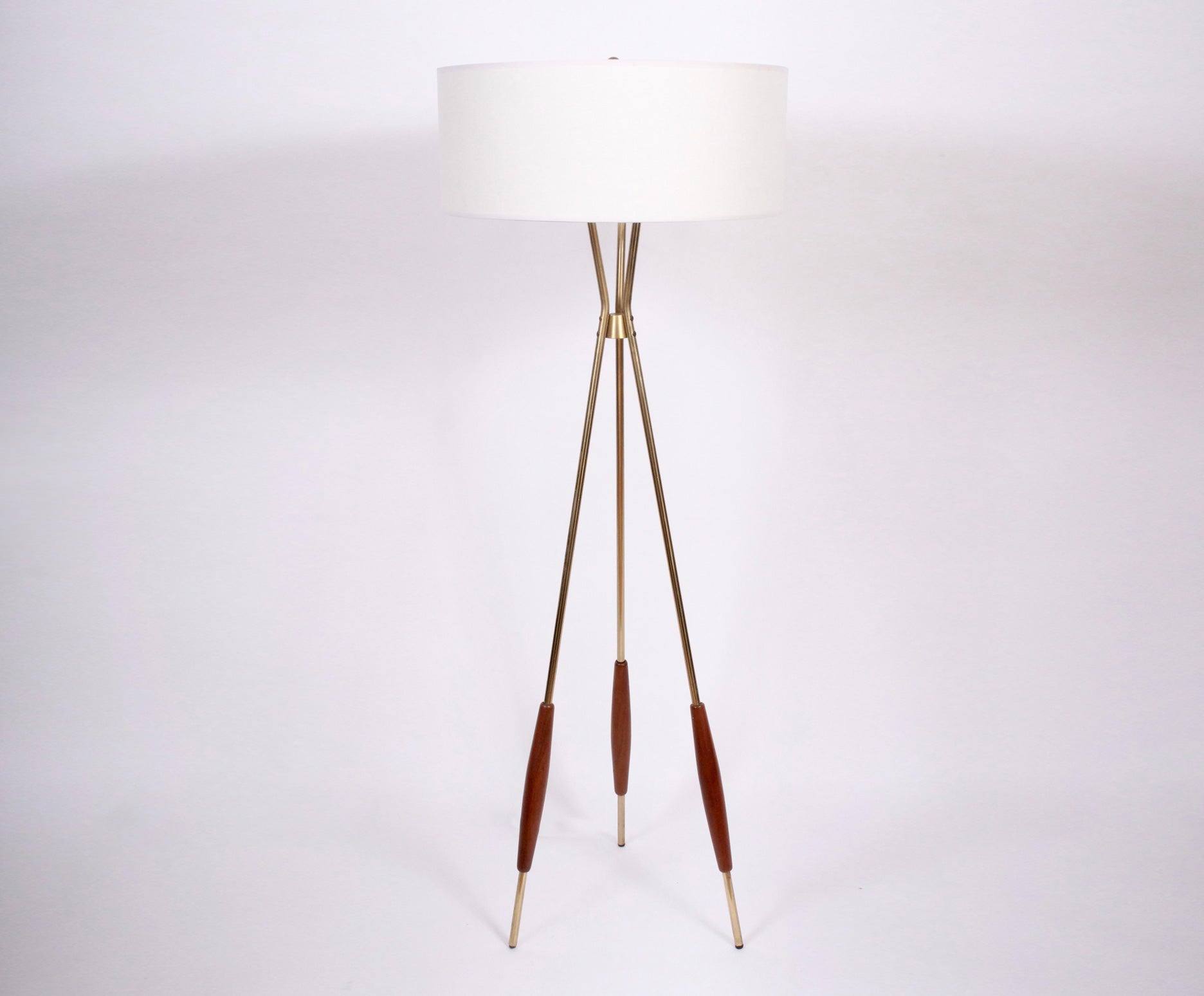 Because industrial designer Gerald E. Thurston (1914–2005) sketched his designs on sheets of craft paper, rumor has it that manufacturer Lightolier took out an insurance policy on his right hand. Little has been written about Thurston’s work, which was critical to Lightolier’s success, but aficionados of mid-century modern American furniture have long celebrated Thurston’s streamlined light fixtures. For those in the know, the highly sought-after brass and wood Tripod floor lamp exemplifies the kind of sleek and sophisticated products associated with the designer.

Prior to joining Lightolier, Thurston did contract work for Zenith Radio Corporation in the 1930s and then created lighting and decorative pieces for the New Metal Craft Company, both in Chicago, where he’d graduated from the School of the Art Institute. Lightolier, which operated in New York and New Jersey under the name New York Gas and Appliance Co. until electricity had become the company’s main focus, hired Thurston as an in-house designer around 1950. He worked at the manufacturer for approximately three decades.

Thurston’s fixtures met all interior lighting needs. His lamps were sculptural and contemporary, and they had wide appeal — MoMA’s “Good Design” exhibition of 1950, for example, featured a floor lamp of Thurston’s alongside work by Paul McCobb, Greta Magnusson-Grossman and more. The lamps’ integration of innovative diffusers, directional capability by way of pivoting mechanisms and more, reflects a venturesome spirit on the part of the designer, who found inspiration in the modernist lighting design experiments being conducted overseas.

In postwar Italy, companies like Arredoluce and their bold offerings, such as the Eye floor lamp by Angelo Lelii, were revolutionizing lighting with creative designs and an unparalleled focus on craftsmanship. Lightolier’s partnership with the Gino Sarfatti–founded Arteluce is said to have influenced Thurston’s work, and likely his Tripod floor lamp, which is no longer in production. Introduced by Lightolier in the 1960s, Thurston’s sleek fixture, featuring three sockets for bulbs and an enameled aluminum diffuser, sees its set of three lean polished brass stems set off by tapered walnut dowels toward the legs’ bottom. The classic pairing of solid wood details and metal make for an elegant fit in any corner of the home — that is, of course, if you can track one down. 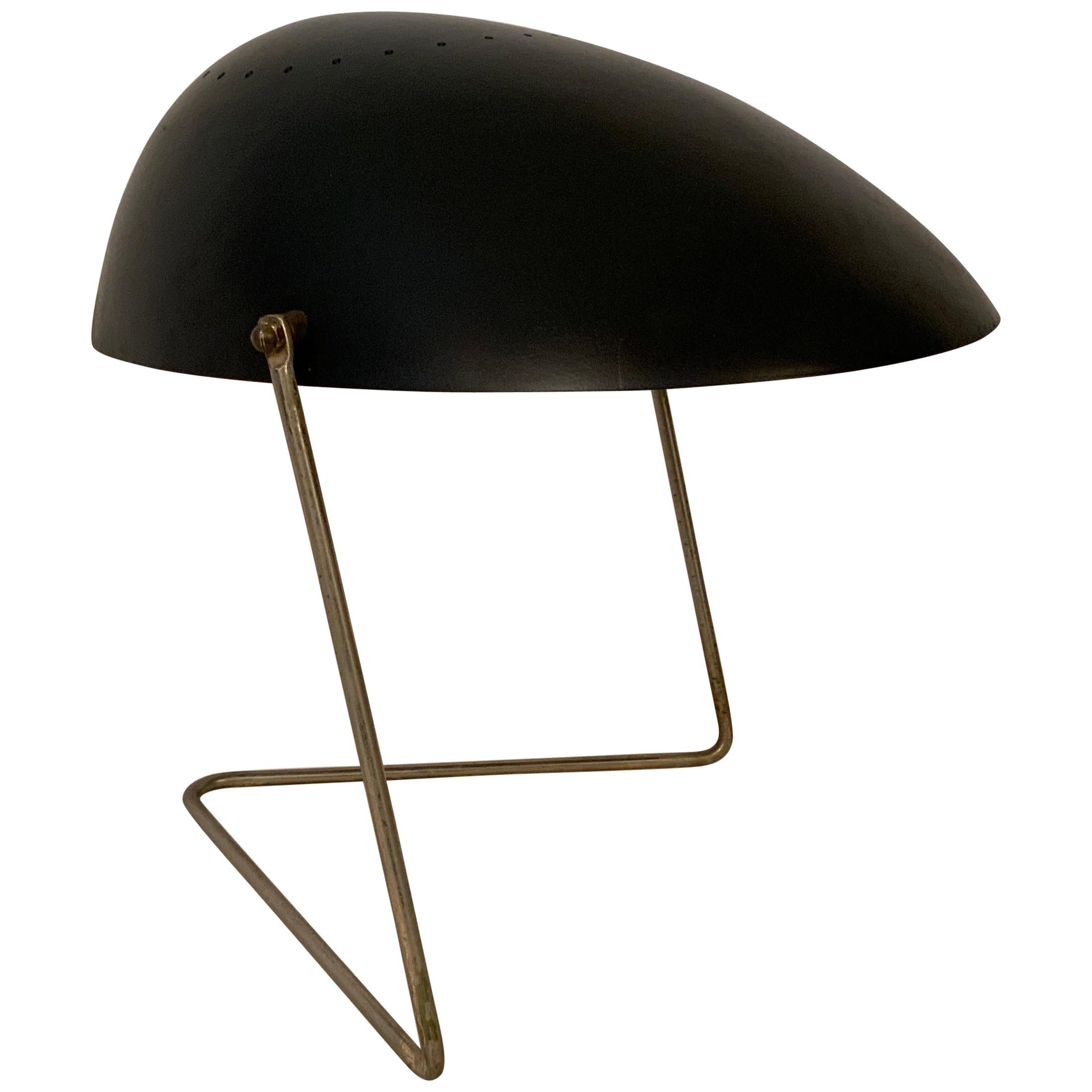 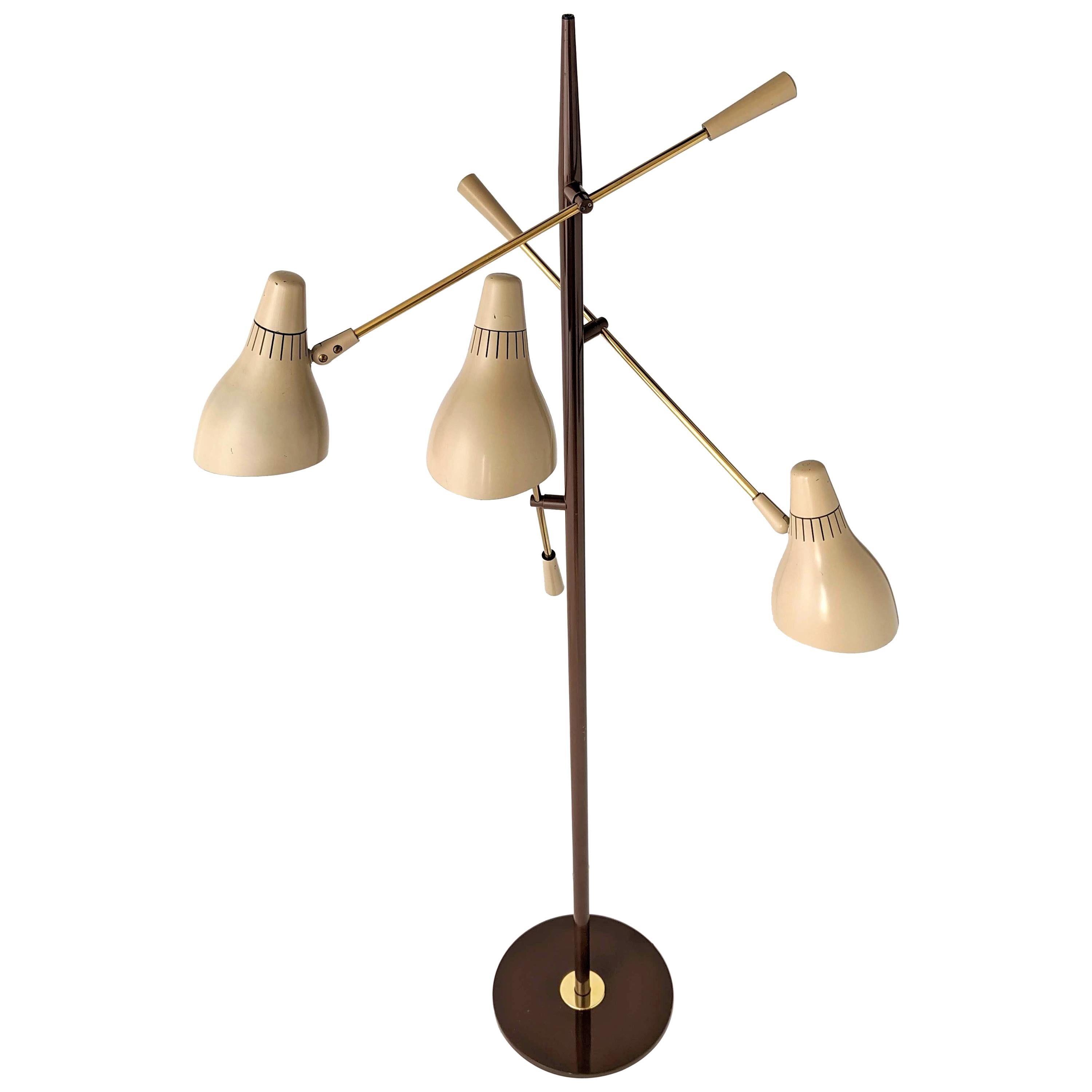