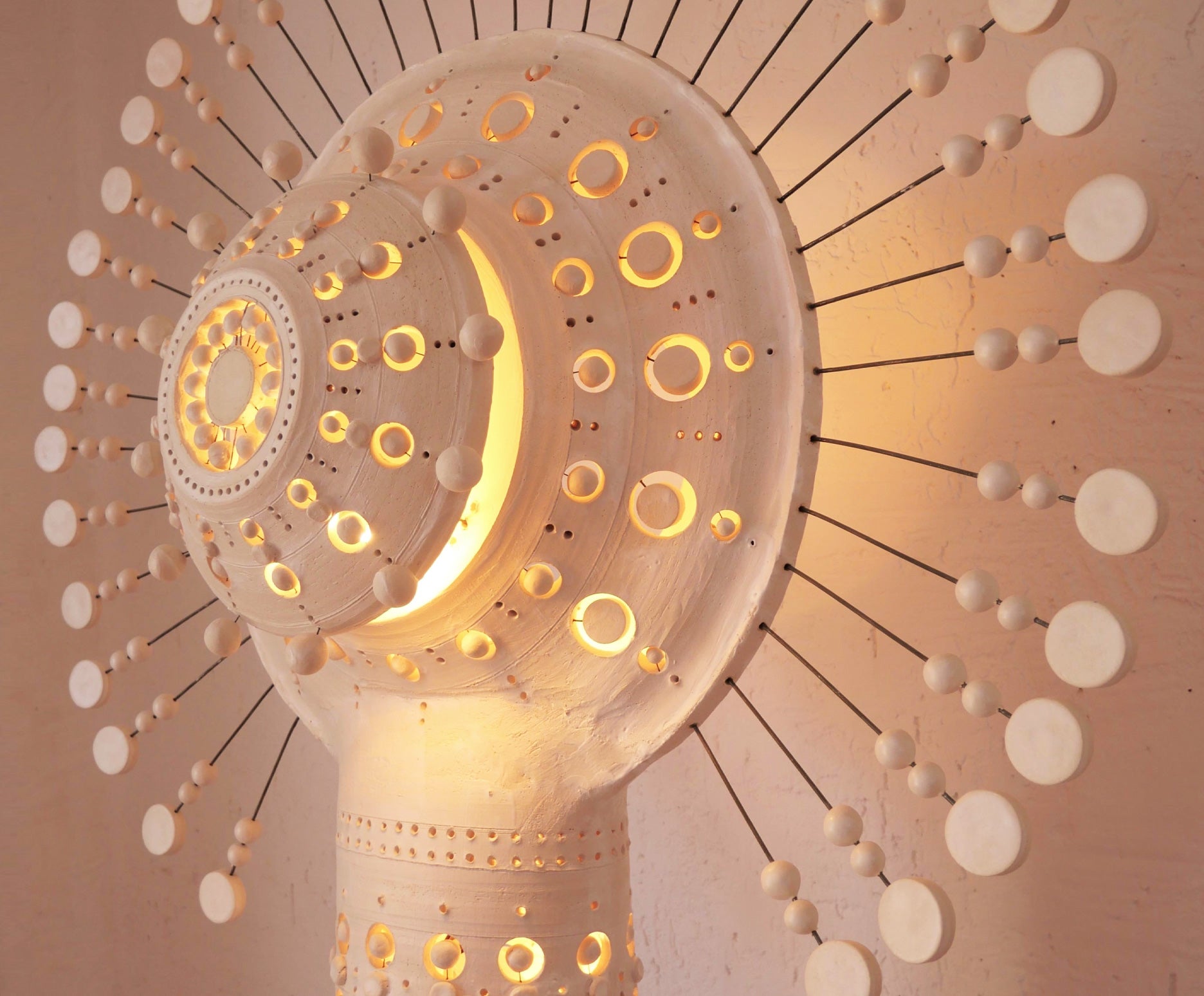 Fans of Accolay, the distinctive pottery style created by apprentices of ceramicist Alexandre Kostanda in central France, will notice a certain familiarity in some of the lighting of Georges Pelletier (b. 1938), the Totem floor lamp included. Pelletier, born in Brussels, earned his formal education at the École Nationale Supérieure d’Arts et Métiers in Paris (now called Arts et Métiers ParisTech), but before that, he began his training in ceramics at the Pioulier School in Vence, France, where he became fascinated with the pottery of Accolay.


This would be only the beginning of Pelletier’s creative education, though — artist Fernand Léger and ceramist Raphaël Giarrusso were also among Pelletier’s early instructors. By 1961, he had set up his own studio in Paris, where he translated these various influences into a style that incorporates elements of geometric symbolism and complex ceramic technique.


The Totem floor lamp was produced around the same time as Pelletier’s Owl table lamp, in the early 1970s, just as the artist moved to Cannes, where he continues to live and work. With its tall column shape and intricate detail, the Totem channels the spiritual object of the Ojibwe tribe for which it is named. The Totem is unglazed, which gives it a rough-hewn look and celebrates the natural materiality of the clay from which it is made. This, coupled with the display of carvings and repetitive nature of the stacked drums that make up its height, gives it the appearance of a repeated artistic study.


When lit, its carvings are illuminated from behind, suggesting celestial objects, and Pelletier’s Totem floor lamp casts enticing shadows on the floor and walls around it. 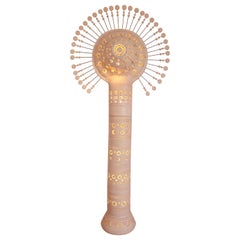 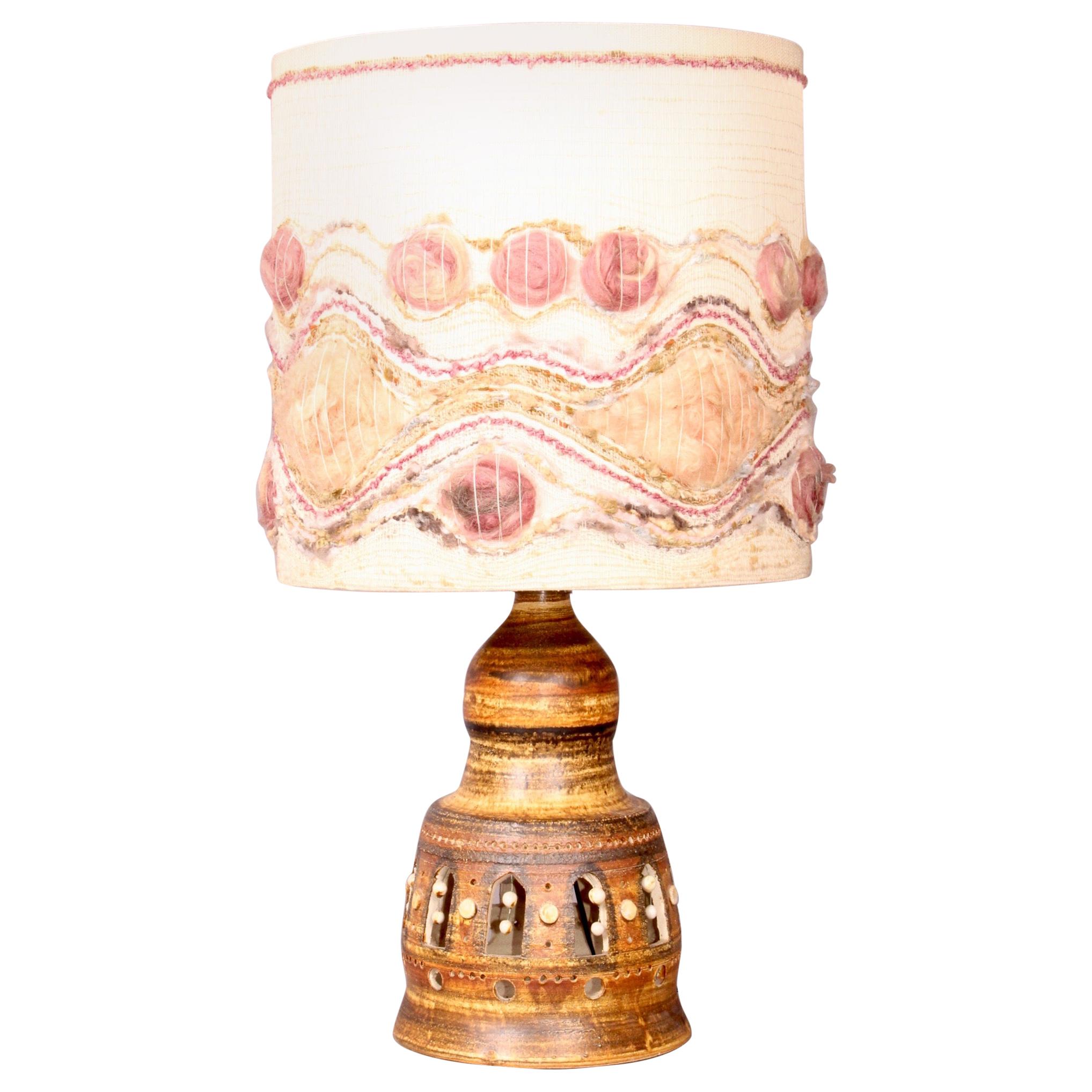