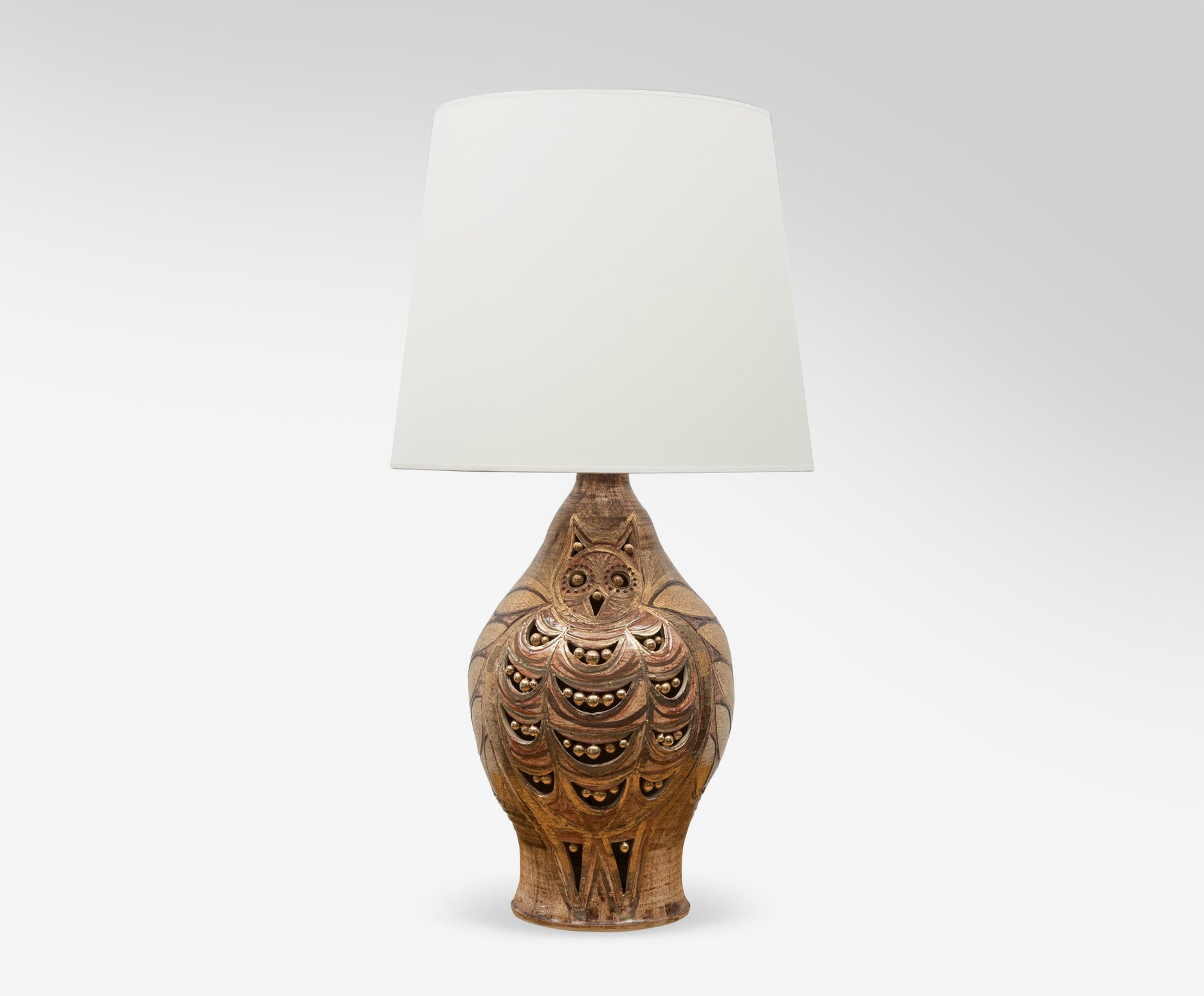 In the Owl table lamp and throughout his remarkably consistent oeuvre, ceramics artist Georges Pelletier (b. 1938) creates an elaborate dialogue between ceramics and light. Born in Brussels, Pelletier dedicated himself to his medium early on, having enrolled in ceramics training in Vence, France, when he wasn’t yet a teenager. He moved to Paris when he was 15 and went on to study at the École Nationale Supérieure d’Arts et Métiers (today known as Arts et Métiers ParisTech). For several years Pelletier worked alongside a collective of ceramicists who set up a workshop in the village of Accolay, Burgundy. The stoneware aesthetic that was characteristic of that group had a lasting influence on Pelletier, and it was also probably there that he began experimenting with cutouts.

In 1961, Pelletier opened his first independent studio in Paris and began selling his work at the Saint-Ouen flea market, where a designer from Roche Bobois recognized his talent. He went on to design light fixtures for the brand for more than a decade. Pelletier moved his studio in the early 1970s to Cannes, where he continues to work today.

A relatively early example of Pelletier’s decorative objects, the Owl table lamp (circa 1970) is more representational and perhaps less complex than much of the artist’s later work, which veers further into the territory of sculpture. The Owl, however, is emblematic of all the techniques that can be described as the Pelletier signature. An abstract owl is delineated on the bottle-shaped lamp through a combination of etched lines and perforations. Some of the incisions are partially filled with spheres, each one made by hand and only slightly different than the next. The light source, which is positioned at the bottom of the hollow base, illuminates the interior and emanates a diffuse light when the Owl table lamp is turned on, casting complex shadows through the various openings. The light, in a sense, completes the piece, transforming the atmosphere of the room while highlighting all of the piece’s many exquisite handmade details.