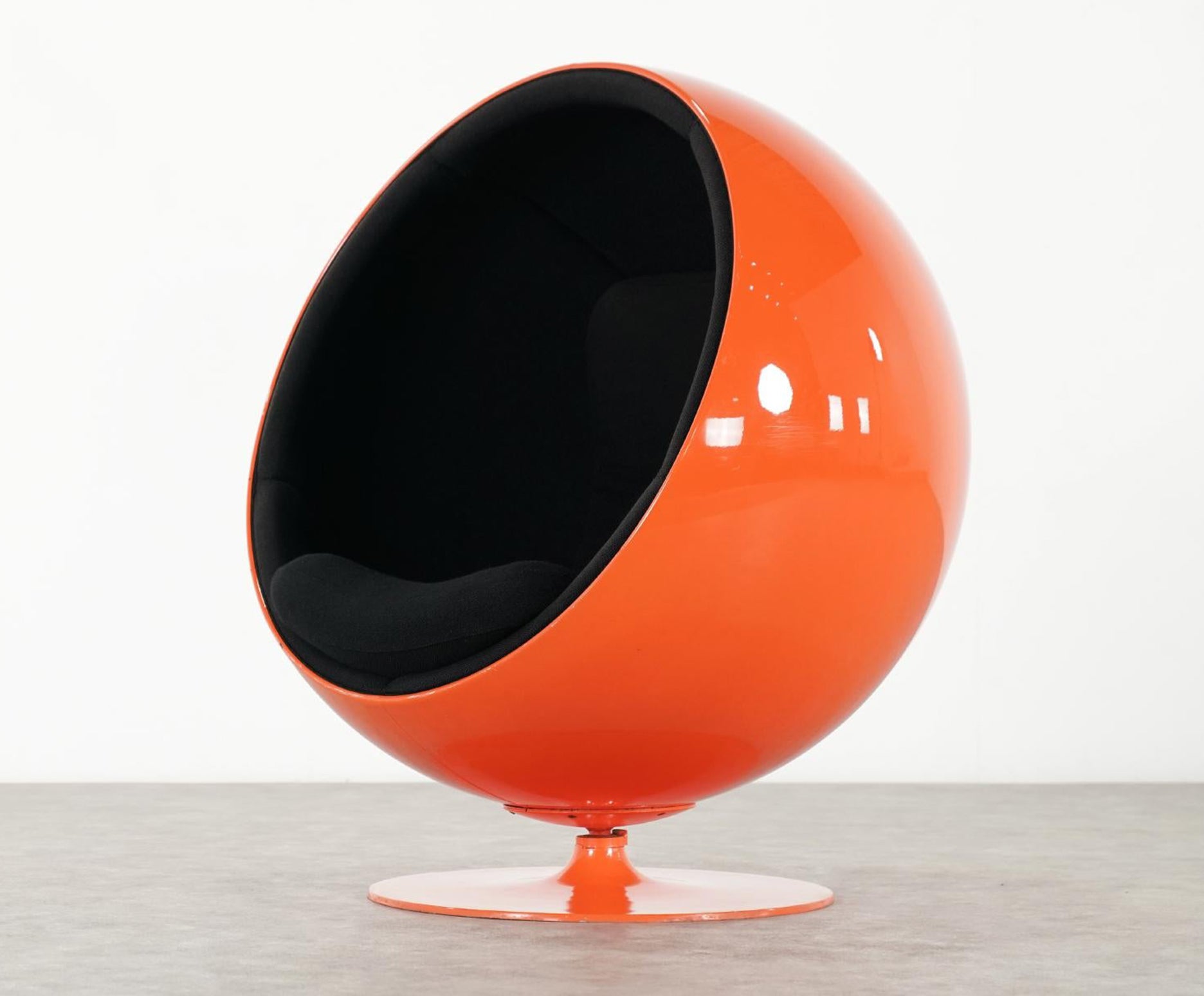 When the unapologetically sculptural Ball chair (or Globe chair) debuted at the 1966 International Furniture Fair in Cologne, buyers from 30 countries placed orders for their homes. Celebrities like Sammy Davis Jr. and Grace Kelly were among the early purchasers, as were royal figures like the shah of Iran. A German news broadcast featured the futuristic Ball chair — an inviting molded-fiberglass orb, hollowed out to house a foam-filled fabric seat, affixed to a disk-shaped aluminum base — while a New York Times reporter’s witty dispatch from the fair suggested that the seating on display was “designed more for laughs than for comfort.”

Laughable or not, the distinctive chair brought its creator, Finnish interior designer and furniture maker Eero Aarnio (b. 1932), instant commercial success, even as it rattled the modern design world. A precursor to his aesthetically similar Bubble chair, it resulted in Aarnio being forever associated with 1960s Pop art and space fever. And indeed, the brightly colored piece’s sleek pod-like shape seems tailored for sci-fi epics. Nevertheless, Aarnio has stated, “I had no intention to create either ‘pop’ or ‘space-age’ design — as many people label my work. . . . My intention was purely functional, to create the most practical form for this new material.”

After drafting a modest sketch of the Ball chair in 1963, Aarnio was uncertain about sharing the idea with furniture companies. By then, he had his own firm in Helsinki and numerous prizes from design competitions. But he was pivoting from the natural materials traditionally associated with Scandinavian furniture, working instead like Verner Panton, with synthetics and exploring playful but utilitarian forms.

Aarnio feared that big furniture firms wouldn’t embrace the otherworldly Ball chair concept, so he spent several weekends in an old elementary school’s woodshop, hand-building the first prototype from plywood and water-soaked newspaper. A subsequent version, made from fiberglass and upholstered with gray fabric that Aarnio painted red, was far sturdier, and Asko, where he was freelancing at the time, began manufacturing the design. Today, Eero Aarnio Originals makes the Ball chair, and it’s featured in movies, magazines and museums all over the planet, even as it appears to have arrived from another solar system.

Filter Results
to
Item Ships From
6
7
7
5
3
1
Iconic Eero Aarnio Black and White Swivel Ball Lounge Chair
By Eero Aarnio
Located in New York, NY
An iconic and expressive swiveling ball lounge chair. The ball chair was designed in 1963 and debuted at the Cologne Furniture Fair in 1966. The chair is one of the most famous and b...
Category 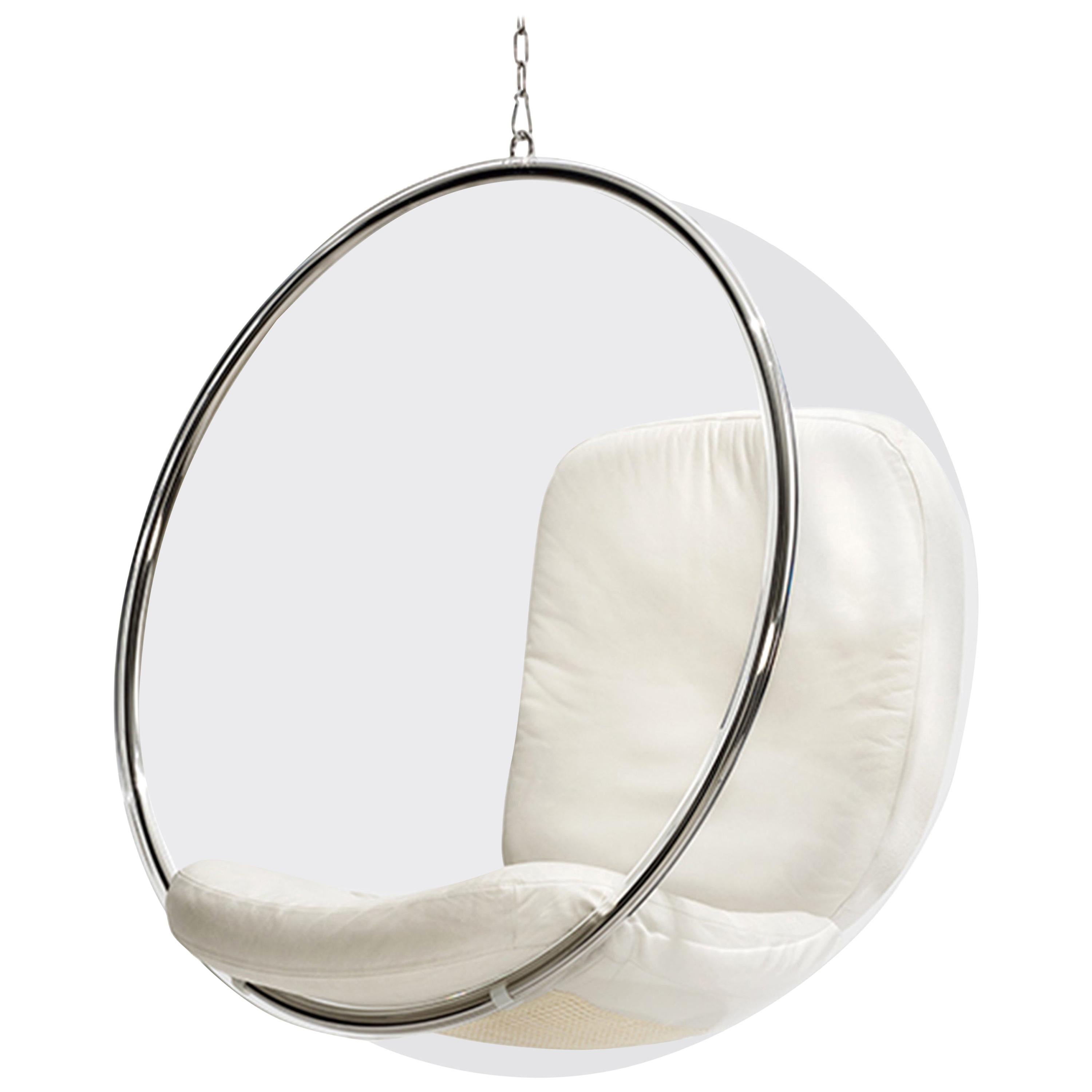 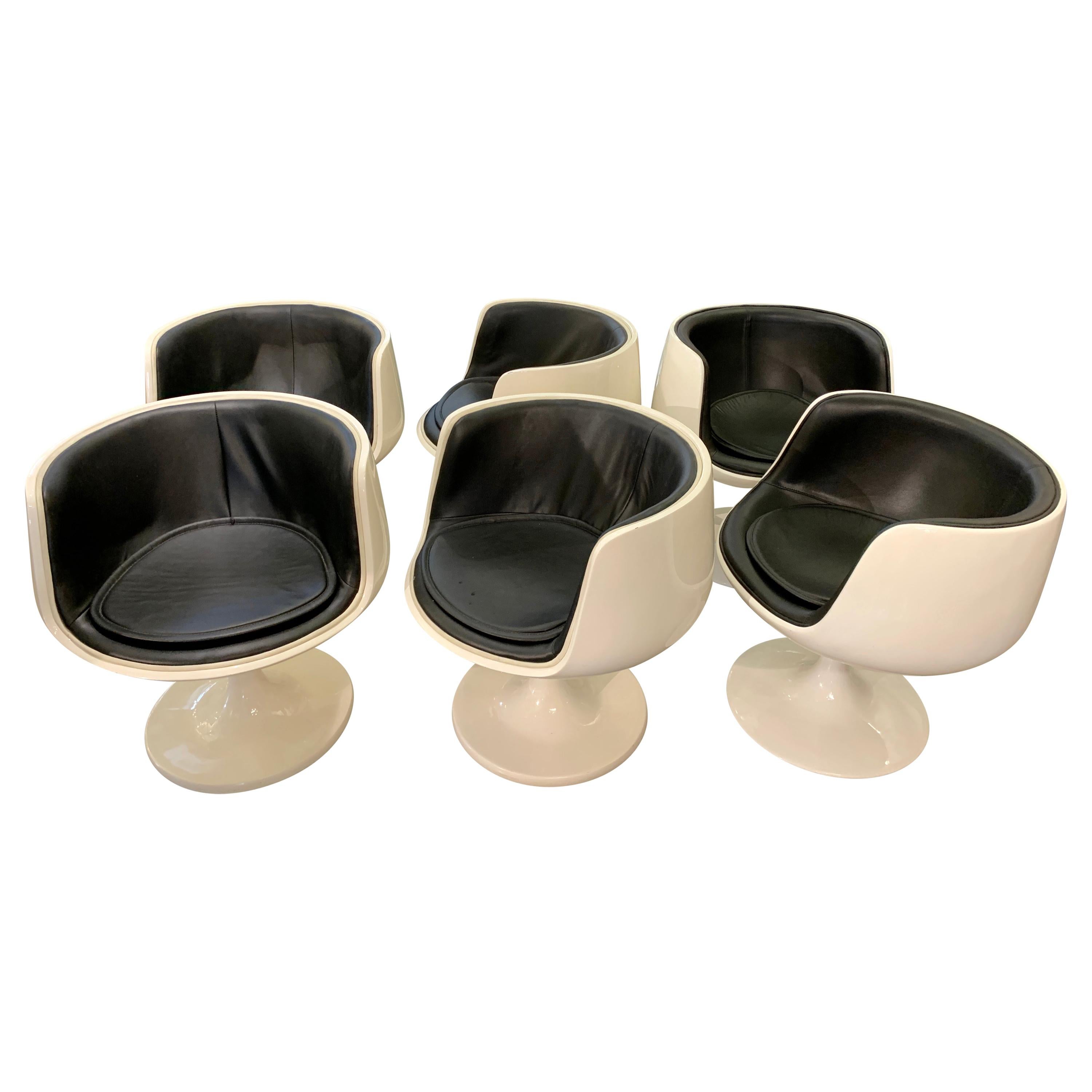 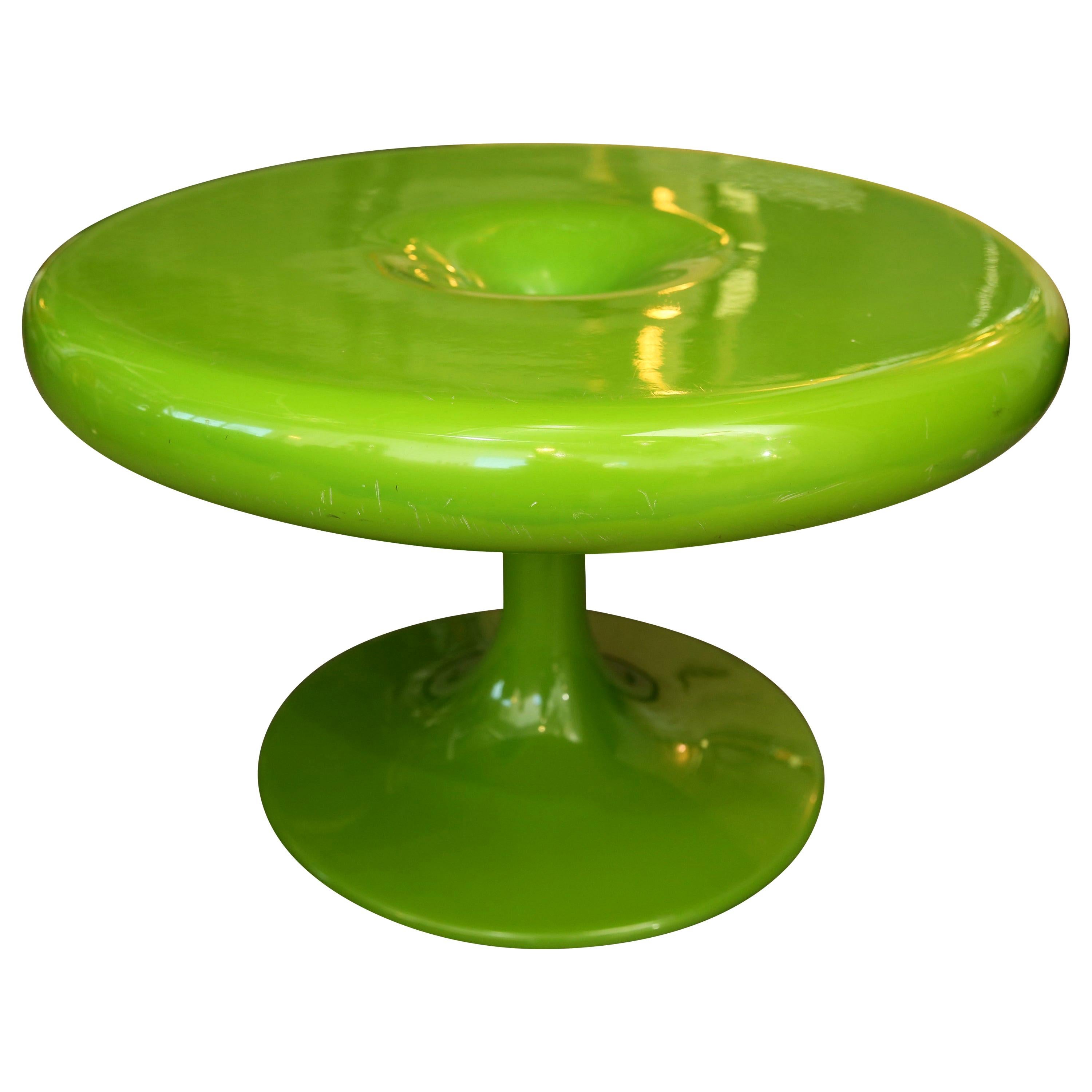 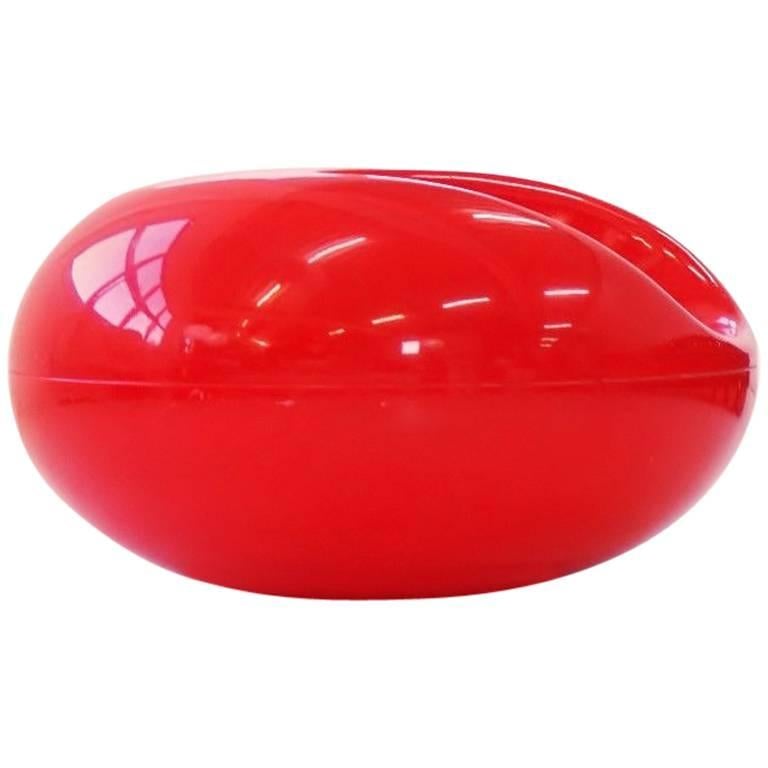