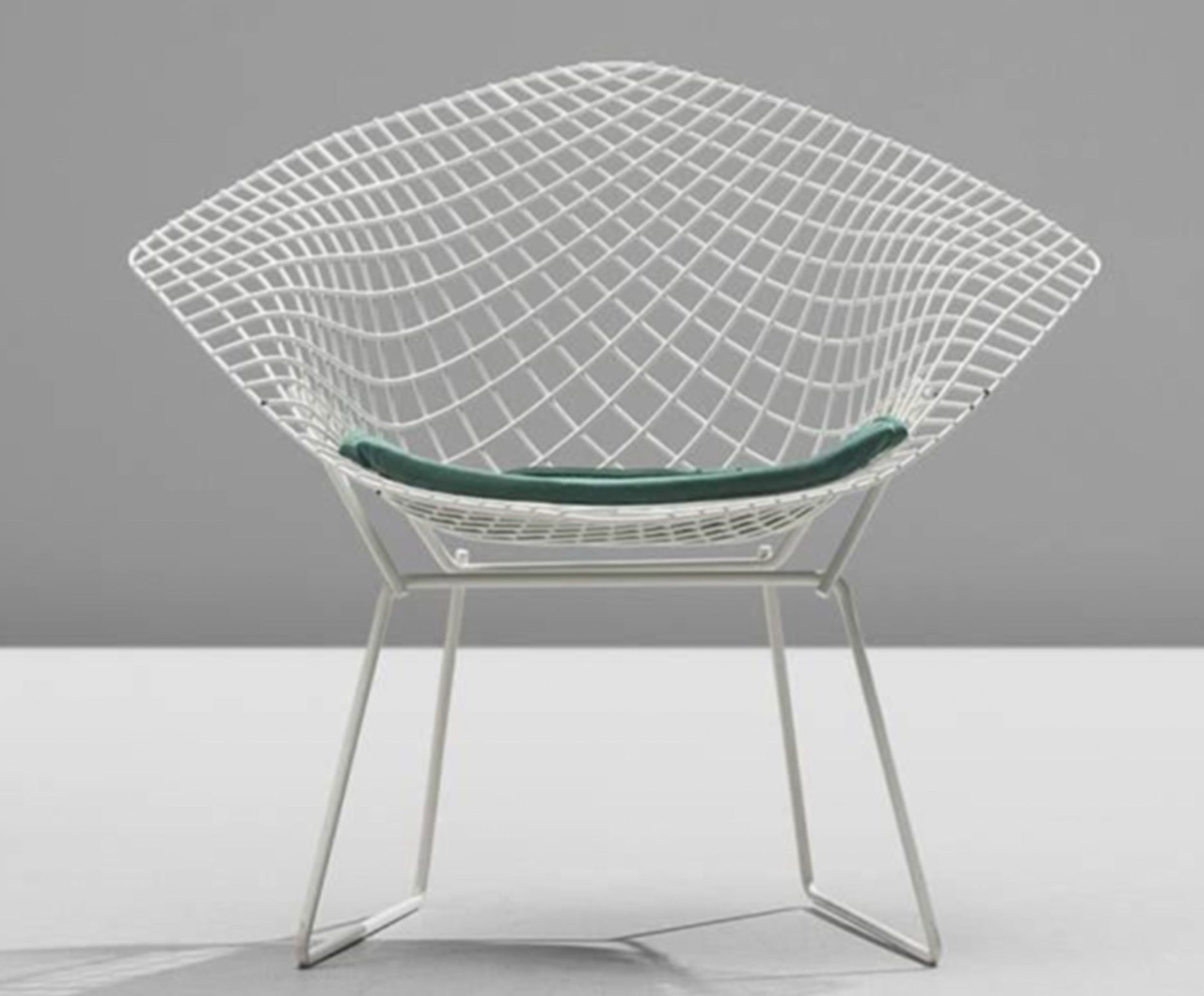 To fully understand the design of Harry Bertoia’s (1915–78) 1952 Diamond chair — an austere and photogenic work of woven steel wire, the intricately sculptural wings of which create the illusion of sitting on air — it helps to go back to his college days: In 1937, the Italian-born artist and designer, who emigrated to Detroit at age 15, earned a scholarship to Cranbrook Academy of Art, the illustrious Michigan design school that attracted such luminaries as Florence Knoll, Eero Saarinen and Charles and Ray Eames. Bertoia was deeply influenced by the Eameses, especially by the sculptural quality that was so prominent in the furniture they made. In the 1940s, he left Cranbrook to work for the couple, developing the molded plywood furniture that would become a trademark of their designs.

Bertoia learned to weld while employed by the Eameses, but left their workshop in anger over the lack of credit he received for the important contributions he made there — a dispute that would come to play an important role in the Diamond chair’s development. He eventually took a job at an electronics lab, where he analyzed human mobility for the purpose of designing electronics with easy-to-reach knobs and consoles.

When his former Cranbrook classmate Florence Knoll tapped Bertoia to make furniture for the Pennsylvania company she had recently founded with her husband, Hans, the designer was swayed with the promise of full credit for designs he produced. Armed with a newly minted background in ergonomics as well as the knowledge he gathered from experimentation with the Eameses, Bertoia capably applied what he’d learned over the years at Knoll, where he utilized thin wires of welded metal to produce pieces that appeared to be floating in the wind — yet remained surprisingly comfortable and supportive. The Diamond chair, a widely revered component of the innovative metal furniture line that Bertoia designed at the company, has been in continuous production at Knoll since 1952 and is available in four finishes today. 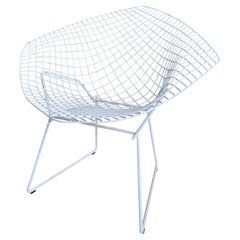 Harry Bertoia Diamond Chair and Ottoman for Knoll, circa 1950's
By Harry Bertoia, Knoll
Located in Haddonfield, NJ
Large diamond chrome chair designed by Harry Bertoia for Knoll in 1952. The chair and ottoman have the original red fabric cover. Harry Bertoia’s wire chairs are among the most rec...
Category

Harry Bertoia Diamond Chair and Ottoman for Knoll, circa 1950's

Diamond Chairs by Harry Bertoia for Knoll, 1970s
By Harry Bertoia
Located in Lasne, BE
Pair of armchairs in metal and fabric. wear due to time and age of the armchairs. Measures: Seat height: 40cm.
Category

Pair of Diamond Chairs by Harry Bertoia for Knoll

Diamond Chairs by Harry Bertoia for Knoll, 1980s
By Harry Bertoia
Located in Lasne, BE
Pair of armchairs in chromed metal and red fabric. Wear due to time and age of the armchairs.
Category

Pair of Large Diamond Chairs by Harry Bertoia for Knoll

Chromed and Red Harry Bertoia Large Diamond Chair and Ottoman for Knoll
By Harry Bertoia, Knoll
Located in Naples, IT
The diamond chair is an astounding study in space, form and function by one of the master sculptors of the last century. Like Saarinen and Mies, Bertoia found sublime grace in an Ind...
Category

Harry Bertoia Wide Diamond Chair with Black Seat and Chrome Base for Knoll
By Harry Bertoia, Knoll
Located in Miami, FL
Original wide diamond chair with authentic seat cover from the 1960s designed by Harry Bertoia for Knoll. The upper seat has been professionally powder-coated in satin black and the ...
Category

Pair of Early Bertoia Wide Diamond Chairs
By Harry Bertoia, Knoll
Located in East Hampton, NY
The wide diamond is the largest of the Bertoia seating group and like the bird chair, has shock mounts between the seat and the base which offers an additional measure of comfort. Th...
Category

1 Knoll Bertoia Early Version Diamond Lounge Chair
By Harry Bertoia
Located in Pasadena, TX
Harry Bertoia Italian artist and furniture designer, Harry Bertoia`s career began in the 1930s as a student at the Cranbrook Academy of Art where he re-established the metal-worki...
Category 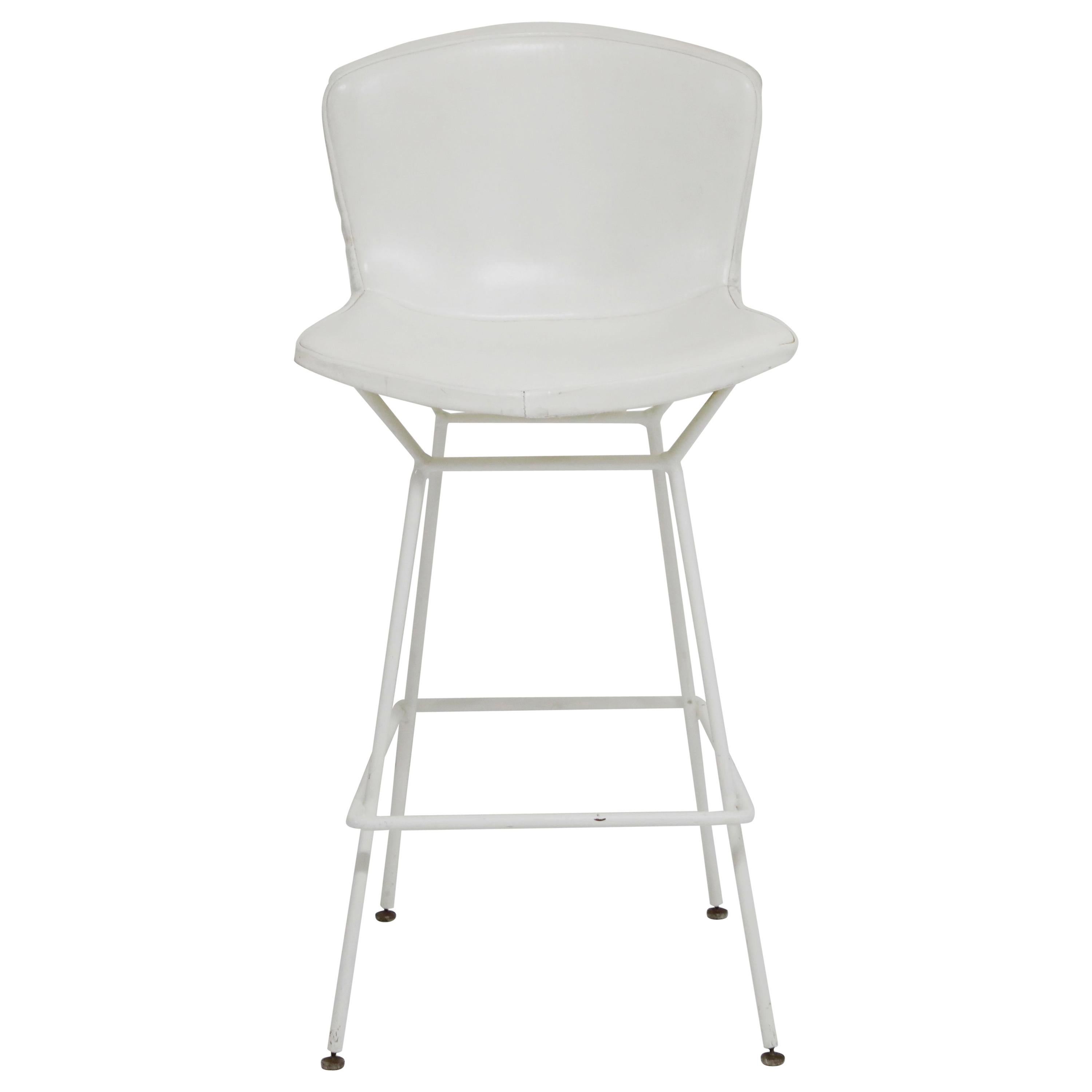 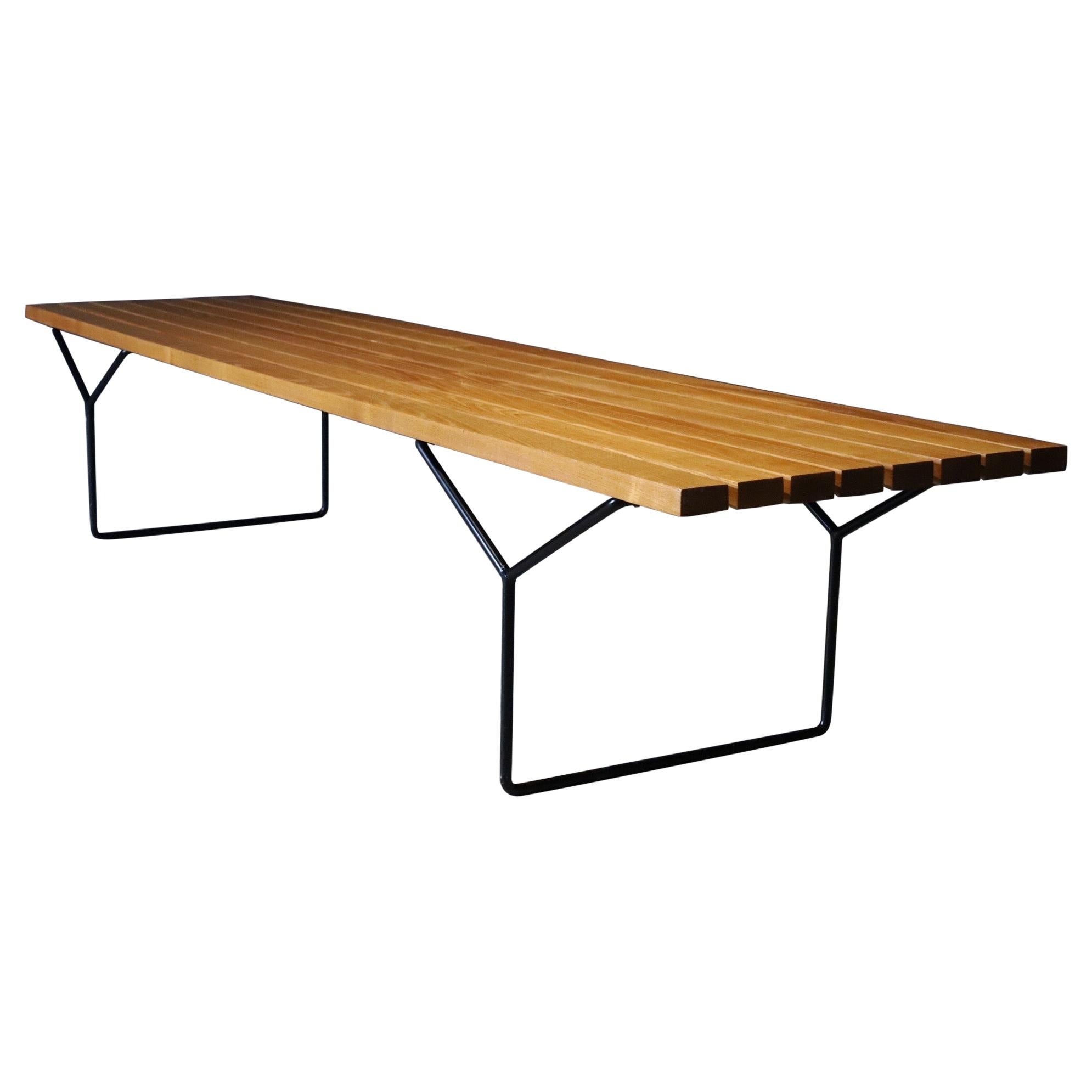 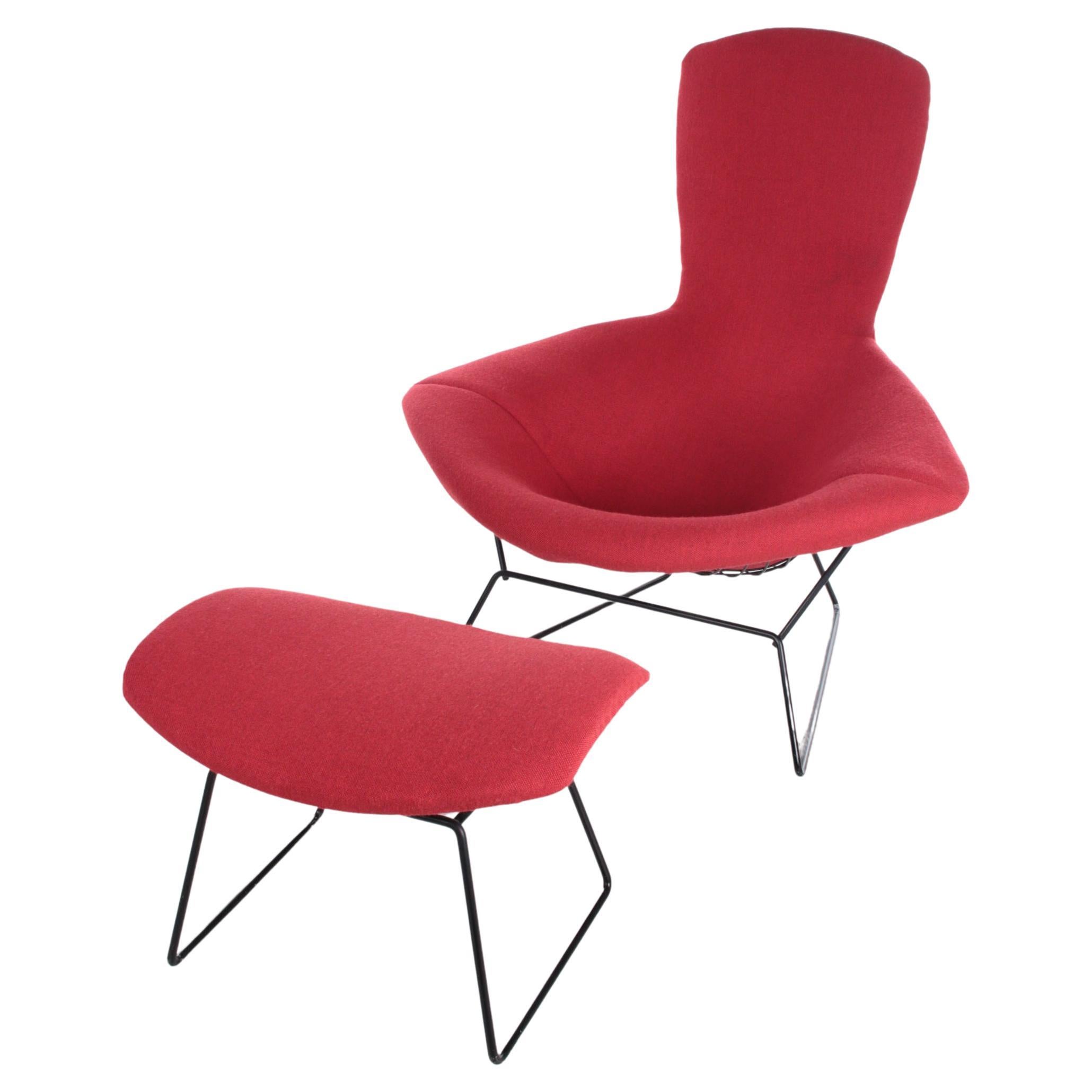 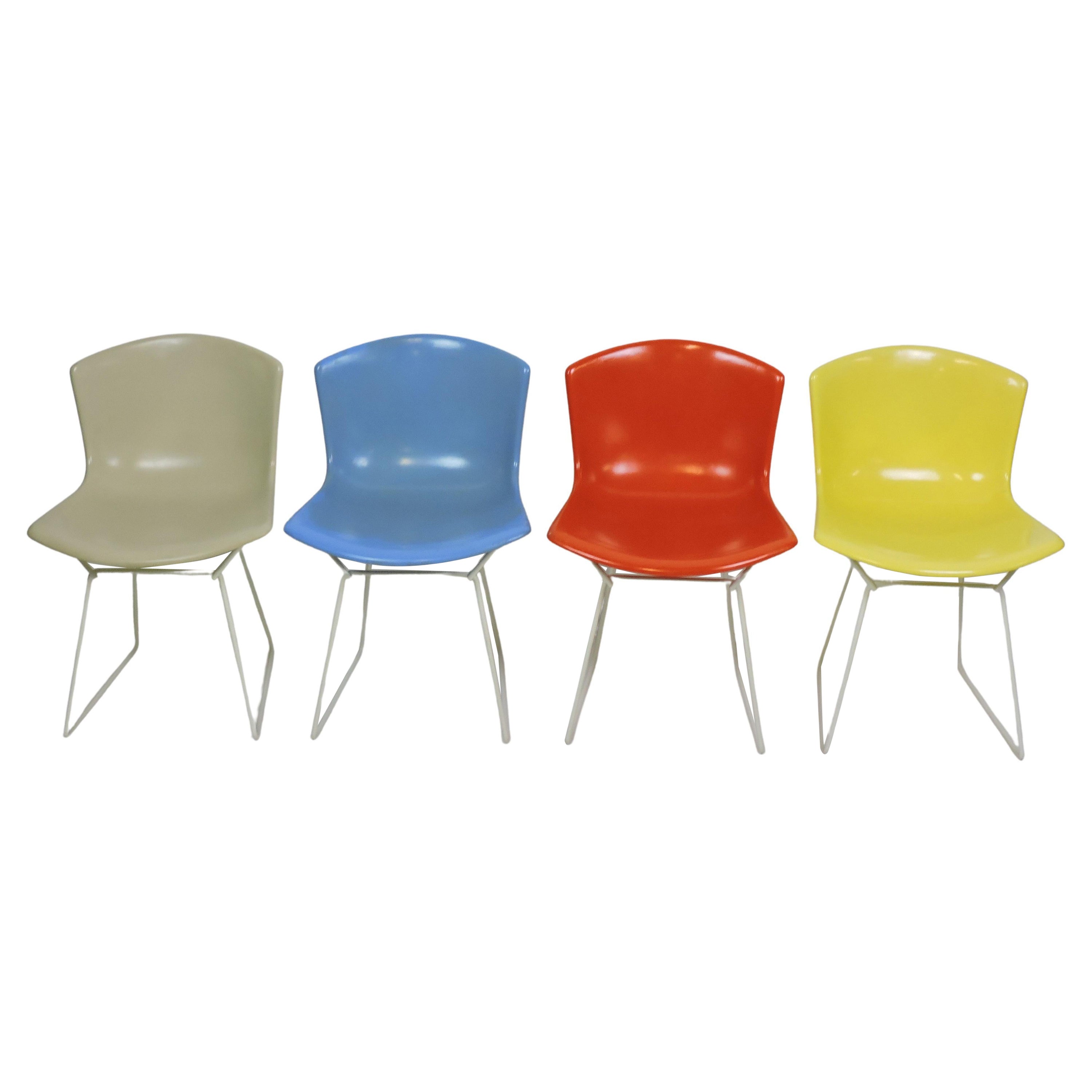