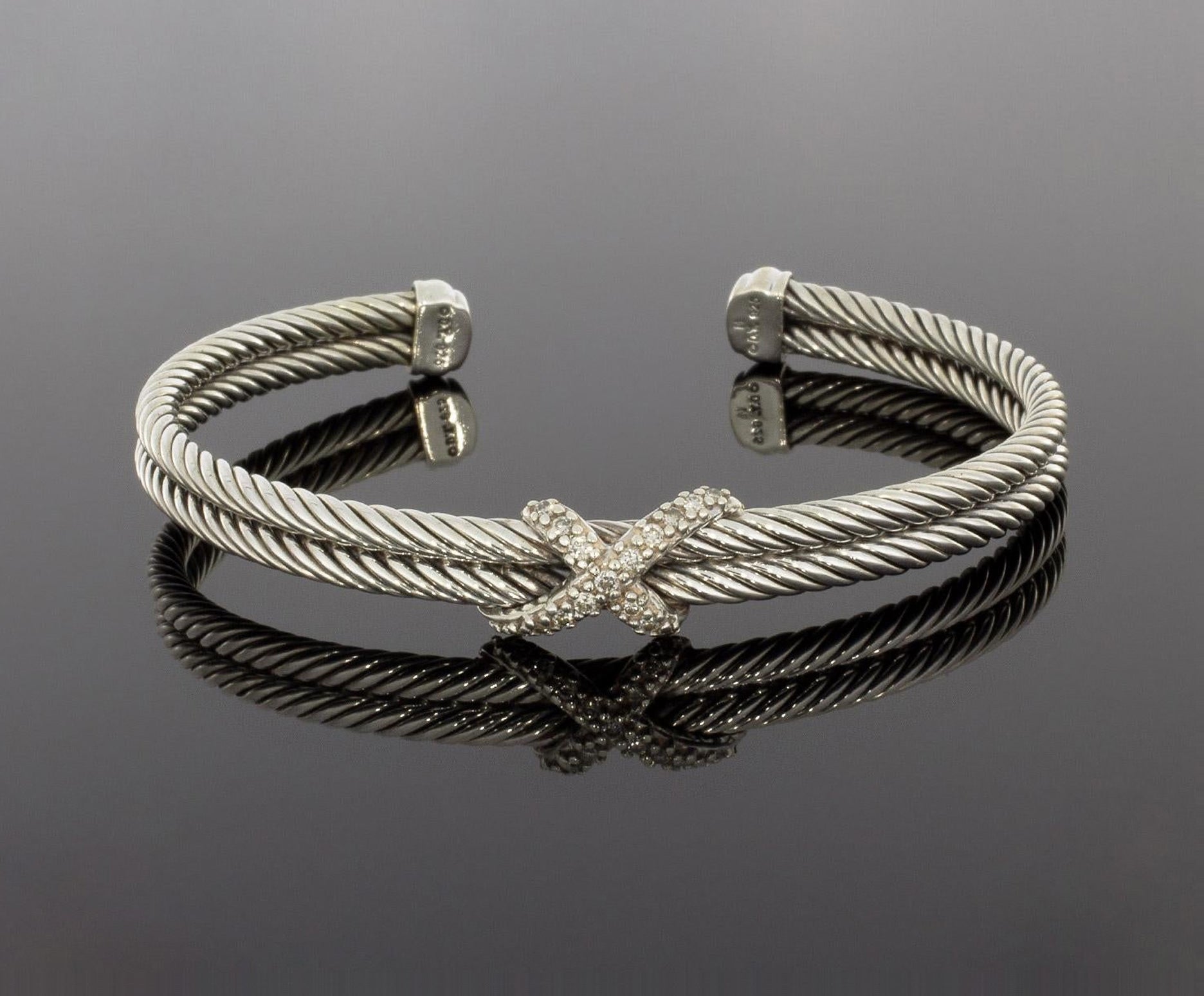 In 1983, David Yurman (b. 1942) twisted 50 feet of metal wire into a helix, shaped it into a cuff and made jewelry history. This was the birth of the Cable bracelet, a piece at once modern and historic, complex and strikingly simple, and a style that would beget a continuous collection of jewelry.

By the time of the Cable’s creation, Yurman and his wife, Sybil, chief brand officer at his eponymous brand, were deeply entrenched in the New York art world and the emerging craft scene: As a young man, David learned direct welding under Cuban artist Ernesto González. Later, he started his own sculpture studio after studying with modernist sculptor Jacques Lipchitz, and he met Sybil when they were both working for Hans Van de Bovenkamp in 1969. In the late 1970s, the couple decamped to Upstate New York, where they started Putnam Art Works, a sculpture and jewelry studio. And while they became regulars at certain craft fairs, the couple always had a foot in the urbane: “Everyone would show up in these old VW vans wearing tie-dye, and we were coming out of the city in a 1964 black Cadillac with the seats knocked out of the back. We were definitely still New Yorkers,” Yurman said in a 2017 interview.

Indeed, it’s this juxtaposition of handicraft and elegance that would come to define the Yurmans’ jewelry company — an aesthetic that’s exemplified with the Cable, whose simple metal twist is capped off by gold-set gems at either end. The design has widespread roots, from jewelry motifs of ancient Syria to natural formations of tree branches that captured Yurman’s attention as a child to the graceful fortitude of cable bridges and the flexibility of nautical rope.

“There’s nothing I don’t like about cable,” Yurman has said. “I feel totally at home and embraced by the form.”

Fittingly, given its helix shape, the cable motif has become the backbone of David Yurman’s aesthetic — so much so that its illustrious history was the subject of a 2017 book from Rizzoli, titled simply Cable. (Safe to assume anyone who’s anyone would know what that single word refers to.) In addition to the original Cable bracelet, the twisted metal has been turned into rings, pendants and chain links. It’s even sometimes added to the backs or undersides of jewelry, invisible to the wearer but still present, connecting the jewelry to its visual heritage.

“There is a life rhythm with cable,” Yurman says in Cable. “Like DNA, it brings form to life.”

Free Shipping
David Yurman Sterling Silver Black Diamond Cable Bangle Bracelet
By David Yurman
Located in Scottsdale, AZ
This David Yurman cable bangle is fashioned from sterling silver and set with black diamonds on the outside of the bangle! The black diamonds are round and each is held into place by...
Category 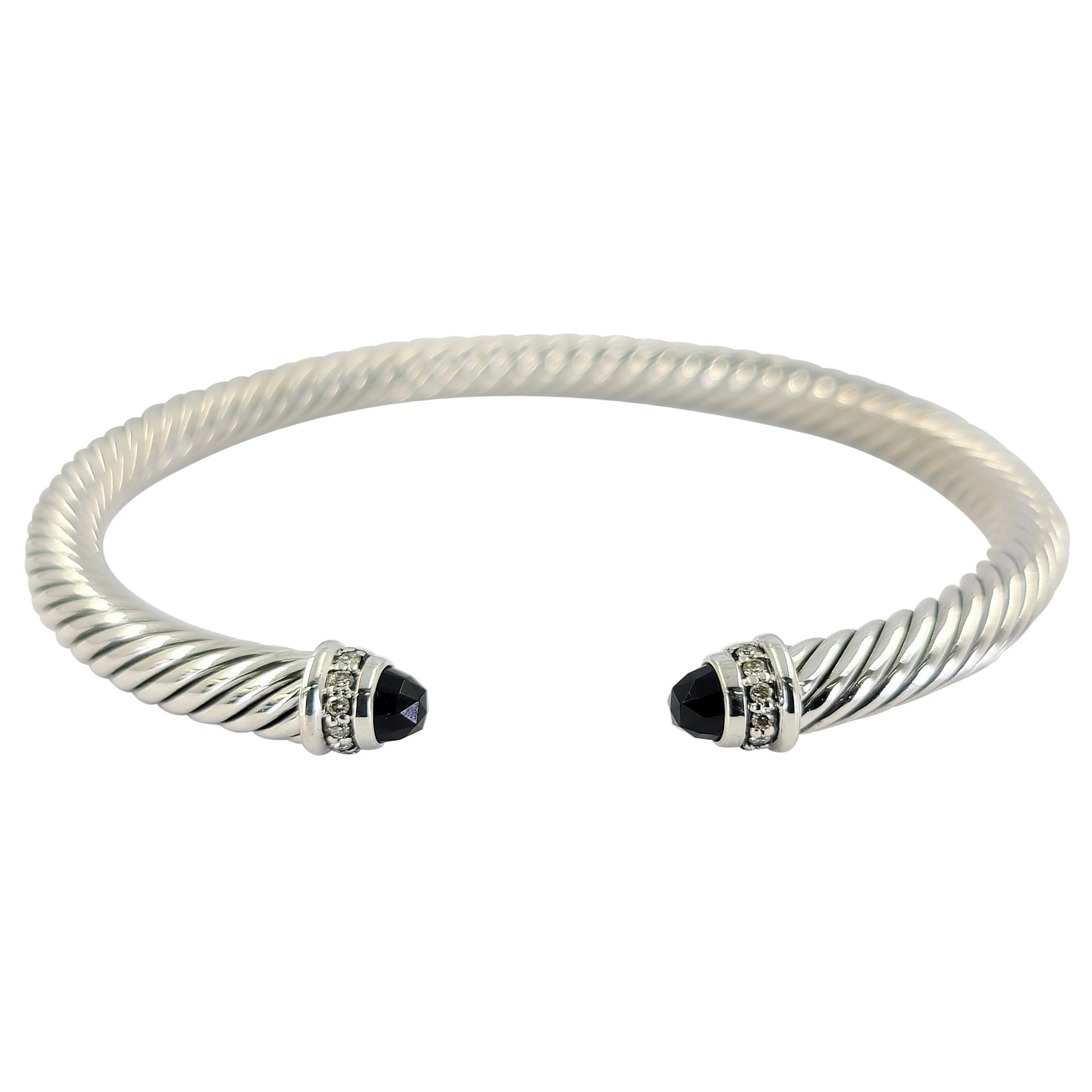 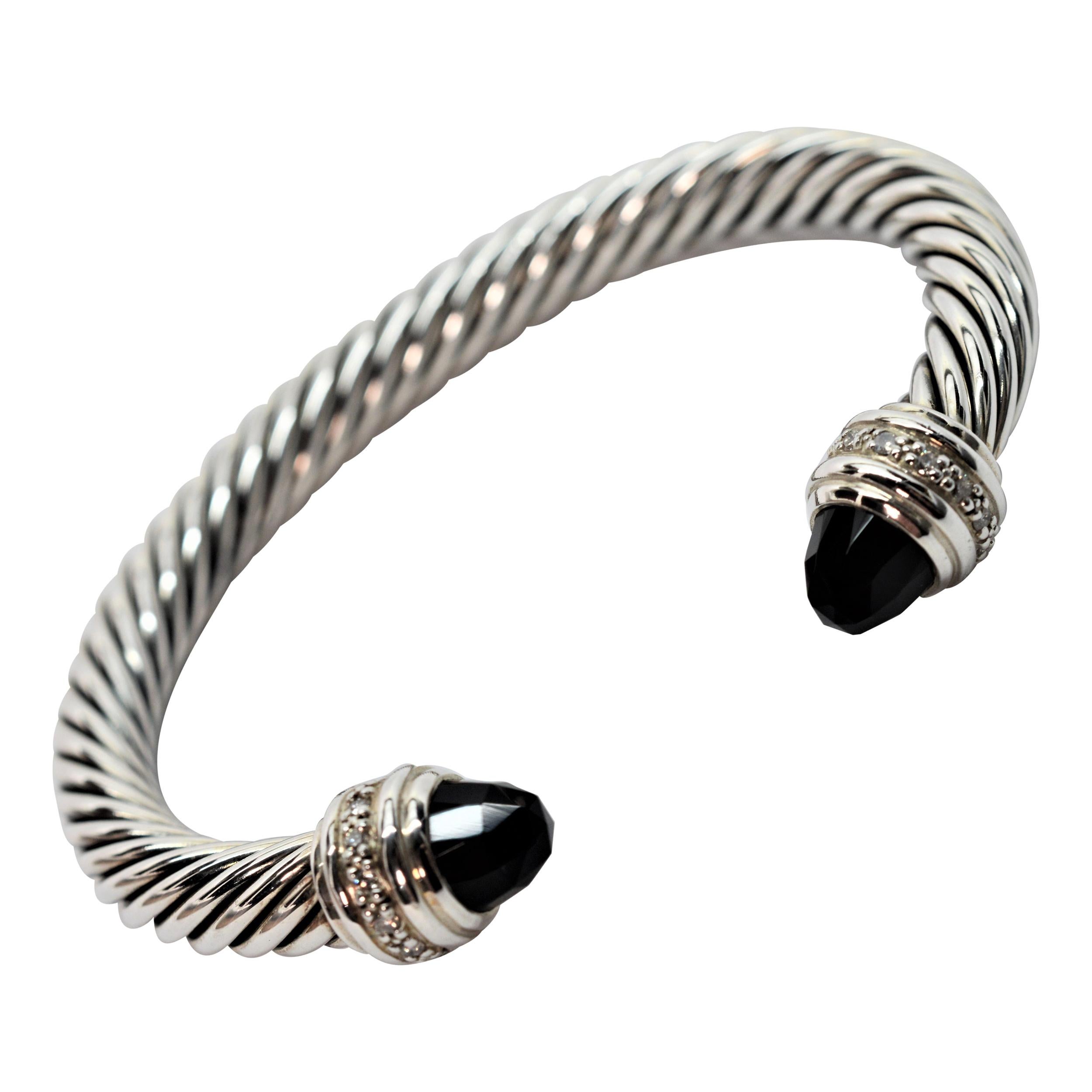