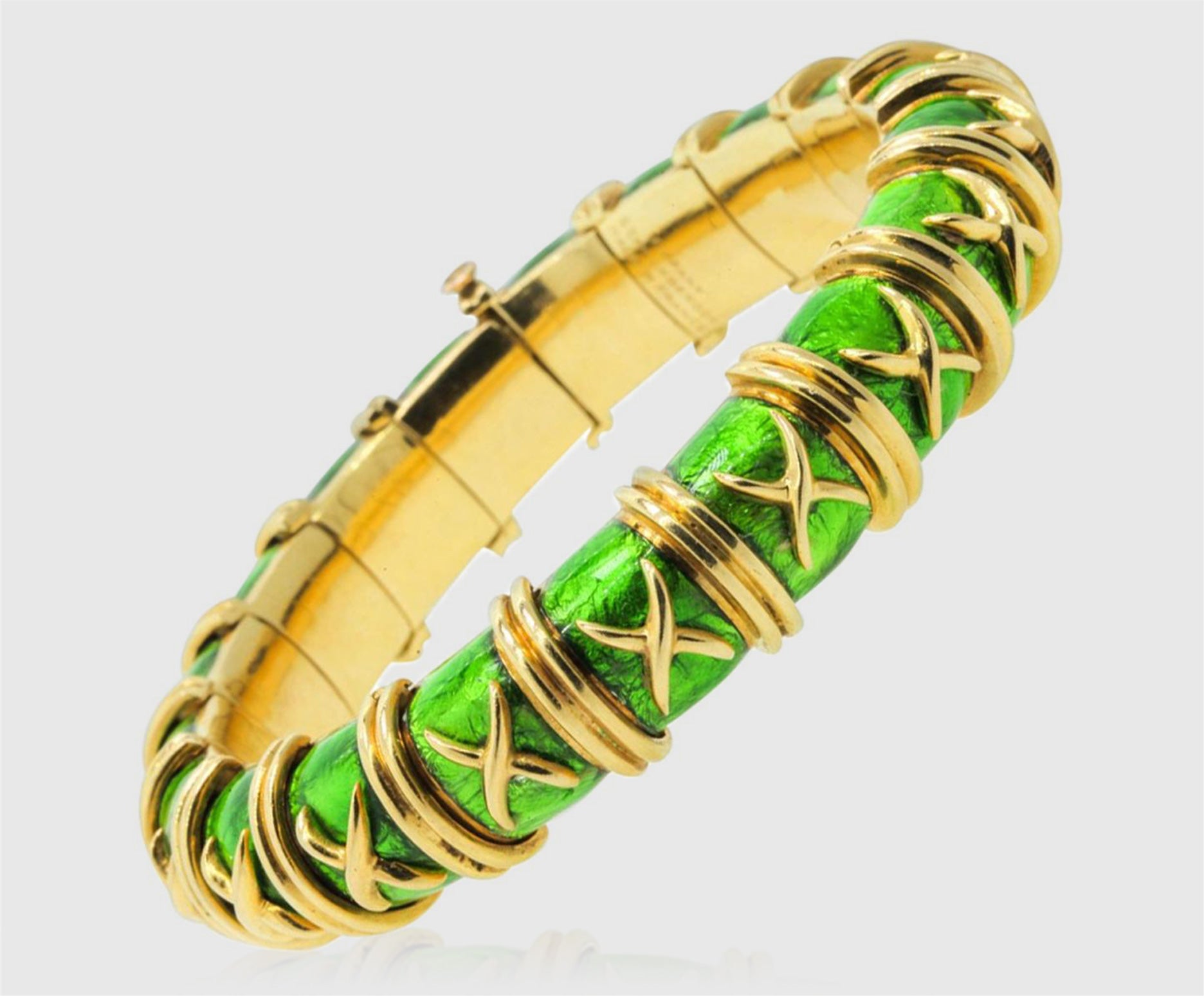 What better way to emulate Jacqueline Kennedy's style than by wearing her favorite bracelet? Designed by Jean Schlumberger (1907–87), the Croisillon bracelet, with its bold enamel hues punctuated by gold bands and X’s, is the result of a 19th-century process in which enamel is layered over gold leaf. The First Lady’s Croisillon bangle (the first one, at least) was a gift from her husband, John F. Kennedy, who bought it at Tiffany & Co. in 1962. The piece quickly became a staple of her daytime wardrobe. In fact, she wore a stack of them so often the press took to calling them the “Jackie bracelets.”

Schlumberger was a free-spirited visionary who rebelled against his parents — when they sent him to Berlin to study banking, he soon moved to Paris, where Elsa Schiaparelli gave him his first big break making buttons. He had a fantastical imagination, which he explored through natural motifs like sea creatures, shells and plants. The self-taught Frenchman was hired by Tiffany & Co. in 1956. Greta Garbo and Diana Vreeland were among his notable clients, and the philanthropist and heiress Bunny Mellon, who owned a substantial collection of Schlumberger’s work, became one of the designer’s dearest friends. (The two often sat together while he drew, and events in her life shaped his work.) Schlumberger had an eye for detail that made him an industry trailblazer. The enduring popularity of the Croisillon, with its bright enamel and hand-textured molten-gold motif, is evidence of his design acumen.

Free Shipping
Tiffany & Co. Jean Schulmberger Iconic Copper Enamel Turquoise Bracelet
By Jean Schlumberger for Tiffany & Co.
Located in North Hollywood, CA
This iconic Bracelet from Tiffany is by no other than Jean Schlumberger. This bracelet is iconic expensive and hard to find. Many of his other enamel bracelets are easier to find but...
Category 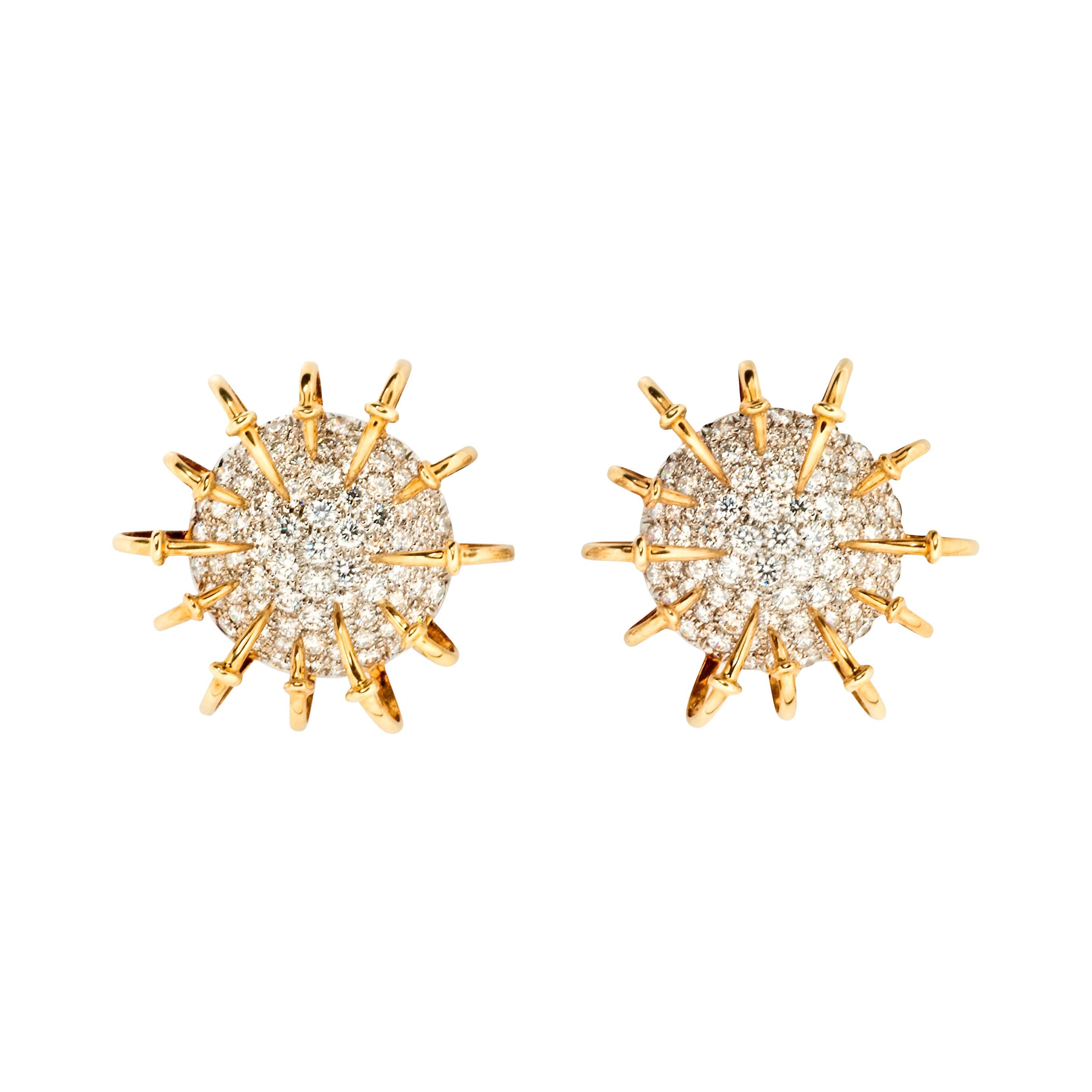 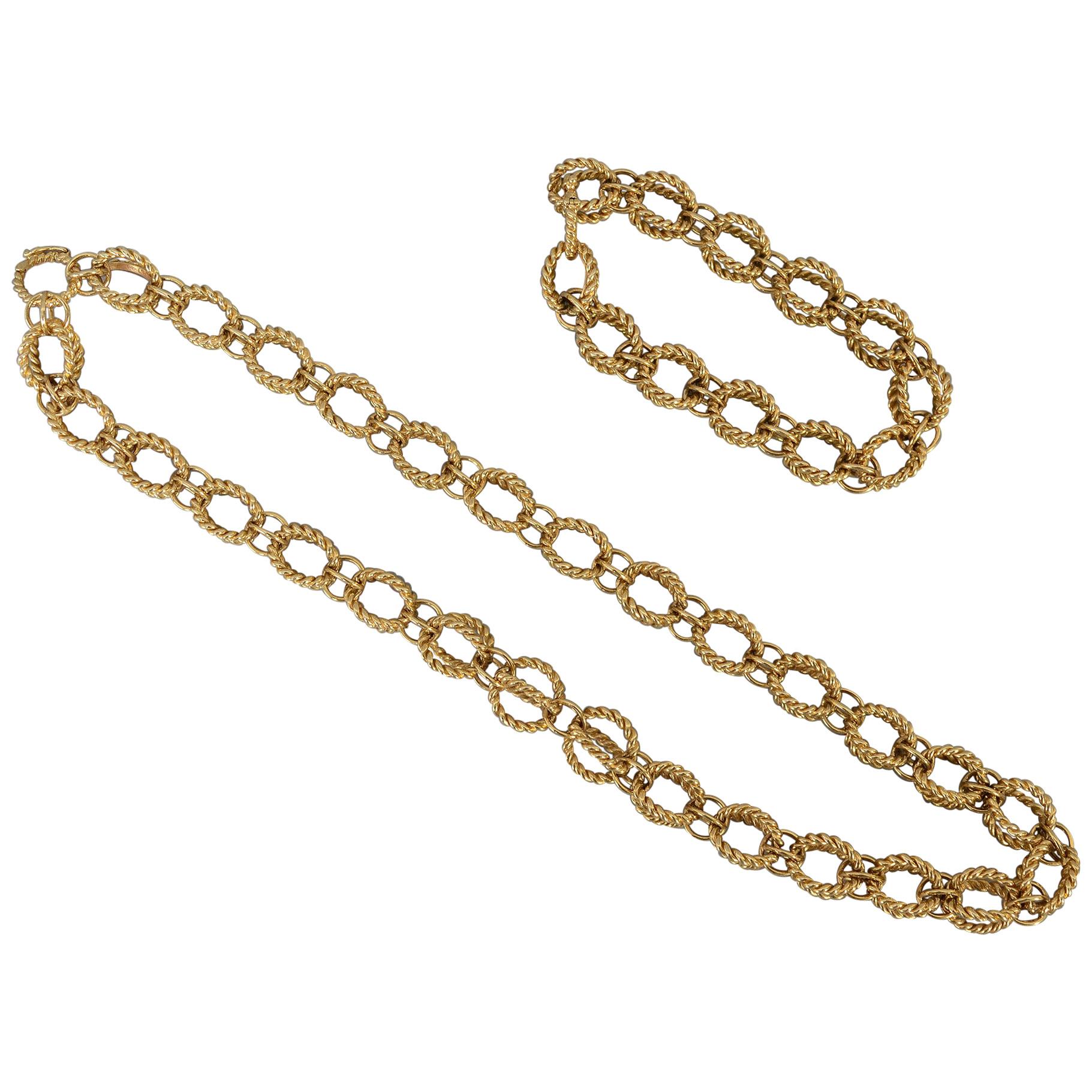 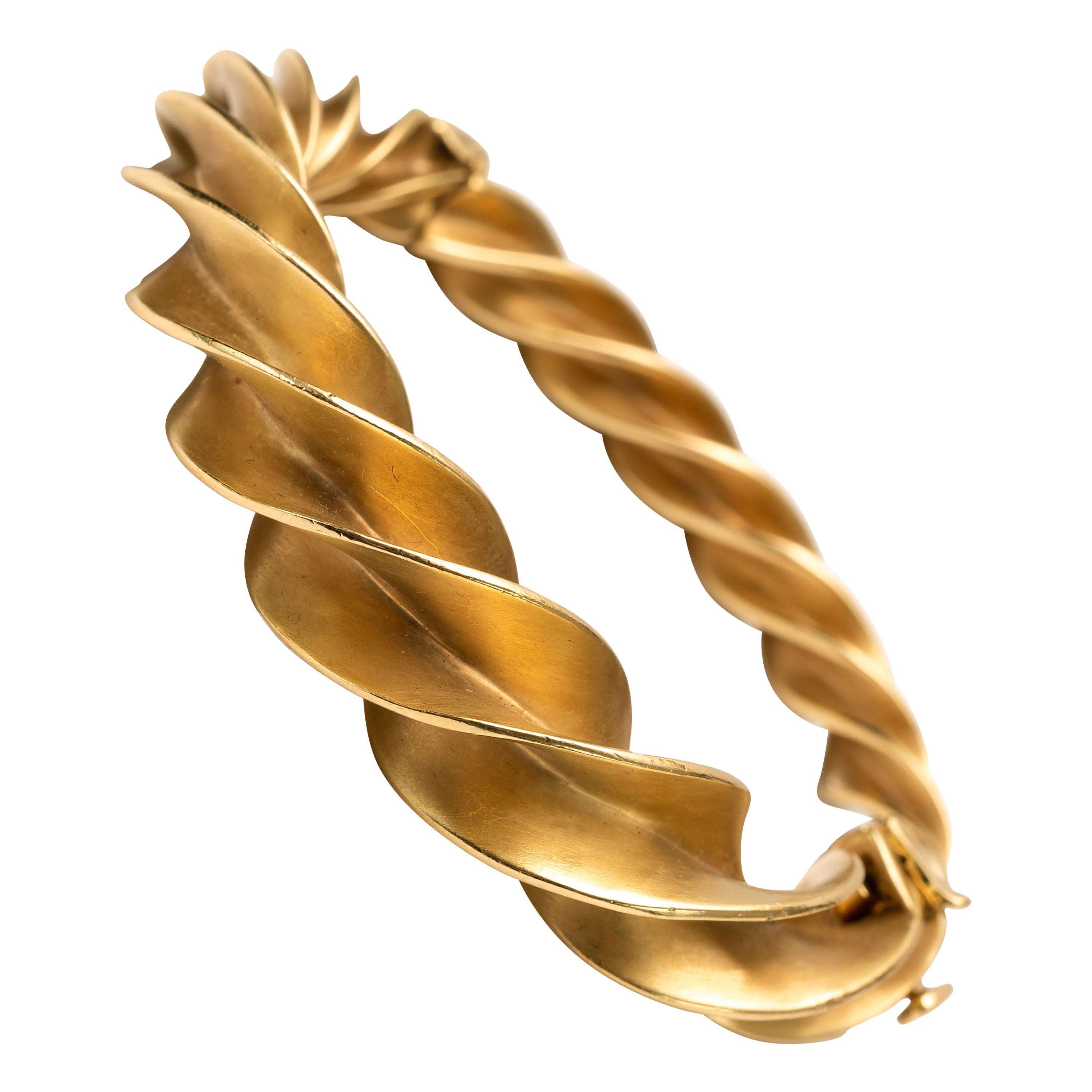