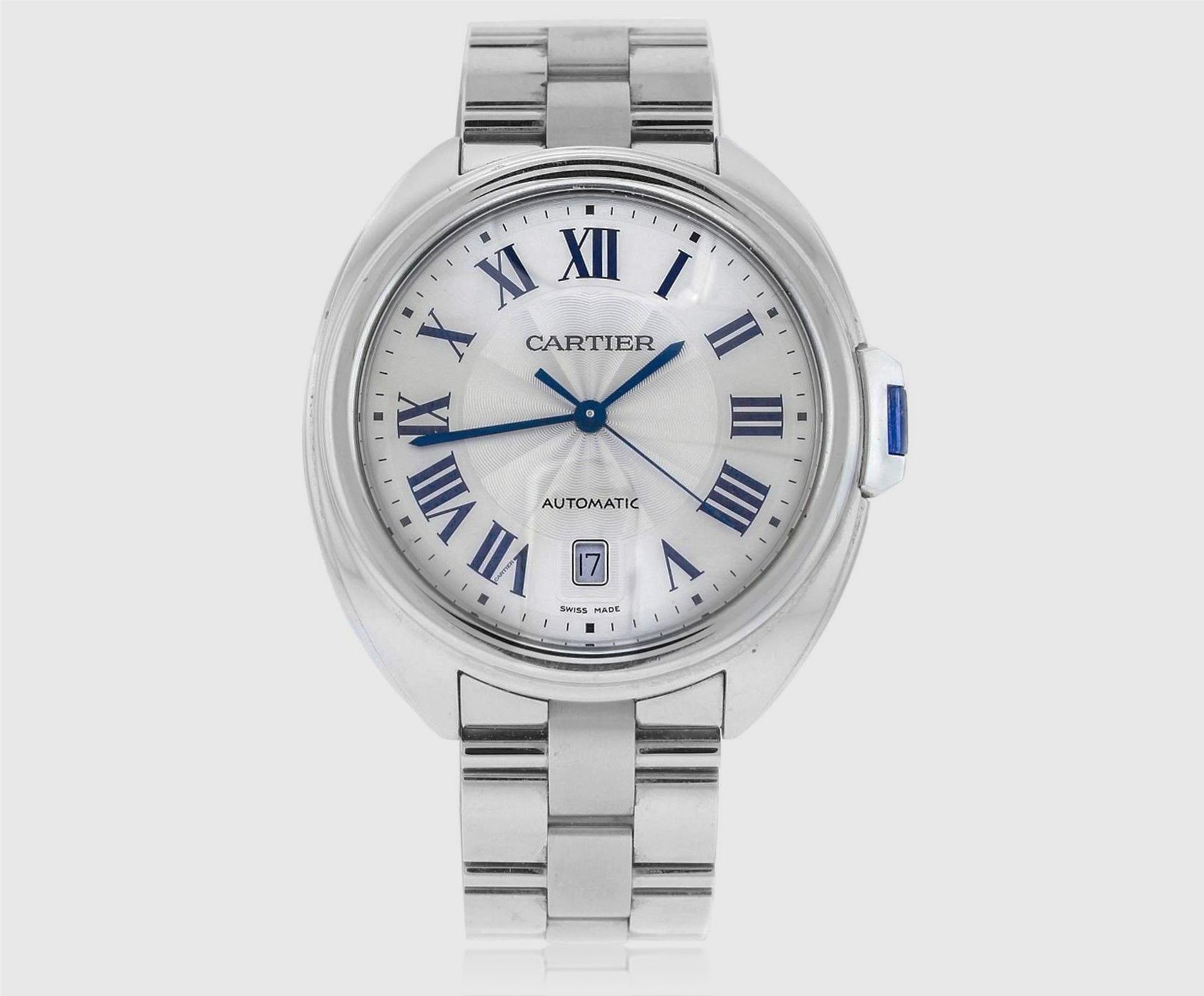 At first glance, the Clé de Cartier watch, which debuted in 2015, is a blend of traditional design elements: It has a classic Cartier circular opalescent dial with blue hands and blue Roman numerals, plus an ovoid case that blurs the line between round and tonneau forms, a shape frequently used in mid-century watches. This focus on design history is not altogether surprising for Cartier (established 1847), given the brand’s penchant for honoring its long legacy of watchmaking. Where the watch becomes atypical, however, is in its mechanical details, specifically in the unusual feature teased by the timepiece’s name — clé means “key” in French. Rather than the round winding crown that’s typical of contemporary wristwatches, there is a rectangular key, much like the ones found on pocket watches and antique clocks. But in a return to a classic Cartier design statement, the crown is inlaid with a striking sapphire cabochon. Designed in-house by the brand, the Clé de Cartier was also the first watch to feature the caliber 1847 MC, a then-new automatic movement that contains nearly all of the watch’s moving parts.

Although Cartier functioned solely as a jeweler for the first 57 years of its existence — royalty from around the world favored the brand for its tiaras, necklaces, bracelets and rings — it crafted its first watch in 1904 at the request of Brazilian aviator Alberto Santos-Dumont, a friend of Louis Cartier who found that the era’s popular pocket watches were difficult to use while flying. Cartier’s response was the Santos de Cartier watch, featuring a square face designed to sit flat on the wrist, held in place by a leather strap. The timepiece found a broad market beyond Santos-Dumont, sparking the modern era of wristwatches. Since then, Cartier has designed dozens of watches, from the classic Tank line (1917), inspired by World War I–era machinery and worn by such luminaries as Princess Diana and Yves Saint Laurent, to the rare Salvador Dalí–esque Crash de Cartier (1967) and more.

Since the initial launch of the Clé de Cartier, the jeweler has expanded the collection to a number of models for both men and women, with dials ranging in size from 31 to 41 millimeters. Cases are crafted from steel, rose gold, white gold and palladium, complemented by bracelets in identical metals or luxe leather straps. Some more exclusive models feature a full pavé diamond case. 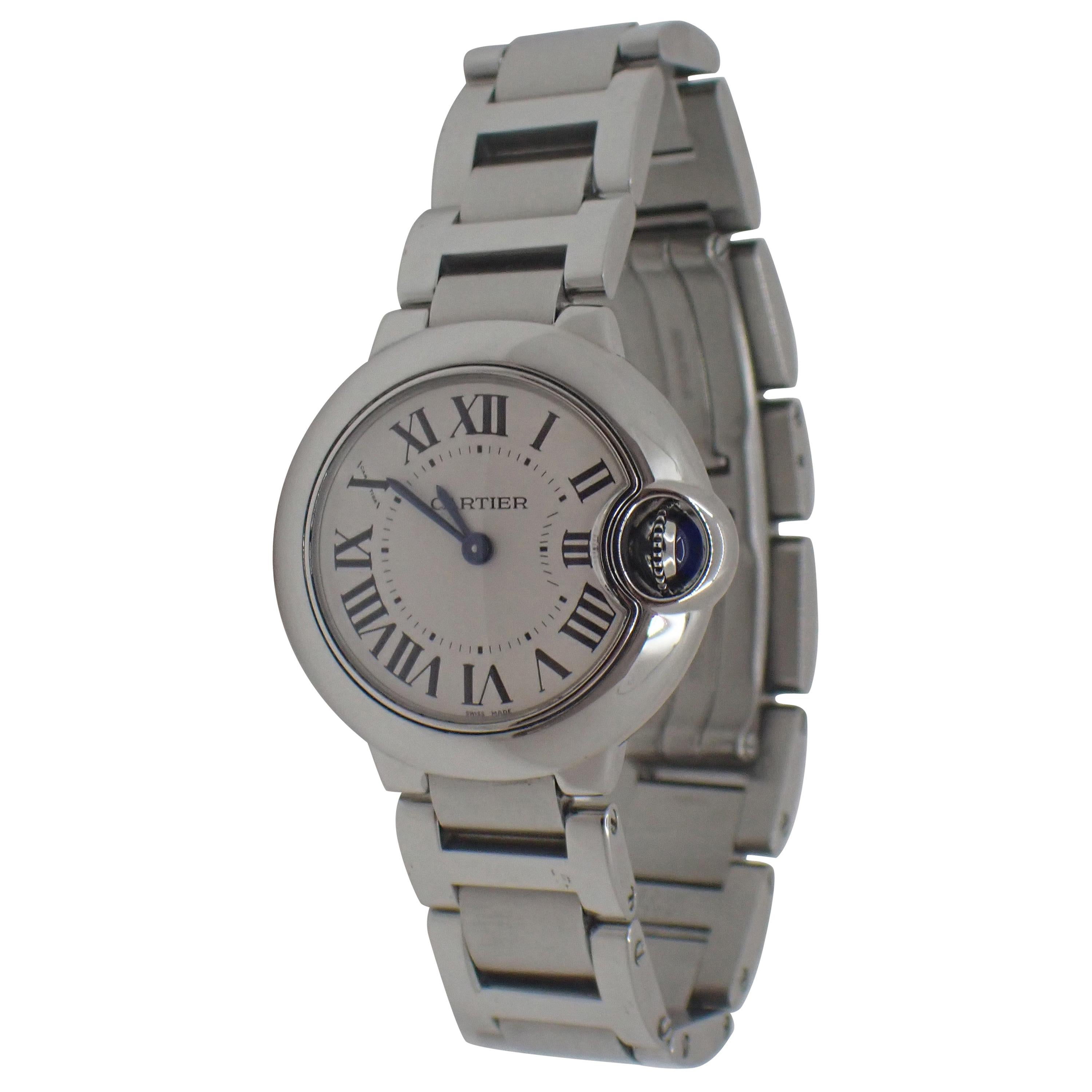 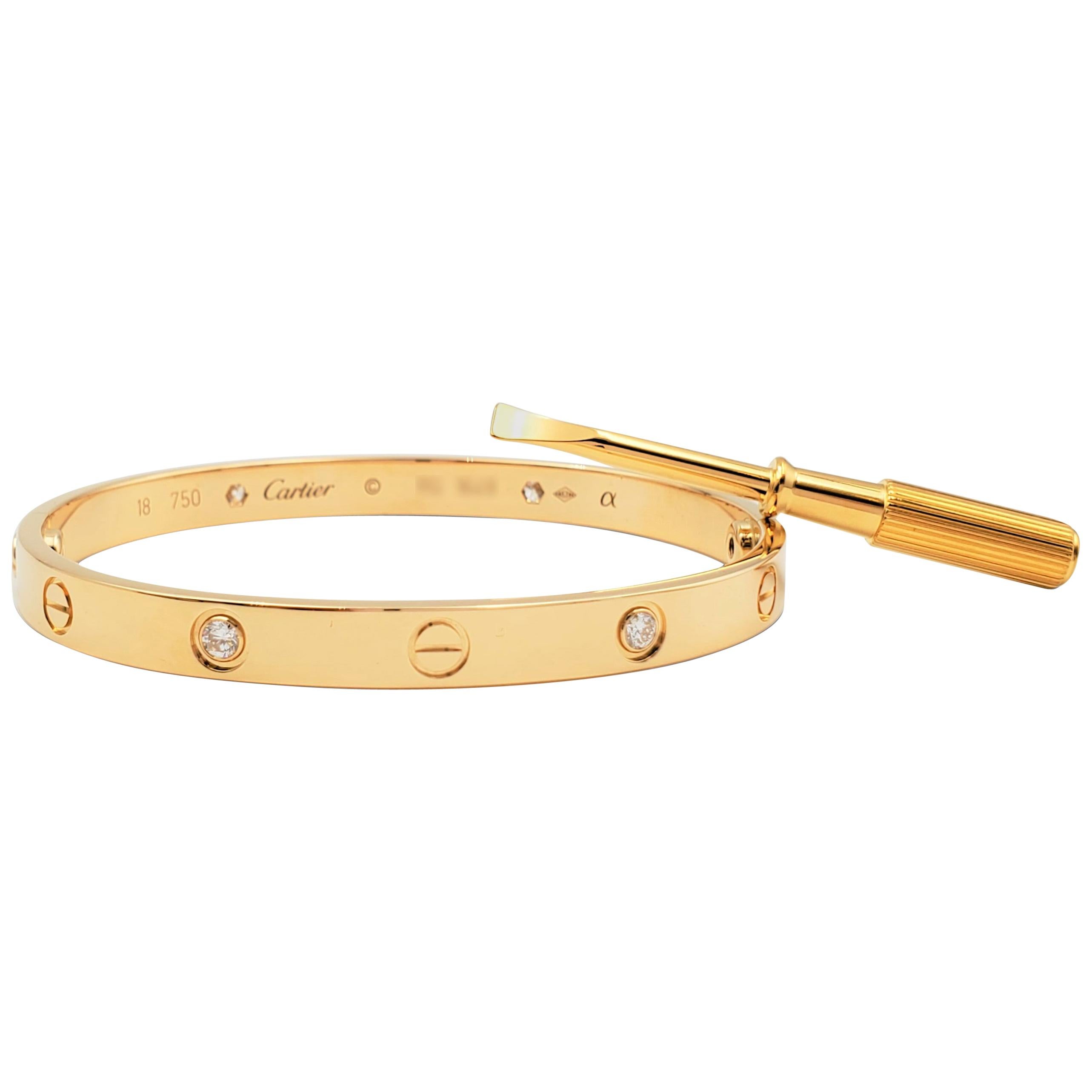