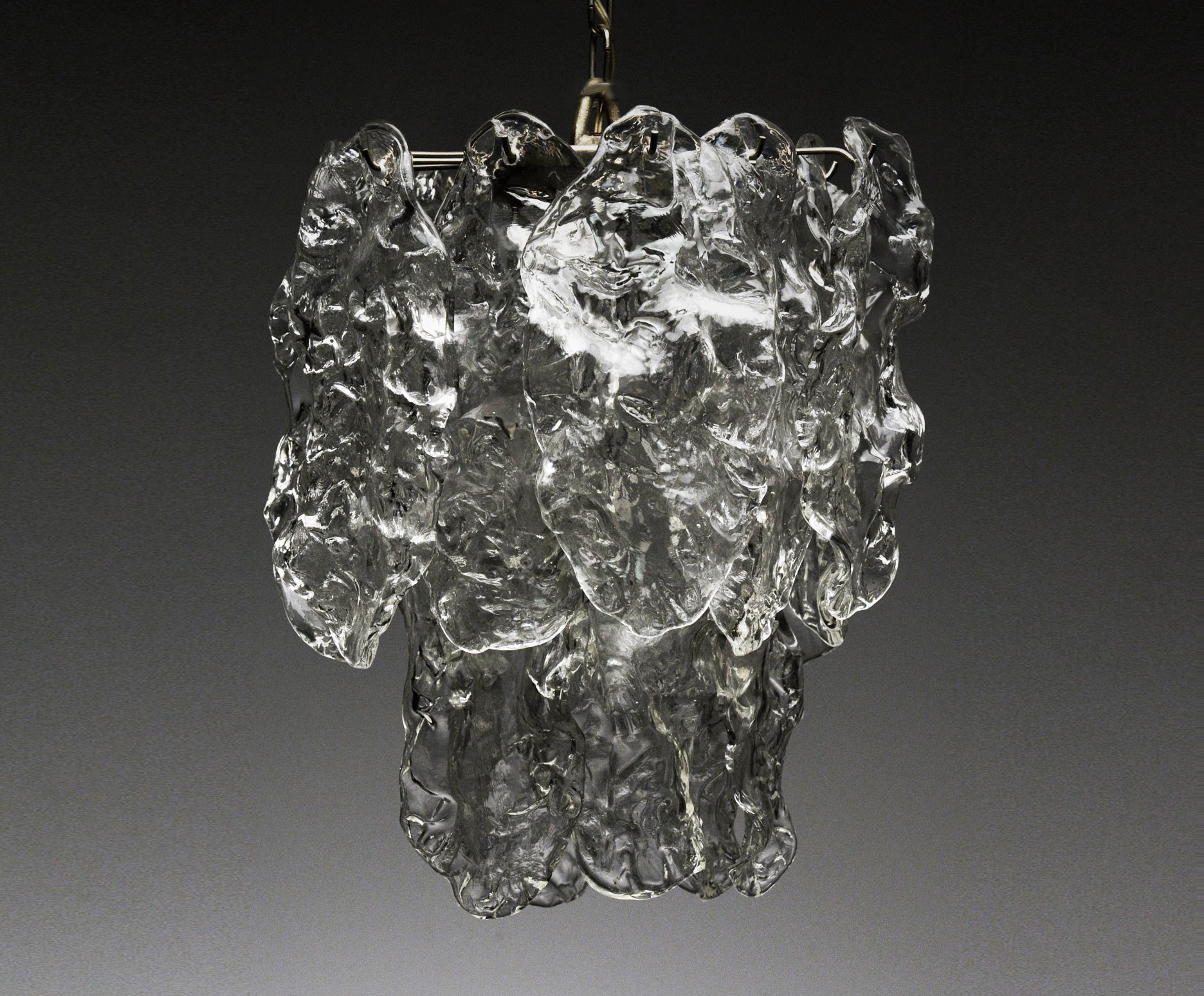 Hailing from Murano, the Venetian island known for its rich history of glassmaking, and from one of the oldest glassblowing families in the region, Carlo Nason (b. 1935) may well have been destined to go into the business. But the glass forms for which he became known — such as the Cascata chandelier — eschew tradition, displaying instead an intrepid innovation born of continual experimentation. This singular column of rippling glass plates exemplifies the designer’s deft ability to create new types of movement using an age-old technique.


Born in 1935, Nason began glassblowing at his family’s workshop (several of his early pieces are in the permanent collection of the Corning Museum of Glass, in Corning, New York), but, itching to work in more modern forms, he soon left to work with Gianni Mazzega, a friend of the family who ran his own glassblowing company. At Mazzega, Nason pushed the medium of glass to create modern forms inspired by everything from Japanese pottery to the undulating forms of jellyfish in water.


For the Cascata (Italian for “waterfall”), which debuted in the 1960s, Nason achieved the effect of cascading water through an inverted pyramid of hanging glass plates, each individually mouth-blown and suspended from a chrome-plated frame for a dazzling, Art Deco–styled display. Lit from behind, the plates have a glittering, iridescent quality. Versions of the lamp range from 30 inches to over six feet in height, with large models featuring more than 20 individual light sockets.


Nason, who continues to live and work in Murano today, would go on to produce artful lighting for Mazzega until at least 1980. While Mazzega 1946 offers contemporary editions of Nason’s design — now called “Water Fall” — vintage examples of the Cascata chandelier are unsurprisingly sought after by collectors.

Pair of Nason for Leucos Blue Iridescent Pendant Lamps, circa 1960