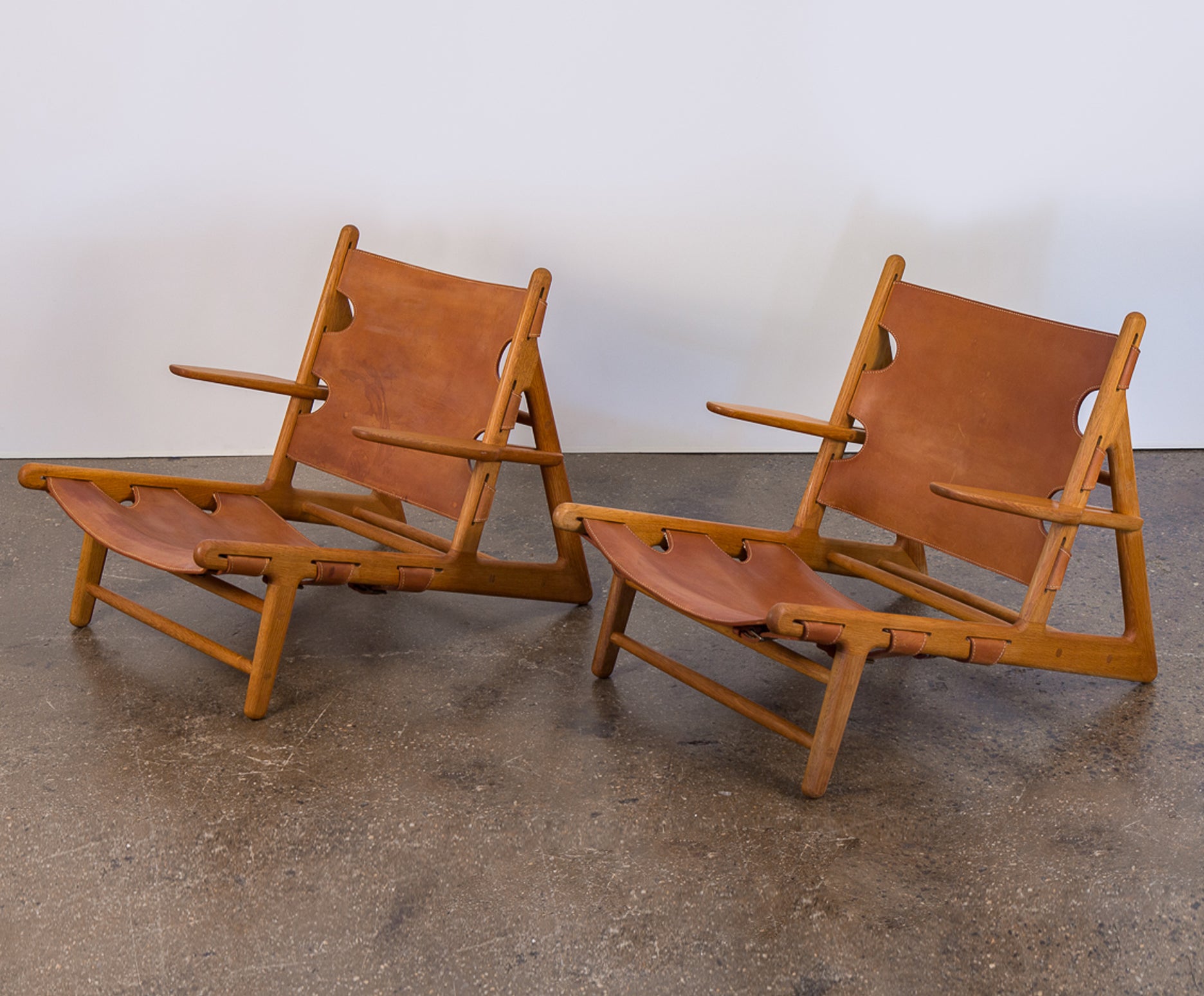 With an exposed oak frame and a saddle leather seat and back, the Hunting chair by Børge Mogensen (1914–72) bears a striking resemblance to the kind of rustic furniture you might find in the American West, but its comely, low-slung profile is an attribute that connects it squarely to Danish modernism. Alongside greats such as Arne Jacobsen and Finn Juhl, Mogensen was a pioneer of this movement — he was an artisan who wanted to create long-lasting and practical furniture that could be of use every day.

Born in Aalborg, Mogensen moved to Denmark's capital city of Copenhagen to study cabinetmaking. He began his design career as a teaching assistant to Kaare Klint, under whom he studied at the Royal Danish Academy of Fine Arts, then moved on to manage the studio of furniture maker FDB Møbler. In 1948, ever guided by a desire to create unpretentious furniture, Mogensen, along with friend Hans Wegner, entered the International Competition for Low-Cost Furniture Design sponsored by the Museum of Modern Art in New York City. Two years later, Mogensen opened his own private design practice, during which time he developed the Hunting chair as an entry to the Copenhagen Cabinetmakers’ Guild’s autumn exhibition, fittingly themed “The Hunting Lodge.”

In 1952, Mogensen began collaborating with Andreas Graversen, who would eventually go on to acquire Fredericia Furniture in 1955. The two worked collaboratively throughout the rest of Mogensen’s life on revered designs such as the Spanish chair, one of Mogensen’s most famous works. Graversen and Mogensen were awarded the Danish Furniture Prize in 1971, while Mogensen went on in 1972 to be awarded the prestigious C.F. Hansen Medal — the highest honor bestowed upon architects in Denmark.

Mogensen’s furniture was incredibly functional in nature and designed specifically for mass industrial production — he was inspired by the era’s technological advancements but desired to keep his works modest and humble for the average homeowner. His signature aesthetic was simplicity, and the Hunting chair, which offers sleek rounded armrests as part of what was his first design to feature an exposed wooden frame, remains popular for its portability and for being very comfortable. Today, the chair is still produced by Fredericia and is available with different oak finishes and either black or natural saddle leather seats. 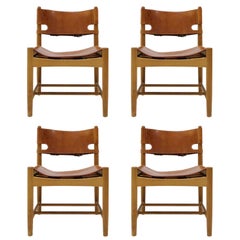 Pair of Original 1950s Hunting Chair by Borge Mogensen
By Børge Mogensen
Located in Sag Harbor, NY
One of Børge Mogensen’s more unusual chairs, the hungting chair was designed in 1950 for the autumn exhibition of the Copenhagen cabinetmakers’ guild, whose theme that year was ‘The ...
Category 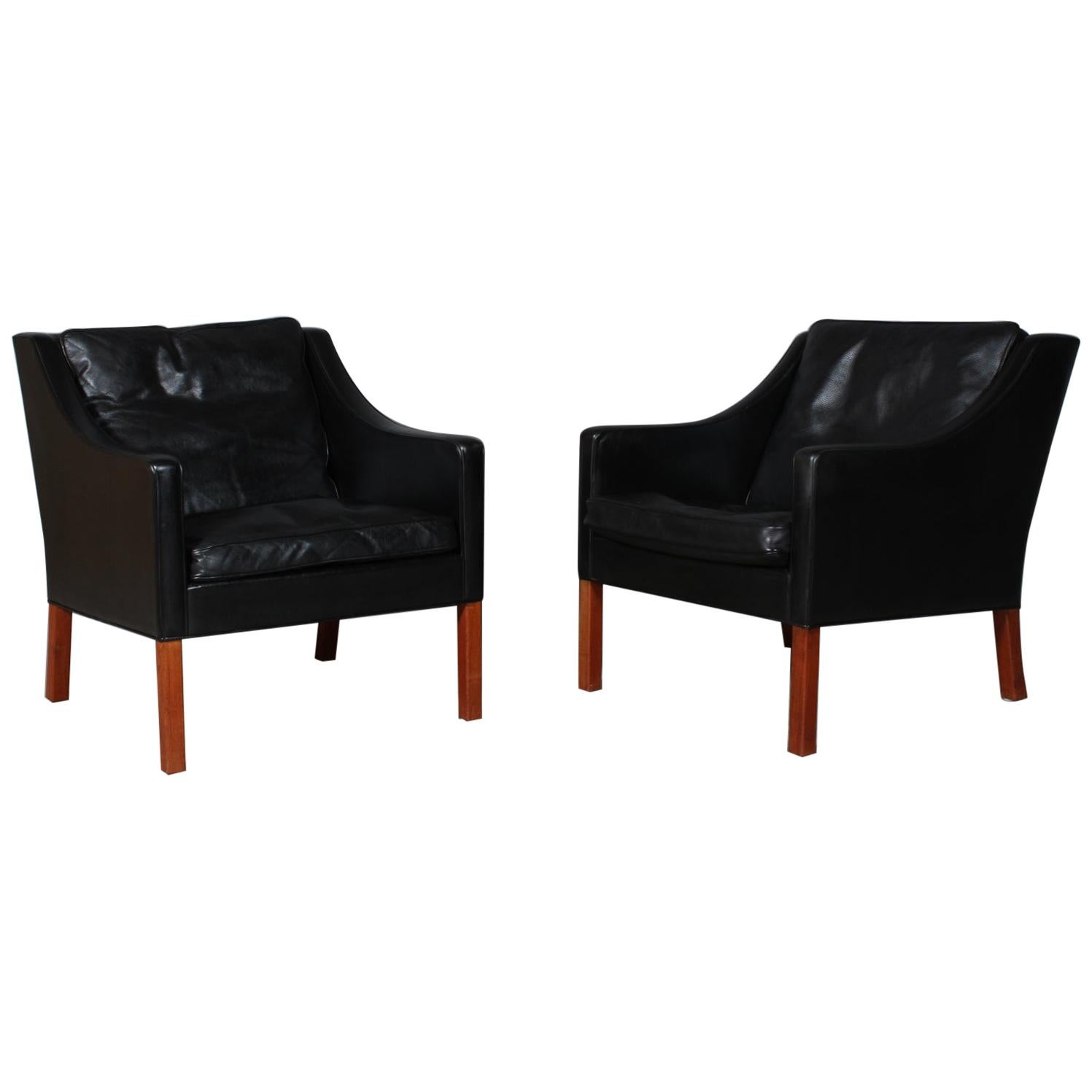 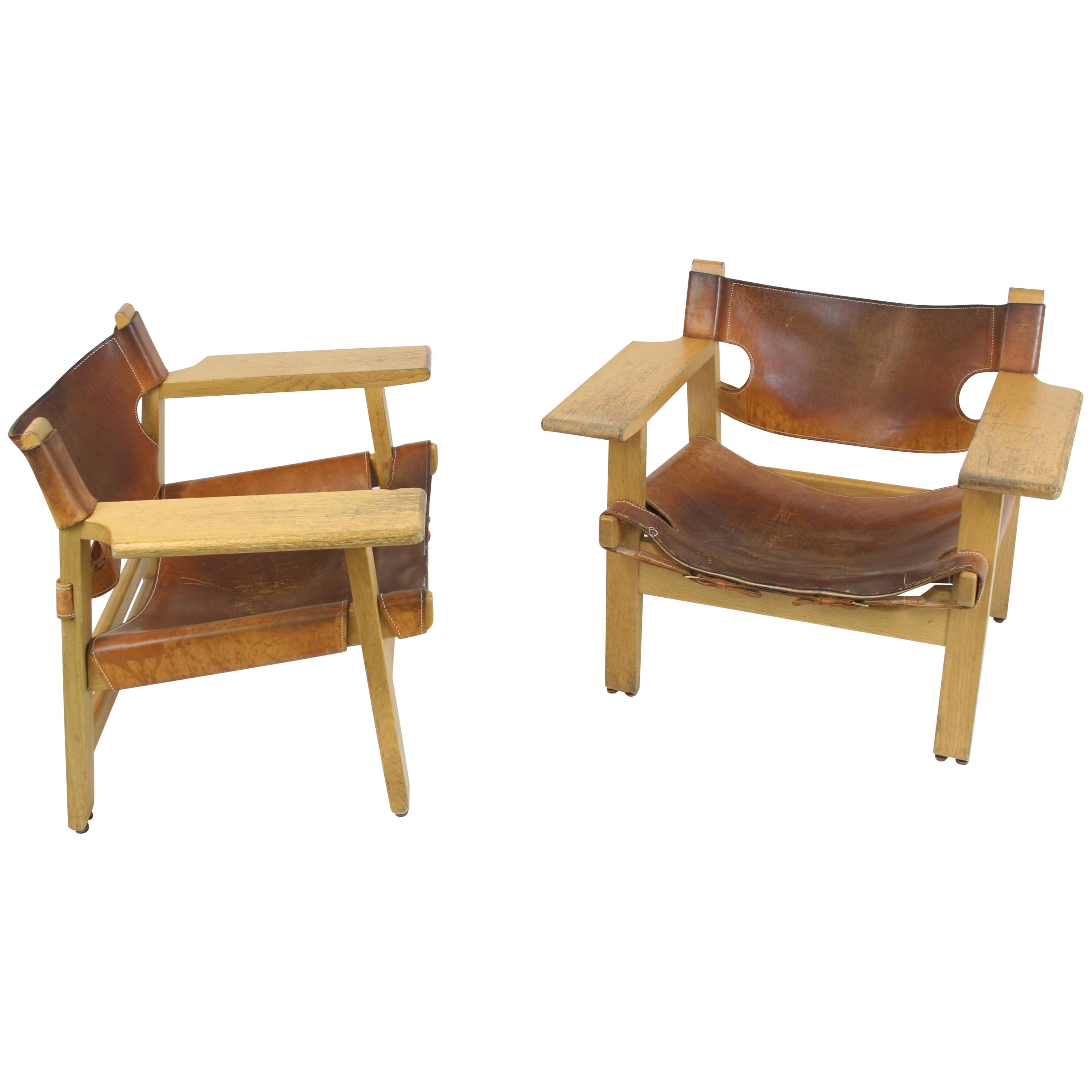