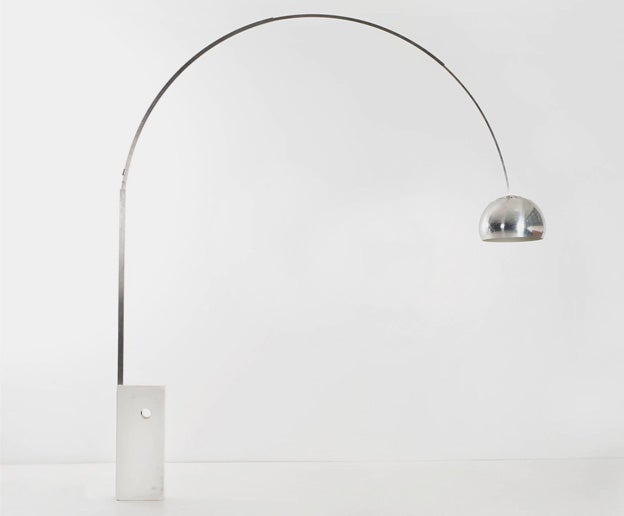 It was a humble street light that inspired Achille Castiglioni (1918–2002) and his brother Pier Giacomo Castiglioni (1913–68) to design their Arco lamp. The two men, along with their eldest brother, Livio, were the sons of prominent Milanese sculptor Giannino Castiglioni, and all became trained architects. Achille graduated from the acclaimed Polytechnic University of Milan in 1944 and joined Pier Giacomo and Livio in the design studio they'd opened with Luigi Caccia Dominioni. With large architectural assignments hard to come by, the Castiglionis focused on small-scale projects. At the core of their design philosophy was problem-solving, creating objects that fulfilled consumer needs. Their motto was: “Start from scratch, stick to common sense, know your goals and means.”

With functionality a primary concern, the Castiglionis produced pieces inspired by the “readymades” of artist Marcel Duchamp. The Arco lamp was born out of a desire to create a fixture that illuminated like pendant lighting but didn’t require drilling into the ceiling and that could be moved as its owner’s interior evolved.

The initial Arco lamp, designed in 1962, had a marble base (weighing 110 pounds), a chrome ball shade and a long curved steel arm that enabled light to be projected from nearly eight feet up, as if from a chandelier hung overhead. In another ingenious touch, the Castiglionis drilled a hole in the marble base through which a broomstick could be guided to serve as a handle so that two people could move it.

The same practicality is evident in the other famed lighting pieces — including the Snoopy and Taccia table lamps — that Achille and Pier Giacomo designed for FLOS. The brothers began their relationship with the Italian lighting company in 1960, and it continues to make their signature pieces today.

Arco Floor Lamp by Castiglioni Brothers, Italy, 1962
By Achille Castiglioni, Flos, Pier Giacomo Castiglioni
Located in Albano Laziale, Rome/Lazio
This is an original iconic Arco lamp. This particular one was produced in the 1970s this is in very good used condition. The Carrara marble slab also has character with a distinct gr...
Category 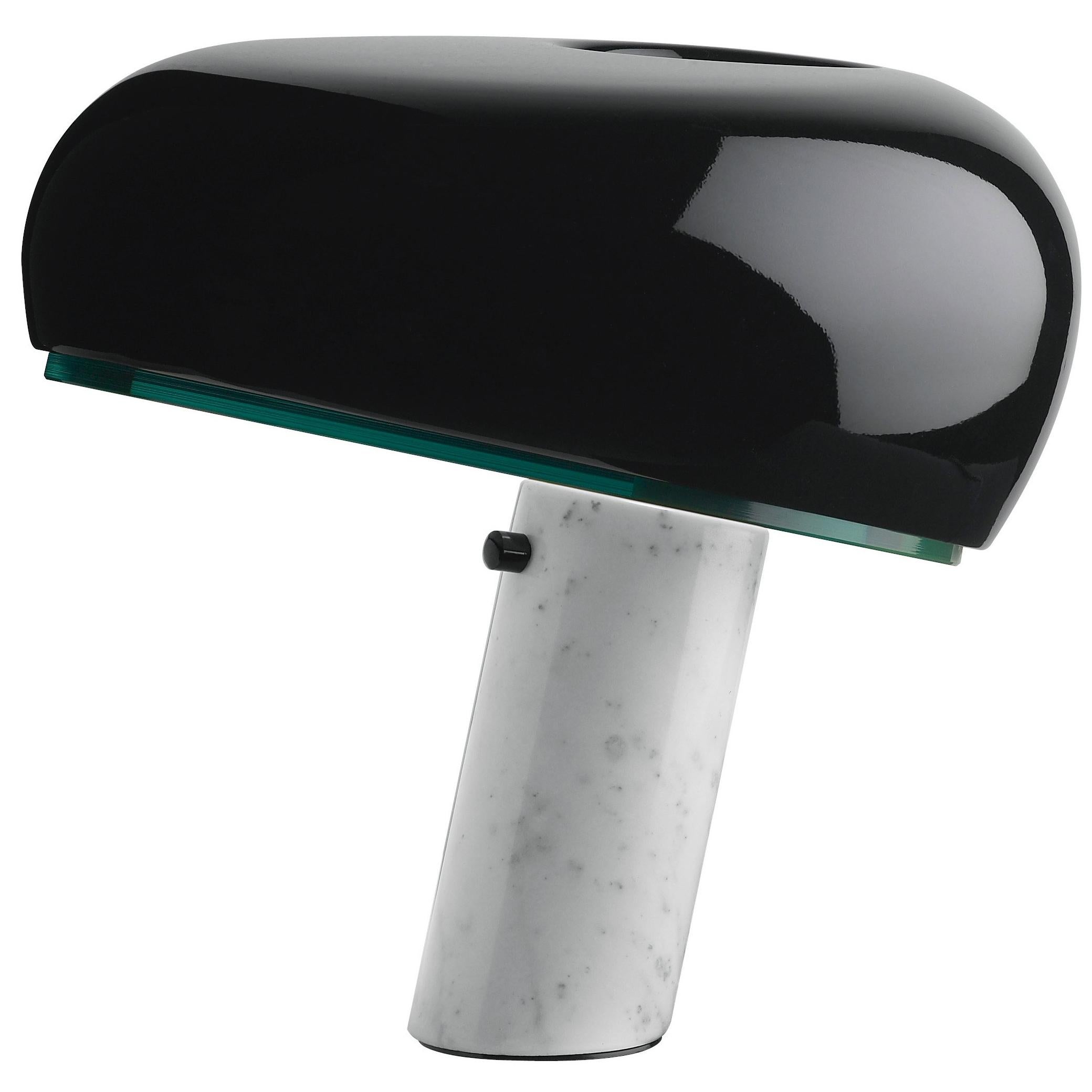 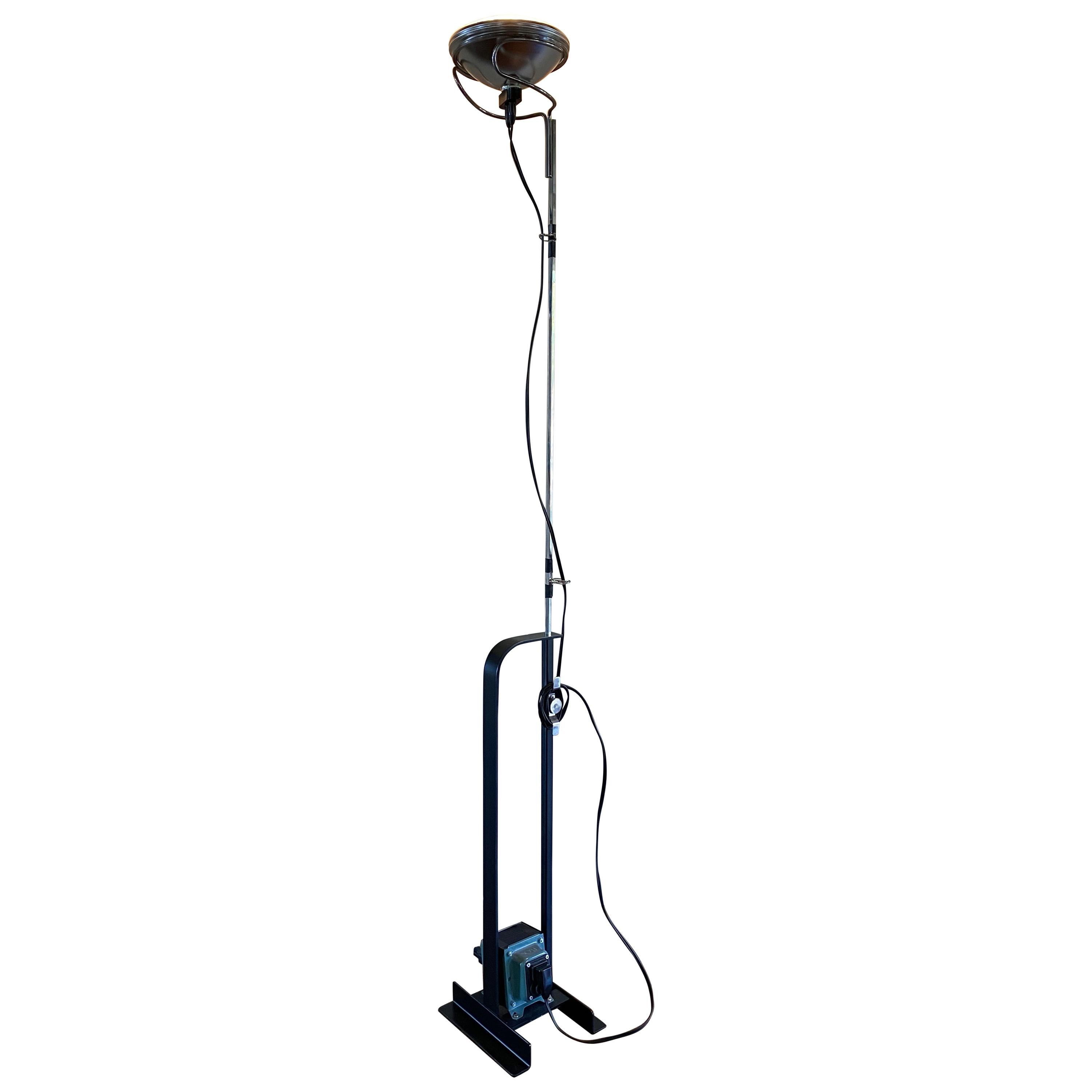