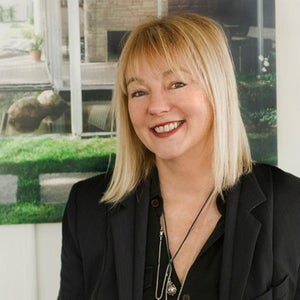 Annie Kelly has worked as a decorator for nearly twenty years. She specializes in historically appropriate decorating with modern elements. Trained as an artist, she is also an accomplished colorist. Kelly's first project was a renovation of Frank Lloyd Wright's "La Miniatura," in Pasadena, which was featured as a cover story in Architectural Digest. Her projects have been published in a variety of magazines, ranging from Elle Decor, House and Garden, World of Interiors and House Beautiful. Kelly has also authored numerous books on design, including the "Rooms to Inspire" series published by Rizzoli.

Based in Los Angeles, she also works from Connecticut, and more recently Sydney, where she has just finished renovating a 19th-century Paddington terrace house.