Winifred Heron was born on June 9, 1922, in the small alpine town of Merano, Italy, where her father was consulting as a mining engineer. Her family lived there till she was five years old, then returned to the United States, and settled in Farmville, Virginia. She attended Longwood College (now Longwood University) in Virginia, was a member of Alpha Sigma Alpha sorority and developed her talent in the fine arts, painting and drawing, receiving her BA in 1943. During World War II, she joined the Navy as a WAVE, serving as an officer in communications in Washington, D.C. Through family friends, she met her lifelong companion David Heron, and they got married on August 24, 1946. Along with raising three children, Winifred continued to develop her art. She was also active in volunteer organizations, League of Women Voters, voter registration drives and the local art scene. David's professional life as a University librarian took the family to Japan and Okinawa, where Winifred studied oriental art and flower arrangement. She was an accomplished printmaker and was active in the Santa Cruz arts community, including volunteering at the Santa Cruz Museum of Art and History and participating in Open Studios at her home in Aptos. Winifred Heron died peacefully on August 23, 2015, in Aptos. She was 93. 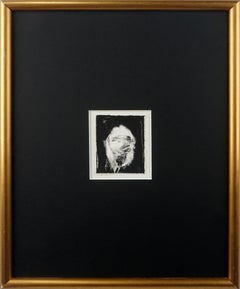 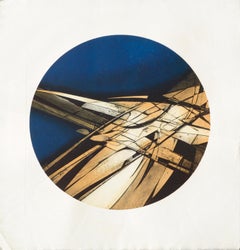 Abstract Leaves and Fans
By Patricia A. Pearce
Located in Soquel, CA
Category