William Logsdail was born in 1859 in the close of Lincoln Cathedral, where his father was verger. He was educated at Lincoln Cathedral School and then Lincoln School of Art. Initially intending to become an architect, his rendering of buildings and topographical scenes encouraged him to divert his attention to painting. After winning a Gold Medal in a competition against students of other English art schools, Logsdail continued his glittering career at the Ecole des Beaux Arts in Antwerp, winning first prize – the first Englishman to do so. His promise recognized by the Royal Household, his 1880 picture, The Fish Market, was purchased for Osborne House. Spending the next 20 years in Venice, he focussed on the architecture, his The Piazza of St Mark’s Venice, painted in 1883, being described by the Royal Academy as picture of the year. By 1912, following a change in direction, he was elected to the Society of Portrait painters. Before this, however, he made quite a number of pictures of Oxford and Cambridge Colleges and sold them all at 40 and 35 Guineas each. Skilled as he was at old buildings, portraiture suited his lifestyle better. Logsdail’s clients would come to him, he did not need to spend hours sketching in the outdoors. Moreover, they would pay up front and he did not need to sell the pictures after painting them. Old buildings were not so obliging. In 1903, he moved to No 5 St Paul’s studios, Talgarth Road, Barons Court and moved to Islip in Oxfordshire in 1922. 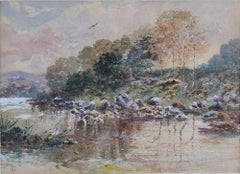 William Logsdail New College Oxford Cloisters oil painting
By William Logsdail
Located in London, GB
To see our other views of Oxford and Cambridge, scroll down to "More from this Seller" and below it click on "See all from this seller" - or send us a message if you cannot find the ...
Category 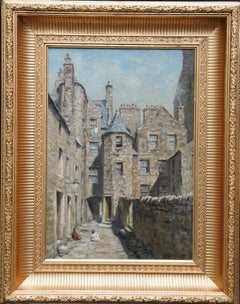 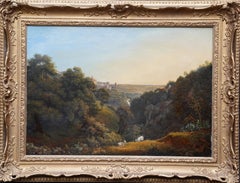 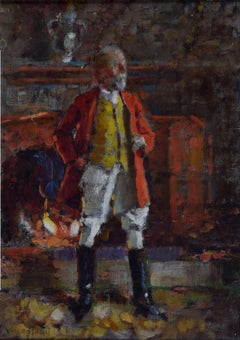