Instantly recognizable by their long slender armatures and domed, ovoid shades, the best-known lamps and lighting fixtures of Serge Mouille have become emblems of the organic design of the mid-20th century. Along with Jean Prouvé, Mathieu Matégot and others, Mouille brought a fresh, modern aesthetic to metalwork, one of the most tradition-bound mediums in the decorative arts.


Mouille (pronounced: MWEE) was born to a working Parisian family. At age 15, he took up studies in the metalworking atelier of that École des Arts Appliqués, under the tutelage of the goldsmith and sculptor Gabriel Lacroix. After graduating, in 1941, Mouille worked in Lacroix’s studio and began teaching at the School of Applied Arts four years later. In the early 1950s, bothered by the preponderance of new Italian lamps and chandeliers on the market and consumed with the belief that fixtures by Gino Sarfatti and others were unnecessarily complex, Mouille opened a lighting-design workshop. He quickly won commissions from several French schools and libraries. In 1956, the influential Paris gallerist Steph Simon — who also promoted Prouvé, Charlotte Perriand and Isamu Noguchi — began to show Mouille designs, introducing his work to private collectors. Mouille would continue making handcrafted lighting fixtures at a slow but steady pace until 1964, when he stopped working to begin a long course of treatment for tuberculosis. When it was completed, Mouille returned to teaching at the École des Arts Appliqués for the remainder of his career.


With the biomorphic shades and long armatures of his fixtures, Mouille created one of the most engaging and idiosyncratic lighting aesthetics of his time. Though often described as “insect-like,” his pieces have more in common with the fluid, buoyant forms in the paintings of Jean Arp. (Mouille designed several cylindrical or columnar lamps; though highly collectible, those are interesting outliers in his body of work.) As with Prouvé’s folded metal forms and Matégot’s perforated steel, Mouille brought a novel lightness and energy to metal furnishings. Since Mouille’s designs found renewed popularity in the early 2000s, licensed re-editions of his pieces are being produced. The disparity in price between vintage and current-day Mouille pieces is great. Older works — identification tip: the interior white reflective enameling has a yellowish cast — cost $20,000 to $40,000, and newer pieces go for 10 to 20 percent less than that. As you will see on these pages, Serge Mouille created icons of 20th century design — at once sleek, suave and friendly — that belong in any modern decor.

Iconic Designs from Serge Mouille
Explore timeless pieces that have earned their place in history. 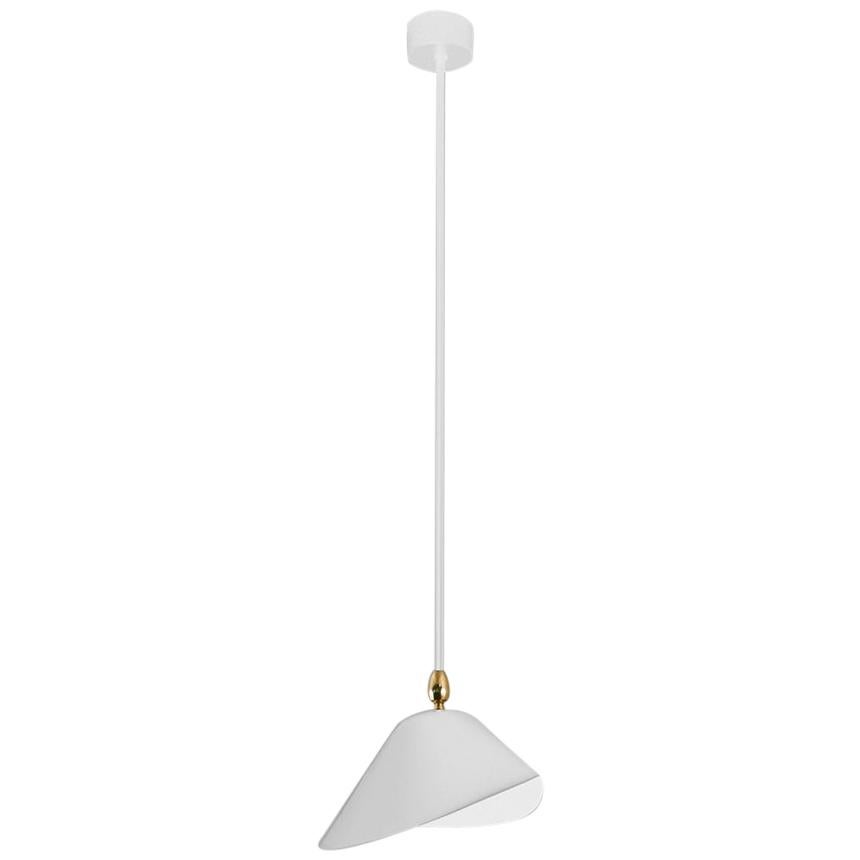 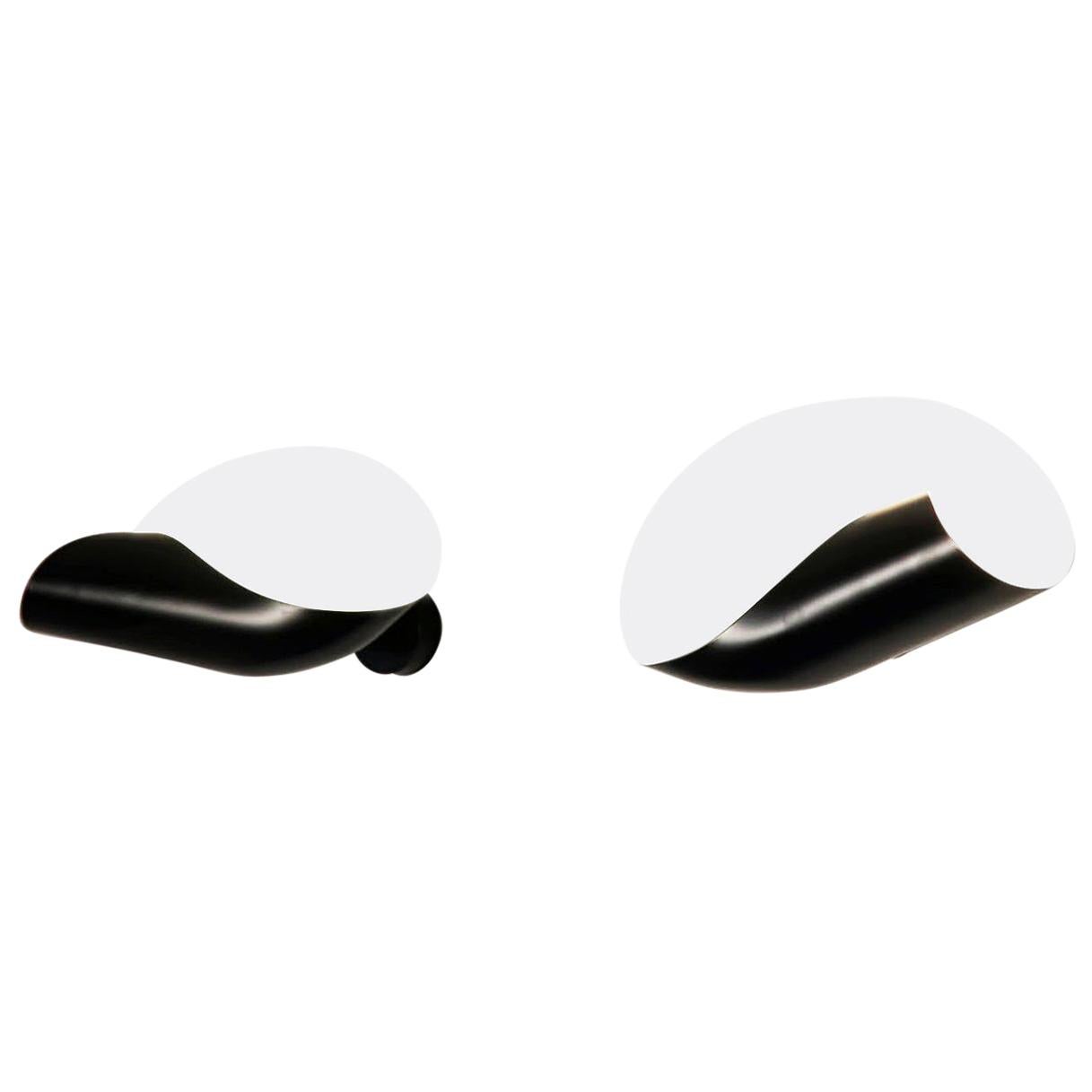 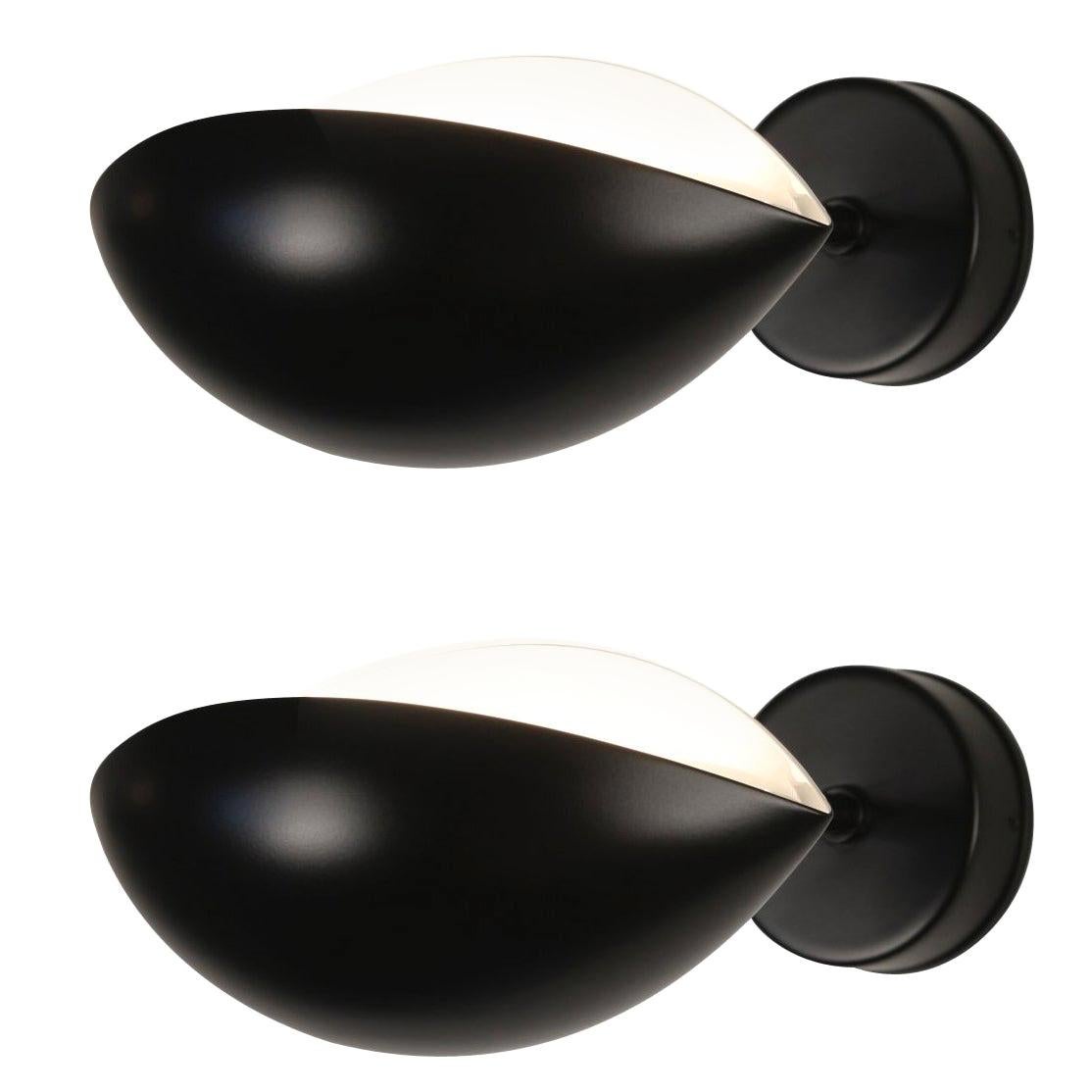 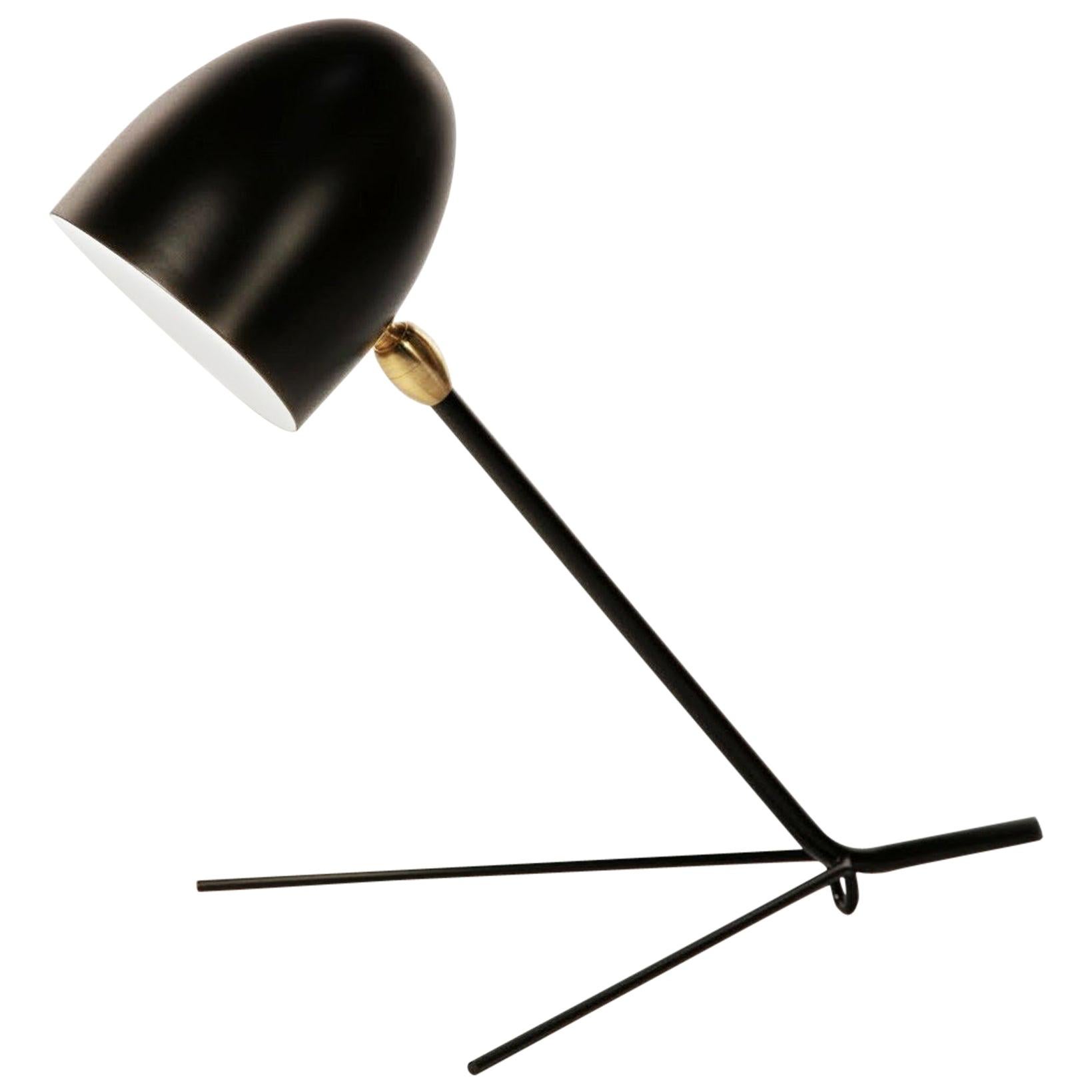 Serge Mouille 3 Arms Floor Lamp Standing Lamp
By Serge Mouille
Located in London, GB
The Lampadaire trois bras created in 1952 for the Compagnie des Arts français, at the urging of Jacques Adnet, who was keen to have a "large floor lamp but who also gave Serge Mouill...
Category

Serge Mouille Spider Ceiling Lamp 7 Arms
By Serge Mouille
Located in Brooklyn, NY
This ceiling lamp is an authorized re-edition, produced by the Serge Mouille family at the site of his original workshop. With seven adjustable shade on fixed arms of different le...
Category

Three-Arm Ceiling Lamp in Black by Serge Mouille
By Serge Mouille
Located in Brooklyn, NY
Simple and elegant, this ceiling lamp makes a dramatic addition to a variety of room settings. With three rotating arms of differing lengths and heads that revolve and tilt, this lam...
Category

Sconce B206 by Michel Buffet
By Serge Mouille
Located in Brooklyn, NY
A simple design, elegantly executed with subtle curves. The bulb is wrapped and hidden from view while the light is projected out. Enameled aluminum.
Category

Sconce B206 by Michel Buffet

Standing One-Arm Lamp by Serge Mouille
By Serge Mouille
Located in Brooklyn, NY
Clean, simple lines describe the elegance of this Serge Mouille floor lamp. A long, slender arm, supported by a tapered triangular base, allows the swiveling shade to illuminate at a...
Category

Serge Mouille Three-Arm Floor Lamp Standing Lamp 2
By Serge Mouille
Located in London, GB
The Lampadaire trois bras created in 1952 for the Compagnie des Arts français, at the urging of Jacques Adnet, who was keen to have a "large floor lamp but who also gave Serge Mouill...
Category