Sam Hugh Harris is an international artist, who was born in Los Angeles, California, in 1919. He is the son of the renowned plein-air California Impressionist painter Samuel Hyde Harris. Harris was determined to become an artist from an early age, and undoubtedly received his first artistic training from his father from whom he adopted a bright high-keyed palette and lively Impressionist brushwork. Having received a strong fundamental artistic training from his father, Harris was awarded a four-year scholarship to the Otis College of Art and Design in Los Angeles, where he studied alongside such prominent West Coast artists as Ralph Homes and Alexander Brook. Harris was stationed in Asia during the Second World War, where he had the opportunity to study the art of Chinese silk and rice paper painting in the province of Kunming. In India, Harris painted large murals for the United States Special Services. When Harris returned from the war, he moved to the idyllic peninsula of Monterey where he painted out-of-doors and continued to study at the Carmel Art Institute. The Carmel Art Institute was established in 1937 by the artists Armin Hansen, Paul Whitmans and John Cunningham. Drawing on its international connections, the Carmel Art Institute attracted European artists such as Ferdinand Leger, Alexander Archipenko, and Salvador Dali to teach there. Harris was influenced by this group of European avant-garde artists and his style changed from an Impressionistic landscape style like that of his father and the first generation of California Impressionists to a more expressive and fauvist idiom. Seeking further artistic inspiration, the artist moved to Europe where his career found the most success. Harris would spend the majority of his career in Europe settling first in Paris for five years before eventually moving to Rome where met his wife, Silvana. Harris currently lives in Monterey, California, with his wife. Harris has enjoyed a career full of award-winning exhibitions, extensive travels, and a longstanding relationship with the Carmel Art Institute, at which he once served as Director. A prolific artist, Harris continues to paint and exhibits frequently at the Carmel Art Institute. 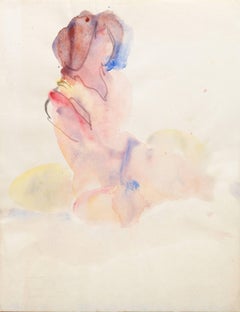 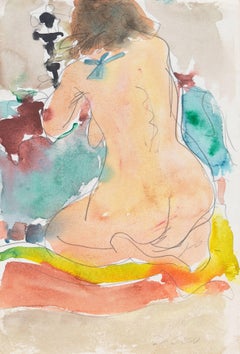