Robert Ingersoll Aitken was born in the USA in 1878. He is of importance, having been cast and mounted to honor John DeWitt Warner, an influential lawyer, congressman and supporter of the arts in the late 19th and early 20th centuries. Warner was a founder of the National Sculpture Society, the association of professional sculptors in America, and the oldest. Aitken was one of the deans of American sculpture in the early 20th century, sculpting the figure atop the Dewey Monument in Union Square, San Francisco, the west pediment of the Supreme Court Building in Washington, D.C., and the Liberty Memorial in Kansas City.

Highly Important First Casting of "Mother and Child" by Aitken 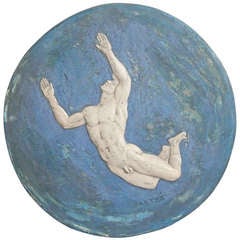 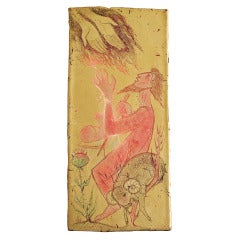 "Here Am I," Highly Important Glass Panel by Edris Eckhardt

"Mother and Child" by Kai Nielsen for Bing & Grondahl

"Head and Hand," Important Sculpture by Cecere for Albert Einstein