Rezso Burghardt is a well known and highly regarded Hungarian painter. His formal training began in Budapest from 1903–11, and he continued his studies in Milan, Rome, Paris and London. Burghardt returned to Budapest at the Academy of Fine Art in Gyula Benczur from 1913–19, where he later taught from 1937–48. In 1904, Burghardt began exhibiting his work and received accolades from the artistic Community both nationally and abroad. He received several medals for juried exhibitions and official awards, including the prestigious National Art Award in 1952. Common subject matter addressed in Burghardt's work are landscapes, city views and nuanced still-life paintings. His depictions of women and his ability to reproduce the atmosphere of intimacy have also been highlighted by critics and audiences alike. 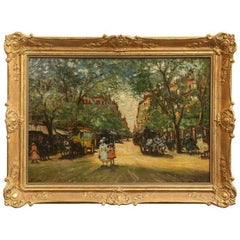 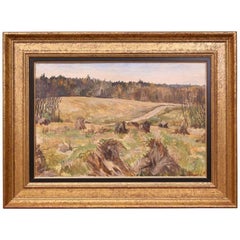 Afternoon in the Village
By Guy Cambier
Located in Houston, TX
Category