Pietro Barucci was an Italian painter that specialized in landscape and genre paintings of the Roman Campagna, the Apennines and the Maremma. Born on April 20, in Rome, Italy in 1845, Pietro Barucci started as a self-taught artist who enjoyed painting scenes of his hometown. Eventually, he began attending the Accademia di San Luca, where he became the student of fellow Italian painter and architect Achille Vertunni. He began to collaborate with Vertunni to help meet the demand for his teacher’s work, developing his landscape painting skills along the way. In time, he became independent of his teacher and developed his client base, becoming highly sought after by upper-class citizens of North America and Europe for his Roman landscape paintings. He showed his works in multiple exhibits throughout Europe as well as abroad, among them was the International Exhibition of 1883 in Rome showing Castel Fusano and an exhibition in Chicago in 1893 showing Lake of the Apennines. He passed away on February 23, 1917, in Rome, Italy. 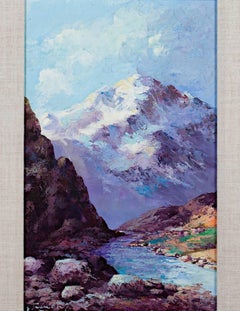 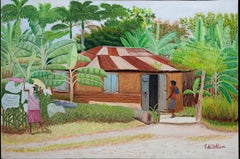