Born Peter Max Finkelstein in Berlin in 1937, psychedelic Pop art icon Peter Max spent the first part of his childhood in Shanghai after his parents emigrated from Germany to flee the Nazis. While there, Max developed not only his passion for creating art, but also his deep interest in American pop culture — namely comic books, jazz and cinema. Max’s paintings, graphic design and illustrations, which were inspired by these interests, were also informed by his experience with synesthesia, a sensory condition that causes him to see music and hear color.

After relocating to Haifa, Israel, then Paris, where he spent a significant amount of time in sketching classes at the Louvre, a teenage Max and his family finally moved to the United States, settling in Brooklyn. Max enrolled in the Art Students League of New York in 1956, training under Frank J. Reilly, and then the School of Visual Arts. Throughout art school, Max focused on photorealism, but he found the style too restrictive. When he graduated and opened his graphic design studio with friends in 1962, he began experimenting with abstraction and color — just in time for the psychedelic era.

The technicolor works for which Max would become known are characterized by big and bold graphic qualities — not dissimilar to what you’d find in his beloved comic books. Some deeper themes emerged across his work too: Max spent a good portion of the 1960s and 1970s creating his signature cosmic style, inspired by his fascination with astronomy and Eastern philosophies.

For Max and his partners, the graphic design business was highly successful, with commissions rolling in from advertising agencies, magazines and even Hollywood in the form of movie posters. The artist was featured on the cover of Life in 1969, and by the 1970s, he was practically a household name. Max's body of work extended into product design, including a line of clocks for General Electric, while his domination of the commercial art scene continued for decades. He was commissioned to paint a postage stamp honoring the World’s Fair of 1974 (Expo ‘74); a Statue of Liberty series in which some proceeds went on to fund the statue’s restoration; posters and other advertising materials for major events like the Super Bowl, the U.S. Open and the Grammys; a Dale Earnhardt race car; and even the hull of the Norwegian Breakaway cruise ship.

Commercial activities aside, Max has long been the subject of many museum exhibitions, from his first solo show in 1970, “The World of Peter Max,” at the M.H. de Young Memorial Museum in San Francisco to 2016's “Peter Max: 50 Years of Cosmic Dreaming” at the Tampa Museum of Art in Florida. Today, his work belongs to the collections of the Museum of Modern Art in New York, the Philadelphia Museum of Art and other institutions.

Find an explosively vibrant collection of Peter Max paintings, prints and other works on 1stDibs.

Peter Max Pop Art Italian Silk Necktie, 1960's
By Peter Max
Located in Atlanta, GA
Peter Max made a name for himself in the 1960's by incorporating cultural influences of the psychedelic era into his pop art including wearable art such as this mod Italian silk neck...
Category 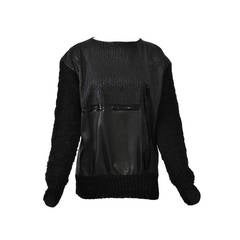 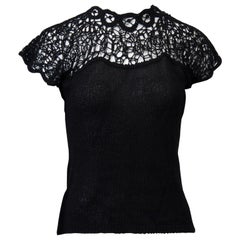