Penelope Bennett was born in London, England, where she received her early education. Later, her family emigrated to the United States, and in New York, she attended Hunter College, where she majored in arts as well as The Cooper Union. After working in design for five years, Bennett returned to Europe, setting up her studio in Catalonia, where she was able to devote herself to art for 13 years. During that sojourn in Spain, inspired by the harsh contrast between sunshine and shade, Bennett found herself drawn to making woodcuts and linocuts. Later, returning to the United States, she came to live in Vermont, and bought a sizable printing press, realizing that the print medium of today is one of the most thriving, inventive and rich art forms. She was able to increase her printmaking skills at Two Rivers Printmaking Studio, where Bennett learned to make etchings, drypoint, monoprint and wood engraving. Over the years, Bennett has shown her works in Spain, England (the Royal Academy), and the U.S. She has been commissioned to make print editions and has received commissions from the City University of New York for graphic murals. Her prints are in the collections of the University of Vermont, the University of New Hampshire, Dartmouth College's Hood Museum of Art, St Joseph College, Minnesota, Museo de Bellas Artes, Mexico City, as well as in private collections. 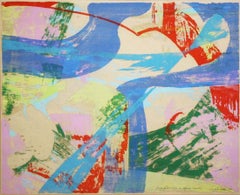 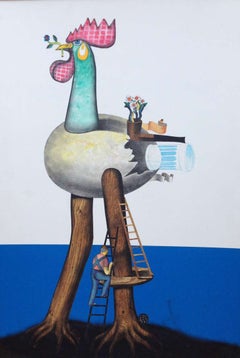 “The Bathers”
By Emil Ganso
Located in Southampton, NY
Category