Norio Azuma was born in Kii-Nagashima-Cho, Japan, on November 23, 1928. He studied art while he was young in his native Japan. After emigrating at some point to the United States, Azuma then continued his art studies at the Chouinard Art Institute in Los Angeles and then at the Art Students League in New York City. Azuma worked as a printmaker, experimenting with creating serigraphs on canvas rather than paper, which was a relatively new development for Modernist practitioners of the craft and in the evolution of printmaking. What makes Norio Azuma's period Modernist vintage color serigraphs different from other silkscreen fine art prints, was his use of fine linen or finely woven canvas as a printing surface, rather than artist paper, as was used by most other printmakers, which helped him to be well known worldwide. His work can be found in numerous collections, including the Whitney Museum of Art, Brooklyn Museum of Art, Seattle Art Museum, Cleveland Museum of Art, Smithsonian Institute and Library of Congress. Azuma died in New York on February 4, 2004. 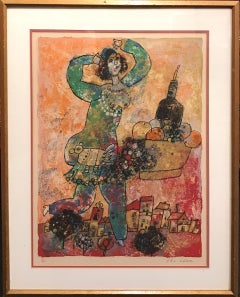 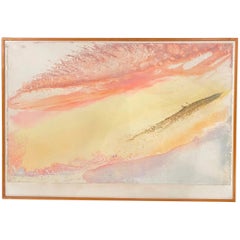