Nicolas Bèatrizet was a 16th-century French engraver, active in Rome. It was assumed that he was a student of Italian engravers, Giorgio Ghisi and Agostino Veneziano, because of their similar styles. From 1540–60, he engraved under the direction of Michelangelo. Joseph Strutt said about the importance of Béatrizet’s works, “o me, they seem to seek any requisite that a fine engraving ought to possess, namely drawing, character, effect, and mechanical execution.”

(Biography provided by Wallector)
Applied Filters1 result
Creator:Nicolas Beatrizet
to
1
Item Ships From
1
Height
to
Width
to
1
1
1
10,171
2,532
2,156
1,635
1
1
1
The Sacrifice of Iphigenia
By Nicolas Beatrizet
Located in Roma, IT
Black and white etching and drypoint on wire rod paper, representing the myth of the sacrifice of Iphigenia. On the altar is inscribed "Iphigenia" in capital letters. On the lower le...
Category 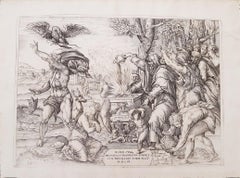 Nicolas Beatrizet
The Sacrifice of Iphigenia, 1553

Related Items
Study of Six Heads and a Dog - Original Etching by J.-J. Boissieu
By Jean-Jacques de Boissieu
Located in Roma, IT
Category 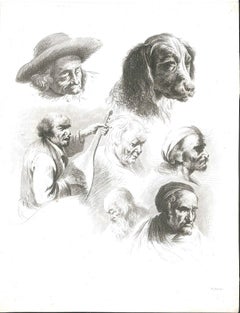 Jean-Jacques de Boissieu
Study of Six Heads and a Dog - Original Etching by J.-J. Boissieu, Second Half of 18th Century 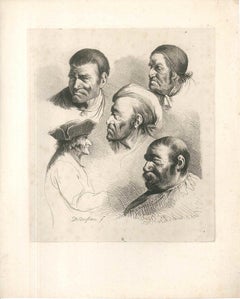 The Ceremonies and Religious Customs of the Various Nations of the Known World
By Bernard Picart
Located in Roma, IT
Category

Bernard Picart
The Ceremonies and Religious Customs of the Various Nations of the Known World, 1733-1739