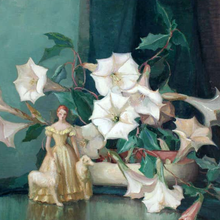 Nell Walker Warner was born in Richardson County, Nebraska. She was educated in Colorado Springs, Colorado, and graduated from the Lexington College in Missouri in 1910. She moved to California in 1916, where she studied and graduated from the Los Angeles School of Art and Design. After her marriage to Dr. Bion Smith Warner in 1920, the couple settled in La Cañada Flintridge. During the 1920s, Warner was the curator of the Tuesday Afternoon Club in Los Angeles and further studied with Nicolai Fechin, Paul Lauritz and Fritz Werner. Warner’s floral paintings are radiant; an article in the Christian Science Monitor stated, “California flowers allow Nell Walker Warner to continue a work that has acclaimed her America's foremost painter of flowers.” Anthony Anderson, Los Angeles Times critic, characterized Warner as “Possibly one of the ablest painters of flower studies America has ever produced.” Although best known for her floral still lifes, Warner's versatility as a painter can be seen in her California landscapes and her works from three summers spent in Maine and New England painting fishing boats, wharves and surf. Financially secure, Warner was able to travel abroad and further study with French and Spanish masters. In 1950, she moved to Carmel, where she remained until her death. 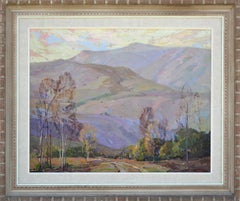 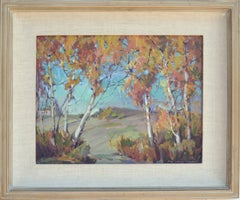 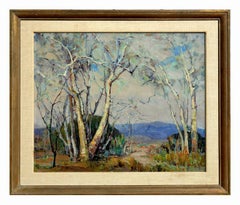 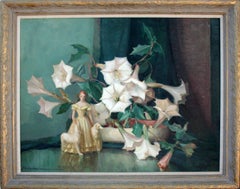