A man of immense talent, Morgan Colt was one of the most versatile members of the New Hope Art Colony, successfully establishing himself as an artist, architect, designer and craftsman. He was born in Summit, New Jersey, in 1876. Colt received his degree from the Columbia University School of Architecture, and later he studied with William Lathrop near New Hope and at the Académie Julian in Paris. He exhibited frequently at the Pennsylvania Academy of the Fine Arts, the National Academy of Design, the Phillips Miss and at the Art Institute of Chicago. Colt began his career as an architect in New York. He and his wife eventually decided to move to the New Hope area in 1911. They were attracted to the ruins of an ancient pig sty on artist William Lathrop’s property at Phillips Mill, just north of New Hope. Lathrop, who had taught Colt, sold them the parcel. Colt transformed the ruins into the first of several unique homes bearing his architectural signature in the area. His design was that of an English Tudor manor with leaded glass windows, a slate roof and ornately carved woodwork and doors in the Gothic Style. It was said of an admirer, “The one-time pig pen has budded, leaved and blossomed into one of the most charming abodes a vivid fancy could imagine. The woodwork of its doorways is enriched with exquisite Gothic detail, and its walls are festooned with vines and carvings wrought in the stone.” Nearby was Colt’s Gothic Shop, a group of small buildings of matching architecture where he sold ornamental iron work, garden furniture, tooled copper and leather work, carved wood and painted furniture, and doors and chests of which he designed. These were all handcrafted on the premises by Colt and his staff.

Colt was intrigued by Gothic and Italian Renaissance motifs. Besides all types of indoor and outdoor furniture, one could buy or custom order fireplace implements, metal trays, lighting, folding screens, doorsteps, etc. He was exceptionally fond of chests and loved to add his signature touch to older ones. In 1924, when John Folinsbee decided to build a new home, Morgan Colt was called in to take on the project. He not only designed the house, but all the doors, lighting and ironwork as well. Colt’s greatest passion and possibly most gifted talent was painting. His paintings are well-composed, using small dashing brush strokes, and a light, fresh palette. Colt was a very competent draftsman in addition to having the ability to delicately utilize light in his paintings. Primarily painting the local Bucks County landscape and the environs surrounding his complex at Phillips Mill, Colt often visited family in Shinnecock, Long Island, where he enjoyed painting the dunes and rough waters of the Atlantic. Like his contemporaries, Rae Sloan Bredin and Robert Spencer, Colt’s life ended prematurely at the young age of 50. He suffered from a history of heart disease, which ultimately ended his life. He left behind a legacy of paintings, a wealth of unique objects of his own design and making by the Gothic Shops, as well as adding additional charm to the New Hope Art Colony from the homes and buildings of his creation that still remain today. 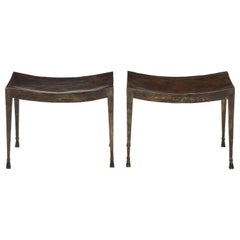 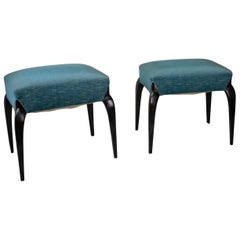