Michael Chaplin is a British artist, born in 1943. He is known in Britain and internationally as a painter, etcher, writer, teacher and television personality. He originally trained at Watford School of Art and after teaching art, in Hertfordshire schools, he did a post-graduate course in printmaking, at Brighton College of Art. Chaplin is a member of the Royal Watercolor Society, past Vice- President of the Royal Society of Painter-Printmakers and President of the Royal Tunbridge Wells Art Society. Chaplin worked with the family of J M W Turner, The Royal Academy and Winsor & Newton, to establish The Winsor & Newton Turner Award for Watercolor, as part of the “Royal Academy Summer Exhibition,” now established as a feature of the “Summer Exhibition,” which has Chaplin as one of the judges. His work, both in painting and printmaking, has made him one of Britain’s most well-known painters, and he is represented in many public and private collections worldwide. 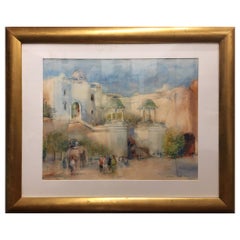 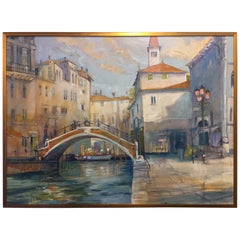 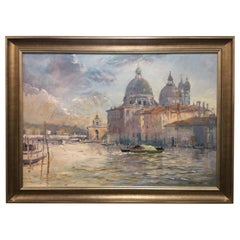