Mark Elliott Bulwinkle lives in Oakland, California. He received a BFA from the University of Pittsburgh in 1968 and an MFA in printmaking from the San Francisco Art Institute in 1974. He then attended the San Francisco John O'Connell Trade School in 1975, where he studied and practiced industrial welding. He worked for the next 12 years building and repairing really big things, mostly ships and other ocean-going vessels, as a production stick welder and burner. On his website, Bulwinkle is described as “the inventor of rust.” In 2010, Mark Elliott Bulwinkle wrote, “I still live and work as a graphic artist, sculptor, forklift mechanic, etc. — whatever — at my studio/yard/garden in Oakland, California, USA.” 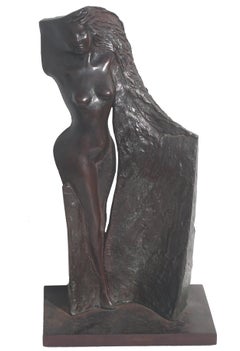 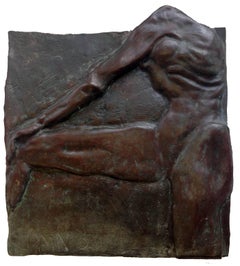 Torso of A Woman Sculpture
By Doris Warner
Located in Soquel, CA
Category

Spirit of '76 by Jere
By Malcolm Moran
Located in Soquel, CA
Category