Pierre Marie Brisson, a contemporary artist with a studio in the South of France, was born in Orleans, France in 1955. He began to show an interest in painting around the age of 14. Though he worked in a variety of non-art related positions, eventually he acquiesced to his passion and devoted his life to creative endeavors. He met and studied with painter Bernard Saby during his teenage years, and then settled in Paris in 1979 to study James Coignard, Antoni Clave, Joan Miro, and Antoni Tapies. Brisson’s works have often been compared to cave drawings. The simplicity of the images used is intended to contrast with the textured elements in his work, to give the impression of being both timeless as well as chic and current. Brisson’s work is displayed in the Fine Arts Museum of San Francisco, San Francisco Museum of Art, Fort Lauderdale Jewish Museum, New York George Page Museum, Los Angeles Bibliotheque Nationale, Paris Musee de la Poste, Paris Pushkin Museum, Moscow Musee Faure, haute couture Paris Groupe Cartier, and the Argentina Musee de L’Hospice Saint-Roch, among many others.

PORTRAIT
By Pierre Marie Brisson
Located in Aventura, FL
Hand signed and numbered carborundum etching. Edition of 95. Artwork is in excellent condition. Certificate of Authenticity included. All reasonable offers will be considered.
Category 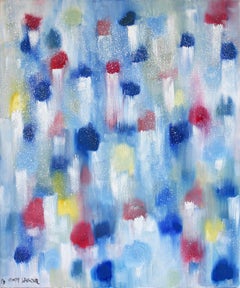 Once in a While
By Cindy Shaoul
Located in New York, NY
Category 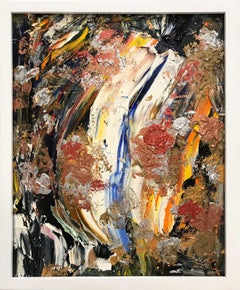 Aiming For Your Heart
By Cindy Shaoul
Located in New York, NY
Category

Cindy Shaoul
Aiming For Your Heart, 2018

H 41.5 in. W 37.75 in.
Untitled
By Pierre Marie Brisson
Located in San Francisco, CA
This artwork is a carborundum etching with embossing on hand made Moulin de Laroque paper, by artist Pierre Marie Brisson (French, born 1955) It is signed and numbered 38/75 in penci...
Category