Katherine Barieau was among the artists associated with the University of California at Berkeley in the 1950s. She remained active in the regional art scene throughout the following decades, producing abstract and figurative work in oil, acrylic, watercolor, mixed media and collage. The daughter of Scottish immigrants, Barieau was raised in Cambridge, MA. She graduated from Wellesley College (BA, 1938) and later settled in California. Her art studies culminated with her enrollment in the art department at the University California, Berkeley (MFA, 1953). A quote from a 1992 artist statement reads, "I was caught up in the wave of Abstract Expressionism and influenced by the riches in the Unconscious (I had a Jungian therapist). I have never ceased to experiment with media and searching to find how best to express inner ideas. It was wonderful to be exposed to established and active painters, to have a chance to study with experienced painters, to have friends who were also exploring and involved."

Barieau’s teachers included John Haley, James McCray, Glenn Wessels and Felix Ruvolo. Her friends included fellow UC students Paul Wonner, Theophilus Brown, Jerrold Davis as well as Richard Diebenkorn after his return to Berkeley in 1953. Barieau also studied with the California watercolorist Alexander Nepote and with the New York School Abstract Expressionists Esteban Vicente and Kyle Morris. Like many others of her generation in the Bay Area, the artist also worked in a figurative style in the 1950s and later. Over the years, she took interest in a variety of subjects. Her travels in California, Britain, Egypt and elsewhere also influenced her art. The artist exhibited in New York at the Van Diemen-Lilienfeld Galleries (1958 solo show and group shows) and at many venues in the San Francisco region, including the Lucien Labaudt Gallery. Her last gallery show (a retrospective) was held in San Francisco in 2009.

Barieau also taught, most notably, as instructor of painting and later assistant professor at the California College of Art. A set of course materials she prepared in 1961 included a statement of advice that captured her own philosophy as an artist: "Do not accept an academic reproduction of the figure on your canvas. Look until you can feel an individual reaction to the relationships of the space. Your expressions of your reaction are related to your sense of personal freedom. Aim for freedom." 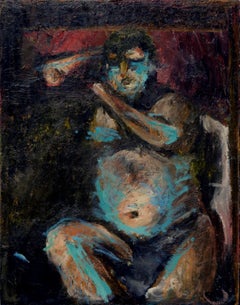 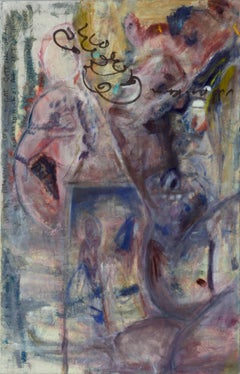