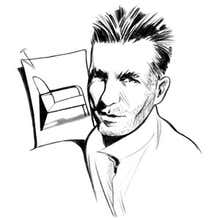 Engineer and metalsmith, self-taught designer and architect, manufacturer and teacher, Jean Prouvé was a key force in the evolution of 20th-century French design, introducing a style that combined economy of means and stylistic chic. Along with his frequent client and collaborator Le Corbusier and others, Prouvé, using his practical skills and his understanding of industrial materials, steered French modernism onto a path that fostered principled, democratic approaches to architecture and design.


Prouvé was born in Nancy, a city with a deep association with the decorative arts. (It is home, for example, to the famed Daum crystal manufactory.) His father, Victor Prouvé, was a ceramist and a friend and co-worker of such stars of the Art Nouveau era as glass artist Émile Gallé and furniture maker Louis Majorelle. Jean Prouvé apprenticed to a blacksmith, studied engineering, and produced ironwork for such greats of French modernism as the architect Robert Mallet-Stevens. In 1931, he opened the firm Atelier Prouvé. There, he perfected techniques in folded metal that resulted in his Standard chair (1934) and other designs aimed at institutions such as schools and hospitals.


During World War II, Prouvé was a member of the French Resistance, and his first postwar efforts were devoted to designing metal pre-fab housing for those left homeless by the conflict. In the 1950s, Prouvé would unite with Charlotte Perriand and Pierre Jeanneret (Le Corbusier’s cousin) on numerous design projects. In 1952, he and Perriand and artist Sonia Delaunay created pieces for the Cité Internationale Universitaire foundation in Paris, which included the colorful, segmented bookshelves that are likely Prouvé’s and Perriand’s best-known designs. The pair also collaborated on 1954’s Antony line of furniture, which again, like the works on 1stDibs, demonstrated a facility for combining material strength with lightness of form.


Prouvé spent his latter decades mostly as a teacher. His work has recently won new appreciation: in 2008 the hotelier Andre Balazs purchased at auction (hammer price: just under $5 million) the Maison Tropicale, a 1951 architectural prototype house that could be shipped flat-packed, and was meant for use by Air France employees in the Congo. Other current Prouvé collectors include Brad Pitt, Larry Gagosian, Martha Stewart and the fashion designer Marc Jacobs. The rediscovery of Jean Prouvé — given not only the aesthetic and practical power of his designs, but also the social conscience his work represents — marks one of the signal “good” aspects of collecting vintage 20th century design. An appreciation of Jean Prouvé is an appreciation of human decency.

Iconic Designs from Jean Prouvé
Explore timeless pieces that have earned their place in history. 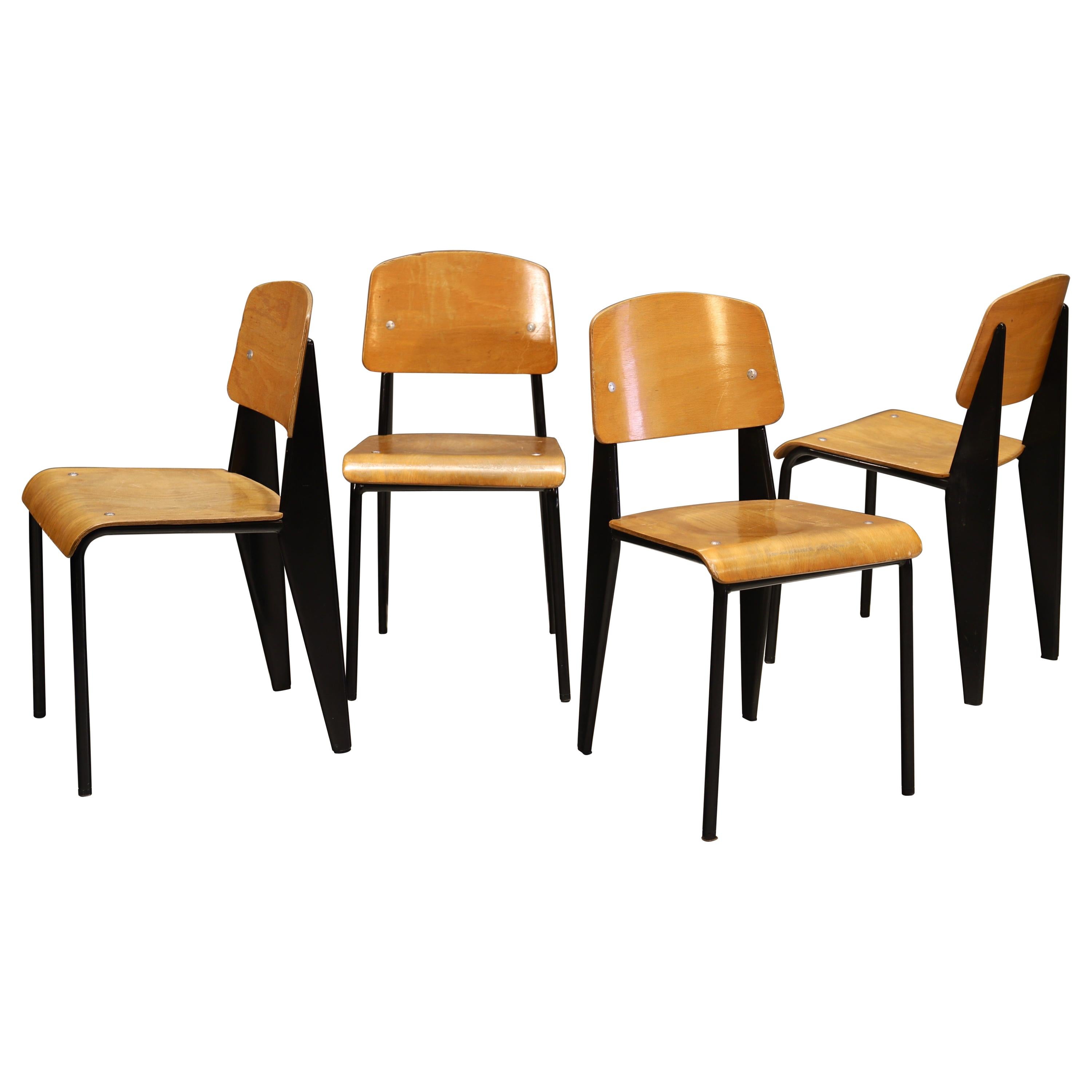 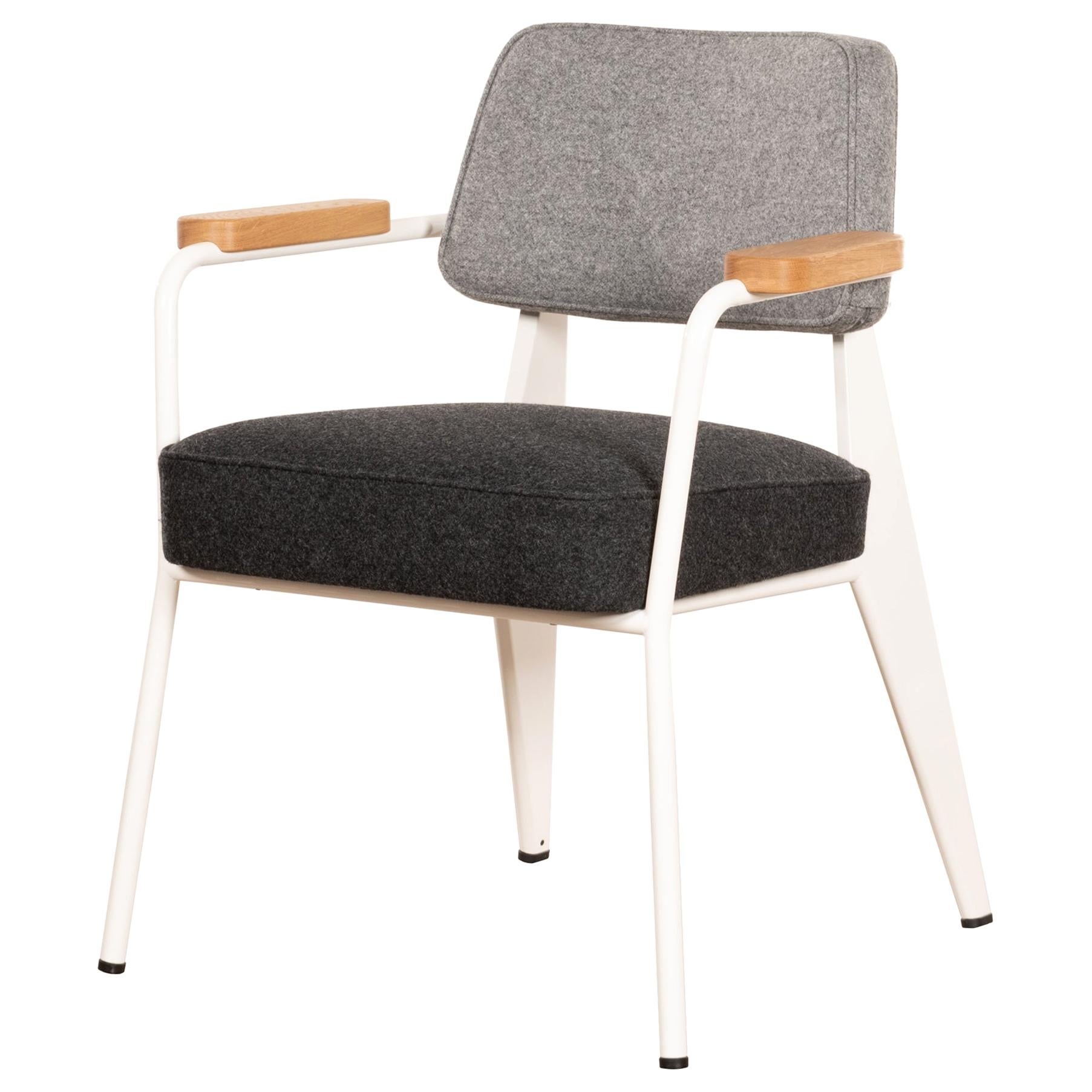 Jean Prouvé, Cité Armchair by Vitra 2002 Chair, 1930 Cité Universitaire Nancy
By Vitra, Jean Prouvé
Located in Munster, NRW
The Cité armchair is an early masterpiece by the French designer and engineer Jean Prouvé. Designed in 1930 for a competition to furnish the student residence halls at the Cité U...
Category

Jean Prouvé S.C.A.L Daybed n°452, circa 1950
By Jean Prouvé
Located in Tokyo, JP
S.C.A.L daybed n°452 designed by Jean Prouvé in 1950s for Cansado in Mauritania. Mahogany veneered end panels and lacquered steel. The mattress and bolster are newly made with the ...
Category

Jean Prouvé Daybed in Off-White Metal and Wood, circa 1950
By Jean Prouvé
Located in Barcelona, Barcelona
Daybed designed by Jean Prouvé manufactured by Ateliers Prouvé (France), circa 1950. In good condition, with minor wear consistent with age and use, preserving a beautiful patina....
Category

Jean Prouvé Daybed in Off-White Metal and Wood, circa 1950

Jean Prouvé, Desk with Compas Base, Variant with Tube Legs, 1955

Pair of Jean Prouvé Mid Century Modern Upholstered Standard Chairs, circa 1950
By Jean Prouvé
Located in Barcelona, Barcelona
Pair of Standard chairs designed by Jean Prouvé. Manufactured by Ateliers Prouve, France, circa 1950. Model 305 in wood, upholstered in red many years ago by the previous owner. ...
Category

Jean Prouvé, Bed No.17, circa 1935
By Jean Prouvé
Located in Brooklyn, NY
A great early Jean Prouvé bed, circa1935 from the Lycée Fabert, Metz. Original paint. Cushion is a newer replacement.
Category

Explore the work of the world's best interior designers