James Peter Quinn was born on 4 December 1869 at 60 Bourke Street, Melbourne. He was the third son of John Quinn, a restaurant-keeper born in Antigua, West Indies and his English wife Ann née Long. Little is known of Quinn's childhood and early education, both parents died when he was young. His guardians apprenticed him to an engraver, but he undertook part-time studies at the school of design, National Gallery of Victoria, under Frederick McCubbin in 1887–89 and at the school of painting under George Folingsby and Lindsay Bernard Hall in 1890–93. Awarded several student prizes, he won the gallery's traveling scholarship in 1893. Quinn went to London in 1894, but quickly left for Paris, where he studied at the Académie Julian, Académie des Beaux-Arts under Jean-Paul Laurens and with Colarossi and Delécluse. He returned to London about 1902 and married fellow art-student Blanche Louise Guernier there on 29th September. By 1904, he had exhibited with the Royal Academy of Arts and went on to establish a reputation as a highly successful portrait painter. His finest and most sensitive work was produced before 1910. His family was the subject of many paintings, including Mère et Fils, awarded an honorable mention at the Old Salon, Paris, in 1912. Quinn also painted many self-portraits. His many commissioned works included portraits of Joseph Chamberlain, the Duchess of York and later, the Duke of Windsor. In 1918–19, he was an official war artist with the Australian Imperial Force in France and exhibited war paintings at the Grafton Galleries, London. In 1919, with George Coates, he was an official artist to the Canadian War Records. He was a council-member of the London Portrait Society and a member of the Royal Society of Portrait Painters and the Royal Institute of Oil Painters, exhibiting regularly with them and the Royal Academy and in Paris with the Old and New salons. Quinn's sudden return to Australia in December 1935, alone, followed the death of his gifted artist-son René. He held exhibitions at the Fine Art Society's Gallery, Melbourne, in 1936 and the Royal South Australian Society of Arts Gallery next year. Quinn ostensibly returned as an acclaimed artist, was invited to rejoin the Victorian Artists' Society he had joined first in 1888 and was its president (but for one year) in 1937–50. Yet a coolness existed. Though he had little in common with the modernist painters of the period, his commitment to a tolerant brotherhood of artists found no allies among the aggressive conservative old guard. In 1937, he clashed publicly with (Sir) Robert Menzies who in opening a V.A.S. exhibition denigrated modern art. Despite the affection felt for him by many artists and students, Quinn was somewhat isolated. He continued to exhibit, winning the Crouch Prize, Ballarat Fine Art Gallery, in 1941. In the mid-1940s, he taught briefly at the National Gallery school. A lover of good food, wine and conversation, Quinn delighted in mixing with all classes. Frequenting the haunts of journalists, writers and the more Bohemian fringe, he was easily recognizable with his bow tie, grey curly hair and a cigarette dangling from the corner of his mouth. Survived by one son, he died of cancer on 18th February 1951 at Prahran and was buried in St Kilda cemetery. His war portraits are held by the Australian War Memorial, Canberra and he is represented in most Australian public collections and major galleries throughout the world. 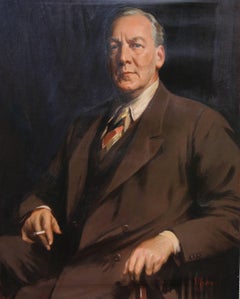 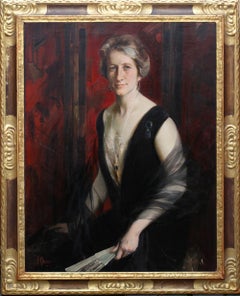 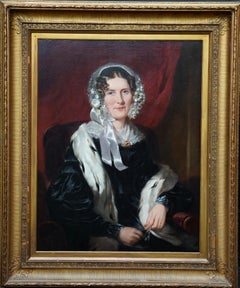