German designer Ingo Maurer (1932–2019) was known as a “poet of light” for how he artfully created lamps that married form and function, from bulbs that soared on goose-feather wings to chandeliers that suspended bursts of shattered tableware like a slow-motion explosion. One of his first lamps, a 1966 design that was merely called Bulb, nested a lightbulb inside a larger glass lightbulb shape, drawing on his connection to German art traditions of reductive forms as well as Pop art and the playful aesthetics of 1960s pop culture. The success of Bulb — its fans included American design icon Charles Eames — led to the founding of his own company to produce this provocative fixture as well as other fantastic lighting designs.

Born on the island of Reichenau in Lake Constance in southern Germany, Maurer apprenticed at a newspaper before moving to the United States in 1960. In New York and California, Maurer initially worked as a graphic designer for IBM and elsewhere before returning to Germany with his then-wife, designer Dorothee Becker, in 1963. The experience that Maurer gained in typography and bold forms was regularly expressed in the lamps crafted by his company, which was called Design M before the name was changed to Ingo Maurer GmbH. The lighting manufacturer is still based in Munich.

Some of Maurer’s pieces were minimal, such as a ceramic table lamp in 1996 he called Broken Egg, which radiated light from a fissure in an oblong shape, while others were monumental, such as the designer’s last completed installation — a colossal chandelier composed of over 3,000 silver-plated leaves — in Munich’s Residenztheater. Maurer was always at the forefront of lighting innovations, exploring holograms, LEDs and OLEDs in his projects. Through his company, the venturesome Maurer also promoted inventive new designers, including Moritz Waldemeyer, whose My New Flame (2012) imagined a futuristic candle with LEDs.

Ingo Maurer GmbH continues to produce the late designer’s distinctive table lamps, chandeliers and other fixtures, including the imaginative Bulb that started it all.

Find a collection of Ingo Maurer lighting designs on 1stDibs.

Iconic Designs from Ingo Maurer
Explore timeless pieces that have earned their place in history. 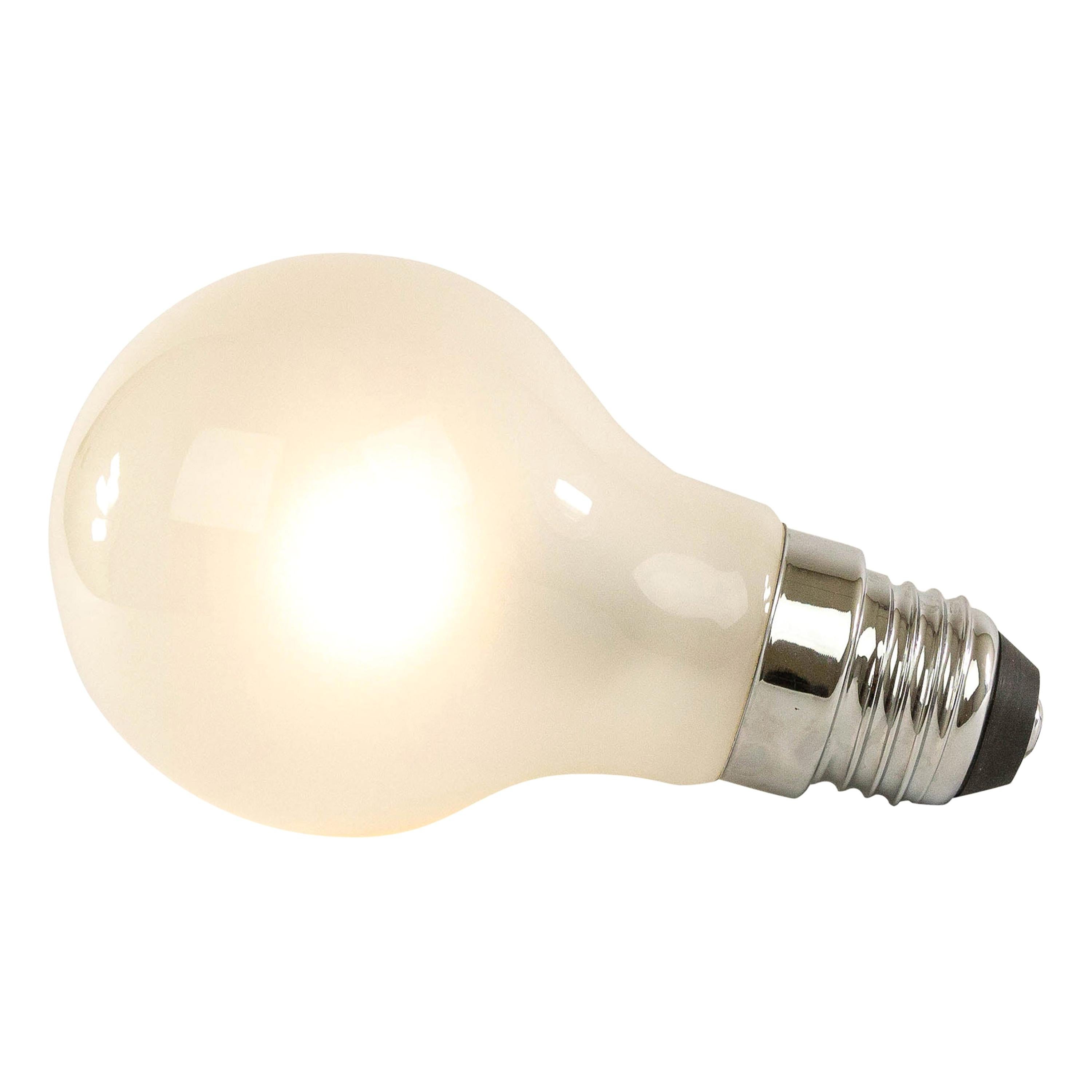 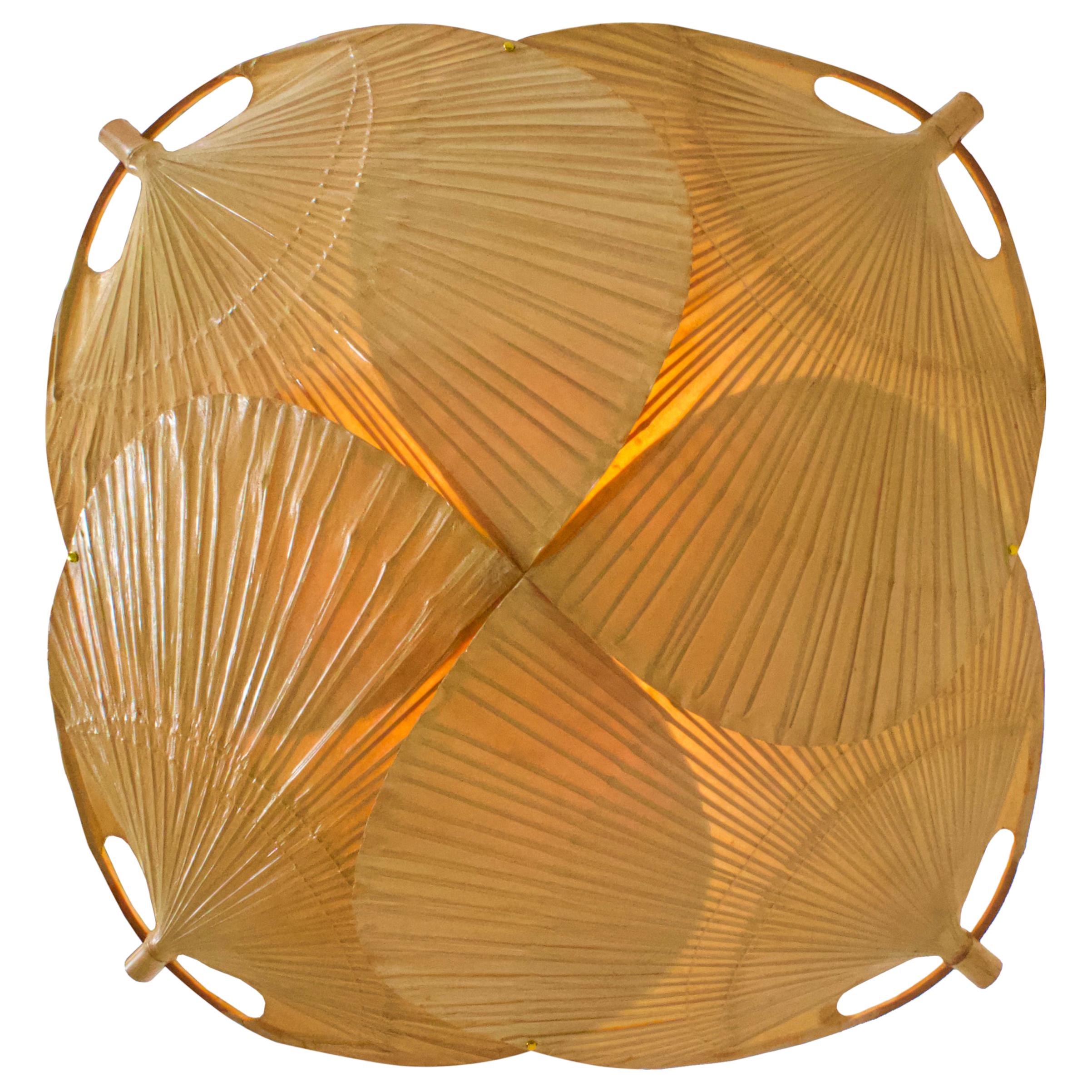 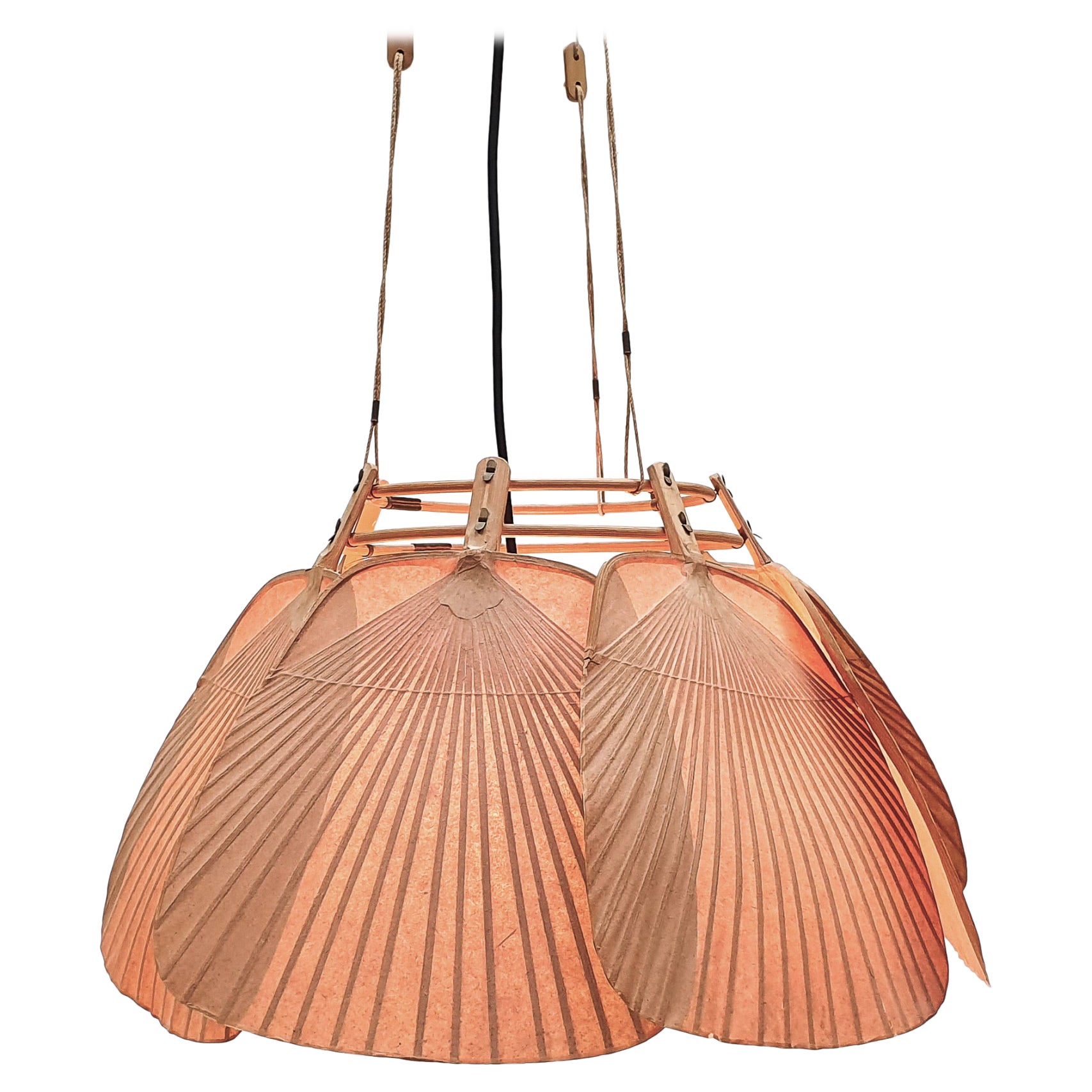 Ingo Maurer, Limited edition Bibibibi lamp, 1982
By Ingo Maurer
Located in Uppsala, SE
Ingo Maurer designed the Bibibibi in 1982 originally as a wedding present for friends. The legs came from a plastic Stork, which Maurer had seen at Woolworths. The birds were sold ou...
Category

One for the Recession Wall Lamp by Ingo Maurer, 1985

Axel Schmid ’24 Karat Blue’ Tablelamp for Ingo Maurer
By Ingo Maurer
Located in Amstelveen, Noord
Metal, four gold leaf plates sealed in acrylic glass. The shades have four holes each, with which they can be suspended on the rods in various angles. The shades for 24 Karat Blau ar...
Category

German Bamboo Floor Lamp in Brass by Ingo Maurer, 1960s
By Ingo Maurer
Located in Clivio, Varese
Amazing floor lamp in bamboo optic made in shiny brass with beautiful patina. Designed from Ingo Maurer, manufactured from MDesign in the 1960s. The lamp is equipped with original ...
Category

Mid Century Table Lamps in Chrome by Ingo Maurer for MDesign, 1970s
By Ingo Maurer
Located in Clivio, Varese
Beautiful set of two table lamps with shiny chromed lamp base and original black foil lampshades. Made in Germany of best craftsmanship in the 1970s. Both lamps are in original shape...
Category

Bulb Table Lamp by Ingo Maurer
By Ingo Maurer
Located in Zagreb, HR
The iconic Bulb table lamp that looks like an oversized light bulb is a real classic by Ingo Maurer since 1966. The one offered here for sale was produced in the 2000s 'This is...
Category

Ingo Maurer, Limited Edition Bibibibi Lamp, 1982
By Ingo Maurer
Located in Uppsala, SE
Ingo Maurer designed the Bibibibi in 1982 originally as a wedding present for friends. The legs came from a plastic stork, which Maurer had seen at Woolworths. The birds were sold ou...
Category

Faux Bamboo Floor Lamp by Ingo Maurer, 1968
By Ingo Maurer
Located in Ottenburg, BE
This ML 1 F 'Bamboo' floor lamp was designed by Ingo Maurer and manufactured in Germany in 1968 Good condition. Comes with a vintage fabric shade. Tested and ready to use wi...
Category

Large 'Bulb' Table or Floor Lamp by Ingo Maurer for M-Design, Opal Glass, 1970s
By Ingo Maurer
Located in Graz, AT
The bulb table lamp was designed by Ingo Maurer and produced by M-design in Munich in the 1970s. It is made of a dark brown metal stand and an opal glass lamp shade in the form of a...
Category

Pair of Floor Lamps by Ron Arad and Ingo Maurer
By Ron Arad, Ingo Maurer
Located in Frankfurt, Hessen, DE
This extraordinary pair of floor lamps created by British designer Ron Arad and German Ingo Maurer. Above the metal base rises a lamp body in honeycomb structure that evokes a blosso...
Category

Pair of Floor Lamps by Ron Arad and Ingo Maurer

Pair of Pollux Lamps / Sconces by Ingo Maurer, Circa 1970

Ingo Maurer Furniture is available for sale on 1stDibs.com. These distinctive objects are frequently made of metal and designed with extraordinary care. There are many options in our Ingo Maurer Furniture collection, although brown editions of this piece are particularly popular. We have 64 vintage editions of these items in stock, while there is also a modern edition to choose from. Many original furniture by Ingo Maurer were created in Europe during the 20th century in the Mid-Century Modern style. If you are looking for additional options, many customers also consider furniture from staff Leuchten Furniture, Hans Kögl Furniture and Wilhelm Wagenfeld Furniture. The prices for Ingo Maurer furniture can vary depending on size, time period and other attributes. The price for these items starts at $362 and tops out at $76,000, while pieces like these can sell for $2,680 on average.