After fleeing Havana as a young man, Hivo Van Teal was able to unleash his artistic sensibilities and launch an award-winning lighting and accessories company. Creating sculpture shapes in acrylic soon became a passion. “In 1974, I opened a 600-square-foot studio close to my house in Miami Beach," Hivo recalls. "Together with Estela, I made my first sculptures named 'Family,' 'Atlanta,' and 'Prism.' A friend of mine who was a furniture representative saw them and exhibited them at a show in Miami Beach. Euster Furniture was one of the most exclusive high-end showrooms in Miami, and Mr. Euster was very impressed with my sculptures and gave us a $10,000 order. And that was the beginning of Van Teal, Inc.”

Soon, art galleries in Florida and retailers such as Saks Fifth Avenue in Bal Harbour, and I. Magnin in Washington, D.C., began selling Van Teal sculptures. In 1976, Van Teal, Inc. opened its first showroom at the High Point Market in North Carolina. Van Teal has been singled-out for excellence by winning First Prize for Contemporary Sculptures from ACCA (1986, 1987, 1989, 1990 and 1992) and received two ARTS Awards (1995 and 1996).

Beautiful Torchiere Floor Lamp by Hivo Van Teal, 1970s, Hand Signature Etched on
By Hivo Van Teal
Located in Mexico City, CDMX
This floor lamp are made in acrylic and aluminum, the electrical system works perfectly. Hivo G. Van Teal is a postwar and contemporary sculptor who was born in 1976.
Category

Large Hivo Van Teal Lucite Abstract Sculpture
By Hivo Van Teal
Located in San Diego, CA
Large abstract Lucite sculpture by Hivo Van Teal. Signed on the base. Minor edge chip located on the inside of one of the pieces.
Category 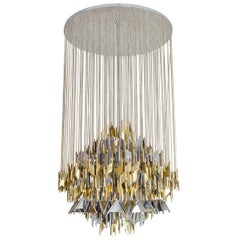 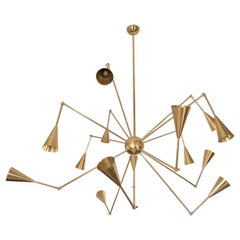 H 31 in. Dm 22 in.
Pair Of Vintage Sculptural Lucite Table Lamps Van Teal
By Hivo Van Teal
Located in Atlanta, GA
A pair of stunning table lamps by Van Teal. Sculptural lucite base and diamond form with free edges. etched signature on the base. Great presence. The base without harp is 21h by 16w.
Category