Hercules Brabazon Brabazon was an English artist, accomplished in Turner manner watercolors. Initially raised in Paris, he moved with his family to Oaklands, an estate near Sedlescombe, East Sussex, in 1832. He attended Harrow School, the École Privat, Geneva and Trinity College, Cambridge, graduating with a B.A. in mathematics in 1844. His father then wanted him to study law but instead, he left England and went to Rome to study music and art, enrolling at the Accademia Nazionale di Santa Cecilia and Accademia di San Luca. His father attempted to make him return by reducing his allowance but in 1847, on the death of his elder brother, he gained financial independence when he inherited family estates in Connacht, the will requiring that he change his surname to Brabazon. From then on, he led a life of travel, art study and painting, inspired by the works of artists such as Velázquez and Turner. In 1858, he inherited Oaklands, whose management he left to his brother-in-law while he continued to travel - mostly in Europe, but with trips to Africa and India - always returning with his watercolors. Describing himself as living "for Art and Sunshine," he viewed himself as a gentleman amateur and did not show or try to sell his work until his mid-70s. With the encouragement of artist friends, particularly John Singer Sargent, he began to exhibit, first at the New English Art Club, followed by successful solo exhibitions at the Goupil Gallery in Bond Street. He died at the height of his success in 1906 and is buried at Sedlescombe. Due to financial problems with the family estate, in 1926 Brabazon's relatives sold the works that they had inherited. The quantity, 3199 over 27 months, seriously devalued their price and Brabazon's reputation. Since the 1980s, however, the art dealership Chris Beetles Ltd has led a revival, and many major museums have examples of his work. 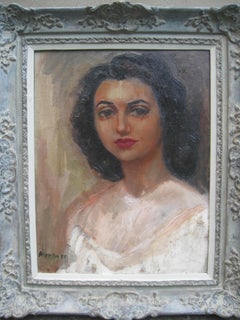