Gustave Bolin settled in France as a young child and lived there all his life except for a few trips, notably to Sweden. He studied under Othon Friesz at the Grande-Chaumière Academy in 1938, before going on to work in the south of France in 1939. He left for Sweden on the outbreak of World War II, then settled in Copenhagen. He secured a visa to return to occupied France and settled for a year in Mirmande in the Drôme department, where he became acquainted with Charles Rollier, Garbell, Tal-Coat and others and took part in a group exhibition in Valence, where he sold his first painting. He lived for a period in Valence and in Marseilles, where he had a studio overlooking the Old Port. He returned to Paris in 1943 and worked out of a studio lent to him by Tal-Coat and then, at the suggestion of Alberto Giacometti, in another studio in the same building as the latter. He married a French woman and spent his time up to the end of the war with his wife's family in Anjou, dividing his time between studios in Paris and Antibes. After the war, Bolin began participating in group exhibitions, notably at the Salon de Mai and Salon d'Automne in Paris and at Major Young Artists of Today and Nouvelles Réalités. In 1977, Bolin's work featured at the Adventure of Pierre Loeb exhibition at the Museum of Modern Art in Paris.

(Biography provided by Gallery of the Masters)
Applied Filters1 result
Creator:Gustave Bolin
1
to
Item Location
1
1
1
1
1
1
1
1
1
1
5,255
1,708
1,506
1,295
"Antibes" Oil on Canvas by G. Bolin
By Gustave Bolin
Located in Mondorf les Bains, LU
Impressionist oil on canvas depicting an animated landscape of Antibes. Signed and dated G. Bolin 55. Gustav Bolin is a painter of Swedish and Russian origin, he was born in Stoc...
Category 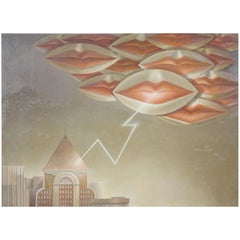 "The Thunder" by Patrick Le Flohic 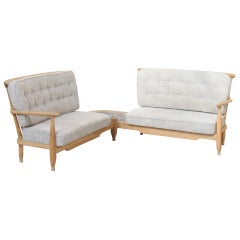 Arc at Floor Lamp by Guzzini

Pair of Sculptures "Guitar and Mandolin Players" by Cheryl Chase